Gardiner Brewing Company came into existence after Colin Boylan, fifth-generation farmer, decided to try growing hops. He and his two sisters, Samantha and Mackenzie, all of whom had grown up working the farm, were considering various ways to diversify when hops caught Colin’s attention. After some research, he decided to try brewing some beer.

Along with enjoying the brewery, visitors can pick their own apples or shop the bountiful farmers’ market, fruit stand, and bakery, where stone fruits fresh as the morning dew are transformed into wondrous, fragrant delights using Grandma Ann’s recipes.

“Mom brought home brewing kits and he just played around with them until he made one batch and said, ‘Hey, I actually like this,’” says Mackenzie. “That was around five years ago, and he decided he needed to get licensed, start growing hops, and take the opportunity to branch out into something people could drink.” The first fruit stand at Wright’s Farm opened for business in 1904, in the shade of a maple tree that still stands. In those days, a crop of ten kids worked the dairy operation with their parents. When the current crop of three decided to transform the 100-year-old dairy barn into a brewery, they found themselves awash in family history. “There was a hundred years of stuff in there,” recalls Mackenzie. “It was a lot of work, but worth it. My 82-year-old grandpa told us it had been his and his brother’s clubhouse as kids—my brother found their initials carved in a beam. Grandpa remembers the barn with animals, Mom remembers it as full of tractors, we knew it as a catchall, and now our kids know it as a brewery.”

“Grandpa remembers the barn with animals, Mom remembers it as full of tractors, we knew it as a catchall, and now our kids know it as a brewery.” –Mackenzie Boylan 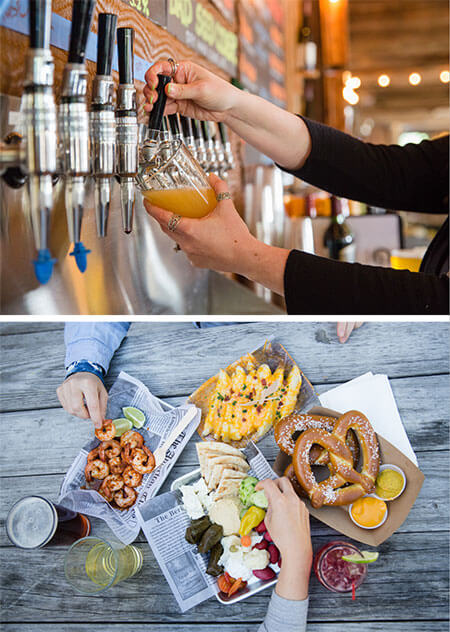 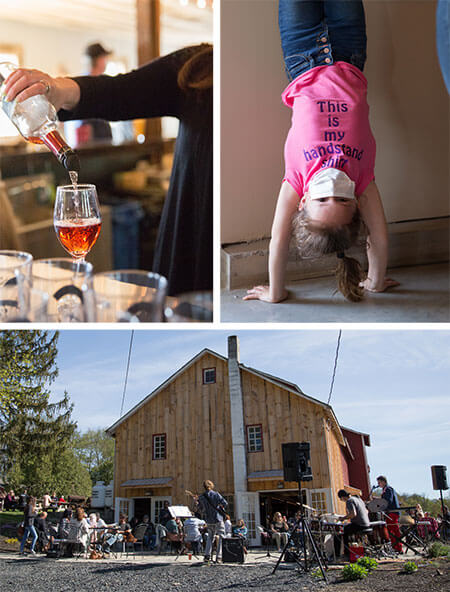 Since September 2018, that barn has been the place to find “Beer From Here”—uniquely Gardiner choices like Ireland Corners Red and Muffler Bearings—along with hard cider from Bad Seed in Highland, Black Sheep from Arrowood Farm Brewery in Accord, cocktails crafted with Orange County Distillery liquors, the finest local wines, and much more. The food menu is loaded with feel-good creations like Loaded Nachos, Southern Gartucky Shrimp, and Everything Pretzels. There’s live music every weekend, with everything from pop and jazz to rock and festival jam. “The response has been great,” says Mackenzie. “Gardiner was lacking fun things; there used to be Benson’s, then there was nowhere to go to just hang out. We’re always excited to see how many locals come. It’s great fun; we really look forward to it every weekend.” (When the band’s on break, you can take a self-guided tour of the low-spray apple operation.) Live music on weekend afternoons, outdoors when the weather allows, has become such a hit that the siblings have added a new patio for outdoor seating. With her sister Samantha Bradshaw, Mackenzie handles the food offerings; they’re planning to expand the menu with more bar snacks and shareable plates. Beyond that, the future holds “More beer! We’re currently looking to get a bigger system and go into can production,” says Samantha.

There’s live music every weekend, with everything from pop and jazz to rock and festival jam. 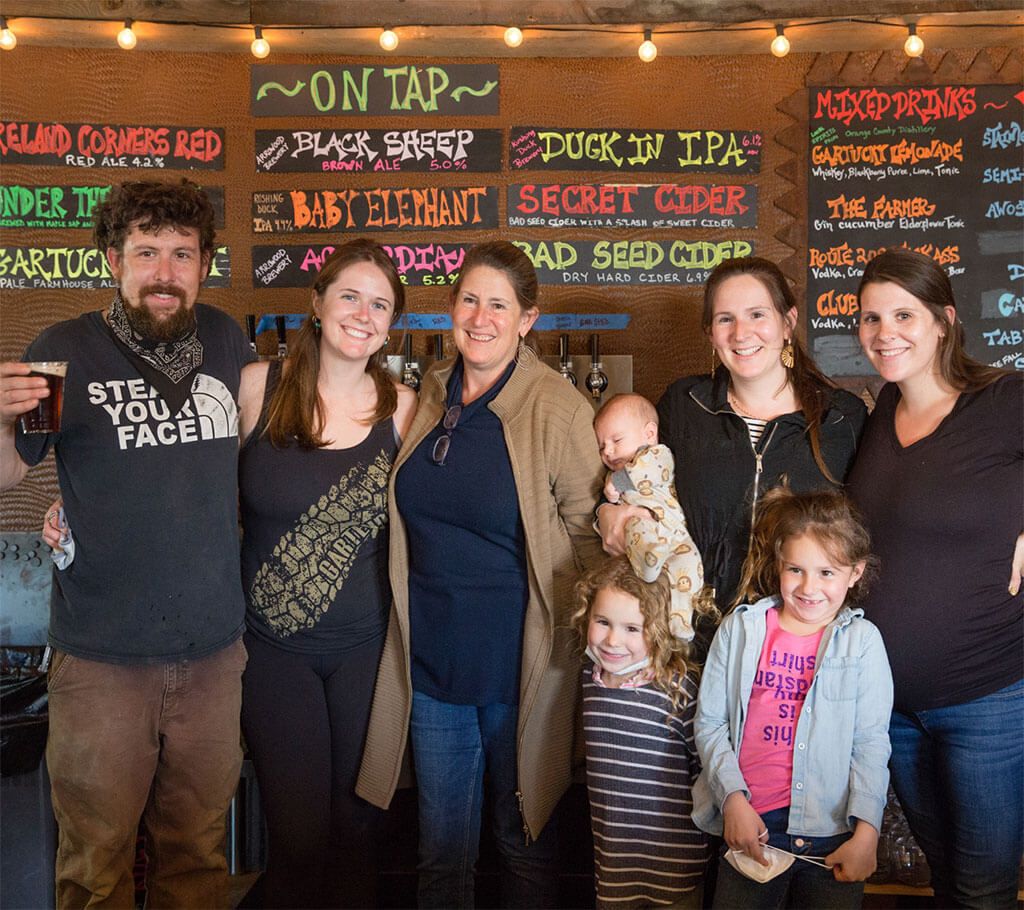 The Barn offers both indoor and outdoor seating, and Mackenzie is happy to be fully open again after the pandemic-era closure. “Closing was mandatory; we were very lucky to have a lot of space and live on-site,” she says. “We made out better than many.”

There are seldom enough hours in the day—along with the brewery operation, Colin is the primary farmer at Wright’s. “It’s a lot sometimes, and the farm has to stay first priority, so we do struggle with time management,” says Mackenzie. “But the larger brewing system will allow us to increase production within an eight-hour window. And there’s always someone to help tote the heavy kegs or watch the kids—we’ll soon have seven between the three of us. It’s very much a family affair—when you come in you’ll probably find my grandpa and parents there, which is very fun. People that work with us find it amazing. ‘Wow, you guys do all this and really like each other!’ We do. We make a great team.”

Along with enjoying the brewery, visitors can pick their own apples or shop the bountiful farmers’ market, fruit stand, and bakery, where stone fruits fresh as the morning dew are transformed into wondrous fragrant delights using Grandma Ann’s recipes.

And in the last couple of years, the animals that Grandpa Ted remembers filling the barn in his youth are making a comeback—there are chickens, pigs, and cows, and lambs have been added just this year. “We always talk about the evolution of it,” says Mackenzie, “and bringing animals back had this feeling of, ‘Oh my goodness, life really does come full circle.’”

Hops, after all, were one of the region’s big cash crops in the 19th century. So stop in, hoist a cold one, enjoy the live music filling the sweet orchard air, and marvel at that great circle of Hudson Valley evolution.

The food menu is loaded with feel-good creations like Loaded Nachos, Southern Gartucky Shrimp, and Everything Pretzels.

ALL ABOARD THE CHEW CHEW TRAIN: THE ARKVILLE BREAD & BREAKFAST