BE INSPIRED TO EXPERIENCE LIFE FROM THE WATER, THE HUDSON VALLEY’S MOST DEFINING FEATURE. 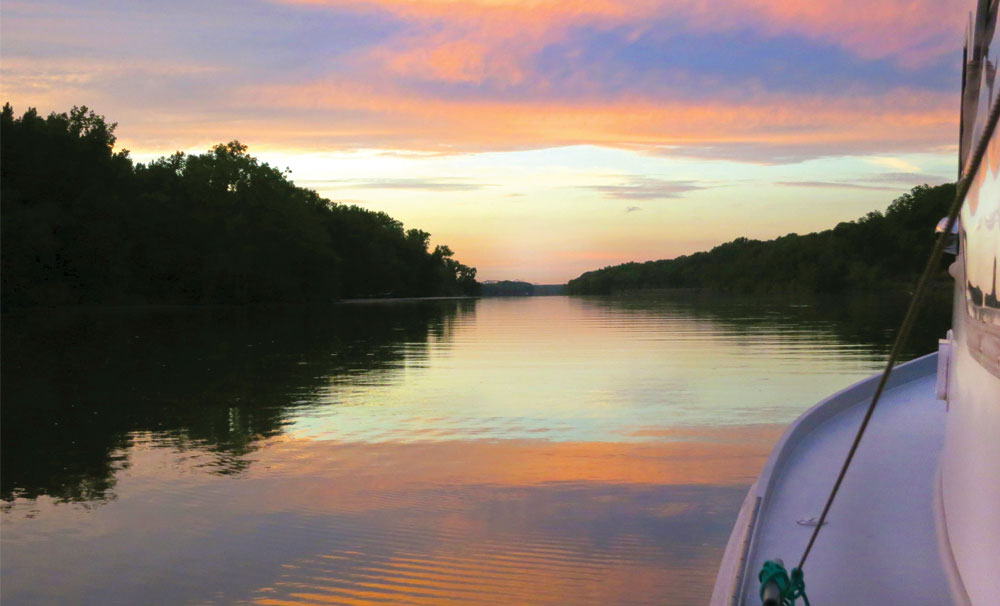 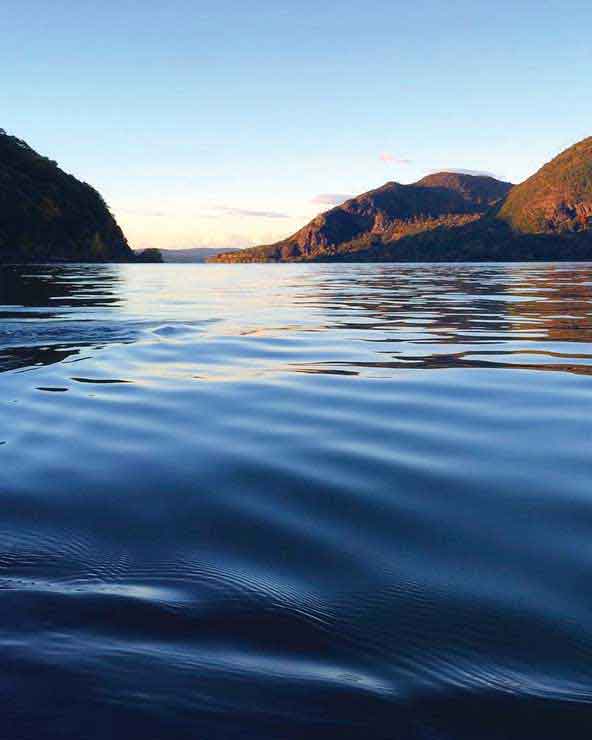 At an event on the rooftop of the Mount Academy last summer, I chatted with a gentleman from Germany. Gazing down the river from our perch backed by rolling mountains, he remarked that it reminded him of the Rhine, a majestic European river. It was not the first time I had heard someone react with awe to the spectacular view that inspired an entire school of painting, and it will not be the last.

THERE ARE RIVERS AND THEN THERE ARE ICONS, AND THE HUDSON IS MOST CERTAINLY ICONIC.”

The Hudson River is actually an estuary with a tidal flow up to Troy, where the striped bass end their spawning run. The natives called it the “great water in constant motion” or the “river that flows two ways.”

Our recently departed resident and musician Pete Seeger, another Hudson Valley icon, based a refrain in his song, “Way Out There,” on this concept. “I could be happy spending my days on the river that flows both ways,” Pete sang.

It is thanks to Pete and a number of other good folks that waterfronts now thrive in river towns like Beacon, Newburgh, Poughkeepsie, and Kingston. You can also thank him for being able to fish for those 40-pounder stripers again. For many years, the river was an industrial superhighway and, sad to say, a septic system. Pete built a boat called the Clearwater and used it to raise awareness for and to help revitalize the river, and it is better now because of that.

HISTORY IS PRESERVED IN THE RIVER VALLEY, SEEN IN THE OLD BRICK KILNS AND ABANDONED INDUSTRIAL SITES TO THE STILL- OPERATING LIGHTHOUSES AND BEAUTIFUL ARCHITECTURE 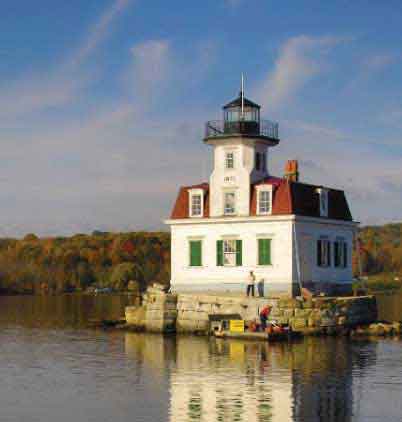 The beautiful Hudson Valley seasons govern the river. In spring, summer, and fall, it is a highway and playground filled with tug-propelled tankers, yachters, power-boaters, jet skiers, kayakers, and the Newburgh-Beacon Ferry bringing folks to and from the train. In winter, if the river freezes through, iceboats cut the ice to make way for other crafts. It’s a sight to see.

History is preserved in the river valley, seen in the old brick kilns and abandoned industrial sites to the still-operating lighthouses and beautiful architecture. The Vanderbilt and Roosevelt mansions are just north of Poughkeepsie, and on the west are monasteries erected by the Catholic Church. Locals call that stretch of Route 9W the “holy highway.” These days, many domains like these are open to the public for tours and special events.

The Hudson Valley and its river have many more locations of note, and you can spend years discovering and enjoying them. I love many of the inland spots myself, but I would like to invite you to join me and experience life from the water, the Hudson Valley’s most defining feature. She is ever-changing and never fails to fill my eyes, heart, and soul with wonder—and she can do the same for you. 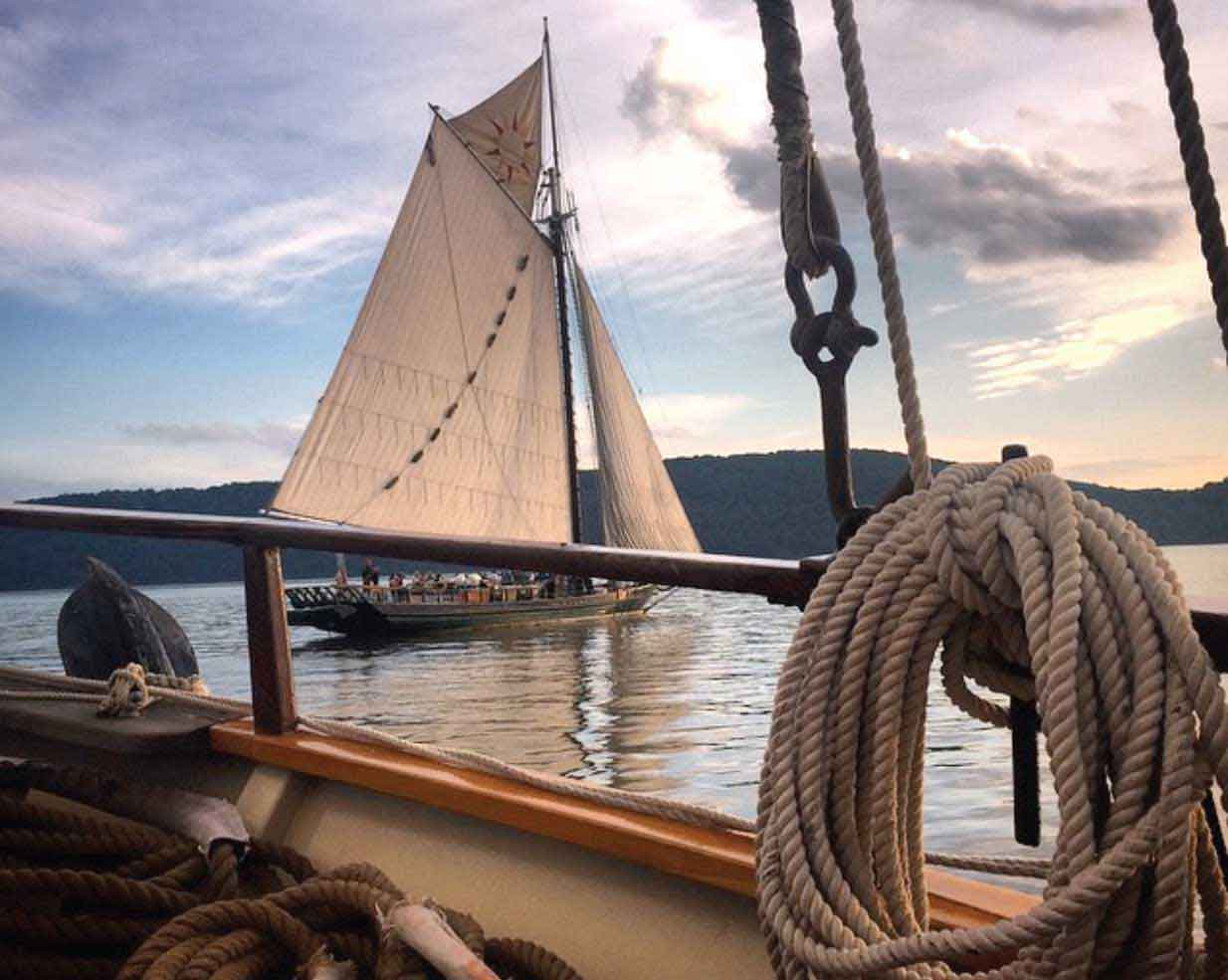 Captain Peter Kane is a resident of Ulster County and operates Osprey Marine Ltd., a small business offering private sailing charters and lessons. You can learn more about Osprey Marine by visiting their website at ospreymarine.com.

DISCOVER EVEN MORE WAYS TO PLAY ALONG THE HUDSON RIVER AT: visitvortex.com/magazine/getting-out-on-the-hudson-river

TIME TO HIT THE SLOPES!

Bike Your Way through the Valley…