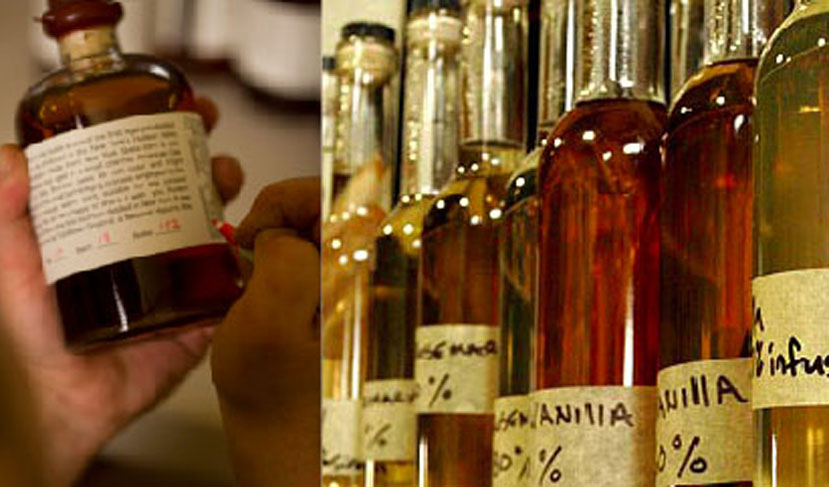 Before Prohibition started in 1920, farm distilleries were common in New York, producing alcohol from local grains and fruits. The Eighteenth Amendment to the Constitution, adopted under President Woodrow Wilson, banned the “manufacture, transportation, importation, and sale of intoxicating liquors in the United States.” It forced the shut down of the distilling industry and sent it underground.

Bootlegging became common all over the country, and here in the Hudson Valley. In some rural outposts, underground piping that led from secret stills to bottling sheds can still be found. There were even pipes hidden under the streets of Kingston.

Prohibition lasted until 1933, when President Franklin D. Roosevelt kept his campaign promise to allow alcohol back into public consumption. But it took another 70 years for legitimate distilling to return to the Hudson Valley in any significant way.

Today, a movement of small New York distilleries is beating the odds, changing antiquated laws, and producing outstanding spirits. There is a growing list of licensed craft distillers in New York—with five right here in the valley. What these small distillers lack in volume, they make up for in alignment to the spirit of the times.

Among the pioneers of this movement are Jason Grizzanti and Jeremy Kidde of Warwick Valley Winery; Ralph Erenzo and Brian Lee of Tuthilltown Spirits; Derek Grout and Tom Crowell of Harvest Spirits, and Cheryl Lins of Delaware Phoenix to name just a few. 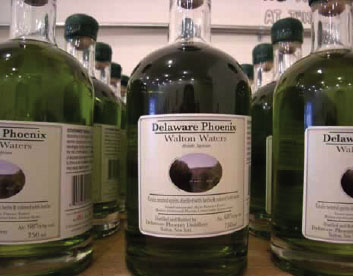 This little distillery in Walton New York makes handcrafted absinthes in small copper alembics. Located along the Delaware River in the Western Catskills, it evokes images of moonshine made along the banks of country streams in days gone past. However, Delaware Phoenix, owned by Cheryl Lins, is a legitimate distillery licensed by the federal and state governments. These absinthes use the finest herbs from the US, Italy, and Spain. The wormwood is hand harvested at the peak of perfection by small family herbalists in Virginia and New York. Delaware Phoenix will soon be distilling whiskey as well. 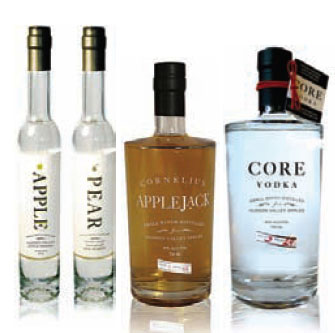 Located on a family apple farm in the fertile Hudson Valley, Harvest Spirits benefits by having all ingredients grown steps from their doorstep, creating a true estate-bottled vodka. The third-generation apple farm benefits by having a new market for cider apples and increased traffic to the retail farm store.

The small distillery is a modern work of art. Though it can only distill 100 gallons at a time, it is flexible and precise enough to create some of the country’s very best vodka. Harvest Spirits focuses primarily on vodka, but their distilling equipment can produce virtually any kind of liquor, from gin and whiskey to exotics like cachada, agave spirits, and medicinal bitters. Head in for a tour and taste some of their latest creations. 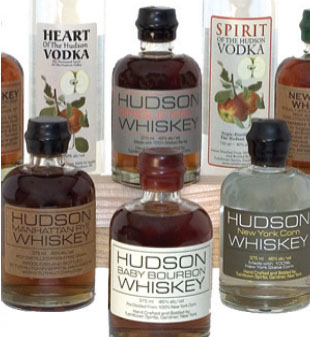 Tuthilltown Spirits is New York’s first whiskey distillery since Prohibition, distilling some of America’s most prized spirits here in the Hudson Valley. Tuthilltown’s handmade spirits, which start at their farm distillery as raw grain and fruit, are made without added flavor or color and are not chill or carbon filtered. Products include Hudson brand whiskeys: Baby Bourbon, Manhattan Rye, Single-Malt, New York Whiskey, Government Warning Rye, and New York Corn whiskey. Other products include Heart and Spirit Vodkas produced from 100% locally pressed fresh apple cider and aged rum from blackstrap molasses.

The Tuthilltown Gristmill, listed on the National Register of Historic Places, used waterpower to render local grains to flour for 220 years. In 2001 Ralph Erenzo and Vicki Morgan acquired the property and, with the help of partner Brian Lee, they converted one of the mill granaries to a micro-distillery. The partners worked tirelessly to teach themselves the craft of small-batch distillation while navigating the legal and administrative aspects of building the company.

Walk through the door into Tuthilltown Spirits and it’s as if you’ve been transported to the heart of Kentucky. Local apples, potatoes, corn, and grapes form the basis of the small, artisanal batches of bourbon, rye, rum, vodka, and an un-aged corn whiskey (sometimes referred to as moonshine or white lightning) that are garnering Tuthilltown Spirits a worldwide reputation.

In 2001 the Warwick Valley Winery imported a steam-fired German copper still. The distillery is now producing a line of exceptional fruit brandies and liqueurs under the brand name American Fruits™. The American Fruits line of distilled spirits captures the true essence of the fruit and is reminiscent of the finest French and German fruit brandies. Warwick Valley also creates the Doc’s Draft line of hard apple, pear, and raspberry ciders.

Stoutridge Vineyard owners Steve Osborne and Kimberly Wagner, who built their state-of-the-art winery in 2005, included distilling in their plans and are seeking a distilling license now. Osborne says their three handmade copper stills from Germany will one day soon produce vodka, gin, whiskey, brandy, and grappa from local grains and fruits.

The top-selling spirits marketer of the early Republic was none other than George Washington. He is now known as the founder of “The American Whiskey Trail,” mostly focusing on the historic distilleries of Kentucky and Tennessee. Perhaps one day the trail will include the Hudson Valley.