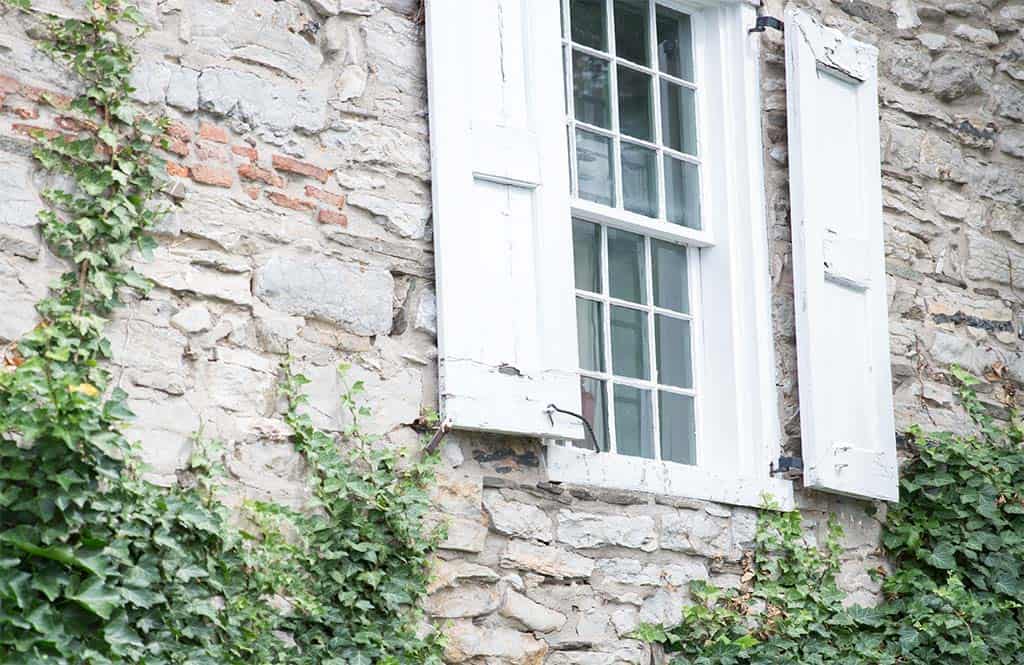 When Hoffman House founders Pat and Ginny Bradley first made it known that they were ready to retire from the restaurant and tavern they’d lovingly run since 1977, regulars braced themselves for the possibility that a future owner might change their favorite retreat. When Francisco and Eva Diaz stepped up, the community sighed with relief, knowing they were in good and familiar hands. 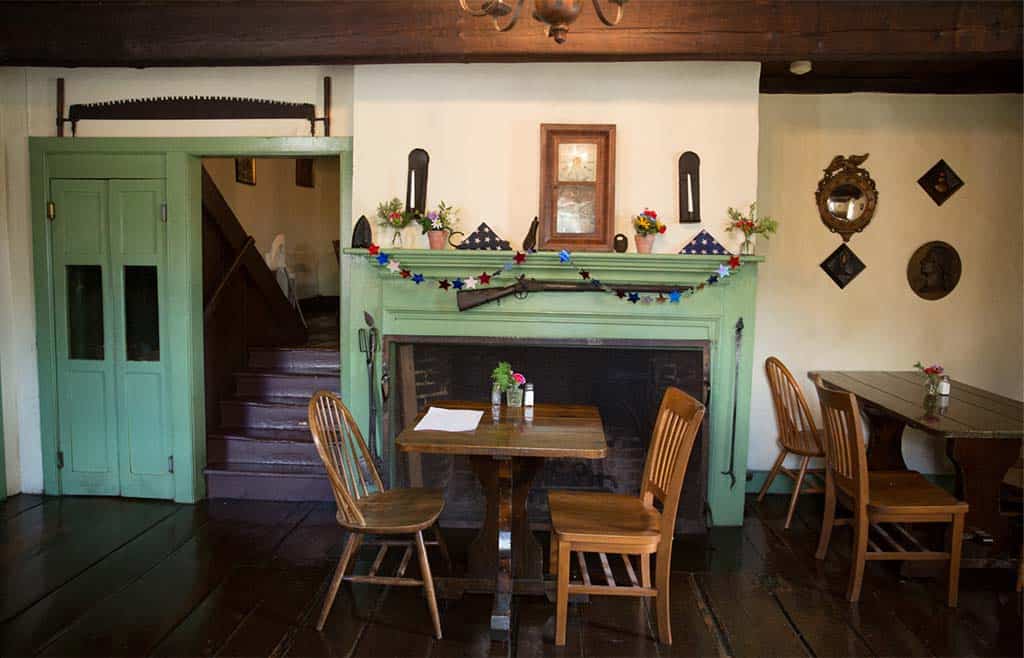 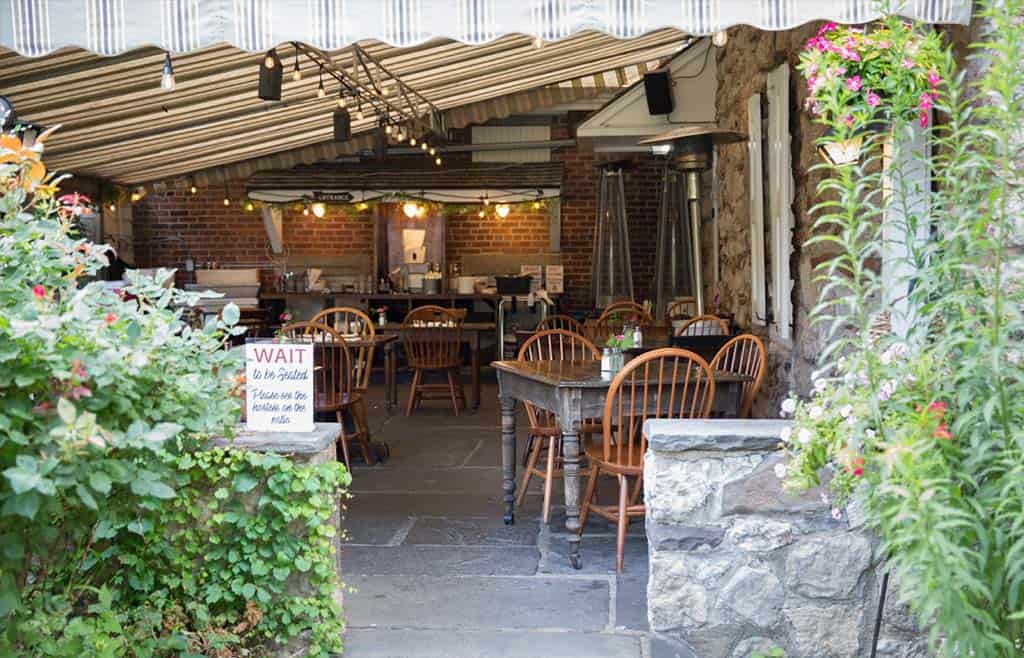 Its wide plank floors and massive stone fireplaces in all three main dining rooms can feel like a time machine set to Colonial, complete with a warm welcome and superb comfort food.

“My dad started cooking alongside Pat Bradley in the late ‘80s, right before my sister was born,” says Francisco’s son Pedro Diaz, who manages the restaurant. “Eventually he became chef and then head chef, which he was for a number of years. When they started trying to sell, he figured he’d try his hand at it. And since he had a hand in building it to where it is, he has no desire to fix what isn’t broken.”

There is, after all, nothing else quite like the Hoffman House, a cornerstone of the Kingston Stockade. On sunny days, the outdoor garden patio begs one to linger over a drink. In cooler weather, the indoors with its wide plank floors and massive stone fireplaces in all three main dining rooms can feel like a time machine set to Colonial, complete with a warm welcome and superb comfort food.

The building dates to 1679. Nicholas Hoffman bought it in 1707, and the family held onto the property for two eventful centuries; one son rose to considerable prominence, and when the British burned the place in 1777, the family promptly rebuilt. 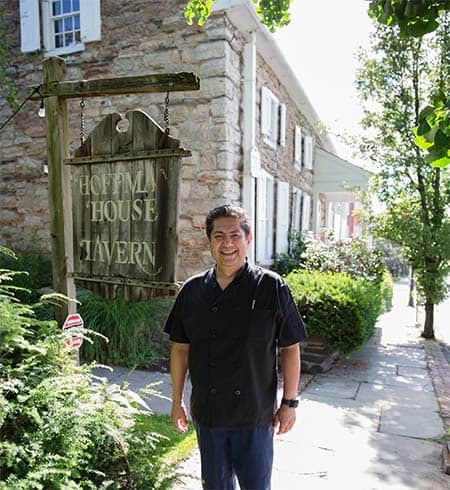 The 20th century saw the building fall into disrepair. It was nearly demolished in the urban renewal era, but a determined historian named Edwin Ford convinced the state to shore up the stone exterior and put it up for sale instead. Eventually the Bradleys purchased a stone shell with an icky Mid-century interior of cheap paneling and dropped ceilings, planning to flip the place—but over the course of what turned out to be a massive job, they

Over the course of what turned out to be a massive job, they fell utterly in love as wood and stone emerged. “A lot of the work had to be done by hand,” Pedro says.

fell utterly in love as wood and stone emerged. “They had to dig out the basement with shovels,” Pedro says. “A lot of the work had to be done by hand.”

The Bradleys opened their restaurant in 1977, leaning into the history with period decor and a beautifully executed menu spotlighting a solid core of comfort food crafted from local ingredients, accented by creative specials and washed down with good drink. It’s a recipe that works just as well today.

Francisco, meanwhile, had been preparing for a teaching career in his native Mexico when the opportunity to emigrate to the US caught his eye. “He came to California first, went back to get my mom, and they eventually ended up in Kingston, where the restaurant business turned out to be a good fit,” says Pedro. “The Bradleys were good to him, and he did well by them. He never expected to spend his whole life there but ended up loving it. Still, he always thought about having his own place, but it never came together—and then, after 30 years of service here, he had a foot in the door and decided to stick his neck out.” 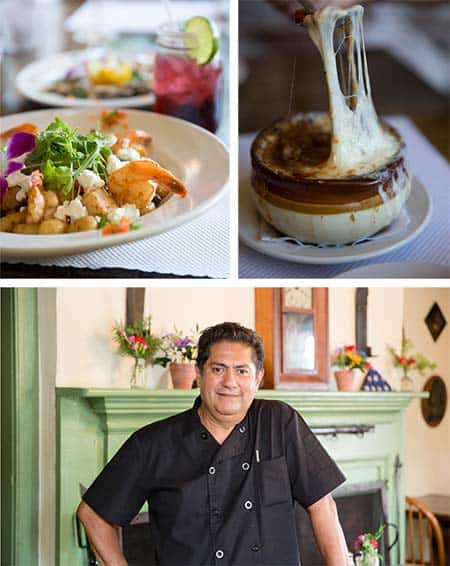 Pedro had been working in the restaurant business already and was happy to join his parents in the restaurant he’d known since childhood. “It’s fun that it’s so unique and so familiar at the same time,” he says. “We get people coming from out of town who’ve heard of the building and just want to experience it, then we have our regular crew that come in every week or a few times a week. It’s a great place to have a beer and talk—we’ve gotten to know so many people, heard so many stories…When they did the Burning of Kingston reenactments, the reenactors would all stop by in costume. It’s just really cozy and homey.”

Francisco and Eva took over the business on March 1, 2020 and opened on March 12—three days before COVID-19 shut all restaurants down. It was a challenging moment. “We shifted gears to do takeout and expanded the outdoor dining a lot,” says Pedro. “There was a nice lawn area that had never been used that way before. We had no idea what was coming at us, but the loyalty of the regulars got us through.”

Now, with Uptown Kingston vibrant again, the Diaz family—one of Pedro’s uncles has tended bar at the Hoffman House for 10 years, another is also a chef—would love to have you stop in for a bowl of French onion soup, some sliced London broil, or a half roast duckling. It’s a go-to for locals when they want a celebratory feast that won’t break the bank.

“We’re not the cheapest—we won’t sacrifice quality—but we do try to make it the kind of place you can afford to eat at once a week, or once a month, and we try to stay affordable,” says Pedro. “And we have a whole lighter menu at the bar. We have a really good veggie burger, too… This place has just always had a flavor to it. I love it. I’m here to stay.”

Local Chefs, What Inspires Them?