Nearly a decade after its opening, people are still discovering and rediscovering cozy, classy Boitson’s. There’s an intimate, French-brasserie feel to the interior, with leather banquettes, walls of tufted velvet, and marble-topped tables.

It’s the kind of place to savor a special night or long-awaited reunion.

The outdoor patio is contemporary and fun, with heaters for cooler nights and its own bar. It’s great for larger parties or an evening of what the sign over the bar calls “Lubrication.”

And the lubrication is fine, at that: a long list of regionally crafted beers and ciders, plenty of wines to choose from, and a cocktail program that artfully stirs together creative with classic. 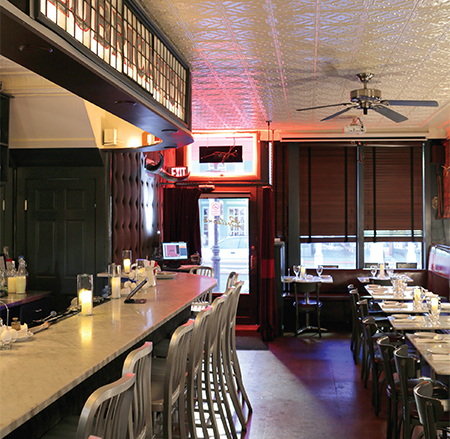 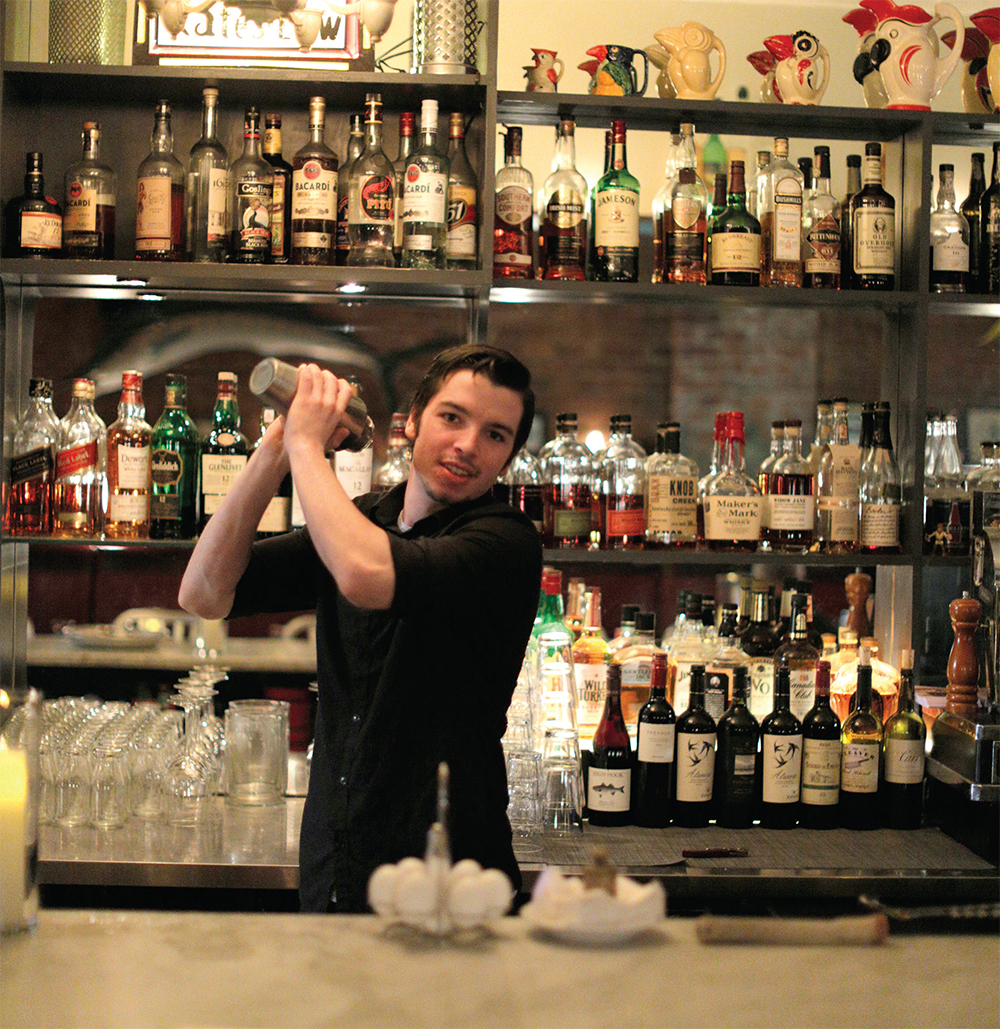 It’s the kind of place to savor a special night or long-awaited reunion.

Owner Maria Phillips comes from a restaurant background: her family owns Piccolo and Mill Pond House on Long Island, where she worked through her young adulthood while living in a brownstone in Williamsburg, Brooklyn. Her landlord, a Ukrainian-American former sailor, became a friend; more than once he asked young Maria if she’d like the backing to open her own place, an offer she declined.

After Maria relocated to the Hudson Valley, she and Al kept in touch. And when Alexander Boitson passed away, Maria discovered to her amazement that he’d left her enough money to get a restaurant started. Boitson’s, and the oysters everyone raves about, are a tribute to that perhaps-unlikely friendship.

But it takes more than a cool room, good libations, and a cute story to succeed in the competitive eating scene of Uptown Kingston, and Boitson’s has that something more: astonishingly good food.

Classics like fried chicken, macaroni and cheese, and blackened salmon are prepared and presented with heartiness and flavor; even people who’ve never been big on cauliflower say they could eat the cauliflower wings all night long.

The steak frites entrée is to die for; in addition, there are burgers and salads, surf and turf, and a raw bar. There are nightly “blue plate specials” for a mere $10, making Boitson’s a great place to go when you just get that impulsive yen to be taken care of like royalty.

Go on, treat yourself to some oysters. You deserve no less! And while you’re there, hoist a glass of something tasty in honor of Al.

See the video at VISITvortex.com.

Local dishes you have to try