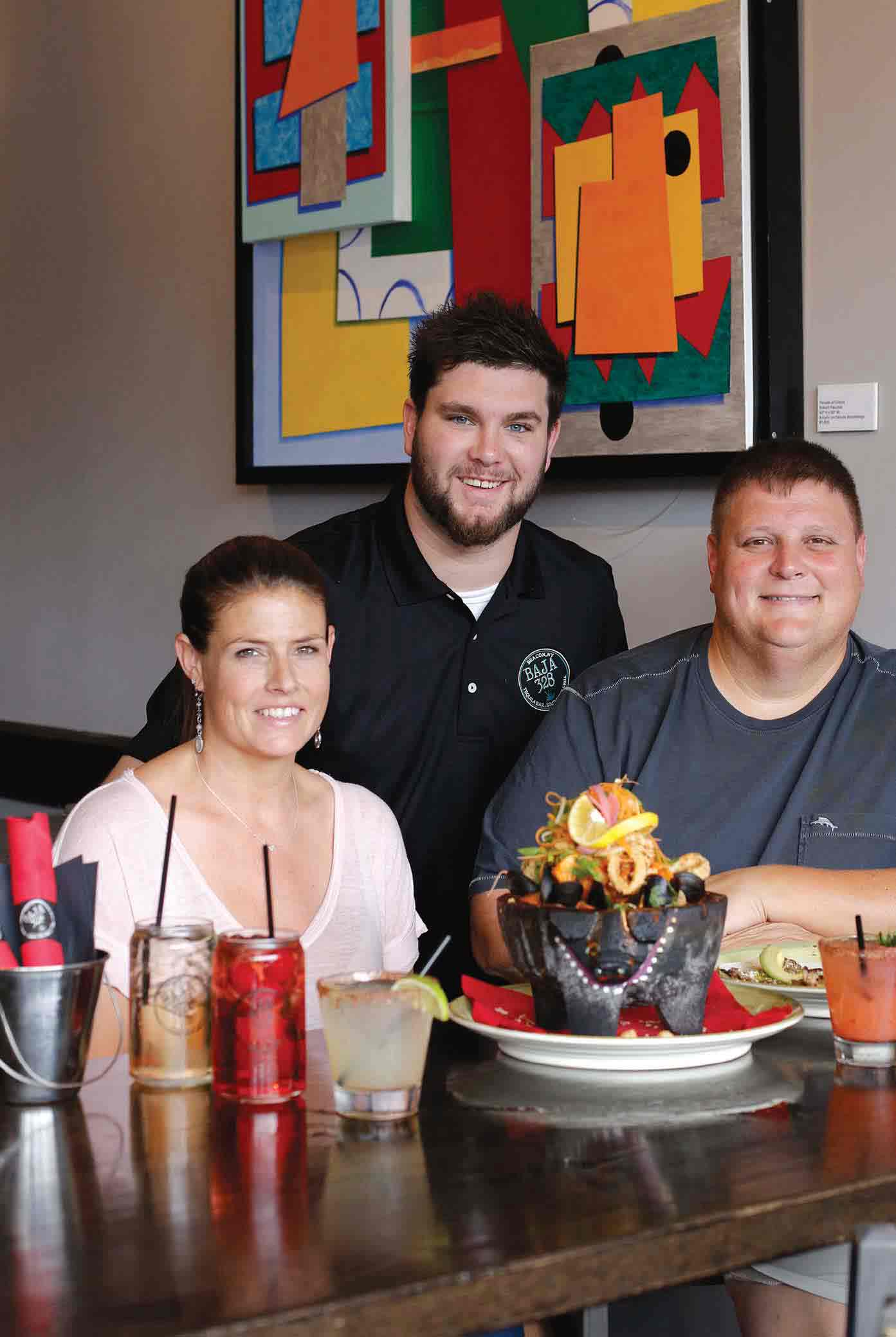 
Beacon’s Baja 328 is the first true tequila bar to arrive in the Hudson Valley, and few things pair better with tequila than the savory southwestern cuisine offered at this grill.


Tequila started trending when craft cocktail fans realized there is a lot more to the drink than its sledgehammer reputation; if you think of tequila as harsh, you need to try the caliber offered at Baja 328. They have 120 exotic varieties, derived completely from blue agave.


From crisp blanco, to the woodier reposado, and the intricately infused añejo, you won’t find mass-produced commercial tequila here.

“We use El Espolòn in well drinks. You won’t find an ounce of triple sec in the building either; our sweetener is pierre ferrand cognac,” says Gasper.

This tradition of excellence started when Gasper’s Sicilian father, Leo, brought the family to the Mid-Hudson Valley from Queens, opening Roma Imperial in Middlehope in 1970. In 1981, Leo took his concept to Cornwall and renamed it “Leo’s Italian Restaurant and Pizzeria.”

Leo and his three sons—Gasper, Frank, and Danny—now own three successful branches of the restaurant; the original branch in Cornwall has been open for 35 years. The family certainly loves their business, but they still wanted to try something new. Thus, Baja 328 was born.

With Frank’s tequila expertise, Gasper’s familiarity with food service, and Danny’s financial guidance, there is not much the brothers can’t handle. 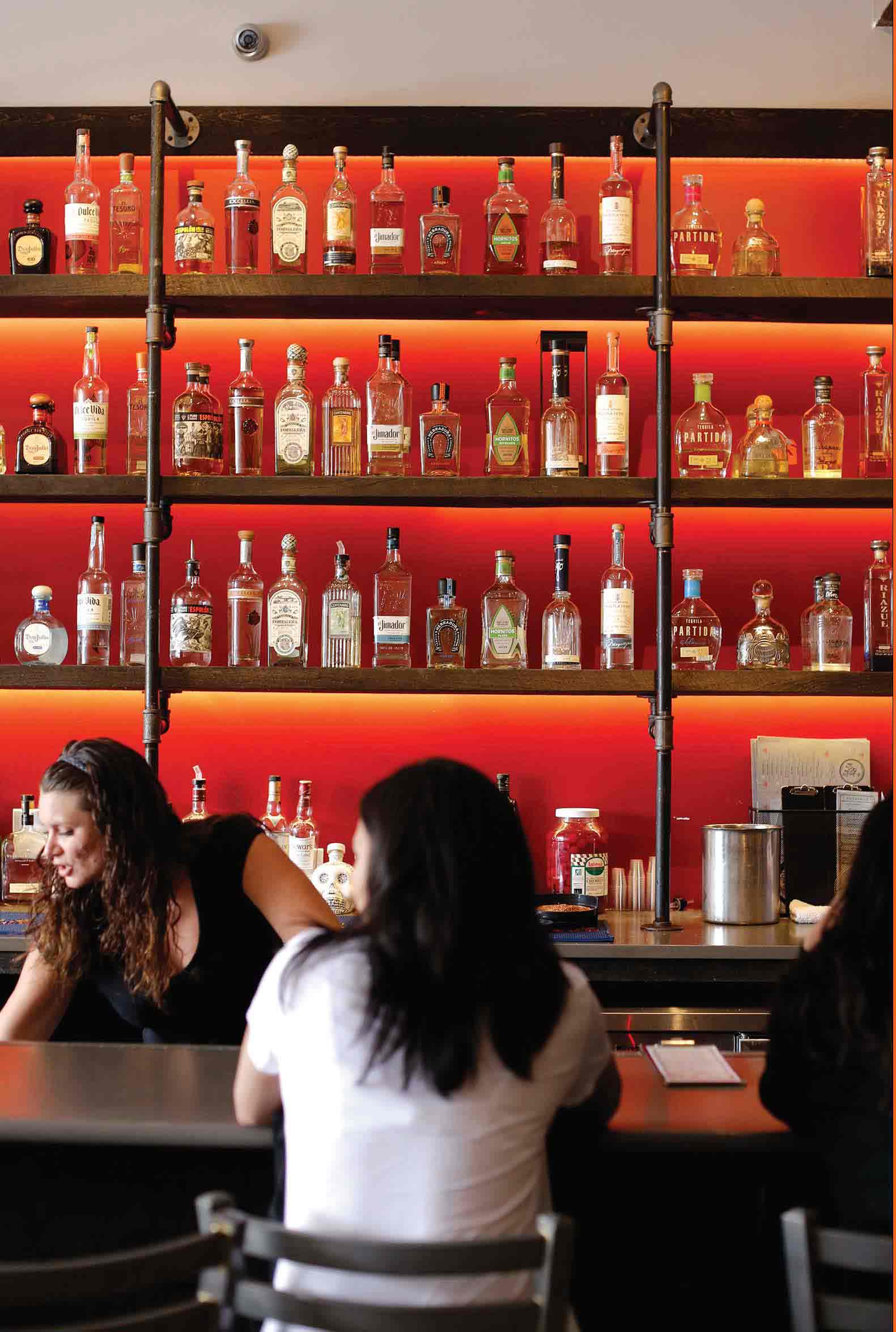 Baja 328 opened in November of 2015, and it quickly became evident that the Main Street location, southwestern cuisine, and fine tequila are as fascinating a blend as the three brothers themselves: something fresh and unique on Beacon’s Main Street scene.

Baja 328 features outdoor seating and a semi-outdoor space made by rolling up a garage door; inside, exotic beverages glow like polished gems from behind a curved bar, and the air is scented with fine Mexican

seasonings. Beacon artwork graces the walls, and crowds of bajamigos root for their favorite team on the big screen TV or rock the floor to music from Sound of Life Entertainment.

the food, as you could have guessed, is anything but basic.

Tacos are crafted from your mix of twelve different fillings, including sweet-and-sour pork and octopus. There are also great starters, like their Seafood Ceviche with crispy tortilla chips or the Baja Wings with a chipotle-honey

glaze. Entrees include the Tequila Scampi, featuring roasted garlic and lime, and their Baja Paella, made with clams, mussels, shrimp, potatoes, and chorizo. Baja 328 also offers a kids’ menu and a chalkboard full of ever-changing desserts and specials. Best of all, Baja serves ‘ritas and fajitas on Wednesday nights.

Customers can also order a signature Chupacabra’s Blood, flights of tequila, or even a drink made with tequila’s cousin, mescal. There’s also a long list of craft, domestic, and imported beers available with an emphasis on Latin varieties.

The brothers might consider a second Baja one day if another perfect location opened up; for now, they are having a blast building this one. 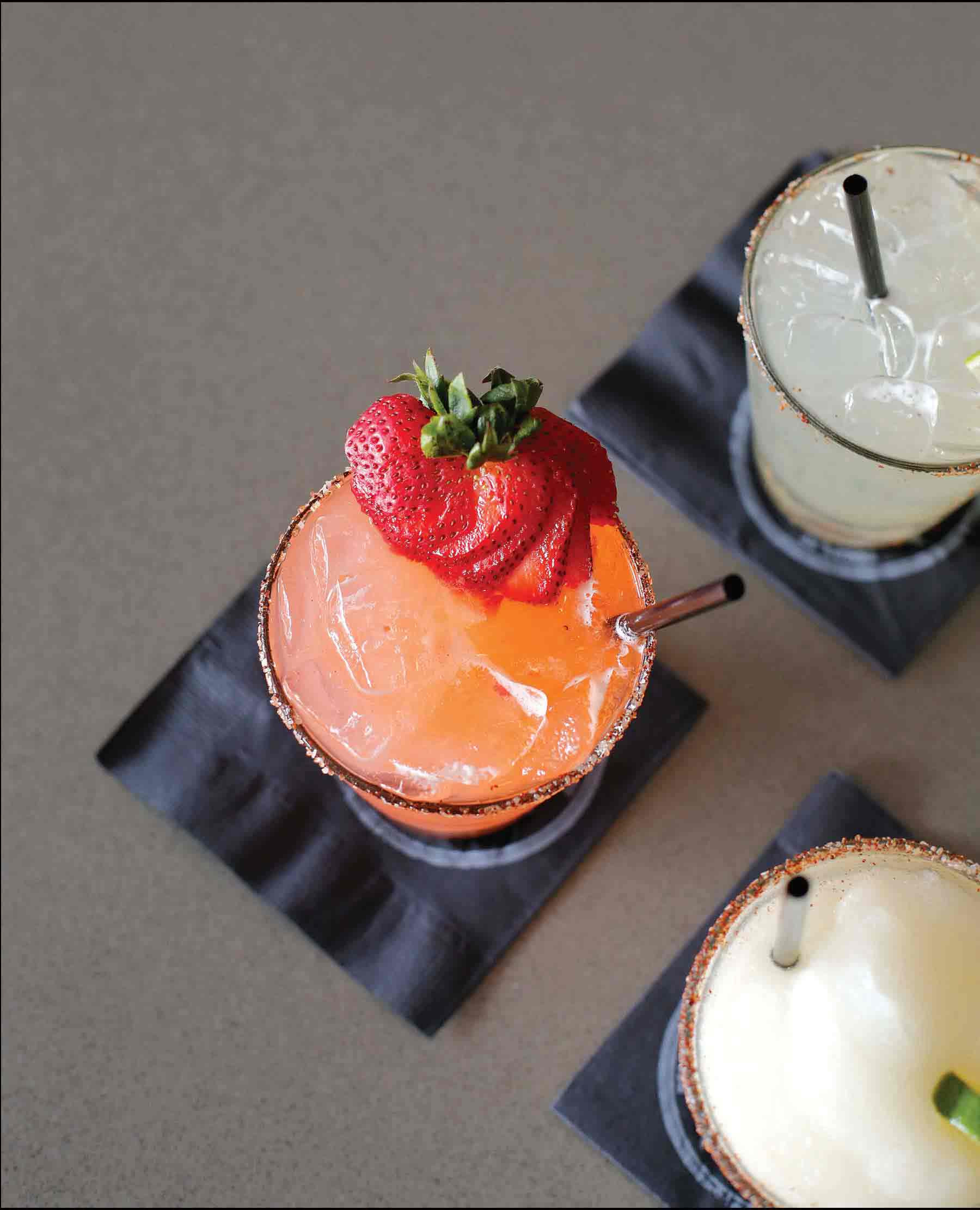 ALL ABOARD THE CHEW CHEW TRAIN: THE ARKVILLE BREAD & BREAKFAST

The Works of Wendy Drolma