EVERYONE KNEW THAT WHEN THE SMOKE WAS RISING, IT WAS TIME TO HEAD TO “DOC HICKORY’S HOUSE.”

In 2002, Slutzky sons Steve and Mark opened Hickory BBQ and Smokehouse, a big red barn on Route 28 in Kingston that was previously a bait-and-tackle shop. Today, Steve runs the restaurant as executive chef, and his family—wife Jill, son Cameron, and daughter Gabby—helps to keep the business running smoothly. Doc and Ma are there, too, greeting customers and whipping up dessert. Salted caramel pie, anyone? 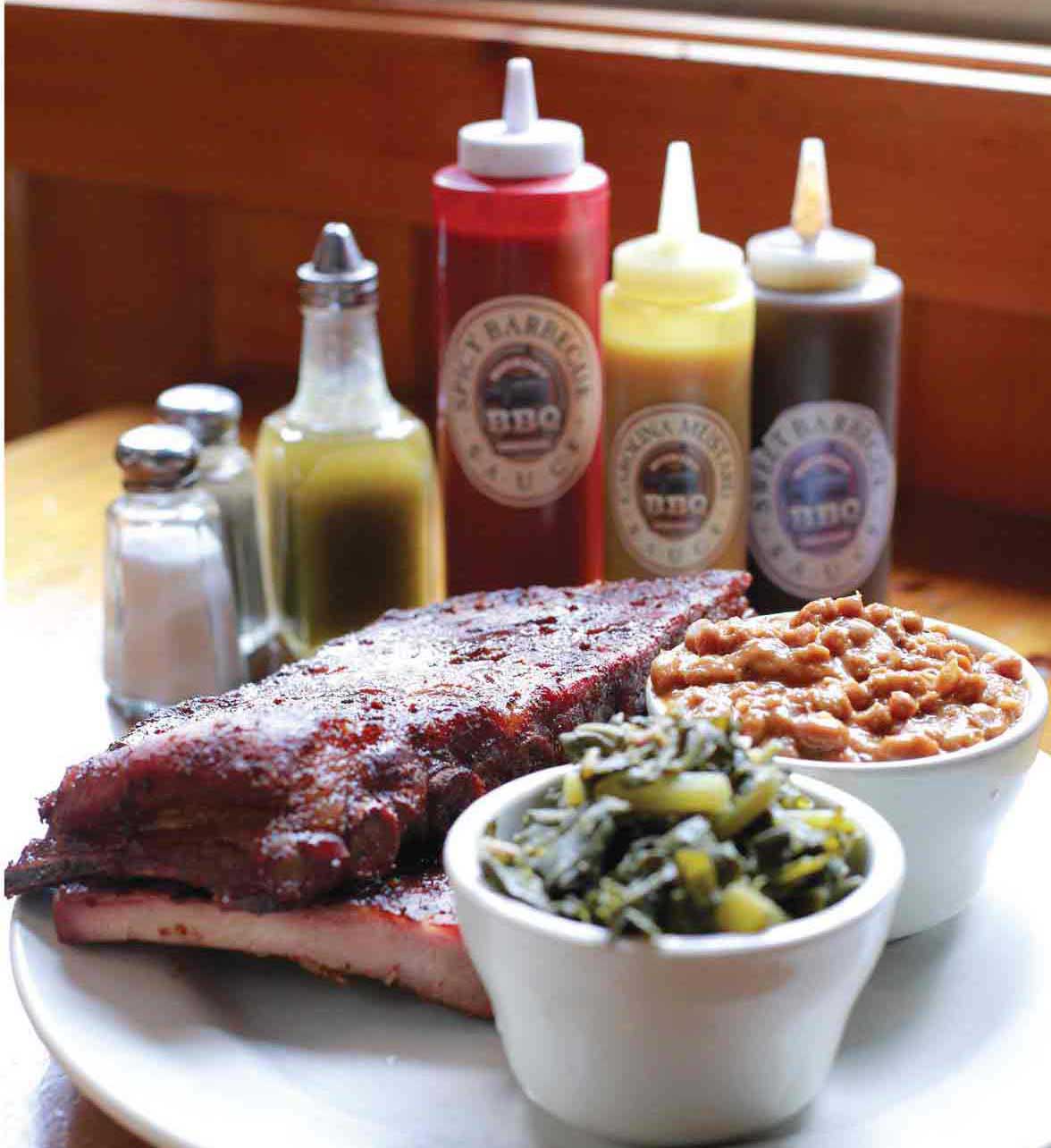 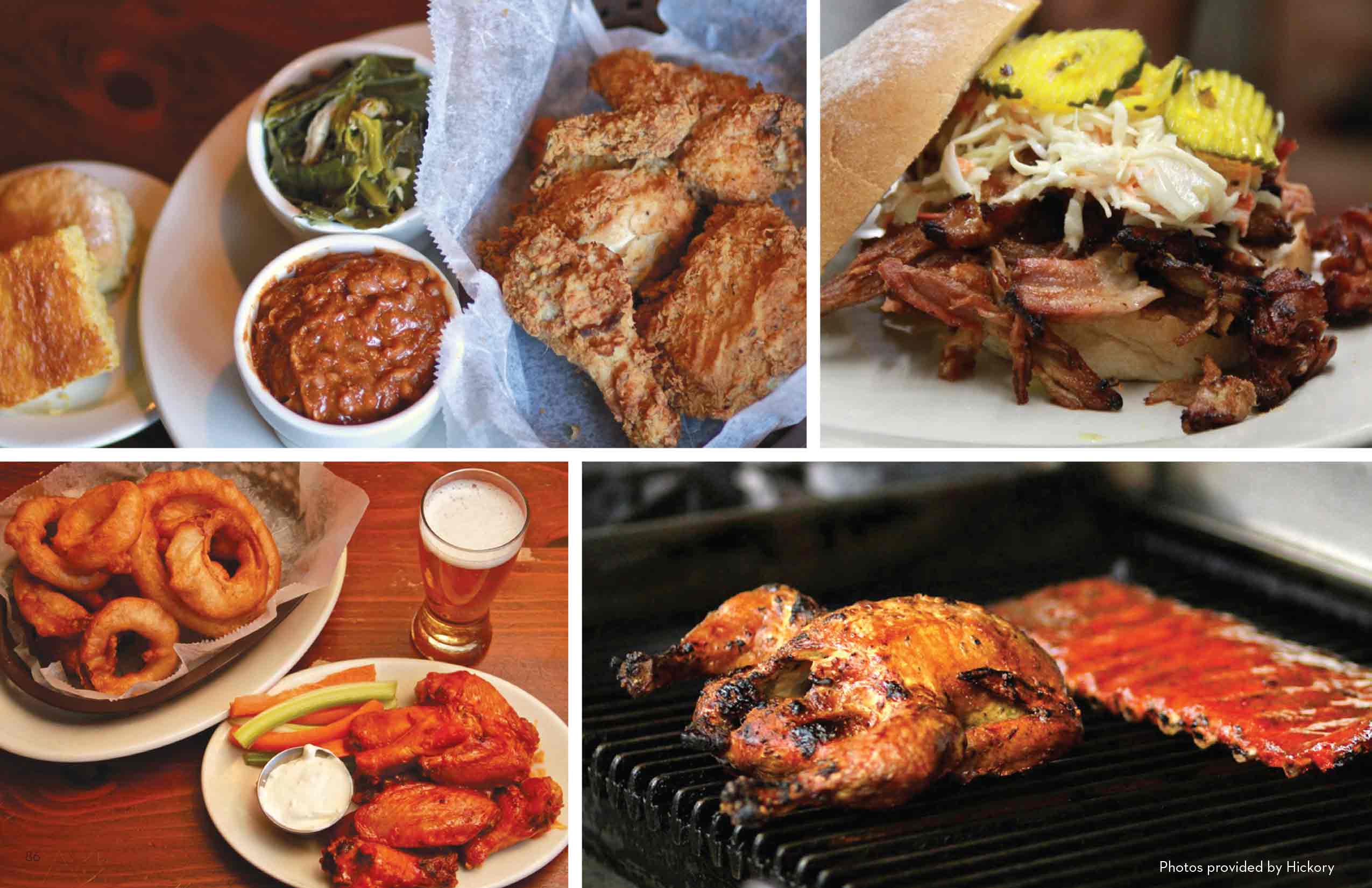 One of the few barbecue eateries in the Hudson Valley and Catskills, the restaurant offers from its 500-pound-capacity smoker a variety of barbecue influenced by a range of American regional styles, for both lunch and dinner. There’s St. Louis-style spare ribs, Carolina-style pulled pork, and Texas-style beef brisket—with Texas toast, of course. Any reputable barbecue joint will also offer three meats in a platter meal, and Hickory BBQ does not disappoint with the Kingston Trio: beef brisket, pulled pork, and turkey thigh.

“It’s sort of a joke that it’s our own Hudson Valley style,” says Steve, who travels each year to one of the nation’s many barbecue hubs to taste inspiration.

“Since there’s no indigenous barbecue here, you’re afforded the luxury to pick and choose your styles from all the others.”

the lunch and dinner menus also include a host of comfort foods like homemade meatloaf in mushroom gravy, house-blackened catfish,and shrimp in a basket.

Hickory BBQ’s dining room seats 99, with metallic buckets shining light over each table. The walls are pine and decorated with Doc Hickory’s landscapes, but it’s likely you won’t be able to take one home.

“People want to buy them,” Steve says, “but he’s never willing to part with them.”

An outdoor deck has eight tables, and the full sports bar has four flat-screen televisions. Steve’s sports memorabilia decorate the walls with autograph pictures, balls, bats, and hockey sticks from teams both local and rival. He has also permitted some customers to bring in items representing their favorite teams, even if they happen to be the Philadelphia Eagles or Dallas Cowboys.

Steve keeps it democratic behind the bar, too. There’s Bud and Michelob Light, plus a seasonal beer—sometimes Sam Adams—and a Sprecher hard root beer on tap. Local is also represented, with breweries like Keegan Ales and Chatham finding a place at the bar.

The restaurant also caters, with three vehicles and four mobile grills available for outside events. In its infancy, the restaurant catered about a dozen functions a year; this year, Hickory BBQ has about 70 parties lined up, most of them weddings. Steve offers suggested menus for special events, but customer input is welcome, especially when hoping to add a dream item to the platter.

the food is also as local as it can get. Steve orders much of his meat from places like the Hudson Valley Cattle Company, Fleisher’s in Kingston, and Hudson Valley Harvest. The greens have been coming from RSK Farm in Prattsville, and the corn has come over fresh from Davenport Farms in Stone Ridge. 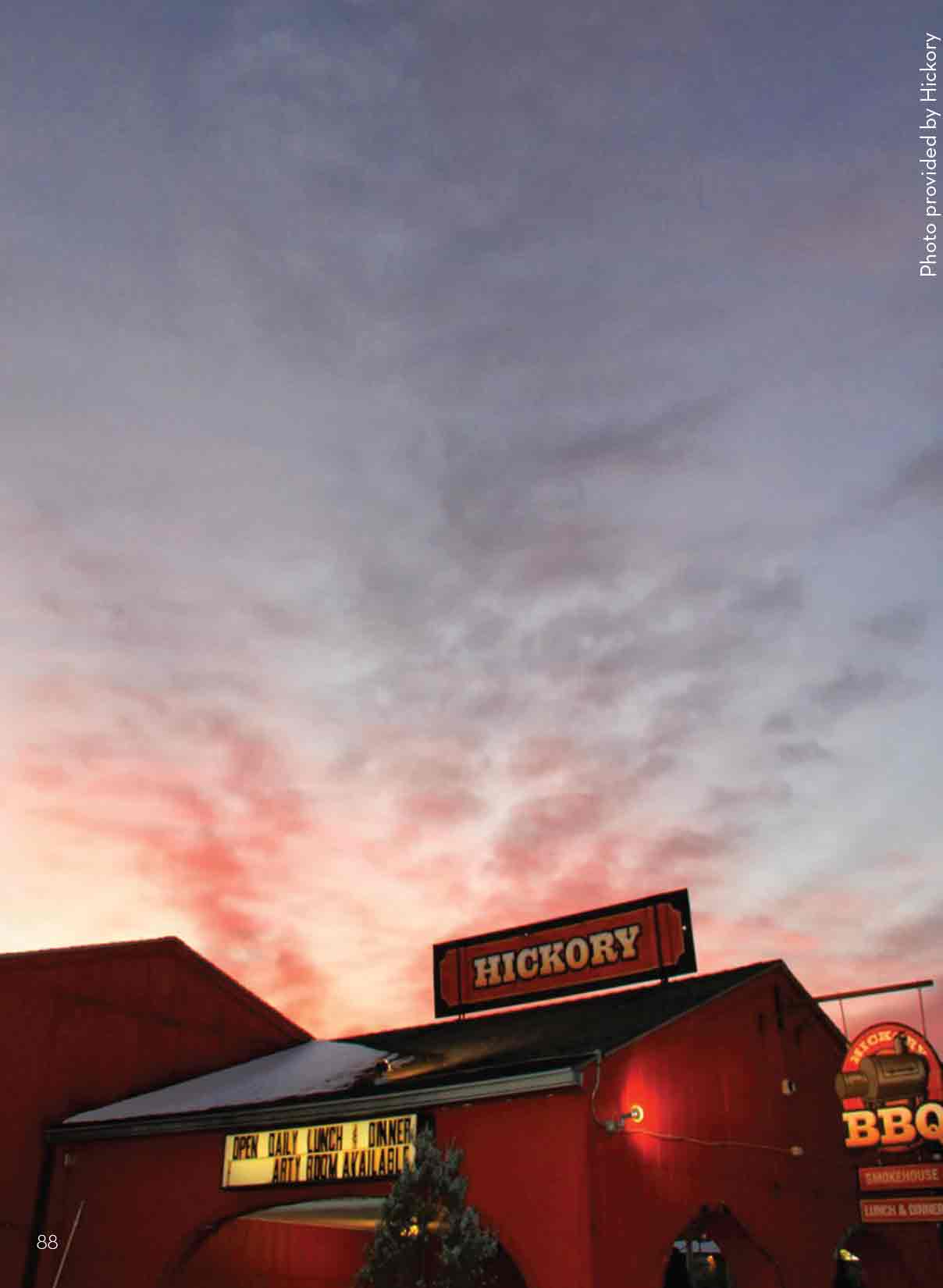 “As we’ve been here for so long, we’ve been invited to participate in these family events of people that we’ve gotten to know over the years—graduation parties, weddings,” Steve says. “They always want to incorporate us because we’ve become part of the community.”
For Steve, it’s clear why community bonds over barbecue.

“it’s one of the few cuisines that dresses up and dresses down; it speaks to everyone,” he says. “there was maybe a stigma about 20 years ago that it’s this messy eating, but i think now it’s so popular—and one of the reasons it’s so popular is it’s good.” 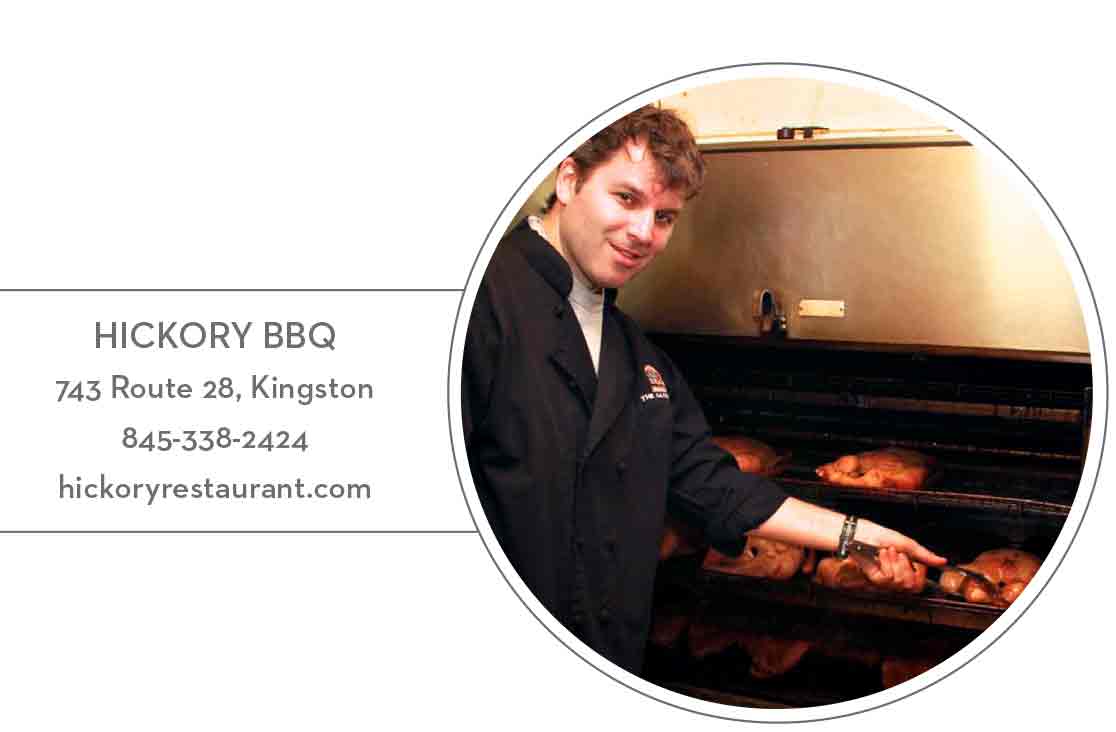