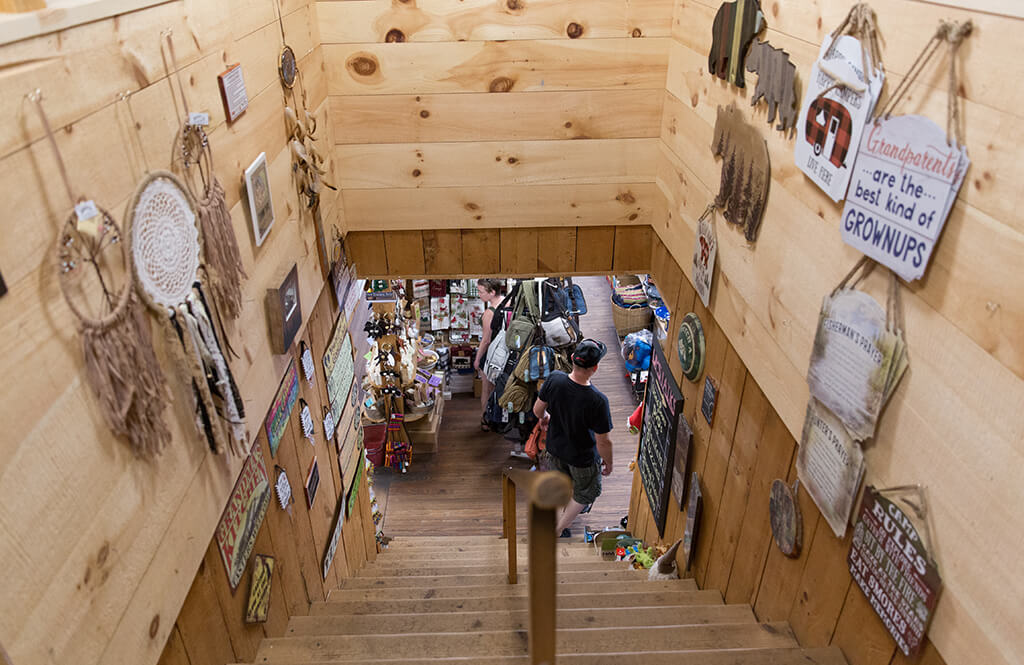 The Nest Egg has evolved into its current form as a source of gifts, goodies, and treats along with Phoenicia-branded souvenirs. 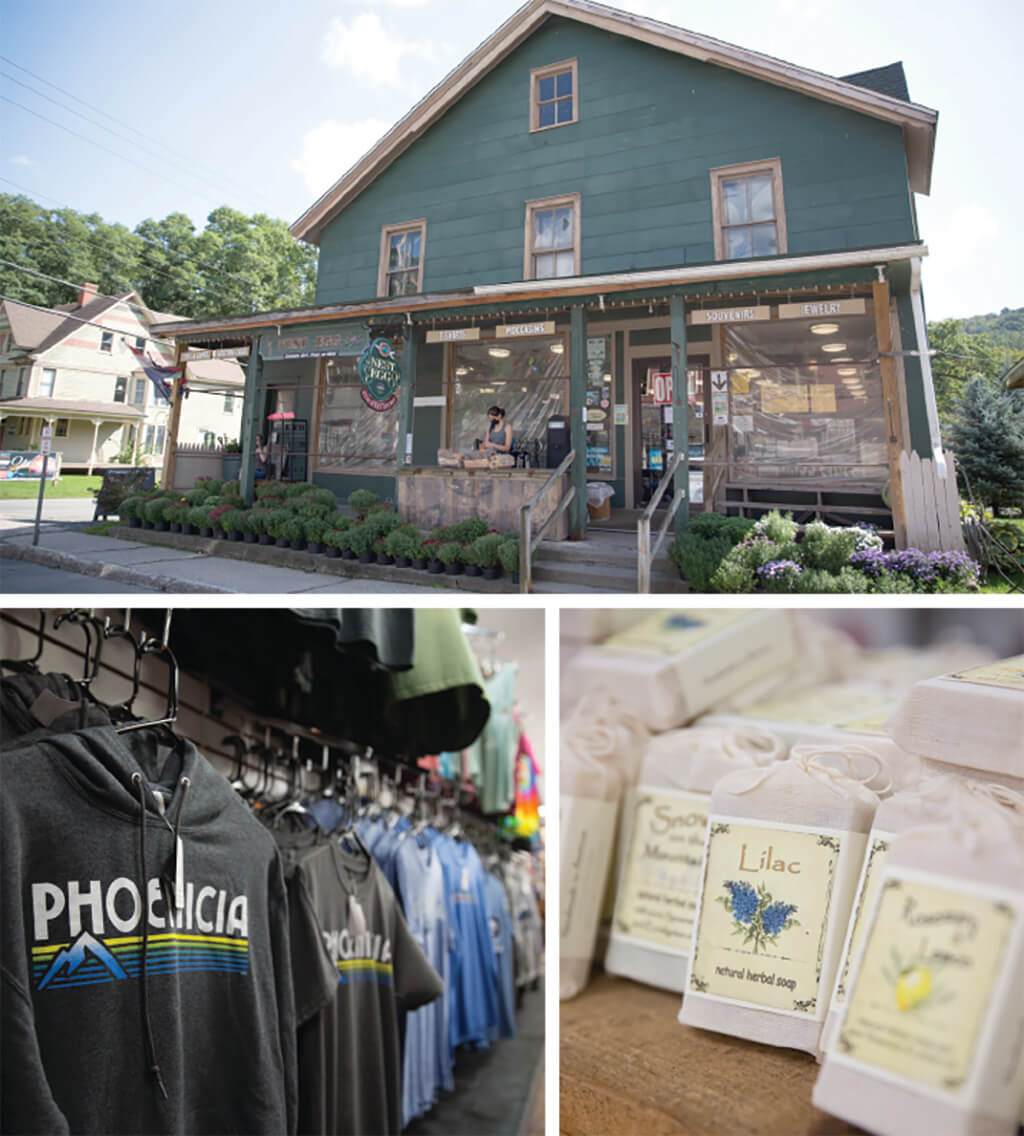 Over the past decade, Phoenicia has gracefully accepted national kudos as one of the coolest little towns anywhere and kept right on truckin’, welcoming newcomers and visitors while remaining its funky, soulful self. To understand, you really should go explore the place; its location makes it the ideal appetizer or dessert for a Catskills hike.

But here’s a peek behind the curtain: Much of Phoenicia’s legendary cool is thanks to people like Robin Kirk, the proprietor behind The Nest Egg. Robin’s dad first opened his business on Phoenicia’s main drag as a grocery store, Kirk’s Marketplace, in 1968. In 1974, the store moved across the street to its current location; since then, it has evolved into its current form as a source of gifts, goodies, and treats along with Phoenicia-branded souvenirs.

You’ll still find some food: luscious NY-made goodies like maple syrup and candy from Russell Farms and flavored peanut butters from Peanut Principle. Center stage in the edible department belongs to fudge—more than two dozen varieties handmade by Robin herself at The Nest Egg’s sister store, the Phoenicia Ice Cream Station. (We told you this was a cool town.)

“We try to carry a little bit of everything, so we have something for everyone. And the feel is of an old country store, but I love being able to try new things without having to clear it with anyone.”

Fudge at The Nest Egg comes in classic flavors and seasonal forms (Pumpkin Pie Walnut for autumn, snowman-topped cups for winter, heart-shaped for Valentine’s Day), and if you buy a pound, you get a half-pound for free. Many consider it worth a trip to The Nest Egg just for the fudge.

But there’s so much more to be found that will make your Catskills experience delicious. Camping gear, personal care items, Minnetonka moccasins, socks for all seasons, trail guides, and maps. Books, toys, and games. Fragrant candles and oils. Catskills-themed clothes and souvenirs of all sorts.

“We try to carry a little bit of everything, so we have something for everyone,” says Robin. “And the feel is of an old country store, but I love being able to try new things without having to clear it with anyone.” Her choices are crowd pleasers. Reviewers on Yelp rave about the experience of discovering the place on a trip and feeling welcomed like insiders.

“Ask for Robin, she’s the owner and most likely working or stocking some of the coolest and absolutely perfect gifts or takeaways for your trip up here,” writes Kristopher from Red Bank, New Jersey. “Yeah, they have it. This is one of the most comprehensive ‘country stores’ I have ever seen,” writes Noah from New York, N.Y. 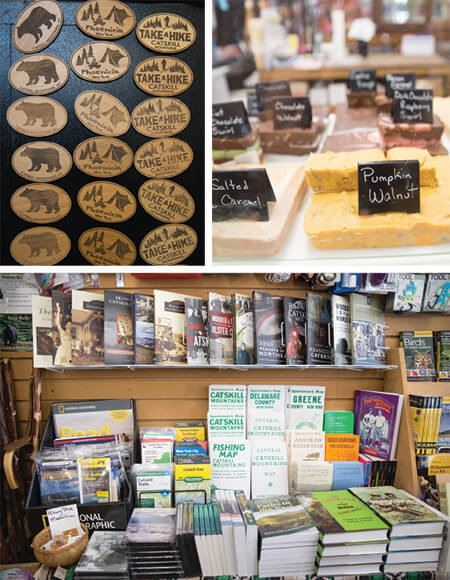 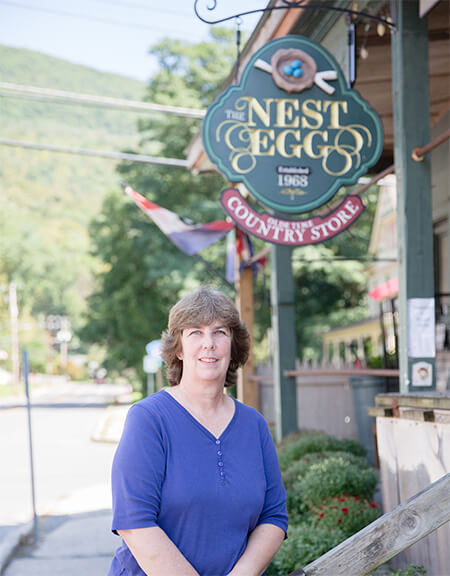 Center stage in the edible department belongs to fudge—more than two dozen varieties handmade by Robin herself at the Nest Egg’s sister store, the Phoenicia Ice Cream Station. (We told you this was a cool town.)

The affection’s mutual. “I love talking with customers and hearing their different stories of what brings them to the area,” says Robin. “We get a mix of visitors and locals; staying community-minded is the key.” Robin largely credits her dad with helping her grow into the role she now holds. But like a lot of Catskills-raised kids, she did journey forth from the hills for a time. “I studied hotel and restaurant management at Johnson & Wales University, and a lot of it translates—things like customer service and cost control,” she says. “And a lot’s still trial and error, listening to customers and meeting their needs.”

During COVID, The Nest Egg pivoted to keep meeting those needs. “We were closed for inside sales for 11 weeks. Once we were able to, we did curbside service—my husband made a Dutch door for the front door, so we could open half of it to pass merchandise out and accept payment,” Robin says. “When masks became mandatory, we posted on Facebook that we had bandanas and they were gone in about an hour. We were lucky—our staff was and is very conscientious about everyone’s safety.” 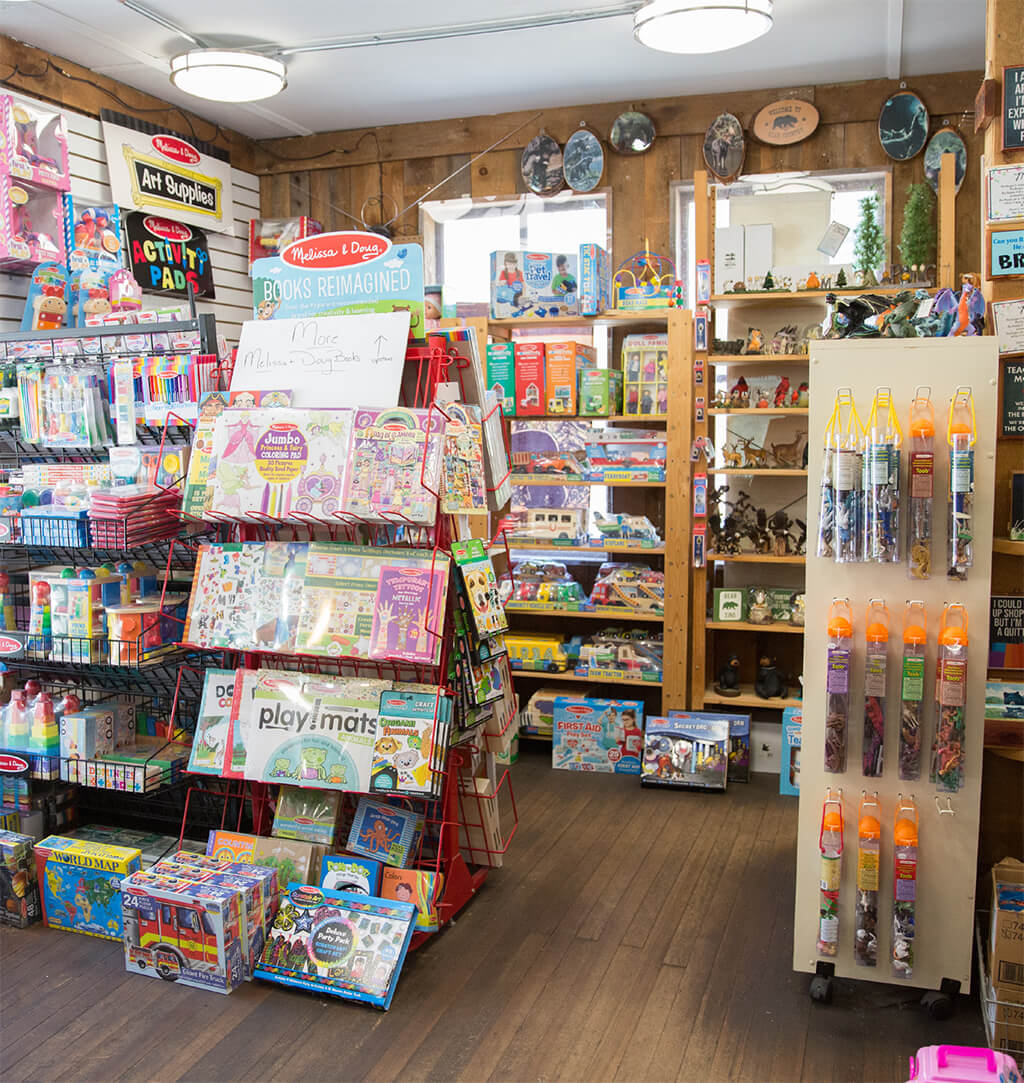 If in-person shopping is something you still can’t do, that doesn’t mean you can’t enjoy The Nest Egg. “If customers still aren’t comfortable coming in during regular hours, we’ll set up a private time for them to shop,” says Robin. “It doesn’t happen too frequently anymore, but it was popular right after we reopened in June of 2020.” It’s that level of consideration and service that customers offer a solid five stars when they’re talking about one of the coolest stores in this Coolest Town. So take Kristopher’s advice and come introduce yourself to Robin. You know you want to try that fudge.