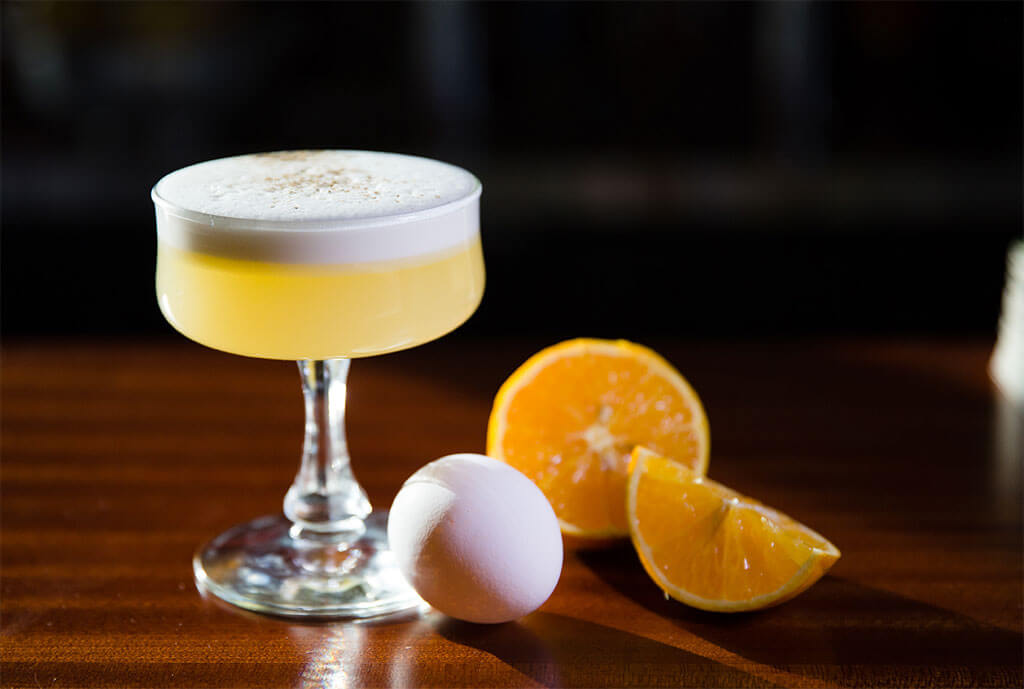 Some people are just meant to run restaurants, just as others thrive on working the soil or throwing clay. Matt Sweeney is a born restaurateur. “We had a large family—six brothers and a sister—and Mom always had people over for dinner a lot,” he recalls of his Rosendale childhood. “Still does.” 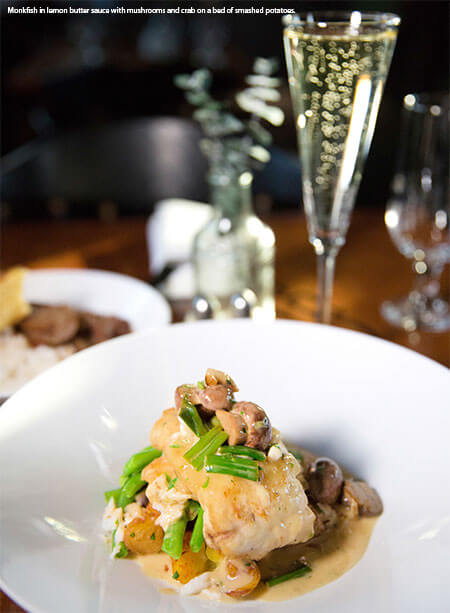 “It’s all in the ingredients,” says
Matt, “and we use the best available from Hudson Valley harvest.”

After Rondout Valley High School, he studied some environmental science, but the environment of professional hospitality, surrounded by food and drink and fun, remained his happy place. “I love music and food and socializing,” he says. “There’s a lot of work involved, but at the end of the day, there’s always a crew there to communicate with about the adventure.”

He worked all over the New Paltz restaurant scene and made a solid group of friends. It was sheer serendipity the way it all came together back in 2015: his then-current gig as manager of the beloved Rock and Rye Tavern was coming to an end—the restaurant was closing, and a space opened up in the Water Street Market. And what really pushed him over the edge from dreaming of opening his own place to actually doing it was the support and loving insistence of one of those dear friends, Theresa Fall, owner of Jar’d Wine Pub. Whether or not Matt was sure he was ready, Theresa was sure.

“I’d been to the previous restaurant there, on the second floor with the balcony overlooking the Gunks, and it’s a breathtaking location,” he says. “It was a daytime coffee place, not a ‘scene’ so much. But I always just loved the spot. “Meanwhile, Theresa had opened Jar’d three years earlier. We’d talked about teaming up on something.

Then we ran into the previous owner of the spot and he said ‘Wanna buy a restaurant?’ I thought he was kidding, but he just kept asking. The timing just fit together, and the next thing I knew, we were in it.”

He knew exactly what he wanted to serve. “My previous employer sent me to Tales of the Cocktail, a sort of bartending convention in New Orleans, and I was blown away. I went down several years in a row. I fell in love with the Cajun and Creole food, the cocktail culture. So much history. I’ve been to the bar where the first Hurricane was made 100 years ago.... I know when I’m on my way down there, I get hungry from the moment I’m on the plane, just thinking about the food there.”

If you’ve always thought of New Orleans cuisine as uniformly spicy-hot, you’re in for a surprise at The Parish. “The cuisine is actually very approachable. And we’ll tone anything down for you if that’s what you want—or tune it up.” 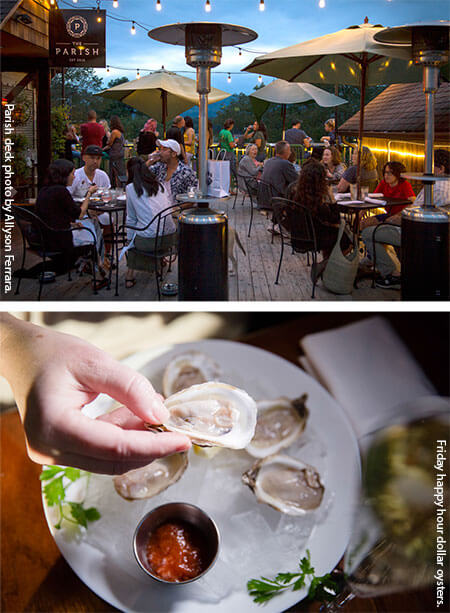 Authentic bayou flavor was impossible to find in the Hudson Valley, another plus. “There’s no shortage of Mexican food and pizza, but I wanted to do something different.” On Yelp and TripAdvisor, many happy diners say The Parish does it right. (A parish in Louisiana, by the way, is similar to a county in other states.) “I lived in the South for close to two decades before moving to the northeast, and I wasn’t expecting to find Creole food this good in Upstate New York,” says Santiago from Brooklyn, in a typical remark. It’s no coincidence that The Parish’s chef, Eric Donaldson, a Culinary Institute grad, hails from Baton Rouge.

“I love having music—we’ll be doing a lot of that on the patio this summer.” – Matt Sweeney, owner

If you’ve always thought of New Orleans cuisine as uniformly spicy-hot, Matt says, you’re in for a surprise at The Parish. “Much of the cuisine is actually very approachable,” he says. “And we’ll tone anything down for you if that’s what you want—or tune it up.” For those who’d rather, there’s a classic burger or vegan black bean patty on the menu, along with the gator bites, fried okra, and jambalaya. “It’s all in the ingredients,” says Matt, “and we use the best available from Hudson Valley harvest.” The beverage program also wins raves for quality and creativity. “We’re constantly adding new beers, wines, and cocktails. You walk in, a server’s going to invite you to try the latest. Then, too, if you want 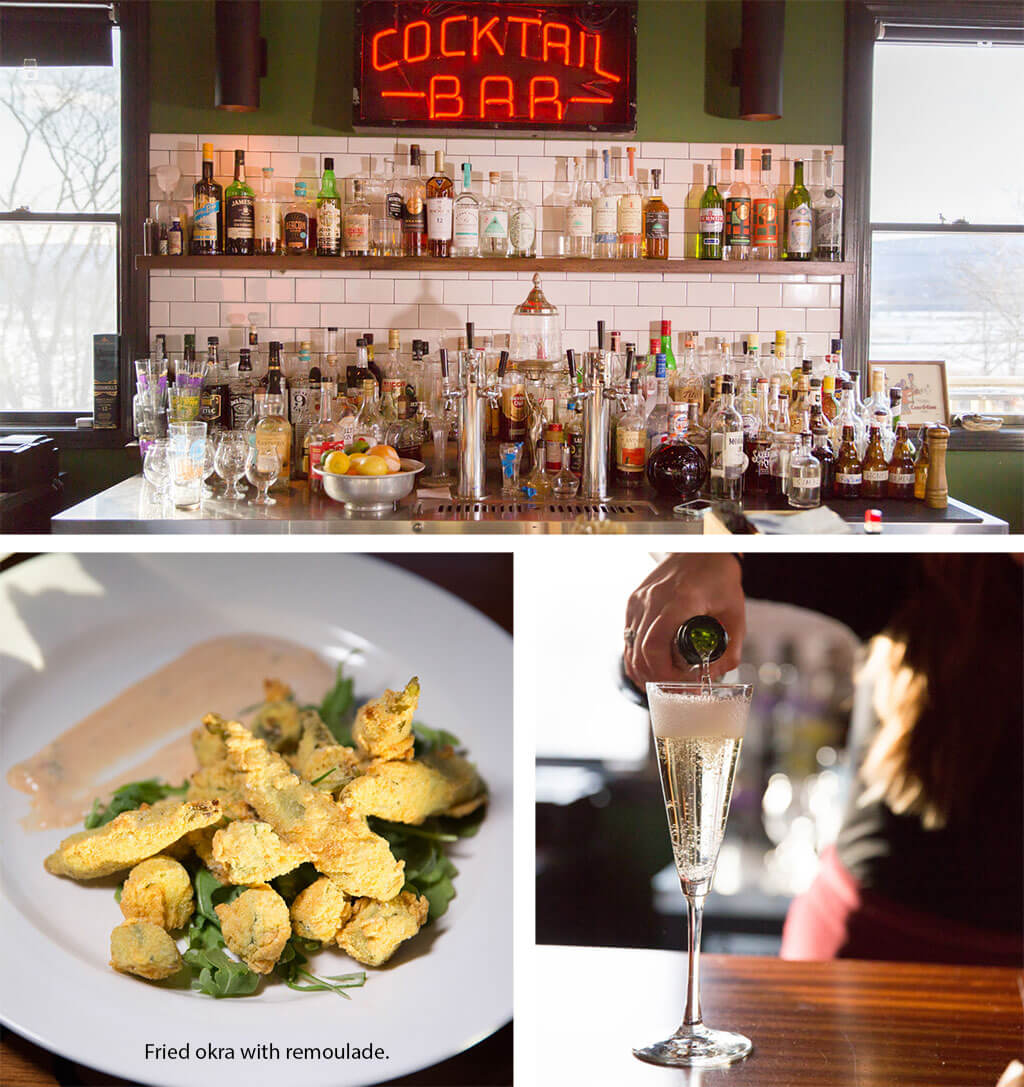 something special and can’t seem to find it anywhere, we can probably make it for you.” And this summer, you can enjoy those fresher-than-fresh beverages—or a classic Sazerac—at a newly installed 17-foot patio bar top looking out over that achingly beautiful view. “The sunset over the Ridge never gets old,” says Matt.

Neither does the company grow stale. The recent opening of Denizen Theatre has added a whole new dimension to the party. “It’s how Harry (Water Street Market owner Harry Lipstein) operates—he says he wants a theater and then you look up and there it is, a theater,” says Matt.

“Theater nights are great—you can feel the energy when everybody pours in, and they’ve all got their own take on what they just saw, and the place just jams out.”

Other times you’ll find The Parish jammin’: Wing Nights, Rib Nights, Industry Brunch on Mondays, and New Orleans Brunch on Sundays, with a whole different menu and live music. “I love having music,” says Matt. “We’ll be doing a lot of that on the patio this summer. One band, La Familia, plays great swinging blues and the swing dancers come out—it’s really fun to watch.”

Fun with a bayou flair has built a following in New Paltz; Matt admits he sometimes wishes the room was bigger, but the new bar top on the patio will help. Come on down, sit, sip something special, gaze at our glorious mountain range, and contemplate how lucky we are to have homegrown talent like Matt Sweeney with the courage to try new ideas. “I love the freedom, the creativity,” he says. “Three years in, I feel like I’ve learned what to do and also what not to do—and I’m just crazy enough to get up every day and do it all over again, only better.”

Pizza Bliss at a slice of italy, kingston