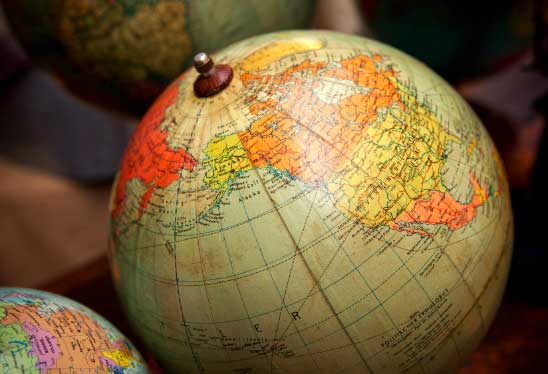 IT STARTED INNOCENTLY ENOUGH with an old globe my wife and I found tucked away in the corner of a vast, indoor antique store. I’m not sure why we were so attracted to it. Maybe it was our shared love of maps or the hilariously out-of-date countries (The USSR! The Spanish Sahara!) or the multicolored figure 8 sitting in the middle of the Pacific Ocean that served as an analemma, showing the sun’s declination for every day of the year.

Whatever it was, fifteen bucks later the globe was ours, and it was soon sitting by itself on top of a server in our dining room. It must have looked lonely, because a few weeks later another old globe was sitting next to it. And that’s all it took.

“Most start out small, but before long you’ve acquired two of the same item,” says Patti Kranis of the Ole Carousel Antiques Center in Stanfordville. “Now you have a collection.” Getting into collecting antiques is really that simple. You may even already be doing it. And it’s nowhere near as stressful, expensive, inaccessible, or complicated as you might think. To learn more about the ins and outs of collecting, I spoke with some of the Hudson Valley’s most popular antique dealers. Here are the five pieces of advice that kept coming up over and over. 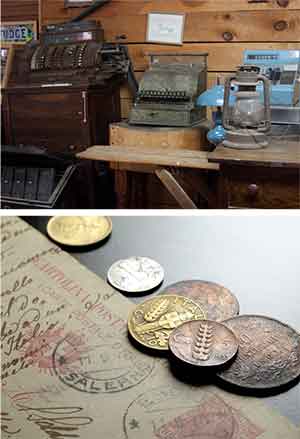 When deciding what it is you want to collect, don’t worry about what’s trendy or resale value. “Just start with what you find interesting or beautiful,” says Rebekah Milne of Milne’s At Home Antiques in Kingston. “Add to it when you can until the single object expands into a collection.”

“Most people will start a collection of what they are attracted to or want to live with,” says Kranis. “Collecting can also become a second hobby. A gardener might want to collect pottery; a sewer might be attracted to buttons and textiles.”

Whatever it is that tickles your fancy, it may not tickle your bank account later on down the line. “Don’t view it as an investment because you might never make your money back,” says Walter Marquez of New Paltz’s Antiques at Water Street Market. Trying to stay ahead of market trends and finding the right buyers can quickly turn into a full-time job and a full-time headache (ask anyone with a worthless box of Beanie Babies in the attic.) Just buy what you like. Marquez, for example, likes Santa Clauses. “I don’t really know why,” he says. “I’ve just always liked them. And now I have over 1,200 of them.”

Even if you’re not looking to make a mint off of Antiques Roadshow, it’s still important to learn about whatever it is you’re collecting. What is considered a “rare” item in your field? What is considered common? This will help you to understand how dealers set prices and when you’ve found a true diamond in the rough. But, more importantly, if you’ve chosen to collect something that you’re interested in, chances are you’ll also enjoy learning about the field itself. For example, did you know that during World War II, because borders in Europe were changing on a weekly basis, globes were sold with coupons that could be mailed in later for free “updated countries” stickers to affix to your globe? Me neither, until I started collecting. “It’s not just the object, but the history of the object that brings depth and learning to the collection,” agrees Milne. “A person makes the object one’s own as he/she learns about its uses, history, and beauty.” 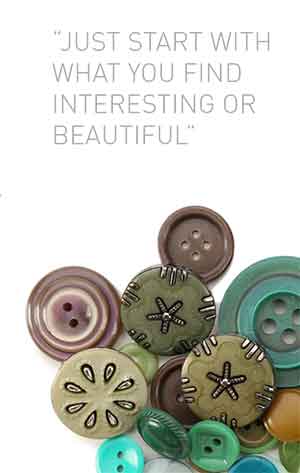 3. There’s a fine line between collecting and hoarding

When you first start collecting, you may be thrilled to find many items in your chosen field at every antique store and flea market you visit. Overcome by the rush of enthusiasm that comes with every new hobby, you may find yourself buying everything. Next thing you know, your living room is overflowing with overstuffed boxes of postcards or mason jars. That’s hoarding. Hoarding isn’t fun, and it always ends badly for everyone involved. Instead, slow down and learn to be choosy. “Understand what’s very common and what’s rare in your category, and make the rare items your goal,” says Karen Kaufman Orloff of Cold Spring’s Dew Drop Inn Antiques Center. “If you are, for instance, collecting marbles, you’ll find jars and jars of them at flea markets and garage sales. Look carefully for the one or two in the jar that you know are good ones. If you keep buying jars of marbles, you’ll have way too many common ones.”

You’ll also need to start thinking ahead when it comes to figuring out where you’re going to put this stuff. Pick a place where they can be prominently displayed, and if that place is limited in space, then don’t hesitate to limit your collection. The server in our dining room, for example, fits four globes perfectly. We stopped collecting at three, so we can hold the final spot for one that’s really special.

Remember that kid you knew growing up who would buy comic books and then seal them away in clear plastic bags with cardboard backs without reading them? Don’t be that kid. “If you like it, use it,” says Marquez. “Don’t just buy it and put it on a shelf. Actually use it and enjoy it.” If you’re collecting Depression glassware, go ahead and serve drinks in them. Salt and pepper shakers? Fill them up and put them on the table. Give those 78s a spin on the turntable when friends come over. And for god’s sake, let your kid play with those Beanie Babies in the attic already. They’re not making anybody happy by sitting in a box. 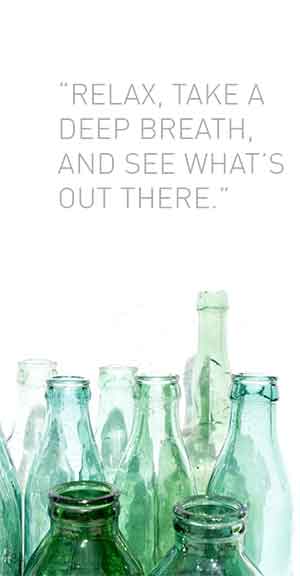 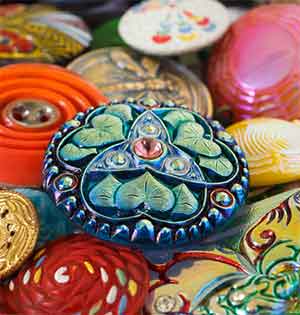 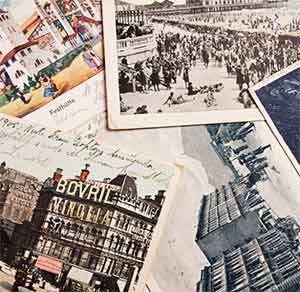 It’s easy to get wrapped up in the thrill of the hunt and the corresponding disappointment that comes when you don’t find what you’re looking for. So enjoy the act of looking. The Hudson Valley is one of the most visually stunning and culturally vibrant parts of the county, and there’s no better way to experience it than to spend a spring weekend driving from antique store to flea markets and stopping to enjoy the towns, restaurants, farms, orchards, trails, and roadside ice cream stands along the way. Not finding just the right antique typewriter goes down a lot easier when you come home with a basket of peaches you picked yourself and a smartphone stuffed with new photos instead.

Relax, take a deep breath, and see what’s out there. And if you happen to find a Rand McNally celestial globe from 1930, let me know. I’ve got just the spot for it.

Preparing For a Warm Home