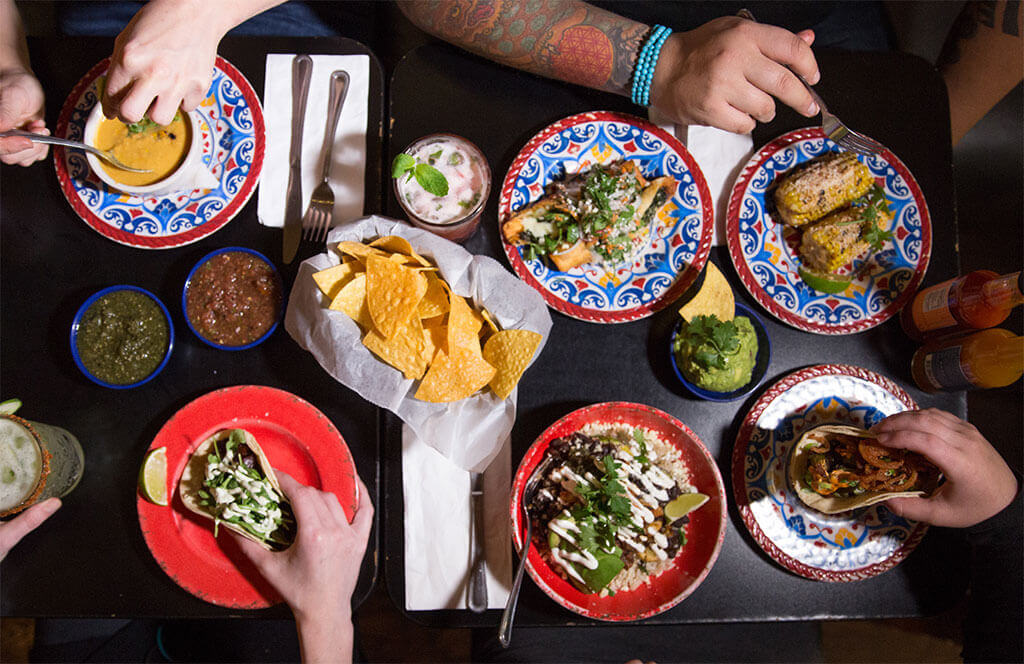 People outdo themselves trying to put the amazing, fresh, and fabulous experience of tacos from Diego’s Taqueria into words. “I’m disappointed I lived my life without them until now,” says one. “These tacos may be the cure for anxiety,” says another. 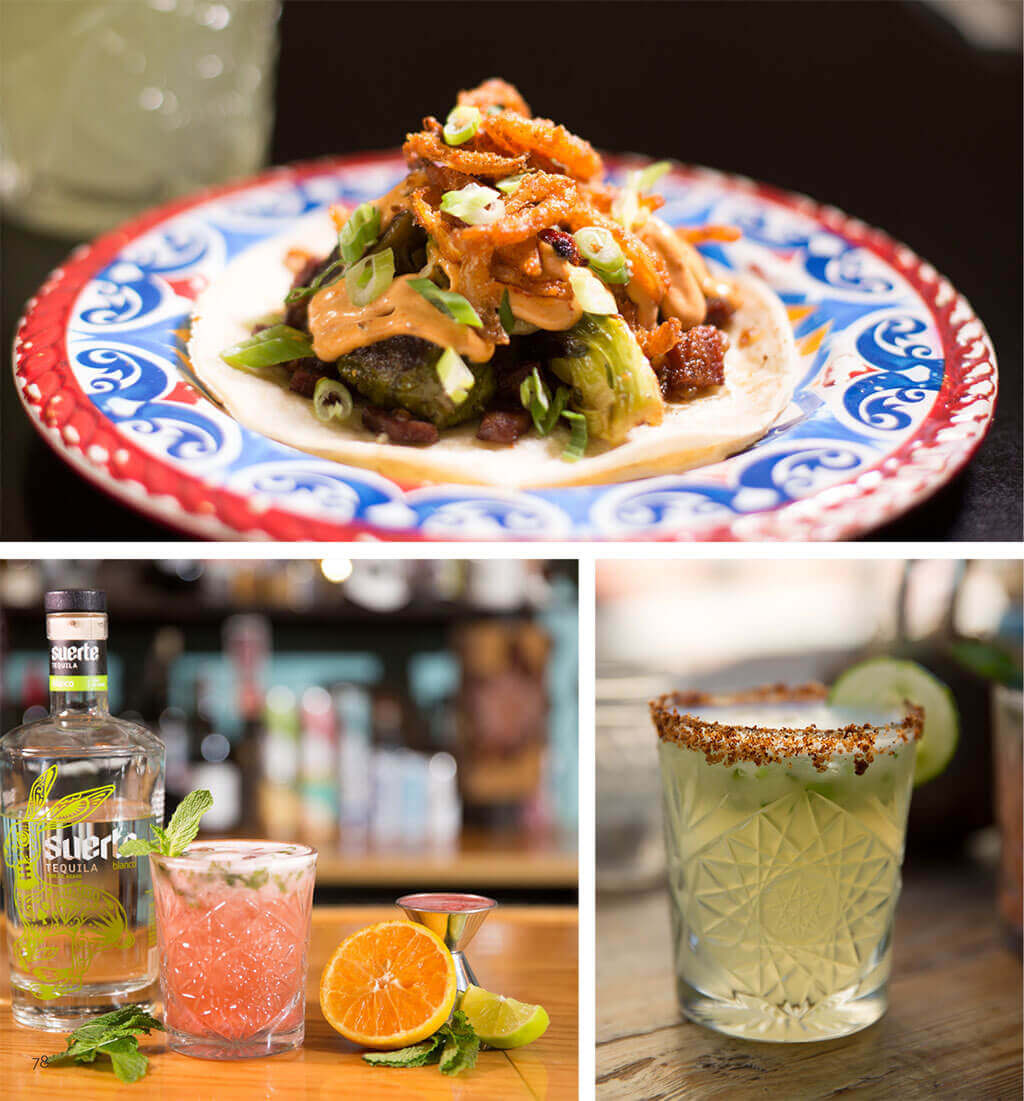 As of the time of printing, Diego’s is open for take-out, with curbside pickup.

Isaac and Elena Cruz, the couple that has been providing these tacos in Uptown Kingston for the past six years, set out to open the place they themselves wanted to go. “There’s a lot that’s good on the scene, but we were missing this one style of food and this particular, perfect cool vibe,” says Elena. “We wanted to create a space that put all that together.”

“It’s the way Elena cooks that’s the magic,” says Isaac. “I’m the barker. I make sure the tent’s set up, create the environment for her to function in. We’ve been so blessed. We were on Chopped, which was amazing. And people do just go crazy over her food.” “We are a multilayered duo,” says Elena.

Isaac was born in the Bronx, spent his teen years in central New York, then spent several years in California and Hawaii as a Marine before arriving in New Paltz in 1998. Elena, born in Staten Island, came upstate as a SUNY New Paltz student in 2000 and never left.

Both love calling the Hudson Valley home. “I still marvel at this place,” says Elena, “after 20 years. Open space, the history, the mountains, the river, then added to that, this is one of the more diverse areas anywhere in terms of demographics and attitudes—every walk of life is represented here; it’s really beautiful.”

“Mom let me in the kitchen when I was small, perched on a stepstool,” she says. “l was always really curious about ingredients and processes, and she never kicked me out, ever. It lit the fire.” 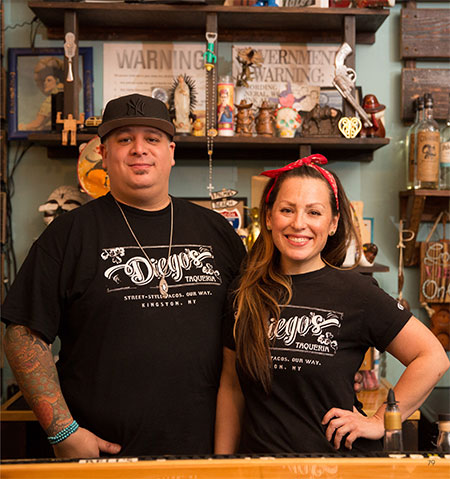 Isaac’s first job in New Paltz was cooking in the university’s Hasbrouck Dining Hall; from there, he moved on to work at The Gilded Otter in its early years and then to Mohonk Mountain House.

“I wanted to learn everything about the front of the house,” says Isaac. “I started at Mohonk as a server, became an assistant manager, and then captain.”

Elena’s first role at Mohonk was as a lifeguard, a job she took mainly because it would position her to move into hospitality when something opened up.

“I asked for ‘hostess’ because I thought it sounded easy. Hah!” she says. Eventually, she moved into the conference planning department, where she organized events, from family reunions to corporate retreats. While still a lifeguard, she met Isaac.

“Actually, we first talked at Bacchus,” Isaac says. “When she was at work, doing her lifeguard duty, she ignored me. So here we are sixteen years later.…” “Me still ignoring him,” quips Elena. 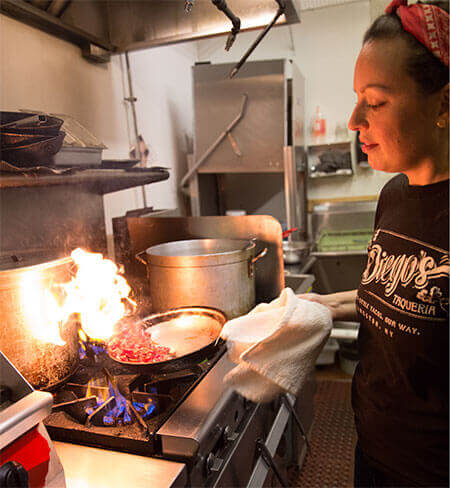 Isaac and Elena Cruz, the couple that has been providing these tacos in Uptown Kingston for the past six years, set out to open the place they themselves wanted to go.

Elena’s passion has always been food. “Mom let me in the kitchen when I was small, perched on a stepstool,” she says. “l was always really curious about ingredients and processes, and she never kicked me out, ever. It lit the fire.” She went on to become an avid Food Network watcher and supermarket buff, always seeking new ingredients. She considered culinary school, but the admissions process sounded intimidating. The dream never died. “My whole social life has always revolved around cooking,” she says.

Both were serious burrito lovers, and when Blockhead’s Burritos (now closed) opened in New Paltz, Isaac took the direct approach. “I asked the server to point out the manager and went over to their table and said, ‘Hi, I’m a manager at Mohonk. I love what you do and I want to run this place.’ I wanted to move into smaller independent situations. At first, I’m sure they thought, ‘Who’s this nut?’ But, eventually, they asked me to sit down, and then to come back with my résumé.”

He spent the next 18 months in an immersion study of all things taco and burrito. And when the owners of Lucy’s in Kingston were ready to move on, Isaac and Elena tapped out their 401(k)s, got a little help from family, and took the plunge.

“There’s a lot that’s good on the scene, but we were missing this one style of food and this particular, perfect cool vibe,” says Elena. “We wanted to create a space that put all that together.” 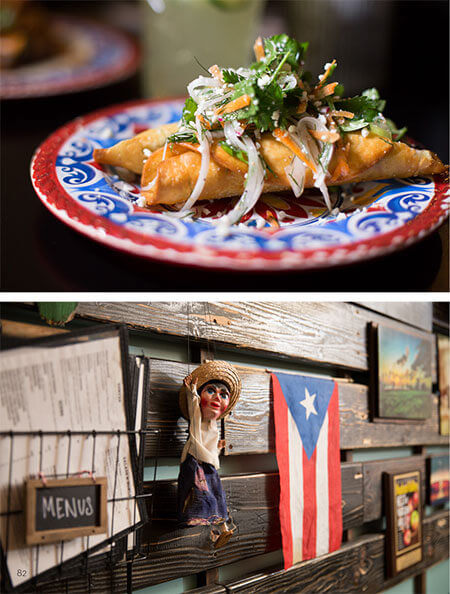 “I think Elena’s story could be a great inspiration for young men and women who want to get in but they’re scared. And when I look back on the whole adventure, I realize, we’re doing exactly what we’re meant to do.”

The plan had always been that Elena would create the recipes and do the cooking. “But I had zero professional experience in a kitchen, just with hospitality,” she says. “I had a lot,” says Isaac, “but I wanted nothing to do with that part. It was hard. I had to learn when and how to tell her what to do….”

“Trying to hire chefs was tough,” says Elena. “Most were like, ‘Hey, nice little girl, let me show you exactly what to do,’ and that was never gonna fly. Finally, we found a guy who saw my vision and was willing to just teach me about the line, the timing, tickets, and things like that.” But the restaurant business is notoriously unpredictable, and the day came when that relationship ended. “That night it was, ‘What do we do? Do we back down and keep him?’ And then Isaac was like, ‘You’re the chef. You’re just going to have to do it.’”

The next night, faced with actual tickets, Chef Elena was born. “I just started doing it and it felt like the most natural thing in the world. He helped for a couple days, but it was as if my hands just knew the next move to make.” “Scary, actually,” says Isaac. “Bothers me sometimes. I mean, I spent 12 or 13 years studying that.” 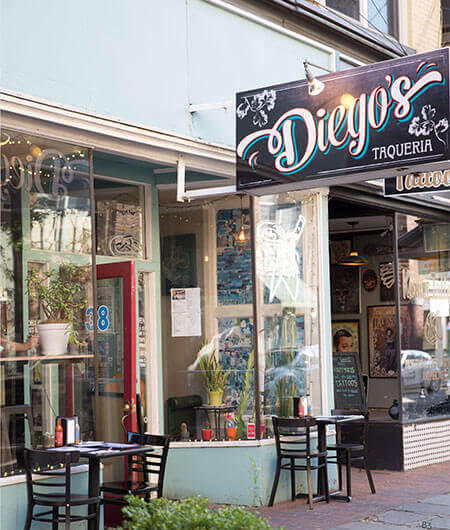 The menu is composed of specials Elena has invented that have been greatest hits.

Any restaurateur will admit that the front and back of the house are bound to conflict at times, and Isaac and Elena say it keeps life interesting. “Neither of us is any shrinking violet,” says Isaac.

“One of us is from the Bronx and the other’s from Staten Island; one’s Puerto Rican and the other Jewish. It’s safe to say I have both laughed and cried over this & that there’s not a submissive in this relationship.”

But the chemistry as it does exist has powered a meteoric rise in the past six years. People crave the creative menu items; the menu is composed of specials Elena has invented that have been greatest hits. “The menu doesn't seem big, but everything has five components and the prep is constant work,” says Elena. “The meats are braised for five, six hours.” The work pays off. There’s been the Chopped appearance, the 2017 winning of “Best Taco Selection” by public acclaim, the press notices saying “insanely delicious” and “super fun and chill.” Getting a full-on liquor license was another milestone; the cocktail program has taken its place alongside the tacos in winning rave reviews. 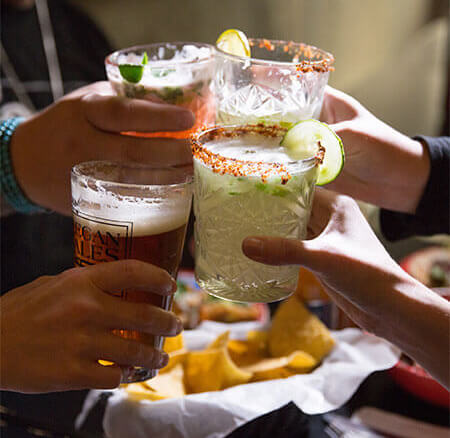 They’ve been voted Kingston’s most romantic dinner spot, which perplexes them a little. “We’re not [French bistro] Le Canard Enchaine,” says Isaac, “but we have had five first dates that happened here and led to marriage, so something’s working well. We’re waiting for the first baby to be named Diego.” In an ironic twist, they were invited to open a branch in the SUNY New Paltz student union building, on the campus where Isaac worked when he first arrived, and students can now grab a Diego’s taco on the way to class.

But you won’t see Diego’s Taquerias popping up on every corner. Isaac and Elena are too protective of their lovechild to go in that direction. “Rather than just expand, I think we may decide to focus here, keep improving the mothership,” Isaac says. “I’ve seen people try to sell a name and blow it up and then not last. I could see maybe making and selling a spice mix or salsa. And I think Elena’s story could be a great inspiration for young men and women who want to get in but they’re scared. And when I look back on the whole adventure, I realize, we’re doing exactly what we’re meant to do.”

“I came up with this recipe during a particularly sad corn shortage. The ears that were coming in were under-grown and lacked flavor. Despite this fact, we didn’t want to take Street Corn off the menu and cause a riot, so we decided to cut the grilled corn off the cob and create a dip for chips instead! Our customers loved this so much they were disappointed when we were no longer offering it; go figure! This is a simple recipe, but a crowd-pleaser. Bring to a BBQ or potluck; it’s also a great use for leftover grilled corn in the summer.” This recipe makes enough for a small to medium gathering, but adjust accordingly for eating at home. 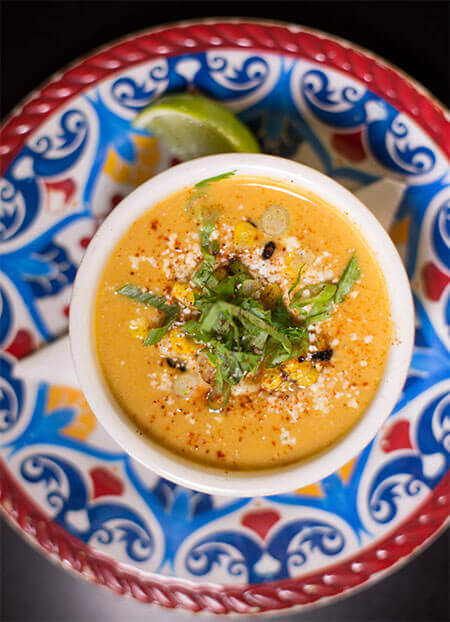 Grill corn on an indoor grill plate or outdoor barbecue until marked on all sides. This can be done one of two ways: boil corn for about 7 minutes and place it into ice bath, then grill. Or, grill raw corn and place it into a baking dish or bowl and immediately cover tightly with plastic wrap to steam for 20 minutes. Cut corn off cob. Cool completely. Blend top 7 ingredients in blender or food processor. Stir in all remaining ingredients by hand. Garnish with more cilantro, cotija, green onions, and/or smoked paprika, and lime wedges on the side. Serve with any kind of chip (we use tortilla chips), crudités, or literally anything you can put dip on. Or just eat it with a spoon! 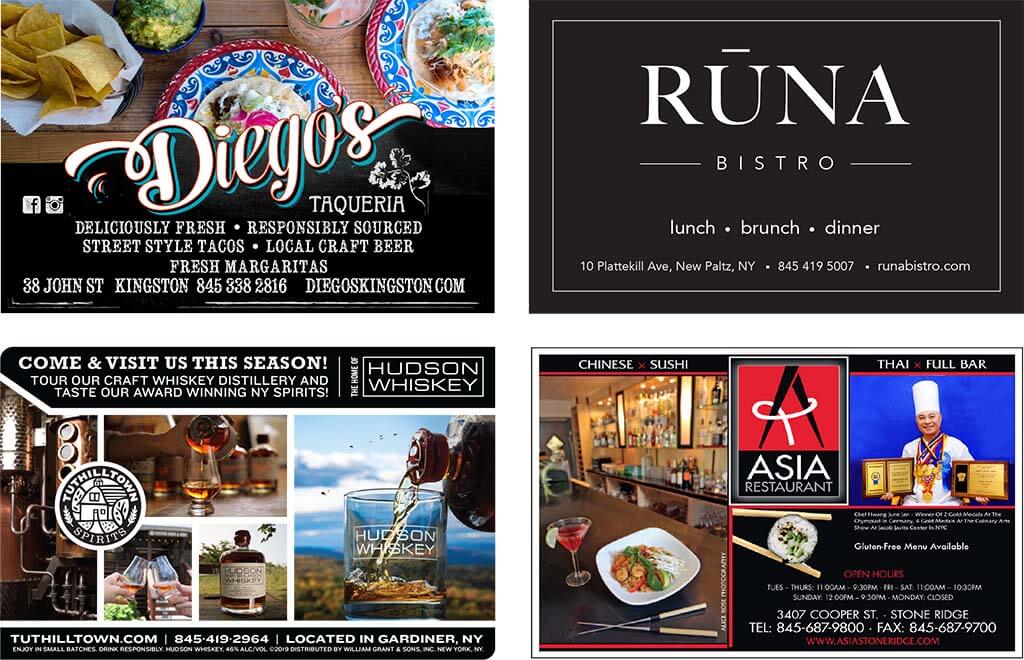 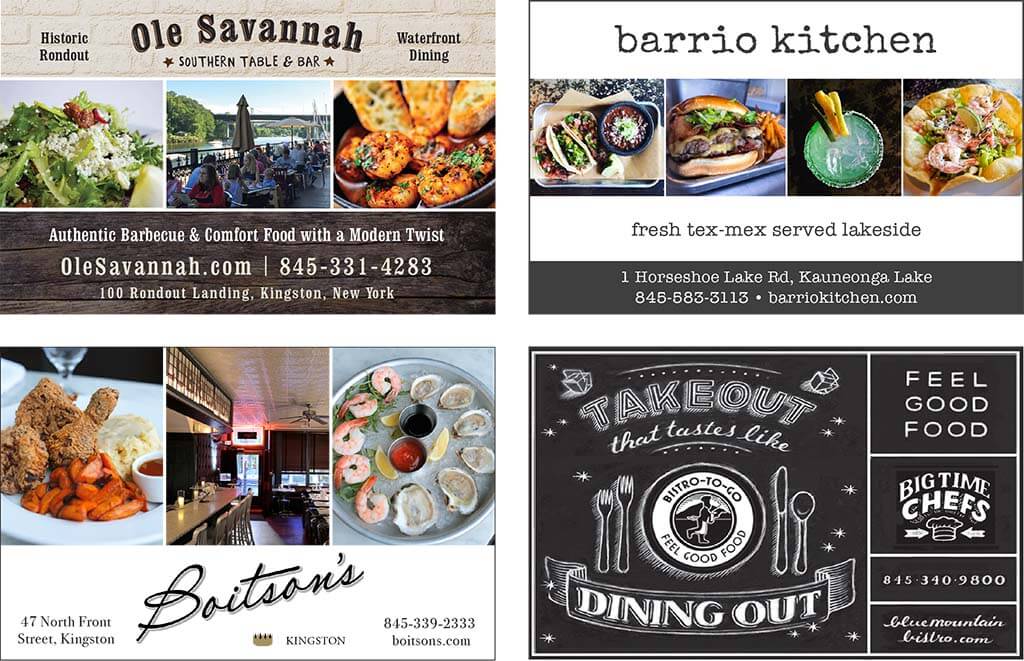 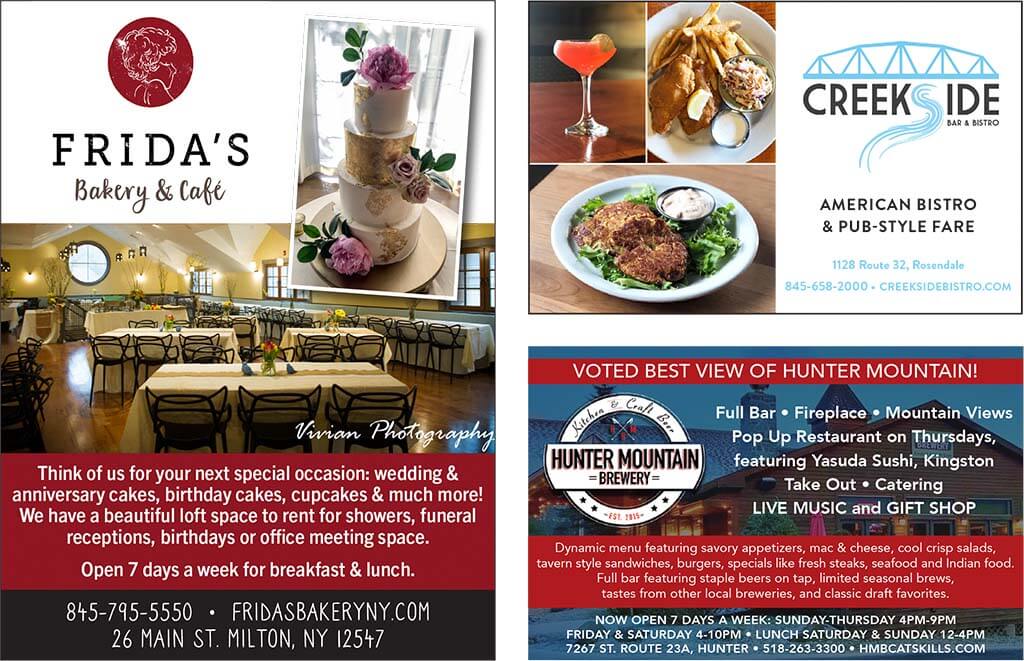