BEER WITH A CONSCIENCE. The Story Behind New York’s First Organic Beer 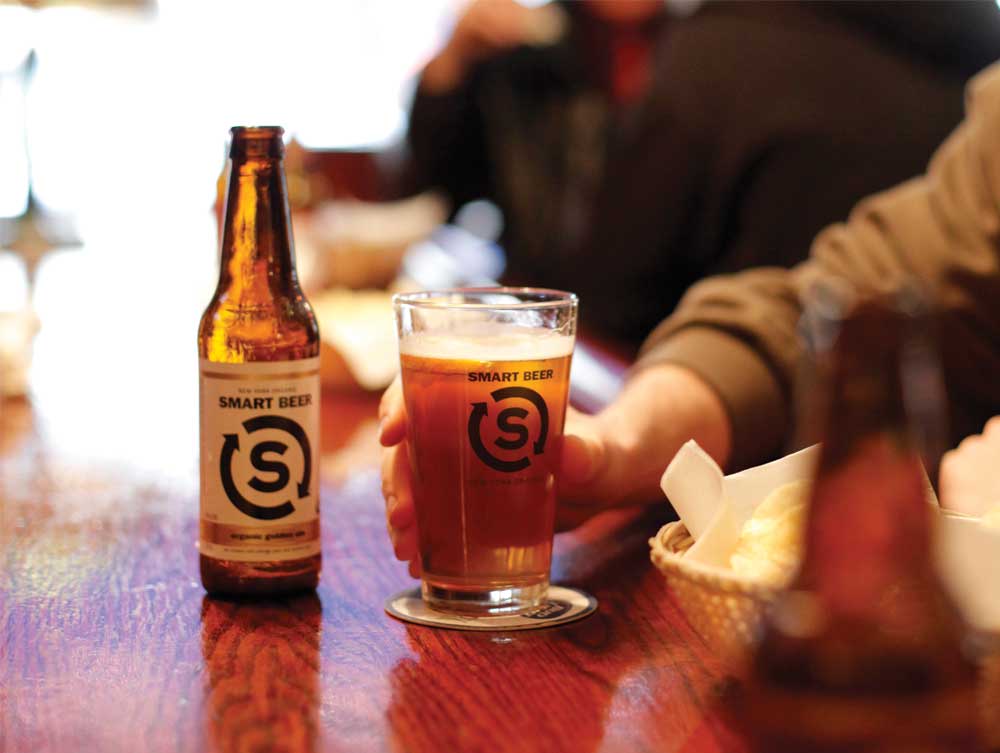 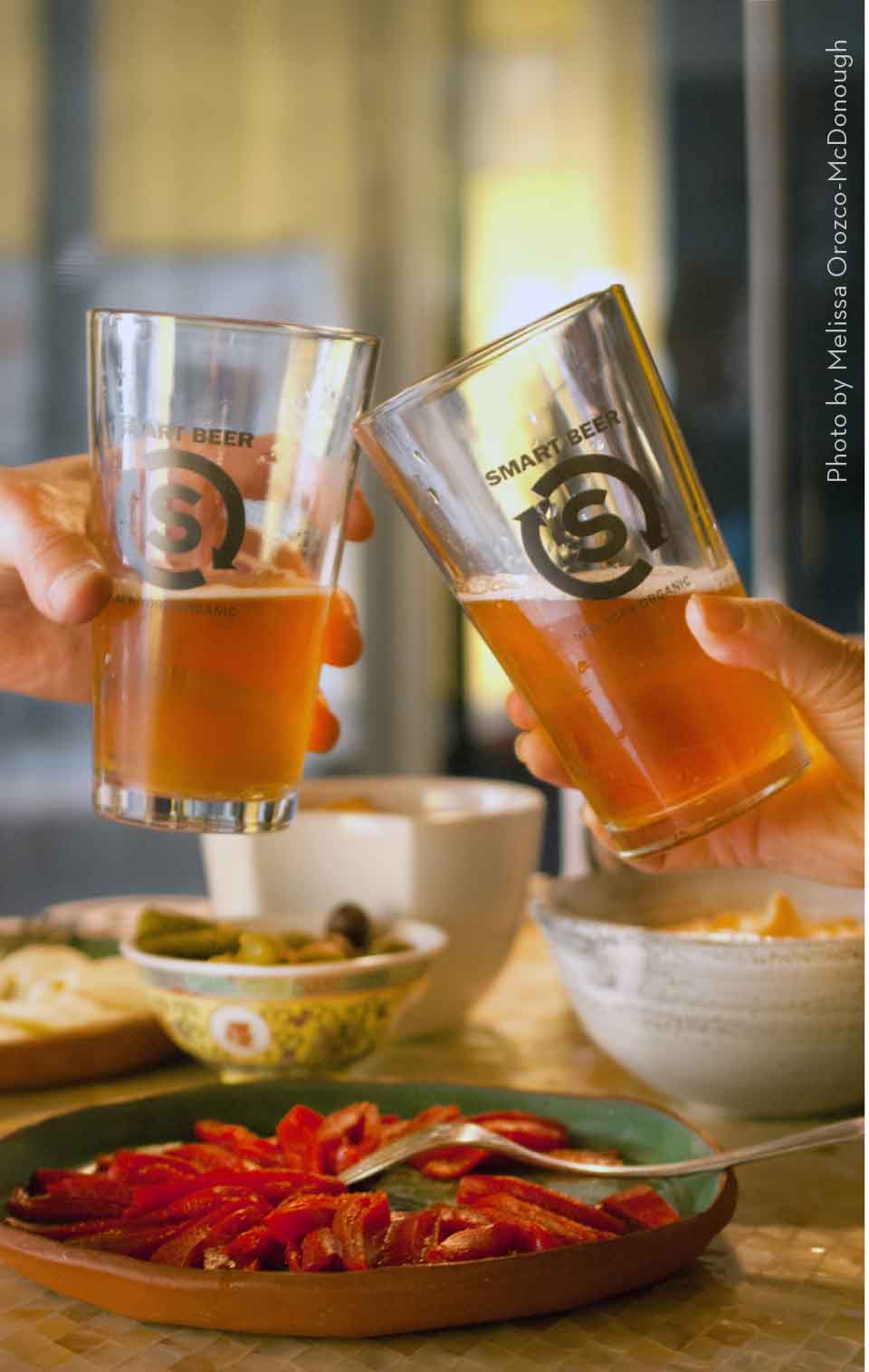 THE HUDSON VALLEY HAS NO SHORTAGE OF CRAFT BREWERIES, BUT IT CAN NOW PROUDLY CALL ITSELF THE BIRTHPLACE OF THE FIRST CERTIFIED ORGANIC, NON-GMO NEW YORK BEER. Smart Beer in New Paltz recently produced its Organic Golden Ale, made with 100 percent organic USA hops, grains, and barley and a touch of orange peel and licorice root—delicious.

It’s available in over 100 locations from Westchester to Saratoga and opened up distribution in New York City this February. Smart Beer is taking off with lightning speed, and its success is owed to its founder, Gabriel Heymann. Heymann had the opportunity to taste craft beers on his travels as a touring musician, and when his band spent four years recording in Los Angeles, he was introduced to yoga and meditation too. At first, his new passion conflicted with his love of celebration, causing him to cut out drinking altogether.

“Then I realized that social life and celebration is all part of a healthy and exciting life,” he said. “It’s about connection, and you shouldn’t have to sacrifice your lifestyle or values in order to celebrate. We can have it all.”

Heymann noticed that there was no organic beer that represented his lifestyle and values—nothing he would be proud to drink at the bar. So, he started working with friends to craft his own beer, but Smart Beer gained fans quickly.

“Every step of the way, people were excited,” he said, “so we kept building it.”

Two years ago Smart Beer held a launch at the Gilded Otter in New Paltz, setting the stage for a great company and a great product. But how did Smart Beer come to New Paltz?

“ I felt that the Hudson Valley had somewhat of a West Coast vibe but still had that New York realness that I love.”

“Around eight years ago my family moved up to New Paltz from Rockland County,” said Heymann. “I would visit and grew to love it, and I decided to move back to New York and call the Hudson Valley my home. I felt that the Hudson Valley had somewhat of a West Coast vibe but still had that New York realness that I love.”

Wholefoods soon found out about New York’s first organic beer, and major beer distributors followed. In October 2015 Smart Beer announced their Organic Golden Ale on a larger scale, and their success continues to climb. Smart Beer recently expanded through all NYC Wholefoods locations and is also available in Yonkers and at Candle Café and Candle 79, two well-known vegan restaurants in Manhattan.

“We’re just going to target all the coolest spots in town, just like we did up here,” said Heymann.

You can find Smart Beer carried locally at Friends and Family II Hillside in Accord, the High Falls Kitchenette, both P&G’s and Snug Harbor in New Paltz, The Falcon in Marlboro, and many locations in Kingston, including BSP Lounge, Boitson’s, Ecce Terra, and more.

“We’re launching the organic IPA in April as well, so there’s a lot going on,” explained Heymann.

Heymann gave VISITvortex the opportunity to try a sneak-peek of his soon-to-be-released IPA, and we gave it two thumbs up. It’s smooth and retains the hoppy aspect of an IPA without a harsh bitterness.

But to Heymann, it’s about more than just great drinks.

“If we can bring people together over an organic beer, with good values as a starting point, where could things go from there?” 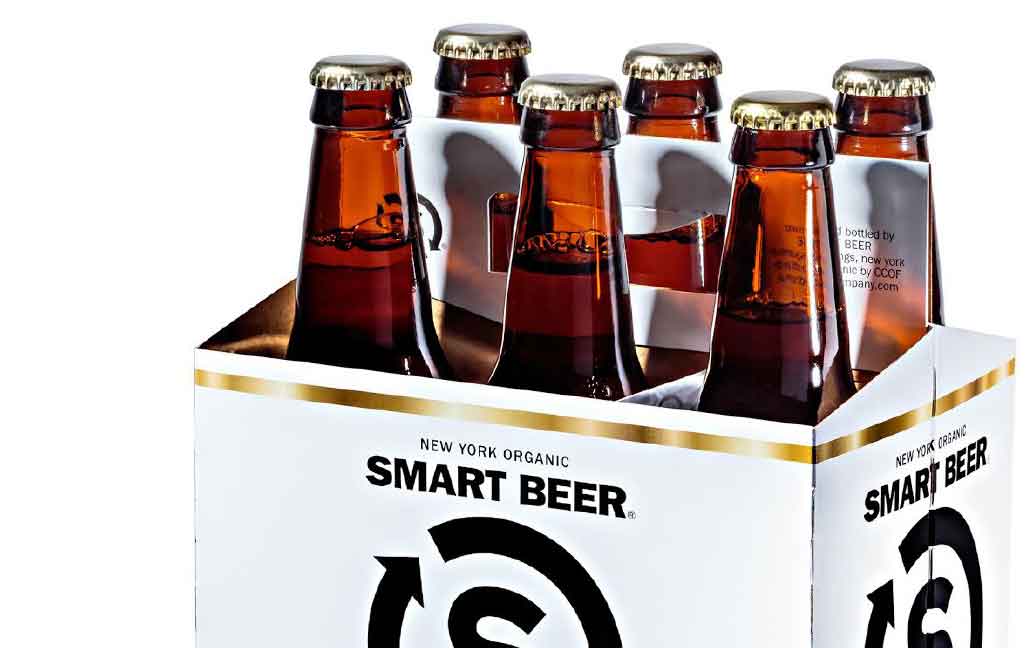 Smart Beer’s original Organic Golden Ale was the first organic beer made in New York, and their IPA will be the first organic New York IPA. For next spring, Gabriel said he intends to play with a new gluten-free recipe as well.

How It's Made: Sheep to Shawl

How To Make Wrapping Paper