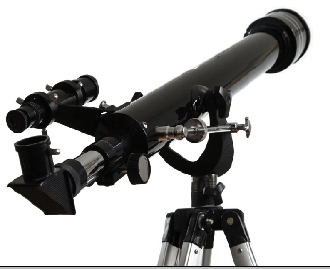 Spring brings some of the finest, and easiest, astronomical viewing to the Hudson Valley’s night sky.

It’s a great time to see some of the best and brightest galaxies, as well as an array of double-stars, globular clusters (imagine a solar system made entirely of suns, thousands of suns), and nebulae (vast interstellar dust clouds and the remnants of dead stars).

To make the most of the following descriptions, you’ll need access to a star map. If you don’t have one, monthly magazines like Astronomy (astronomy.com) and Sky & Telescope (skyandtelescope.com) publish highly usable charts and maps to get you started. Alternatively, you can go straight to the Internet, at either of the above sites, and easily generate an accurate sky chart for your location tonight. 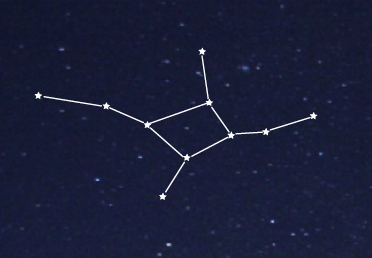 Easy to find between Leo (to the west) and Libra (to the east), Virgo is another very large constellation; in fact, after Hydra, it’s the second largest. Locate the constellation’s brightest star Spica by following the curve of the Big Dipper’s handle, through Arcturus in BoЪtes, to Spica in Virgo.

The galaxy M60 is 60 million light-years from earth and is 60 billion times as luminous as our sun. The majority of Virgo’s galaxies are part of the Virgo-Supercluster, a vast cluster of perhaps 1,500 galaxies, of which our galaxy, the Milky Way, is an outlying member.

Finally, Virgo has more confirmed exoplanets than any other constellation: 24 exoplanets orbiting 18 stars. 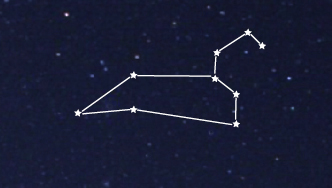 Lying well above the southern horizon at this time of year, Leo is a large constellation, some 30° across. Packed with gorgeous galaxies and double-stars, it’s well worth checking out.

The brightest star in Leo is Regulus, visible in the lower right part of the constellation, at the base of the “sickle” shape. This blue-white star is about 77.5 light-years from Earth—meaning its light has taken that long to land on your retina. Using binoculars, can you pick out its companion star?

One of the finest double-stars in the sky is Algieba, a “true double” with two yellow stars locked together in orbit, and spinning past each other once every 620 years.

In comparison, Denebola, a double star with blue/orange components, is an “optical double,” meaning the stars are not connected gravitationally; they are far apart in space and simply happen to lie on the same line of sight. Galaxy-wise M65, M66, and NGC 3628 form the Leo “Triplets”, a nice group of galaxies visible through your telescope all together in the same field of view. M65 and M66 are brighter than NGC 3628 but you can make out the latter’s elongated form; it looks very “edge-on”. 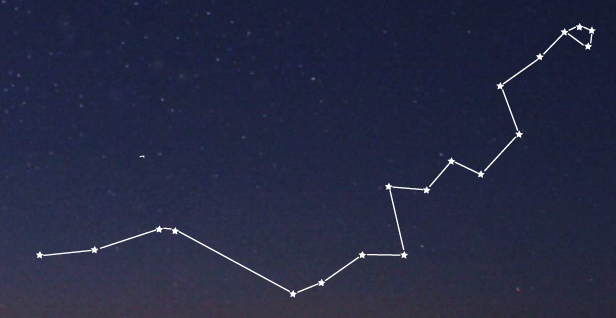 Lying along the southern horizon at midnight, and spanning a full 90°, Hydra is the largest constellation in the night sky.

The first galaxy to check out is M83, an impressive barred spiral galaxy; even a small telescope will pick up its obvious structure.

Visible as a small round cloud in binoculars, M68 is a globular cluster, floating in space some 33,000 light-years distant. Globular clusters are some of the oldest structures in our galaxy, and their formation and stability is something of a mystery. A telescope will resolve the cloud into individual suns. Spectacular.

If you’re in the mood for ghost hunting, check out NGC 3242, the Ghost of Jupiter, a fine “planetary” nebula—formed as a dying sun begins to cast off its outer layers. Even small scopes bring out its pale blue disc that appears about the same size as Jupiter (which is how it got its nickname). 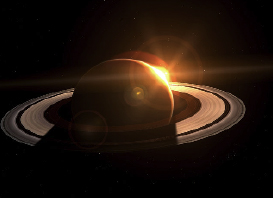 On April 3rd Saturn will be at opposition, meaning the sun and Saturn will be on diametrically opposite sides of the sky. This means it rises in the east as the sun sets in the west, and remains visible all night long. This is great because, at this point in its orbit, it comes closest to the Earth and therefore appears bigger and brighter than at other times. It’s the ideal time of year to view the ringed wonder. Even a small telescope can split the rings into their A and B components.

On April 21/22, the Lyrid Meteor Shower peaks. Not normally a huge shower, it can nonetheless produce meteors with very bright trails that last several seconds. Meteor showers are best viewed with the naked eye, wrapped in a warm blanket.

A Whole Lot of Somewhere