Sure, the holidays can be a time of indulgence. We lavish our children with gifts and food, with the fervent hope of building sweet memories that echo the ones from our own youth. But this time of year is also an opportunity to sneak in a history lesson or two. That is a gift that will enrich and endure, long after the Playstation 3 has been discarded. 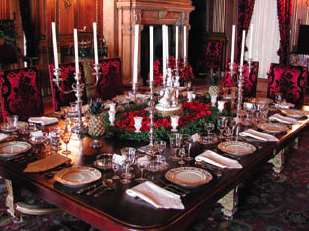 Here in the Valley, there are teachable moments everywhere you look, in the nearby museums, nature preserves, and historic areas. These places commemorate the people who settled before us, struggled, triumphed, and left their mark for future generations.

A look back into our shared past provides an illuminating education beyond the classroom walls. Whether they were French Huguenot, Dutch, or 19th-century European immigrants, these settlers faced the challenges of this new land with courage and ingenuity. And they left behind fascinating examples of their resourcefulness—to humble everybody who ever complained of a brief power outage during a winter storm.

These people brought rituals to our shores, which afforded them comfort and joy in a strange new land. While life could be difficult, there were happy times, especially when December approached. Our predecessors celebrated the birth of their savior in myriad ways, drawing on both the pious and raucous customs of their native homes. An exploration of Christmas customs is a great springboard to better understanding this region and its people, whether two, three, or four centuries ago.

One of the best opportunities for Christmastime education is at the Dutchess County-based mansions that are managed by The National Park Service. The NPS administers these properties: Springwood, the FDR home; the Franklin D. Roosevelt National Historic Site; his private hideaway, Top Cottage; the Eleanor Roosevelt National Historic Site, Val-Kill; and the Vanderbilt Mansion National Historic Site. Any time of year, these places provide an illuminating window onto our past. But at Christmas, especially, they are decorated in festive fashion to reflect the customs of Christmases past. Special candlelit tours are provided. Some places even offer live music, decorated live trees, cups of authentic refreshments, and holiday cheer. Thus, visitors can learn much about their ancestors’ ways of life as viewed through the cheery lens of the holidays.

The FDR Presidential Library and Museum is located in Hyde Park. The Library is the nation’s first Presidential Library. It houses FDR’s papers, from his term as governor of New York and as president of the United States. The museum contains FDR’s White House desk just as he left it on his last day of work, as well as the Ford convertible he had equipped with special hand controls to accommodate his paralysis. You can listen to one of his “Fireside Chats” in his actual study. Other exhibits focus on his life as a Hyde Park youth; his first 100 days in office; and even Fala, his faithful Scottie. In 1971, two wings were added to honor his wife, the beloved Eleanor Roosevelt. The papers of Mrs. Roosevelt, who was known as The First Lady of the World, are housed here, as well as a gallery dedicated to her personal life. The FDR Library and Museum hosts special events each year, including a World War II living history re-enactment Bivouac during Memorial Day weekend with a USO show. In conjunction with the National Park Service, ceremonies commemorate FDR’s birthday on January 30 and Eleanor’s birthday on October 11. fdrlibrary.marist.edu 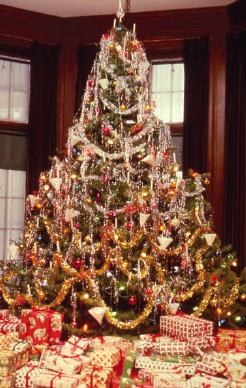 Wallace Center & Springwood
Start your trip at the Wallace Center, named for Henry A. Wallace, vice-president during Roosevelt’s third term. The Wallace Center includes orientation exhibits and a short film titled A Rendezvous with History. Visitors to the Wallace Center receive information about tours of Vanderbilt Mansion, Val-Kill, and Top Cottage, which are located offsite. Once acclimated, visitors can tour Springwood, a 35-room Georgian Revival style mansion that was the home of the 32nd president of the United States. Once a farmhouse, Springwood is the only home to be occupied by an American president from his birth to his death. It is where FDR entertained world-renowned guests such as Winston Churchill, King George and Queen Elizabeth, and royalty exiled from Nazi-occupied Europe. The estate includes a stable, extensive grounds with walking trails, and the famous Rose Garden where FDR was laid to rest after his death on April 12, 1945. Eleanor and their two dogs, including Fala, are also buried there. FDR deeded his home to the American people as a part of the National Park System, and it opened to the public in 1946. NPS.gov/hofr

Val-Kill
The only historic site created for a first lady, the Eleanor Roosevelt National Historic Site (Val-Kill) is located two miles east of the Roosevelt home. It encompasses Val-Kill Cottage, which was Mrs. Roosevelt’s country home, cutting gardens, forests, and a pond created from the Fall-Kill creek. Nestled in a 180-acre wooded plot, it initially served as the Roosevelt family retreat for picnics and swimming. Visitors will view an introductory film called Eleanor Roosevelt Close To Home. Val-Kill’s warm, knotty pine interior is filled with framed photographs of Eleanor’s many friends and family, stone fireplaces, a sleeping porch, walls of books, and hundreds of personal decorating touches. Known for her love of the simple touches, Roosevelt maintained no haughty airs and welcomed everyone to this redoubt, whether neighbors or world leaders. Val-Kill also served as the location for Mrs. Roosevelt’s furniture enterprise with two female friends, which employed local youth. It closed in 1936. Following FDR’s passing in 1945, Mrs. Roosevelt made Val-Kill her primary residence until her passing in 1962. The site was established in 1977. NPS.gov/elro

Top Cottage
On the easternmost end of the Roosevelt estate is Top Cottage, established in 1938, five years after FDR became president. It was his own getaway from the burdens of being the leader of the free world; Roosevelt would take long drives here, savoring the beauty of the trees and the view of the Catskill and Shawangunk mountains. Top Cottage was a bid for independent living, as Roosevelt had been confined to a wheelchair since 1921. FDR brought world leaders to the hilltop, where they would sit, rocking on the porch and discussing foreign policy and world issues. FDR hosted King George VI and Queen Elizabeth here. It was the first time reigning British monarchs had ever visited the states. The Roosevelts prompted shock from citizens by announcing they would not “put on the dog” for their regal visitors, instead serving the quintessential American meal of hot dogs. The picnic lunch was followed by dances by Native Americans.

Vanderbilt Mansion
Two miles north of the Roosevelt Home is the Vanderbilt Mansion National Historic Site, the former seasonal residence for philanthropist and socialite Frederick W. Vanderbilt, grandson of industrialist Cornelius Vanderbilt. This property is a striking specimen of the Gilded Age. Italian marble is used extensively in the mansion’s interior, which is furnished in Italian and French motifs and includes tapestries and other art treasures from around the globe. The centerpiece of the property is a magnificent beaux-arts limestone palace, the work of famed architects including McKim, Mead, and White. Until the 1930s, the Vanderbilts held lavish balls at the estate, drawing guests from America’s wealthiest families and European nobility. A staff of 60 or more was required to maintain the sizeable house and grounds year-round, despite the fact that Vanderbilt and his wife resided here at Hyde Park only in the spring and fall.

When Frederick Vanderbilt died in 1938, his wife Louise’s niece Margaret Van Alen inherited the estate. With the support of friend and neighbor Franklin D. Roosevelt, she donated the property to the federal government. It became part of the National Park Service in 1940. Since then, the 211 acres of woodlands, manicured grounds, formal gardens, and support structures have been opened to visitors. Volunteers have restored the site’s brick walled formal gardens, also called the Italian Gardens. NPS.gov/vama

All NPS sites are open daily 9am to 5pm—closed only Thanksgiving, Christmas, and New Year’s Day. There are six mansions to visit in Dutchess; four close after Christmas (the Top Cottage closes in January). The Eleanor Roosevelt National Historic Site/Val-Kill is open Thursday to Monday from November 1 to April 1, with tours at 1pm and 3pm. The Vanderbilt Mansion and FDR National Historic Site/Home, as well as the FDR Presidential Library & Museum run by the National Archives, are open every day except the three noted holidays. Holiday Open Houses at Val-Kill and the FDR Home & Library are on December 11. The Vanderbilt Mansion Open House is December 5. They run all day, 9am to 5pm, except Val-Kill, which is 4 to 7pm and is reached by taking a shuttle from the FDR Home. Consult the web sites or call the NPS for more info. 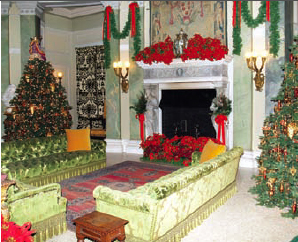 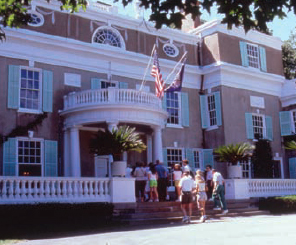 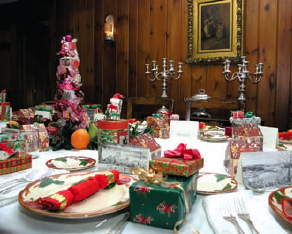 History of the D&H Canal