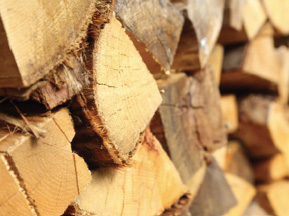 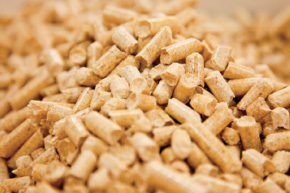 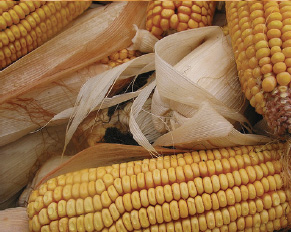 the prices for wood and wood pellets have remained relatively stable when compared to the major swings in the various petro-fuel prices.

Heating one’s home in the wintertime is an expense many of us have come to dread. Oil prices continue to hover at astronomical premiums and natural gas prices aren’t that far behind. There’s no apparent relief in sight; in fact, prices are likely to continue to soar in coming years. As the cooler nights of late summer and early fall set in, many folks throughout the Hudson Valley await the changing of the seasons—and their first oil or propane delivery—with a sense of foreboding. “Just how badly will they stick it to me this year?” we can’t help but ask ourselves.

But there are alternatives to the high prices of petroleum fuels. If you’re someone who is dreading this major expense, you might consider looking into one of these. Many homes can benefit, for example, from the installation of a wood-burning stove. In recent decades, the advent of pellet-stoves provides another alternative that can heat your home at a cost that is much more affordable than a gas or oil furnace. It’s even possible, in some cases, for a wood-burning or pellet insert to be installed in an existing fireplace. With a number of different companies in our area offering services related to this renewable energy source, there is no question that doing a little homework can frequently turn into lots of potential savings.

One of the better alternatives to oil and natural gas is the pellet stove. These stoves burn highly compressed wood pellets—also known as “biomass”—and they do so very efficiently. They also require a lot less attention than you might think, as most are equipped with a “hopper” in which the pellets are stored. The stove, as needed, will draw on this reserve, with the regulation of this process controlled by a thermostat. These stoves burn their fuel in a highly efficient manner; if properly installed and maintained, they produce little in the way of creosote, that black tarry substance that builds up inside of the flue and can lead to chimney fires. They are also surprisingly affordable to install, often paying for themselves in just a few short years.

Two local companies that perform installations of pellet stoves are Fireside Warmth in Kingston and Cracker Mill Hearth & Emporium in Shokan. John Mountford, who handles sales for Fireside says that the first step is to decide if you truly want to go with a renewable fuel. “We sell everything, including fossil fuel-based systems,” Mountford says.

Interestingly, Mountford says that the majority of people still appear to prefer the simplicity of an oil or gas system because of the convenience.

“If you live in the city, and you have a weekend place up here, then you want to come up and relax,” Mountford says. He adds, however, that local residents, more and more frequently, are choosing to go with a pellet or wood stove.

Cracker Mill Hearth & Emporium also specializes in wood and wood-pellet stoves (among others). Company principal Lauri Kennedy says that the most cost-effective home heating solution is always going to be wood (as opposed to wood pellets).

“If someone comes into the store and says that they’re looking for the least expensive way to heat their home, and that they don’t care how much work is involved, then wood is the best bet,” Kennedy says.

Regular wood stoves require more attention, according to Kennedy, as they have to be refueled and stoked on a regular basis, something that would be impractical if you work long hours. Pellets, on the other hand, can be fed into the stove automatically.

“In my home, for example, with my husband and myself, it got to the point where we couldn’t get home by six o’clock to keep the wood-fire going 24 hours a day seven days a week,” Kennedy says. “So, because of our schedule, we changed to pellet.”

Changing over to a wood or pellet-based system is surprisingly affordable, according to Mountford and Kennedy. While there is an initial outlay that might seem a bit steep, these systems will start saving you money almost immediately.

For a typical one-story ranch house, Mountford says that a customer can expect an installation to cost $5,000 to $5,500. This is when you factor in the purchase price of the stove, the installation of the chimney, floor protection, and labor costs. But it can pay for itself very quickly, he adds.

“We’ve been telling people that it can pay for itself in as little as two years,” Mountford says, adding that this timeframe applies only if you are rigorous when it comes to making sure that the stove is properly fueled at all times. This is when the biggest savings kick in, according to Mountford, noting that his own wood system has saved him as much as 75 percent on his oil bill, cutting a $4,000 annual expense down to around $1,000. In the vast majority of cases, the installation will definitely pay for itself in five years.

“I went from filling the [oil] tanks every three weeks, to twice a year,” Mountford says.

And Kennedy says that she saves approximately 60 percent on her heating oil costs with her pellet stove.

Another alternative applies to those who already have an existing fireplace. Known as a fireplace insert, this type of upgrade takes advantage of the existing fireplace and flue, and installation is less expensive, sometimes less than half the expense of a complete system. And, because of the reflective qualities of the insert, converting will likely increase your home energy efficiency by reducing the amount of heat that escapes up your chimney.

The prices for wood and wood pellets have also remained relatively stable when compared to the major swings in the various petro-fuel prices witnessed over the past few years. Jim Reuss, Jr., of J.R. Logging says that the price for a cord of wood hasn’t really changed that much in the past five years.

“A cord of wood, which is four-by-four-by-eight, 128 cubic feet, is going for about $180 right now,” Reuss says, noting that the cost of diesel fuel does sometimes have an impact on short-term prices. Still, wood has its advantages. Reuss believes that many people these days are choosing wood because it’s a renewable resource. “We can always plant more trees,” he says. “And there’s a lot of deadfall out there that goes to waste.”

Reuss says that, depending upon usage and efficiency—and whether you use your fireplace for heating or purely for aesthetics—you can expect to burn from three to eight cords or more per winter.

As for pellets, the prices can be as low as $235 per ton. Again, there are a number of factors to consider when it comes to how much you might consume each winter, including such things as how well your house is insulated. However, in either case, it doesn’t take a math genius to see the potential savings.

According to Mountford, obtaining the proper installation permits is also relatively hassle free, as building inspectors typically deal with these types of permits on a regular basis.

“There’s no [town] planning board involvement,” Mountford says. “You need a building permit that deals with New York state fire codes, and this is all done through your local building inspector’s office.”

The building inspector usually wants to know the model of stove and to see a copy of the manual to use as a reference point during the inspection.

Mountford also notes that people sometimes confuse pellet stoves with the more cumbersome—and less clean—outdoor wood boilers that have been causing headaches in some communities. In fact, Mountford notes, most municipalities in our area have been imposing either outright bans on these boilers or such stringent regulations that it becomes virtually impossible to install one given the requirements for setbacks and chimney heights.

But even the outdoor boilers are changing with the times, according to Kennedy. In recent years the technology has advanced to the point that the newest generation of outdoor wood boilers produce emissions that are virtually unnoticeable—and therefore won’t smoke-out your neighbors downwind, often the major sticking point in communities with smaller lot sizes.

Yet another alternative heating system in our area is a corn-based system used to heat the greenhouses and other buildings at Saunderskill Farms on Route 209 in Accord. Dan Schoonmaker says that they actually grow the fuel they burn, which means that the farm benefits from the idea of “vertical integration,” in that they are producing their own raw materials in this case.

“It’s a non-perishable product that you can harvest with a machine,” Schoonmaker says. “And then you can store it for at least a couple of years.”

Other important technological advances in renewable energy continue to occur. The cost of solar energy panels, for example, have dropped, and prices are expected to drop further in the coming years as more and more people convert and the economies of scale associated with mass production begin to kick in. So, if you were put off in the past by the costs associated with installing a solar system, you might reconsider this option. Using Hurley-based Viridian Energy is an easy way to save money and go green at the same time. They help you to choose energy from a third-party supplier who offers energy from renewable sources.

Unique and innovative heating systems will no doubt continue to develop in the coming years. The newest wood or pellet-based systems employ technology that makes their emissions benign when compared to the level of carbons and other pollutants released from the extraction, processing, and burning of fossil fuels. And now that more people are converting to renewables, prices should become even more competitive in the coming years. But if you’re thinking of making the switch, don’t wait so long that you and your bank account get stuck in the cold.

THE LURE OF THE HUDSON VALLEY

THE COLOR OF MOODS