History of the D&H Canal

The Legendary D&H Canal Transports Visitors to an Historic Sojourn

Although the D&H Canal was originally built for the purpose of transporting anthracite coal from Pennsylvania to the Hudson River on a 108-mile canal, the original purpose has gone the way of the old horse and buggy.

The buggy was used for transport, much like the canal, and their charm has lived on with historical and aesthetical appeal for both residents and tourists. Just as people still love those Central Park horse and buggy rides or hire them to add beauty and nostalgia for weddings, the D&H Canal now provides the same after more than a century with a museum, hike, and many other people-pleasing amenities throughout this National Historic area. 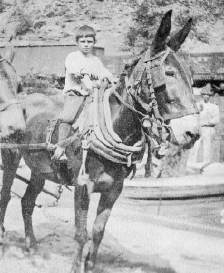 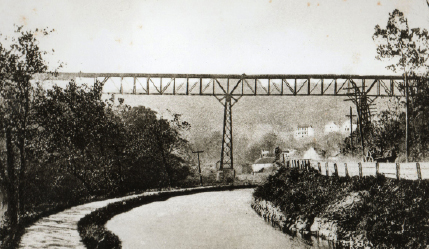 Let’s learn a bit of history about the D&H Canal by transporting back in time to its origin. William Wurts was the first explorer of the Pennsylvania Coal Region, once known as anthracite (coal) fields. Believing this would be a valuable source of energy he convinced his brothers Charles and Maurice to buy large parcels of land for little money in 1812. Extracting tons of coal was great, but most was lost on treacherous waterways (the main method of transportation) while transporting it back to Philadelphia. Realizing the areas they mined were perfectly located to deliver coal to New York City and inspired by the recently opened and successful Erie Canal, they acknowledged that owning a personal canal would be economical and profitable. And thus, the Wurts’ Delaware and Hudson Canal Company became America’s first long-distance transportation route chartered by the states of Pennsylvania and New York in 1823. The 108-mile route traversed out of Pennsylvania into New York through a narrow valley between the Shawangunk Ridge and the Catskill Mountains—on to the Hudson River near Kingston by following the Old Mine Road (Route 209).

The Wurts’ company hired Erie Canal engineer Benjamin Wright to survey and plan a route that was originally estimated to cost $1.2 million but actually cost $1.6 million in 1825 dollars. The ground breaking commenced in July of 1825 with 2,500 laborers finishing the project in just three years—with canal navigation opening in October of 1828.

The D&H Canal began at the Rondout Creek, in the area known as Creeklocks and now Eddyville, located between Kingston and Rosendale. Following the Rondout to Ellenville, it continued through the valleys of Sandburg Creek, Homowak Kill, Basher Kill, and the Neversink River and on to Port Jervis on the Delaware River. It followed a northwest direction on the New York side of the Delaware, crossing into Pennsylvania along the northern bank of the Lackawaxen River to Honesdale located 32 miles northeast of Scranton.

Barges carrying coal and lumber were pulled by mules along contiguous towpaths. At first, children were often hired to lead the mules, but in later years adult men were employed. Their job was to walk 15 to 20 miles a day, pump out the barges, and tend to the animals—all for $3 a month.

The canal’s construction involved major feats of early civil engineering and led to the development of new technologies—in fact John Roebling, who later built the Brooklyn Bridge using cement discovered in Rosendale while digging the canal, designed and built aqueducts over the rivers to cut a few days from canal travel.

Getting the coal from the Wurts’ mine to the canal at Honesdale required the canal company to build the Delaware and Hudson Gravity Railroad. In 1898, the D&H Railroad joined the rest of the country in recognizing coal could be transported to its destination across New Jersey instead of via Kingston. And canals were relegated to the status of quaint relics of the pre-industrial past.

After the end of the 1898 season, the D&H Company opened all the small overflow dams called waste weirs and drained the canal. Catskill rail magnate Samuel Coykendall purchased the canal and used the northernmost section, from Rondout to Kingston, to transport Rosendale cement and other materials to the Hudson—he abandoned that business in 1904.

The once-active canal was repurposed into a new and exciting historic venture as many areas still possess remnants of the canal and associated structures. With the Delaware & Hudson Canal Historical Society forming in 1967 and the 1975 purchase of a Gothic Revival chapel built in 1885, the Delaware and Hudson Canal Museum, located in the High Falls Historic District, offers residents and tourists a cultural trip to the past, as well as affording hundreds of area students an extensive education program each season. With approximately 4,000 artifacts including maps, photographs, documents, models, and prints, the museum also maintains and operates a walking trail called the Five Locks Walk, which provides access to Locks 16 through 20 of the former canal as a bonus tour.

Other areas where canal locks and structural remnants still remain are located in Ellenville and the Town of Wawarsing where Towpath Road follows the old route from Rt 209, south of the village, to Canal Street, where a wet section of the canal bed still exists just north of Berme Road opposite the village’s firehouse.

In Creeklocks, now known as Eddyville, the northernmost lock still exists, as does the final section before the canal flowed into the Rondout. In Kingston, the former port of Rondout at the north end of the barge passageway is now recognized as the Rondout-West Strand Historic District. The area’s historic revitalization, still used as a waterfront, affords visitors an enjoyable destination—whether traveling by boat or land. Small boutiques and restaurants are housed in historic buildings and a maritime museum, waterfront park for picnicking, and many annual events make this landmark area a popular place to visit.

The museum located at 23 Mohonk Road in High Falls is open to the public from May through October on Saturdays and Sundays from 11am to 5pm. The exhibits relate to the canal’s history and include a working model of a lock, a life-sized recreated canal boat cabin, a moving model of a gravity railroad brake car, financial documents, and dioramas of the gravity railroad and canal life. Various tools and artifacts are on display, along with original paintings by canal era artists. The D&H Canal Museum Store and Bookshop has a nostalgic 19th-century flavor, and offers canal-related maps, cards, posters, and children’s toys and games for sale. Fiction and nonfiction books about the canal era are available for both children and adults. Admission is $4 for adults and $2 for children. For more information call 845-687-9311, email info@canalmuseum.org, or visit canalmuseum.org.

After touring the museum, visitors can pick up a map of the D&H Towpath Trail and Five Locks Walk, which starts just a short distance from the museum. The hike, which takes about 20 minutes, passes canal locks 16 through 20—and along the way you’ll pass great shops, restaurants, boutiques, and more in this quaint and historic walking town. Plus on Sundays from 9am to 4pm the D&H Canal Flea Market is in full swing with great merchandise—new and old at fabulous prices! 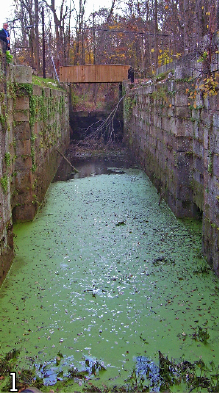 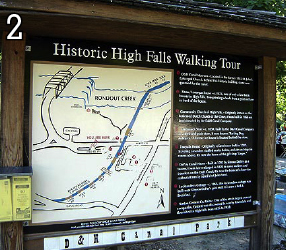 April 8, 1826 – Pennsylvania authorized the construction of the D&H Gravity Railroad.

October 1828 – The canal expands southwest to Port Jervis, NY on the Delaware River and beyond to the anthracite coal fields near Carbondale, PA.

August 8, 1829 – The D&H Canal Gravity Railroad completed. The first full size English-built locomotive in the US, the Stourbridge Lion, ran along a section of track.