How long has it been since you’ve treated yourself to dinner and a show? Danced yourself breathless? There’s just no better place to revel than the Colony Woodstock, a beloved hotspot for decades, rocking onward into the future in the hands of Neil and Lex Howard.

There’s just no better place to revel than the Colony Woodstock, a beloved hotspot for decades, rocking onward into the future in the hands of Neil and Lex Howard.

After renovating the 90-year-old building, the couple reopened the business in 2017 with the intention of keeping tradition strong in this music-loving town. “It’s always been some iteration of ‘Colony,’” says Neil. “It was the Colony Hotel, the Colony Center for the Arts, the Colony Club; before us it was the Colony Cafe. We opened as The Colony on May 11, 2017.” Woodstockers and visitors are loving the vibe. “It’s kind of old-fashioned and classic,” says Neil. “People say it’s like a different era inside the Colony and that’s what we were going for. Like having a Casablanca-like experience, only with your favorite band playing on the stage.” 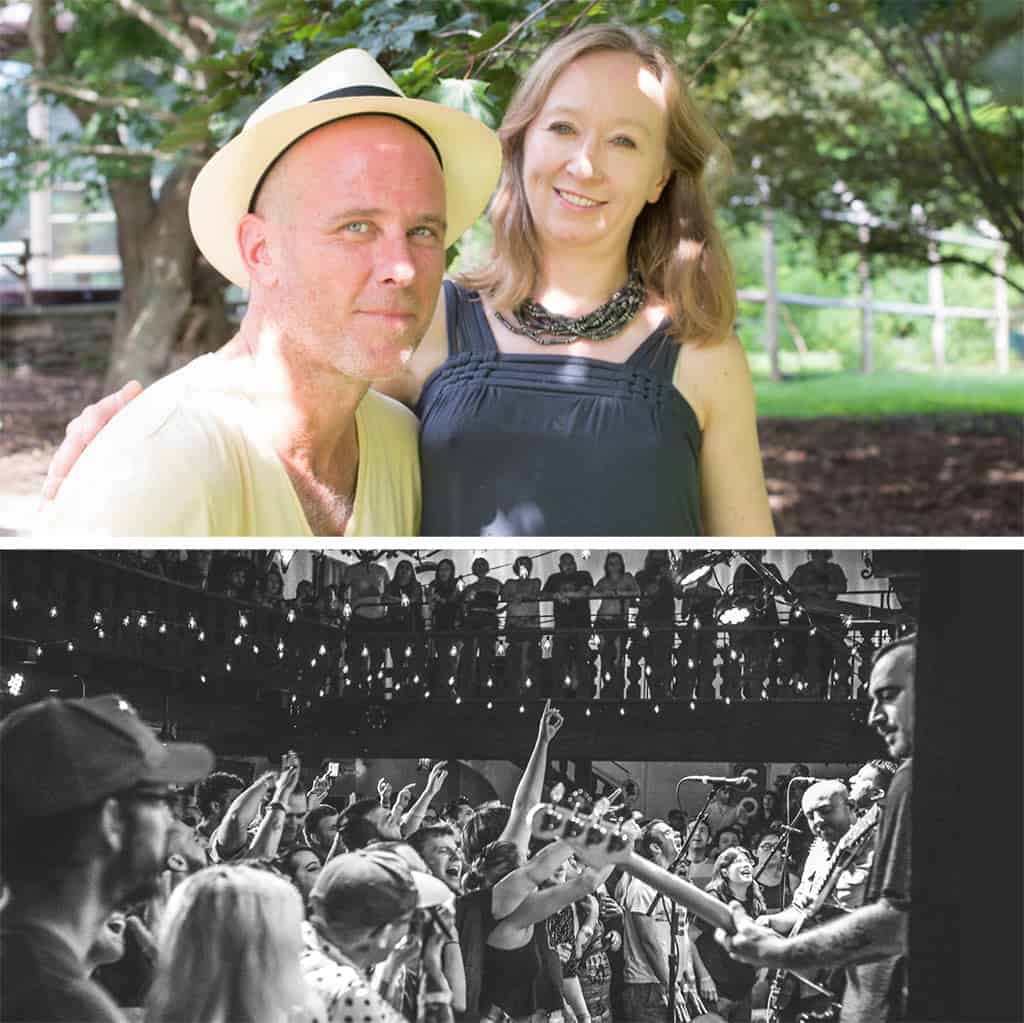 “I like to think we present a classy yet non-stuffy ambiance that people of literally all ages enjoy. It’s old-fashioned and nostalgic for older patrons, classic and timeless for the younger set.” - Neil Howard

Indeed, the Colony hit the Woodstock scene 13 years before Casablanca showed up on the big screen. “The Colony opened in 1929 as a small hotel/nightspot and had various iterations and many years of disuse through the decades after World War II,” says Neil. “It was finally brought back from the brink by the previous owner, who got it out of mothballs, worked hard to get it open again, and did the best they could for a long while.” Neil and Lex may well be the perfect team to be hosting these classic nights out. Lex is from the UK and Neil from San Francisco; the couple met in California, moved to New York City in 2005, and have been Woodstockers since ‘08. It’s their background that makes this such a natural fit.

“We both grew up doing theater, and I kept at that and also got into doing music, so we’ve both spent a lot of time in theaters and venues and clubs and such and have always felt at home and invigorated by the creative nightlife vibe,” says Neil. “Back when we were first planning our life together, we were sitting by a pond in Golden Gate Park with an envelope and little pencil writing down things we might want to try doing someday. I was a singer-songwriter playing open mics all over the Bay Area, and it seemed like every night we found ourselves in a great little bar or venue, with music happening, friendships forming -- just a great feeling. So we thought we might someday own a little music place and create that community somewhere. And here we are!” 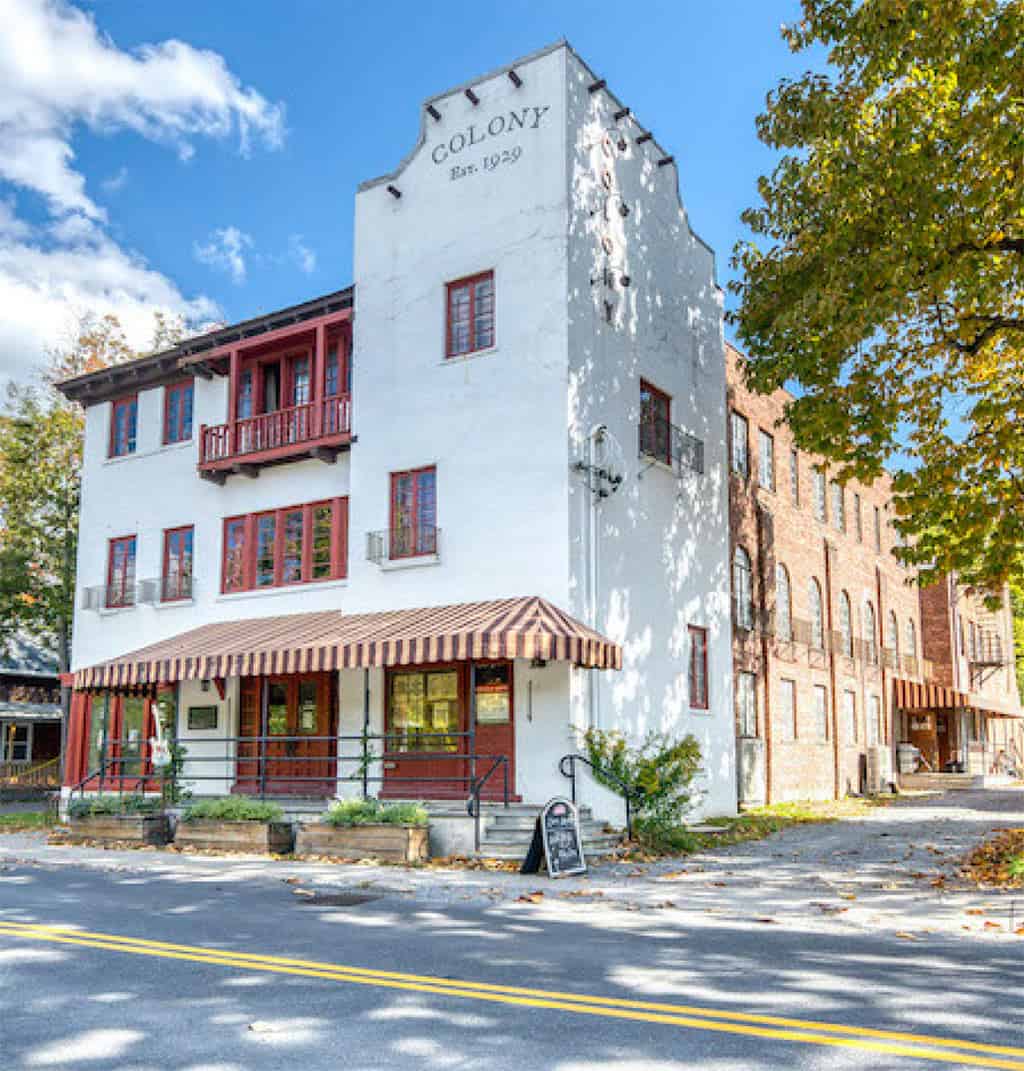 “We thought we might someday own a music place and create that community. And here we are!”- Neil Howard

Transitioning from performer to host has been a journey full of lessons. “It was a lot of figuring it out as we went along, likening the process to other creative projects like writing a song or directing a movie. I was comfortable in those types of endeavors so once I discovered the related approaches and attitudes I could adapt to starting a venue, it all became easier,” says Neil. “Not easy, but easier. I also place a great deal of trust in others, and while that can come back to burn you occasionally, in general I’ve found it’s a great thing to see when people step up and thrive under new responsibilities. For Lex, she’s just got a great head for business, and she’s very organized, really smart, and always motivated.” 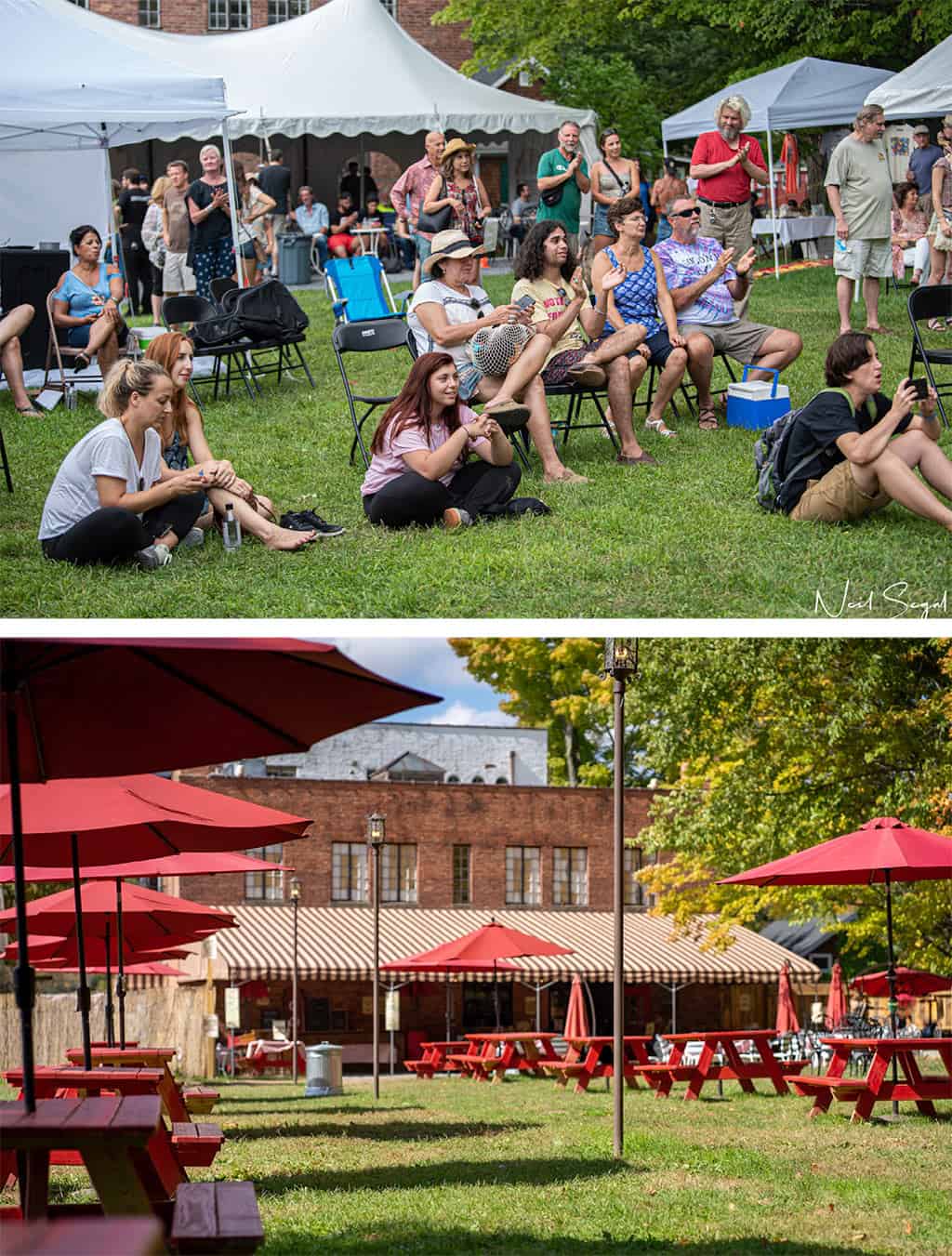 The kitchen produces a tantalizing stream of specials in the eclectic hands of Chef Neils Neilson, and the bar—with a constantly changing array of specials of its own—can handle any classic or crafty cocktail request. There’s a wide selection of draught beer, and with any luck, the delightful Beer Garden will be back up and running by the time you read this. Begun as a COVID pivot, the outdoor space proved to be a lifeline for lovers of music, beer, and good eats.

“Lex and I had envisioned a beautiful outdoor space in the open field behind the building,” says Neil, “but so much had to be done to restore and re-open the main building, we knew we had to back-burner the outdoor space to a later date.

“We consciously try to book a wide variety of entertainment that appeals to a broad spectrum of tastes.”- Neil Howard 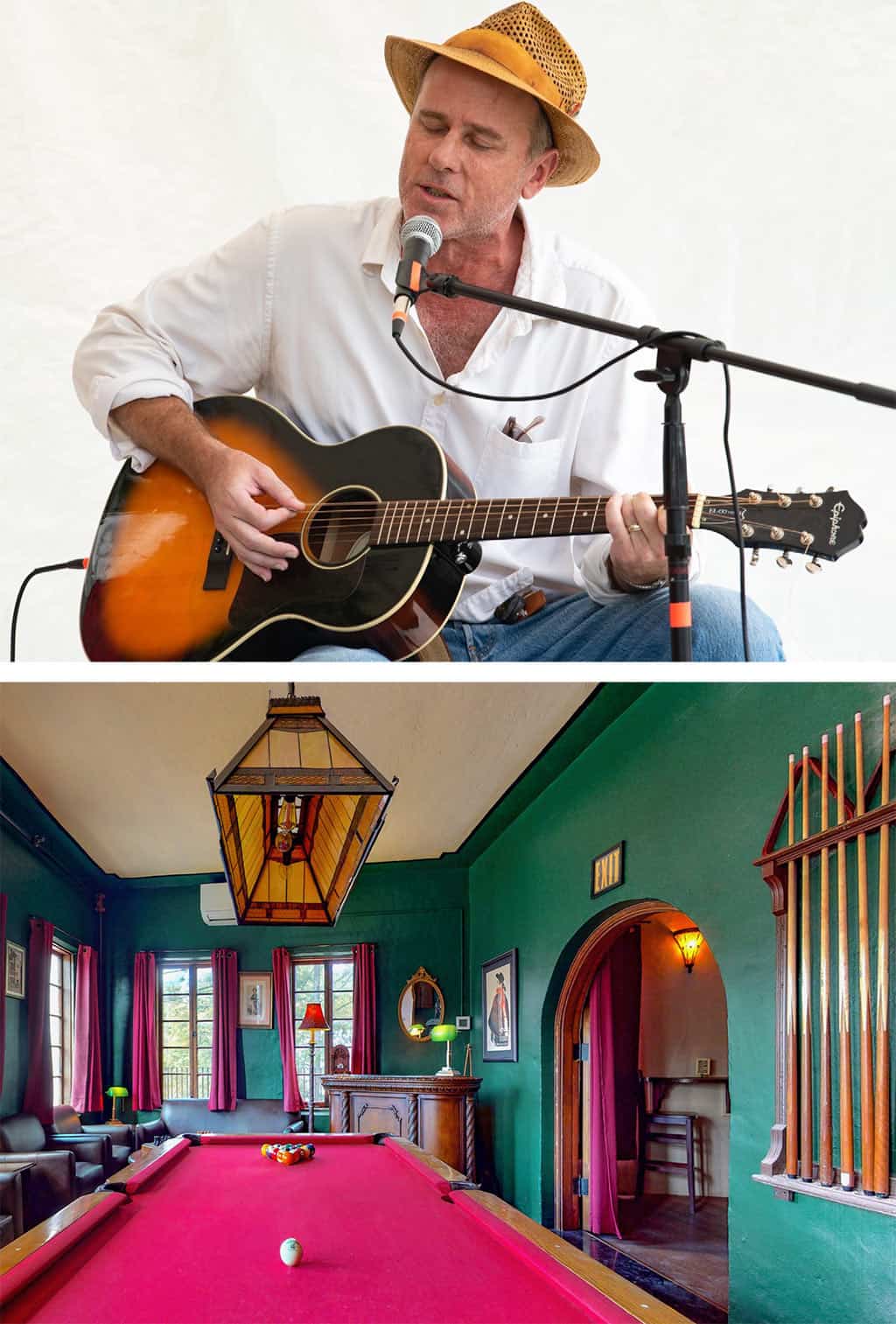 “Fast forward to late 2019, early 2020: We presented the town with our proposal for the Colony Beer Garden, and we all agreed we’d need a long series of meetings to consider the proposal in full, but we were moving ahead and optimistic…Then March 2020 came. Covid shut down everything. There was no option for indoor business and a sudden need for safe outdoor space, so the town kindly gave us immediate, if temporary permission to develop the Beer Garden space as an emergency measure. “We were very fortunate to be able to stay open in some form, give our staff some hours, and wholly focus on developing the outdoor space. We’re now going through the process of making the beer garden permanent and we just have to figure out noise -- how to offer live music outdoors without bothering neighbors. We have a plan that we think will please all and are very excited to show everyone how it all works this summer.”

[Lex and I] grew up doing theater, and I kept at that and also got into doing music, so we’ve both spent a lot of time in theaters and venues and clubs and such and have always felt at home and invigorated by the creative nightlife vibe. - Neil Howard

The indoor space, with its old-fashioned ballroom vibes, is in full tilt boogie mode with (at this writing) a COVID policy in place. And Neil and Lex are constantly perfecting the recipe that makes the magic happen. “We try to create a family-like atmosphere for the staff that helps us get through difficult moments,” Neil says. “We work through things, talk things out, try again and try to be better…For guests, I like to think we present a classy yet non-stuffy ambiance that people of literally all ages enjoy. It’s old-fashioned and nostalgic for older patrons, classic and timeless for the younger set. Plus, we consciously try to book a wide variety of entertainment that appeals to a broad spectrum of tastes, and not just the same type of stuff over and over. I hope that keeps things fresh and exciting.” 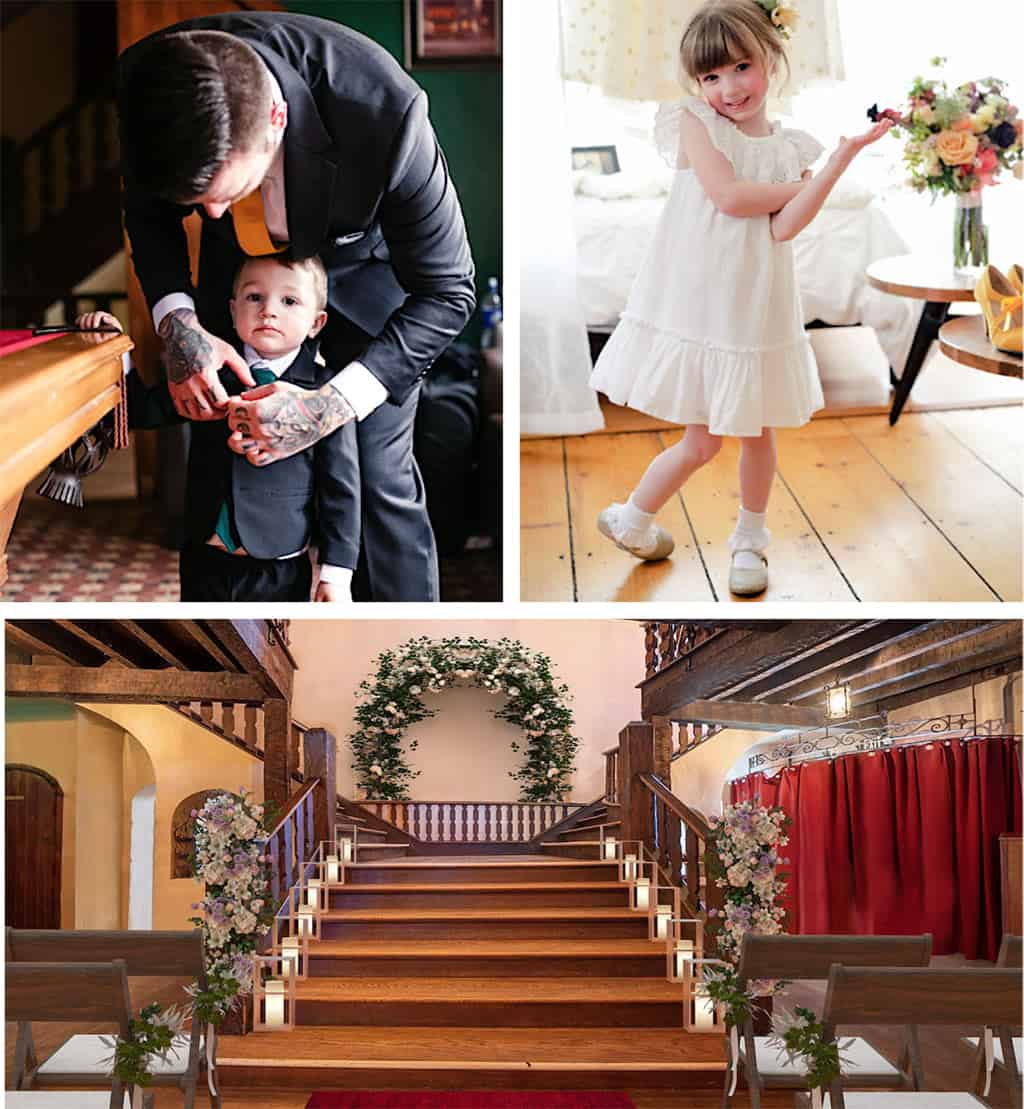 So c’mon up, treat yourselves to a fine meal, and take in the show—there’s live music every Thursday, Friday, Saturday and Sunday, with Open Mic every Monday—and be a part of the latest chapter of this Woodstock classic. They’d also love to host your wonderful wedding or other milestone gathering. “I try to make the Colony a place I would love to be, like trying to make the kind of movie I would like to watch or writing a novel I would want to read,” says Neil. “And as someone who grew up working in restaurants and bars, to make a place where that younger me would have loved to have worked…The goal is to make the Colony a beloved institution in Woodstock and the Hudson Valley, and for it to thrive for another hundred years.”