Breakfast all day; lunch followed by a banana split; gourmet foods; homemade jams, jellies, donuts, and fudge; and even a looking zoo…while this may sound like a childhood fantasy, in reality it is a dream come true for Catskill Mountain Store and Restaurant owners Drew and Natasha Shuster.

The Shusters run a family business in two locations in the Great Northern Catskill Mountains: the original combination store, restaurant, looking zoo, and garden center is located on Main Street in Windham, while the second store and restaurant can be found on Main Street in Tannersville.

“Take a Piece of the Country Home”

As a family friendly destination welcoming tourists, vacationers, hikers, weekenders, and local regulars, the Shusters say they started the business so that they could have time with their children and be a part of the community.

“We needed to do something so we could raise our family, so that’s why we started the business,” Natasha says. “I like the freedom that it gives us to be with our kids. I love that freedom,” she adds.

“We decided that if we were going to have kids, we needed to be in some sort of business that will allow us to do that,” says Drew.

Natasha’s background includes the Culinary Institute of America and retail experience from an early age in Pennsylvania. As a member of the Women’s Professional Ski Racing Tour from 1984 to 1988, she was drawn to the Catskill Mountains and has been longtime friends with the Slutzky family, founders of the Hunter Mountain ski resort.

“I met Natasha at Hunter Mountain in 1989,” says Drew. “I was at that time looking to open up my own business and relocate,” says Drew, originally from Rockland County. 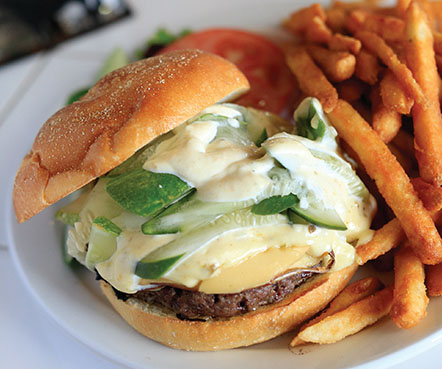 “When you are an entrepreneur and you look around your business and it’s successful, you can have a dream out there and make it come true,” says Drew.

“People love the animals—not just kids, adults, too—especially people coming out of suburbia. Our animals are really loving and affectionate. It’s just a lot of fun.”

Drew and Natasha opened The Country Mountain Store in Windham in 1994, and subsequently purchased the Windham Garden Center in 1995, adding their own garden center, walking paths, and looking zoo. In 2000, they added a restaurant to the business. “People love the animals—not just kids, adults, too—especially people coming out of suburbia. Our animals are really loving and affectionate. It’s just a lot of fun,” says Drew.

Chickens, ducks, peacocks, pigs, miniature horses, and fainting goats are among the farm rescue sanctuary in the looking zoo at

the Windham location. “We just got two goats (named) Barnes and Noble,” says Natasha. “The animals are happy and healthy. They eat all the scraps that people don’t eat so nothing goes to waste. We’re very green,” she adds.

While the menu offers breakfast and lunch, Natasha says that offering breakfast all day on the menu is a draw for customers. “It worked out for us. That’s what’s grown our business, plus our

private-label gourmet food and our pies—they have grown significantly,” she says. The Shusters run a second store/restaurant in Tannersville. “Three years ago they [The Hunter Foundation] made us an offer we couldn’t refuse,” says Drew. “They did a tremendous amount of work renovating the building and made us an offer we couldn’t turn down. The Hunter Foundation’s goal is to take dilapidated buildings, renovate them, and find people to open the business so the town stays rejuvenated. They’ve done a very good job with that,” he adds.

“In rural America, in the towns that are doing ok or becoming rejuvenated, there usually is a foundation behind it like the Hunter Foundation and the Windham Foundation.

The apple cider donuts and fruit pies have been listed among Hudson Valley Magazine’s Best in the Region.

Without these wonderful people who have a love for the area, I think it would be hard-pressed for these areas to do as well as they are,” says Natasha.

The Shuster children—Sydney, Gus, and Tori—all know the business well. “They all wash dishes, work in the greenhouse and garden center, [and] work on the property,” Natasha says.

Some of the ideas to grow the business have come from the Shuster children, including Sydney’s Fabulous Fudge, as well as apple cider donuts and fruit pies that have been listed among Hudson Valley Magazine’s Best in the Region.

Drew says their oldest daughter, Sydney, now 19 years old and in college, had the entrepreneurial spirit at a young age. 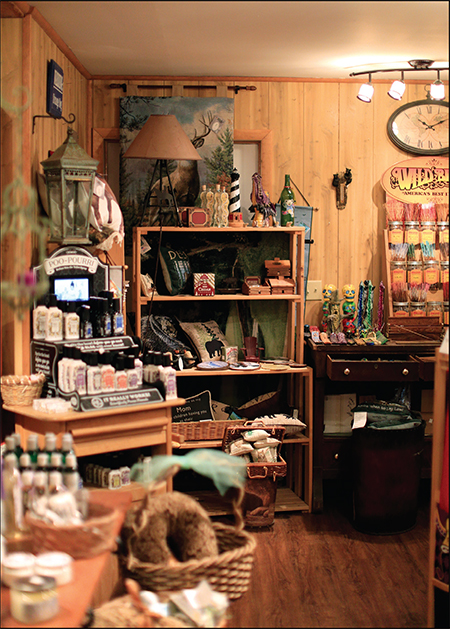 The menu offers all the traditional breakfast and lunch items you can imagine, all freshly made, and many of them featuring locally sourced ingredients.

“When she was 11 years old, she wanted to get into the fudge business. She told us she wanted to sell some fudge in the store, so we told her she had to come up with a business plan and some recipes and then we could make an area of the store to sell fudge,” says Drew. “So over the next six months that’s exactly what she did, and Sydney’s Fabulous Fudge was born. It’s a big part of our business now,” he adds.

Gus, now 18 years old, turned his hankering for donuts into a draw for customers at age seven. “When he was seven,” says Natasha, “he kept saying, ‘Windham doesn’t sell any donuts’ and he wanted to make donuts, so we wound up buying a new donut machine. He put part of his money into it and he worked and started our donut business at seven years old.” One of the challenges to keeping the business alive and growing has been the overall decrease in the population on the mountain. “We only have about 1700 full-time Windham-Hunter residents and when we first opened up we had

about 3200 full-time residents, so it’s a challenge to deal with that,” Natasha says. “If you really look at rural America, it’s shrinking. Our biggest positive is how we’ve brought our family up in the business, how much we’ve taught our children, and what they’ve learned from being in rural America and being in business,” she says.

Looking back on some 23 years in the business, Drew says, “It’s all been worth it. With any successful small business you have to love what you’re doing and realize that you’re not going to get rich from it but hopefully you’re going to have a good life from it. We’ve made a tremendous amount of friends in this area and many of our customers have turned into friends,” he adds. “After Hurricane Irene, we literally had 95-percent of our business washed away. The next day, after the flooding had stopped, we had 50 people

show up to help us; the next day—100 people. A month later we still had 50 people coming in to help us. Our kids would come in at eight [in the morning], work until two or three [p.m.], help us rebuild the store, then say to us, ‘Can we go into town and help some other people?’ Their friends were doing the exact same thing. It was an experience you could never teach, something so valuable to our children and our community,” Drew says.

To experience this slice of rural America and all of its deliciousness, take a scenic drive through the beautiful mountains and treat yourself to a hearty breakfast or lunch at The Catskill Mountain Country Store and Restaurant.

The menu offers all the traditional breakfast and lunch items you can imagine, all freshly made, and many of them featuring locally sourced ingredients and using only organic eggs. At the Tannersville location, you can have a seat at the new ice cream bar to cool down with a soda or shake on a warm summer day. Then browse the store and take a piece of the country home with you—homemade foods, pies, and unique gifts await you.

You can also visit The Catskill Mountain Country Store and Restaurant any time through their website and online store. For updates and photos, be sure to connect with them through Facebook and Instagram, as well. 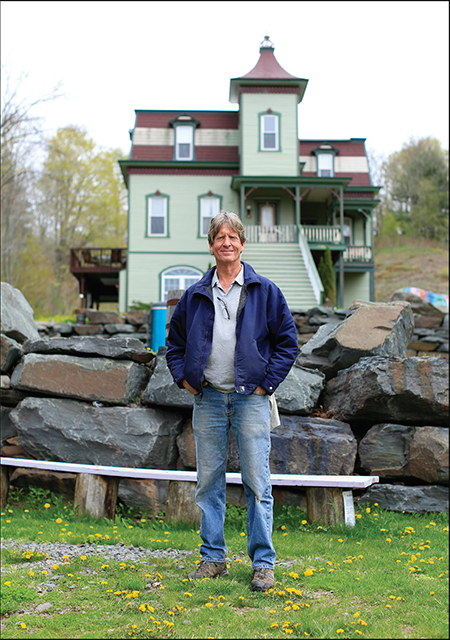