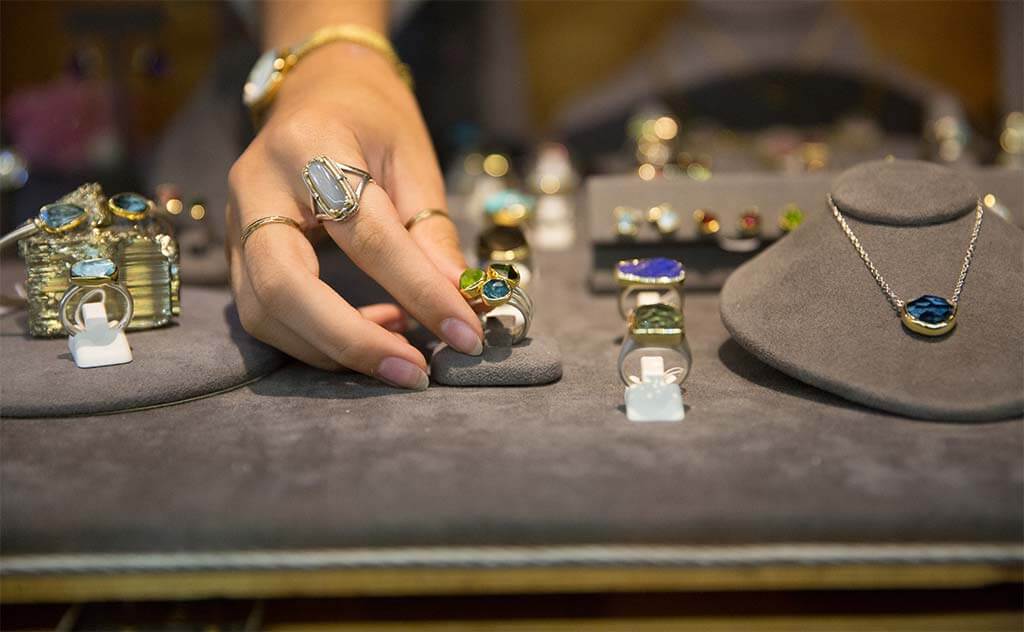 Looking for a truly sparkling gift? Find your way to Hummingbird Jewelers in Rhinebeck, where you’ll find works from over 75 designers from all over the world along with bespoke custom pieces, antique jewelry repair, and a full line of services from a master goldsmith, a gemologist, and a watchmaker. Too busy to shop, but have an idea of what you wish you could find? Send Hummingbird an email and they’ll help you find the perfect piece remotely.

So how did the Hudson Valley end up with the jewelry store we so clearly need and deserve? The story starts in the early 1970s, when a young Bruce Lubman realized he didn’t want to be a lawyer. It wasn’t that he’d found law school uninspiring in itself. “I was part of the first-ever class of environmental lawyers at GW Law,” says Lubman. “There were twelve of us, and we had a brilliant, inspired professor who assigned each of us a chapter of the textbook to write, because at the time, there was no book.”

You’ll find works from over 75 designers from all over the world along with bespoke custom pieces, antique jewelry repair, and a full line of services from a master goldsmith, a gemologist, and a watchmaker.

It turned out the kind of job he wanted didn’t exist yet, either. There were corporations looking to get around laws that were yet unwritten and there was the Conservation Foundation, “funded by the Ford Foundation and run by conservative suits, so anything controversial ended up buried in the deepest corner of the file cabinet.” Knowing that it wasn’t the life he was after, and not wanting to live in his native New Jersey, Lubman hit the road and found himself in Tucson, AZ, learning to make silver jewelry and loving it.

Eventually, he loaded some samples into his VW to take back East, but the VW “broke down every 500 miles, and each time I had to sell jewelry to fix it, so I ended up back at my dad’s with no jewelry left.”

The silver lining there was Peggy. They’d first dated when she was a high school sophomore and he a college freshman; the spark rekindled. “And we both would have done just about anything to get out of Jersey,” says Lubman. “So her cousin had built a little shack in Woodstock and needed someone to live there while he went on an 800-mile canoe trip—they couldn’t rent the place because it didn’t have indoor plumbing—and we said yes immediately.” 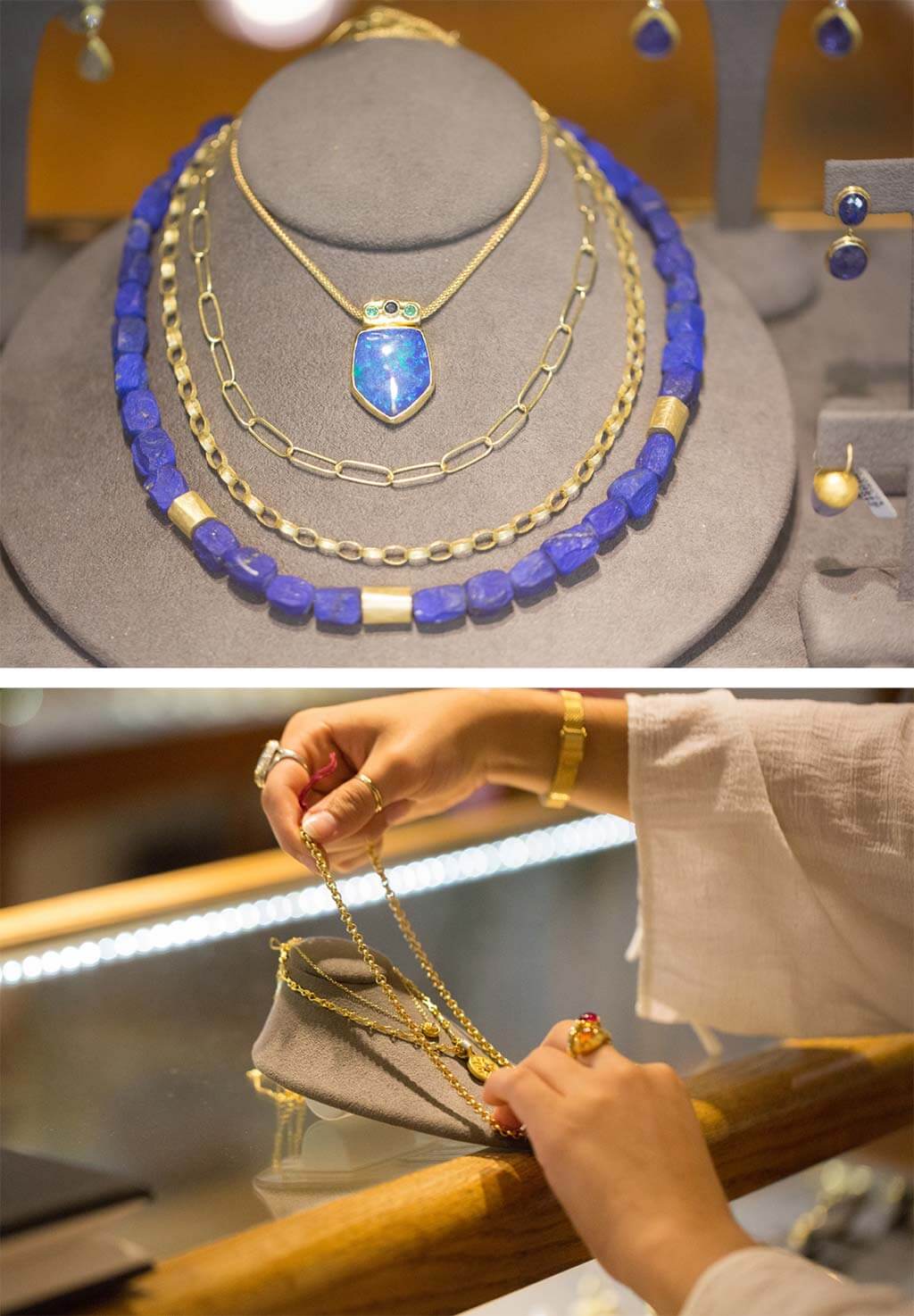 “We have beautiful things from Germany, Italy, Greece, Brazil, Turkey—it’s much more diverse but the quality is still the same, and we’ve kept the focus on designer- made pieces and custom work.” – Bruce Lubman.

The cousin’s wife turned out to have a fascinating grandfather, Canadian abstract painter and jewelry-maker Rolph Scarlett, and the Lubmans were soon spending every spare minute at his studio in Shady. The artist had taken refuge there when bursitis made large canvases impossible. “So he started using the skills he’d learned in jewelry-making as a boy and making his non-objective pieces in metal, extraordinarily beautiful, geometric, very sculptural pieces,” Lubman says. “We sat with him almost every day for about a year and a half; he taught us how to draw, about balance and harmony.”

Hummingbird was originally hatched in 1978, with master metalsmith Bruce Anderson taking over as jeweler while Bruce Lubman studied gemology and appraising.

The Lubmans were planning to head to Costa Rica next, but a friend’s dad had a friend, a New York City art dealer, who was looking for a caretaker couple at his Rhinebeck place, a horse farm built by one of Dutchess County’s original Nine Partners Quaker settlers. This spot had indoor plumbing, and the young couple began making and offering their custom wares at Earthworks, Rhinebeck’s first craft gallery. They had a captive audience, Lubman recalls; there was a health retreat, the Pawling Health Manor, occupying what is now the Belvedere Mansion B&B a few hundred yards from their studio, and “all these women would come up from Long Island and New Jersey to fast, then walk down to our place to grab a cup of coffee and a cigarette.” 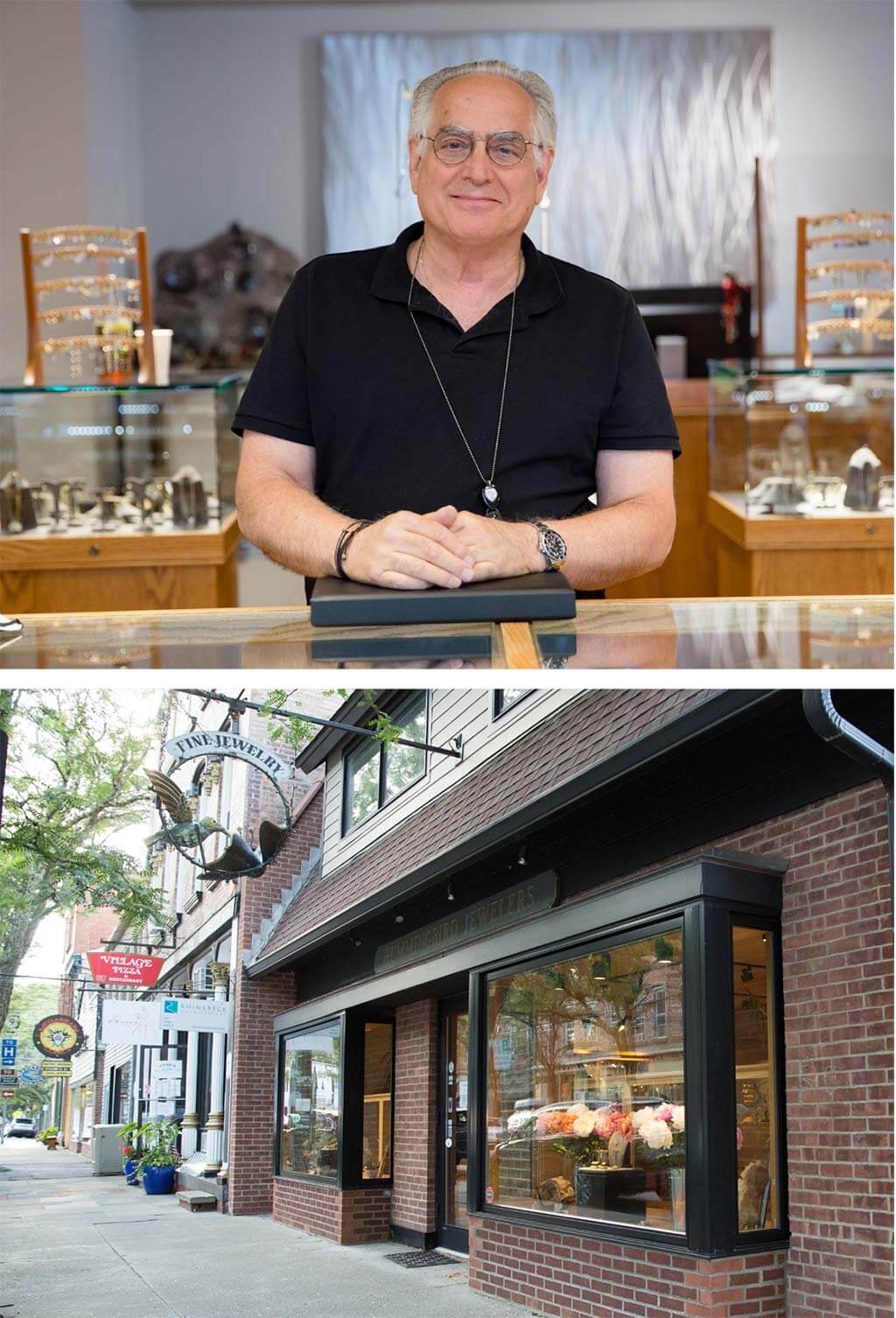 When the couple learned they were expecting their oldest, Lubman’s dad tried to woo him back to New Jersey with the offer of an “Adult Job” at his pharmaceutical company. They actually considered it, but fate intervened just in time. “I was about to start the job when a woman we’d known at the farm called and told us there was a storefront open, which hadn’t happened in the village for 25 years. ‘Besides,’ she said, ‘I just bought three display cases for you at an auction. So you have to come back.’”

The Lubmans had grown to love the town, which even back in the ’70s hosted a top-flight craft fair but had little in the way of galleries. Thus was Hummingbird originally hatched in 1978, with master metalsmith Bruce Anderson taking over as jeweler while Lubman studied gemology and appraising. The name was inspired by a Henry Miller novelette, “Stand Still Like the Hummingbird,” combined with the fact that Webster’s defines the word “a tiny, jewel-like bird.” The store did indeed flit about a bit to various locations before finding its current home, and the Lubmans expanded their horizons, sourcing fresh treasures from around the globe. “We have beautiful things from Germany, Italy, Greece, Brazil, Turkey—it’s much more diverse but the quality is still the same, and we’ve kept the focus on designer-made pieces and custom work,” says Lubman.

He loves repurposing antique pieces “so that they can actually be worn and enjoyed. And often we can craft something new and the leftover parts will cover the cost of making the new item, which is a real win/win.” He loves the customers, some of whom have been coming to him for nearly 40 years, and the loveliness of Rhinebeck, then and now. Daughter Jamie joined the business back in 2011, after some adventures in the downstate fashion world; she’s now manager. 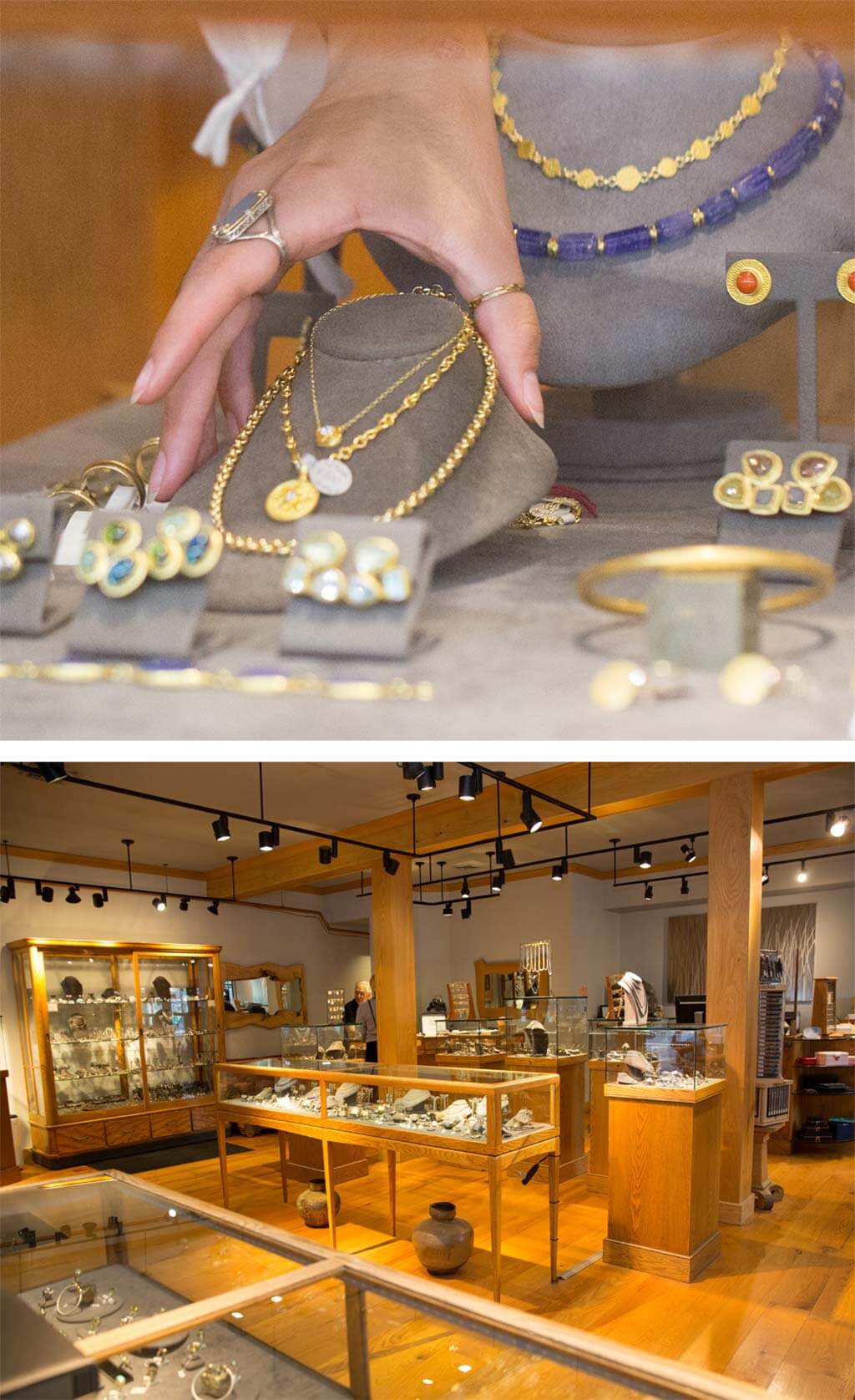 “We have more competition than ever, but we’re busier than ever—we could use a brilliant new helper in here on the sales floor,” Lubman says. “Rhinebeck was like Spring Break in Fort Lauderdale for grownups during the pandemic, with all the restaurants coming outdoors and live music on every corner, and a lot of the people have stayed, so traffic’s great. Who knows what the future holds? But it’s surely been an interesting ride.”

Your car, Our driver