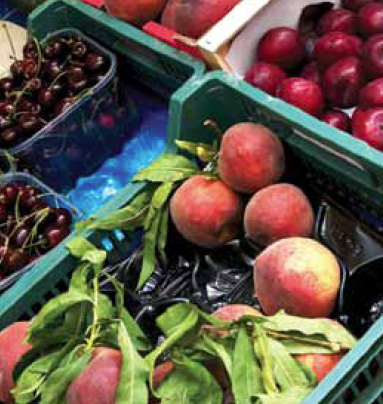 What’s NOT growing is more apropos—as the warmth of summer brings an alphabetical bounty brimming with succulent, fresh, and juicy fruits and vegetables emerging from fertile soils and trees so plentiful in our environs. These delicious edibles and more are available at the many farm stands and farmer’s markets in the Valley.

Our fruit stand is overflowing with luscious peaches, nectarines, tomatoes and veggies and plants of every kind. Buy your annuals, perennials, herb plants, veggie plants, flowering shrubs & lots more at the source for nice low prices. We also make cider doughnuts, fruit pies and fruit breads in the bakery.

Drive your car into our orchards and enjoy a picnic lunch under the trees.

Wright’s Farm is doggy friendly too! 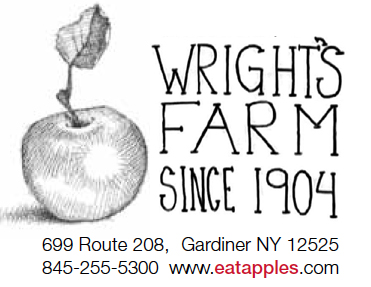