The Underrated Ingredient of Summer 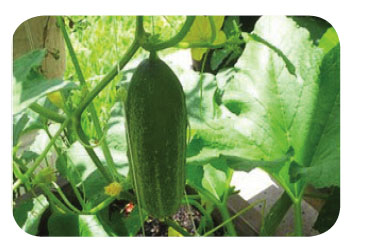 CUCUMBERS are botanically similar to watermelons, both of which are in the gourd family of fruits. They have a high water content, which makes them especially refreshing to eat during the dog days of summer. Here in the Hudson Valley we always get a stretch of the three H’s: hazy, hot, and humid. The Valley traps the heat, and the air is thick and sticky.

Cucumbers are usually eaten fresh during the season and then pickled to enjoy for the rest of the year. There are varieties of cucumbers grown for pickling alone, including squat kirbies, gherkins, and cornichons. All kinds of cucumbers are grown in the Valley, including your typical classic garden cucumber, long English cucumbers with few seeds, and some smaller Mediterranean and Persian varieties. I grow cucumbers myself, my favorite being the round lemon cucumber, which is sweet and flavorful and doesn’t contain much of the chemical that can make other cucumbers bitter and hard to digest.

Cucumbers are high in potassium, silica (a vital mineral) and vitamin A, which is found mostly in the skin. The silica in cucumbers is an essential component of healthy connective tissue. Supermarket cucumbers have often been waxed which means they must be peeled before eating. That is our nutritional loss. Buying cucumbers in season from your local farmers’ market means you get more flavor and nutrition, as they do not require peeling. The watery flesh of a cucumber contains vitamin C and caffeic acid, both of which help soothe skin irritations and reduce swelling. That may explain why cucumber slices are considered a good beauty treatment for swollen eyes. Cucumbers’ high water content makes it naturally hydrating. Anyone who has crunched on a cold sliced cucumber during a hot summer afternoon can attest to that.

Here’s one of our recipes for you to try at home. At Gigi we use Mr. Mink’s local tomatoes and Migliorelli Farm cucumbers to prepare this salad. It is refreshing during the heat of the season and makes appearances at Gigi Trattoria, Gigi Market and at our catered events. Serve it with grilled or roasted fish and shellfish (such as shrimp, snapper or tuna) as well as grilled Northwind Farm baby chickens.

Combine all the ingredients except the croutons in a large bowl. Mix well. Cover and let sit at room temperature for 1 hour. Just before serving, stir in the croutons, bread or grissini into the tomato-cucumber mixture.

What To Make With Your Apples