The Romance of Relocation Pt II

Local Residents Explain Why their Hearts Belong to the Valley

Given the sheer variety of offerings here in the Mid-Hudson Valley, it only figures that everyone who moves here seems to have heeded their own siren cry.

Some came for the mighty Shawangunks or the Hudson River, others for college or a relationship, still others utterly by chance. And they all stayed, making the transition from tentative newcomers to contented long-timers.

When asked by VISITvortex magazine why they fell in love with this part of the Valley, the people included here offered answers that differed greatly—but all were equally sincere. In affairs of the heart, as a wise man once said, there are no rules. When a corner of the world grabs onto your heart, there’s no letting go. These folks, still smitten with Dutchess and Ulster counties, are living proof. 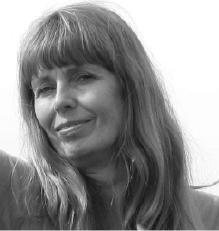 Patti Gibbons was a reluctant transplant, her domineering father “dragging us here” in 1969 to live, after several summer vacations here. The relocation was far from easy; Gibbons was a rebellious “Long Island Catholic school girl” thrown into everyday life in Shandaken, where “I did not have one friend!” Assimilation was a necessity. “I had to learn how to fight, shoot a gun, participate in a turkey shoot,” and she received her best life lessons not in class but at the local bars and discos. At age 18, Gibbons broke from her family and moved to southern Ulster County where, she learned, “the bars got better, as did the dancing, parties, and the choice of boys.” Despite an inauspicious start, Gibbons decided to stay in the area; the Kingston-based artist teaches art at Port Ewen BOCES, while husband Larry Lewis is an administrator at The Center for Photography at Woodstock. 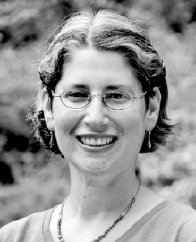 Not all relocation stories begin on a sweet note. For Lori Gross, a student at Rutgers University, she was lured here by a summer internship at a veterinarian’s office. Within a few weeks, she had had not one but two lifechanging revelations: one, “I was so not going to be a vet,” and, two, she had unexpectedly found a new home. Gross now lives in High Falls with her husband and daughter. She teaches at High Meadow School and is a massage therapist at Mohonk Mountain House.

Many folks are transplants from New York City who found happiness up the river. Some came from the opposite direction. Jan Marotta moved downstate 35 years ago, from Oneida County. She’d first come to the area to visit her sister, who had attended SUNY New Paltz. “When my job ended upstate I decided to relocate for a better economy and selected New Paltz in Ulster County because I felt comfortable. There were many things to do in the area and work was available. I felt it was a diverse and eclectic community and I found it interesting and welcoming.” After a brief stay in a mobile home in Modena, she has lived in the same New Paltz home for three decades.

David and Donna Viertel arrived as students at The Culinary Institute of America in Hyde Park. There they met and fell in love. After detours to live in California and Massachusetts, they returned to this area to open a restaurant in High Falls called The Clove Café. “After five years running the restaurant, the people we had met and the education systems for our children were of such high quality, we knew this was the place to settle down permanently,” David said. “We have been here 12 years and don’t plan on leaving any time soon!” 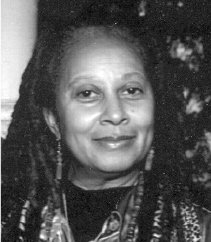 This area offers a beacon to artists, drawing them with reasonable rents, sheer inspiration in the landscape, and the support of a thriving community of fellow craftspeople, musicians, painters, sculptors, and writers. Carole Ione co-founded the Deep Listening Institute, a multi-purpose arts space on Cornell Street in Kingston. While she and artistic collaborator (and life partner) Pauline Oliveros, the avant-garde musician, lived in Manhattan in the mid-80s, they rented space in Kingston and began visiting occasionally. “I liked Kingston because it looked and felt a lot like the Saratoga of my childhood,” Ione said, “pre-gentrification: kind of run-down and interesting, with character.” In this space, Ione offered her signature “dream workshops,” a tool for artistic creation and spiritual healing.

Ione insists that a dream of her own presaged her life here. “I had an overview, as if from the sky of the city of Kingston with its steeples. I heard a voice—my own, I believe—saying with certainty, I will settle in Kingston. And I knew it was true.” The following year, Ione and Oliveros bought their Kingston home. 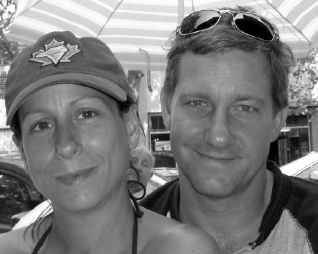 Call it serendipity, kismet, or happenstance. Jews have another word for it: “beschert” or destiny. Eve Walter (born to a Jewish father and non-Jewish mother) and Ezra Maurer (same scenario) illustrate another case where Ulster County living seemed preordained. But that seeming inevitability took a couple of decades to unfurl. Maurer was raised in West Hurley. Walter was raised in Brooklyn, but would visit her grandmother’s Ulster County hotel, the Centerville-based Solway House, every summer. As the two played as children, relatives would talk wistfully about the notion that the two might eventually fall in love.

When they met again as young adults, Eve was living in Woodstock and Ezra was in Manhattan. Eve moved into Ezra’s rentcontrolled apartment in uptown Manhattan, eager to “escape the failing family hotel.” They married and combined their name to Waltermaurer. Ezra’s parents lived near the Ashokan Reservoir and the pair was able to spend summer weekends there, as his parents were usually hiking mountain peaks across the world. “It was calm and quiet and peaceful and clean and quiet and spacious,” Ezra said. “We began to dream about ‘one day’ when we could move back. We had not a penny saved toward such an event.” Daughter Daisy was soon born, a welcome arrival, yet one that placed a new strain on finances.

However fate was poised to lob a fortuitous curve ball. “After one particularly blissful weekend, when the dream tugged especially hard, we made the increasingly loathsome trip back to our city apartment,” Ezra recalled. “In the weekend’s mail was an offer from our landlord to give up my family’s 60-year-run of our rent-controlled apartment in exchange for a check whose sum happened to be exactly the amount for the down payment and fixer-up funds needed for what would be our dream house in Ulster County.”

Eve suggested exploring the Rosendale area, situated close to both Ezra’s parents and the NYS Thruway. (Ezra’s woodworking business had many New York City residents, whom he wanted to retain.) It was a rainy day when they came to visit and the real estate offerings were not appealing. After nine hours of house-hunting, the duo was tired and hungry. But the realtor insisted on one more home in the hamlet of High Falls. Reluctantly, they went to the address and waited for the realtor to arrive with the key.

While waiting, the pair peered through the window of the 19th-century house and spied wide wood floors stretching from living roomto dining room. Eve exclaimed, “This is it.” The agent led the pair to the Clove Café to discuss the matter over coffee. “We loved our waitress, we loved the Clove, we loved High Falls,” Eve said. They signed immediately. “We never looked back, we never had a single regret and we live in the most wonderful house, in the most wonderful community.” Ezra maintains his woodworking business and Eve is an assistant professor in the Department of Sociology at SUNY New Paltz.

Jay Blotcher, a veteran freelance writer, celebrates July as the 10th anniversary of his relocation from Manhattan to High Falls.

WAYS TO HELP THIS HOLIDAY SEASON