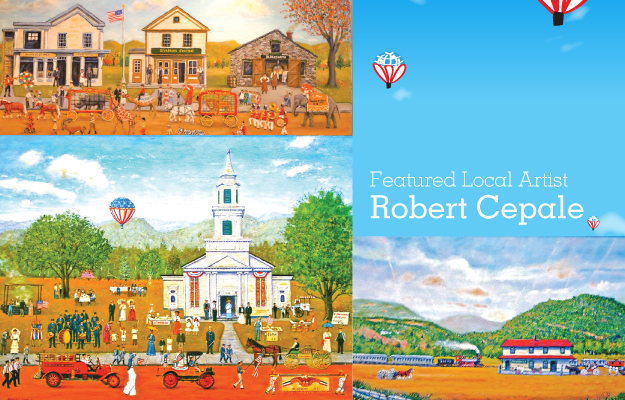 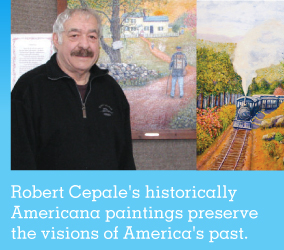 Cepale’s art reflects a romantic journey back in time. The depictions of people living their lives approximately 100 years ago show them working hard and long. They lived their lives more right than wrong. They worked as a close family unit on their farms in order to survive. There is an abundance of wonderful history in the Catskills, and Cepale reaches back for the "soul and spirit" of those bygone days and recreates those moments on canvas. You can almost hear the train whistles, the sounds of a blacksmith shop, a steamboat tooting its horn, the moos of the cattle, the unwelcome early morning crowing of a rooster, or the clippity-clop of horse and buggies roaming the countryside.

Cepale's paintings include historic descriptions or poems to share his thoughts with each viewer to give them a more intimate view of the painting. Each of his paintings are historically researched.

Received the Commandants of Cadets Award for Excellence at West Point. Solo exhibit of 48 paintings. Four months. Held over.