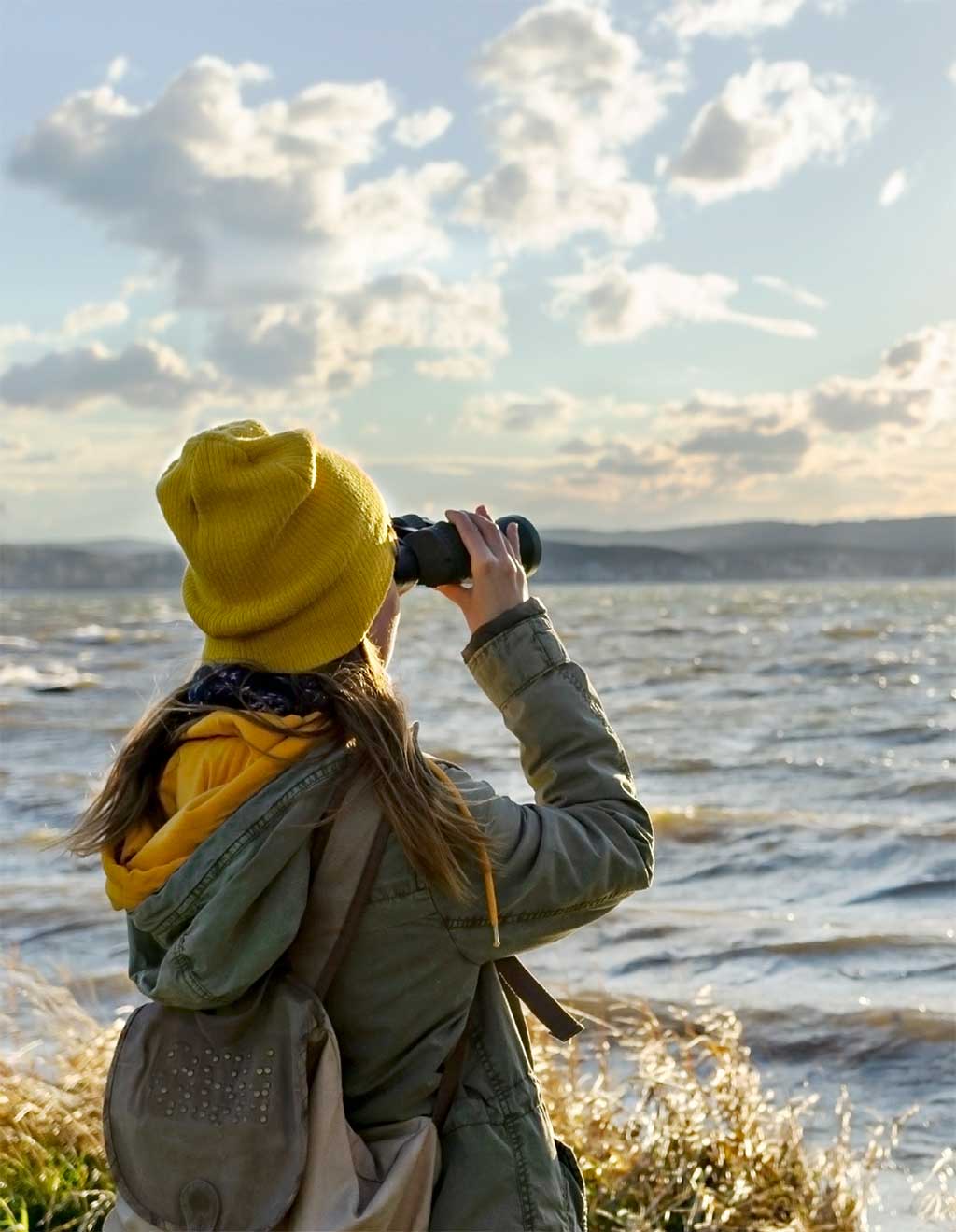 We can all identify at least a handful of birds: for example, the ubiquitous crow, the noble bald eagle, or the elegant red cardinal come to mind. But as you start to think about it, or—better yet—as you start to pay attention to the birds around you, the sky is the limit on what we can discover about birds.

A great first step to birding in the Hudson Valley is the purchase of a Northeastern United States field guide. Every time you spot a bird, find out what it is and mark the page to remember that you’ve seen that species in your yard. Then when you’re ready, head out to one of the following birding sites to see for yourself where a variety of birds congregate. Remember to check local hunting season dates to make sure you’re dressed appropriately. 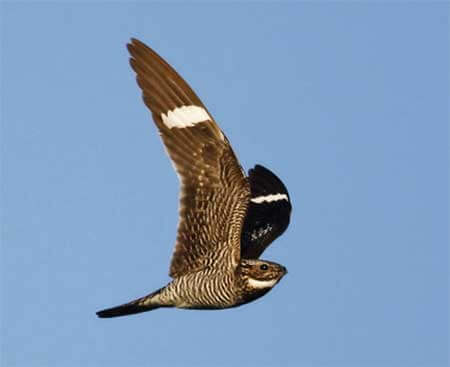 The Great Vly, on the Ulster/Greene County line north of the Town of Saugerties, is a large freshwater marsh bordered by rock cliffs and wooded hills. Osprey, bald eagle, American bittern, blackbirds, and 30 species of warblers pass through The Great Vly during spring migration. Common nighthawks assemble in small flocks to rest and feed over the open marsh. Common and black terns have been observed in migration. Woodcocks, swamp sparrows, rails, and herons nest here, along with three species of vireos, warblers, and other woodland birds. In late summer and early fall, unique floating mats of vegetation provide good shorebird habitat. Visit dec.ny.gov for information. 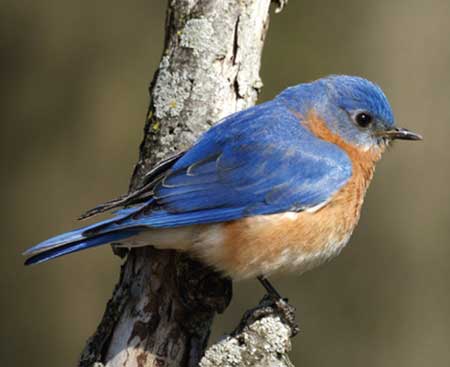 Bristol Beach State Park, in the Town of Saugerties, provides views of the Hudson River. Migrating passerines and waterfowl follow the river inland during spring and back to the coast in the fall. Among summer nesters are eastern bluebirds. Scan the river from an elevated parking area and walk quietly out on the peninsula to the south end, checking for waterfowl in the cove on the west side. Exposed mudflats in the cove attract herons, egrets, and shorebirds during low tide in late summer and early fall. Bald eagles may be seen throughout the year. More info: palisadesparks.org/bristol-beach for information. 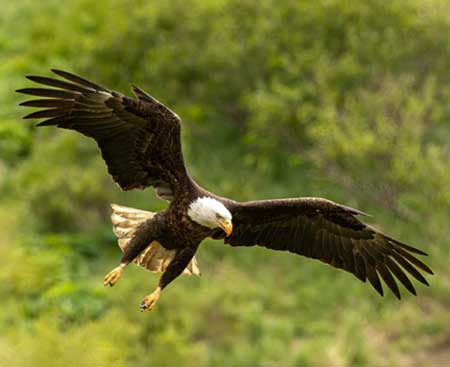 Kingston Point includes Kingston Point Beach and Kingston Rotary Park on the Hudson River. From late fall to early spring, look for ducks, gulls, and bald eagles on the Hudson River and in the lagoon. Shrubbery around the edges of Rotary Park and the adjacent BMX course provide cover for winter sparrows, finches, and Carolina wrens. A loop trail from Rotary Park to the intersection of North Street and Delaware Avenue follows reconstructed trolley tracks and an old railbed, providing views toward the Rondout Lighthouse, across the mouth of the creek to Sleightsburg Spit, and into a shallow lagoon that was part of the Victorian-era Kingston Point Park. Visit kingston-ny.gov for info.. 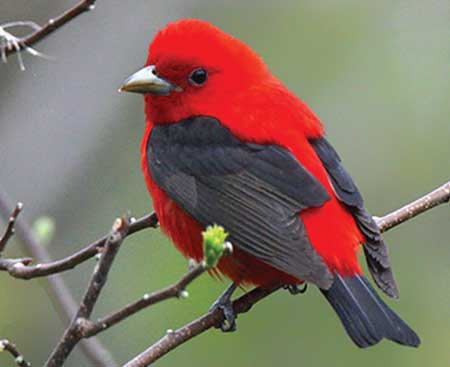 Esopus Meadows, in the Town of Esopus, is a shallow underwater shelf of the Hudson River offshore of Lighthouse Park and Esopus Meadows Environmental Center. Emergent river vegetation nurtures insects, small fish, and other food species that attract wading birds, waterfowl, and swallows during migration. In winter, look for ducks, bald eagles, and great cormorants. The adjacent forest is a 100-acre Scenic Hudson preserve. It is a magnet for warblers and other passerines migrating along the river. Summer nesters include worm-eating warbler, Louisiana waterthrush, and scarlet tanager. Five species of woodpeckers remain all year. More info: scenichudson.org. 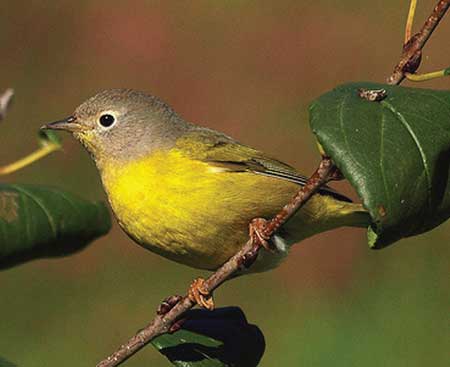 Overlook Mountain Wild Forest is a 590-acre area within the Catskill Forest Preserve. A two-mile-long route climbs to the top of the mountain, where there is a fire tower and a restored firewatchers cabin. Migrating and nesting warblers and other montane species can be seen and heard along the red-blazed route. On weekends in good weather, the top of the fire tower is open and there are exhibits in the firewatchers cabin. The trailhead for Overlook Mountain is located on Meads Mountain Road in Woodstock. dec.ny.gov for information. 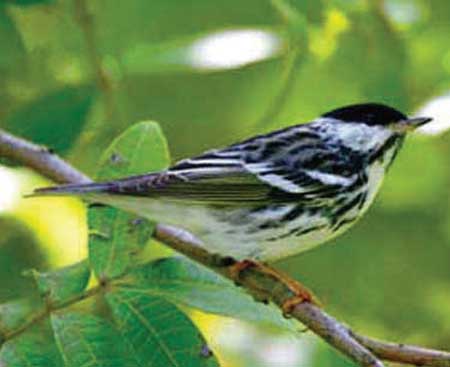 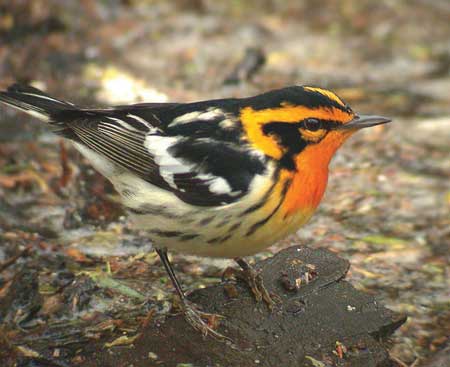 Mohonk Preserve, on the Shawangunk ridge west of New Paltz, spans 6,600 acres. The day use fee for nonmembers is $15. There are several areas of the Preserve that can be especially rewarding for bird-watching. The open fields at Spring Farm have a large population of nesting indigo buntings. Duck Pond hosts many woodland and “edge” species of warblers, plus wood thrushes, scarlet tanagers, and, usually, an Acadian flycatcher. More montane species, like slate-colored juncos, blackburnian warblers, eastern flicker, and winter wrens, nest on the north-facing slopes of Rock Rift. The ridge supports nesting peregrines, ravens, and black and turkey vultures. Info: mohonkpreserve.org. 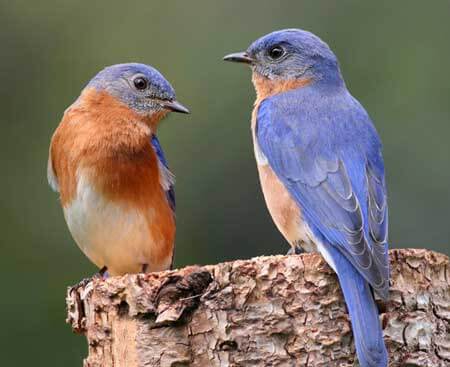 Burroughs Sanctuary, in the Town of Esopus, is the site of Slabsides, the rustic cabin retreat of the famous late 19th and early 20th century naturalist, John Burroughs. The Sanctuary consists of 192 acres on a wooded hillside, with several trails and a large pond. Migrating passerines visit in the spring; lowland woodland and “edge” species—wood thrush, scarlet tanager, eastern bluebird—nest here. An osprey or bald eagle may visit the pond, which is also a good place to study dragonflies and damselflies. The Sanctuary is open dawn to dusk daily, year round. For more information about John Burroughs himself, visit: http://research.amnh.org/burroughs. 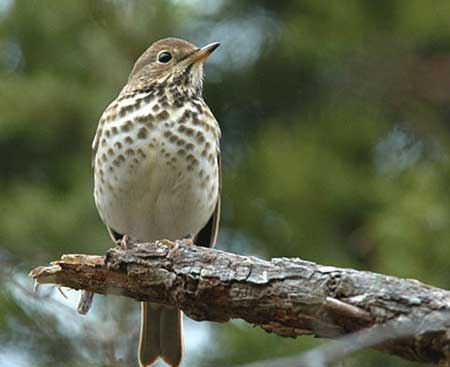 Part of the 1,547-acre Taconic State Park in the Town of North East. Highest point in Dutchess County, 2,311 feet, located where New York, Massachusetts, and Connecticut come together. Deciduous and coniferous woodland and open areas at the summit. Spring, summer, and fall. Good vantage point for fall hawk migration. Breeding hermit thrush and dark-eyed juncos, as well as other woodland species. Requires a two-mile hike each way, moderate from the west or partially strenuous from the east. More info: BerkshireHiking.com. 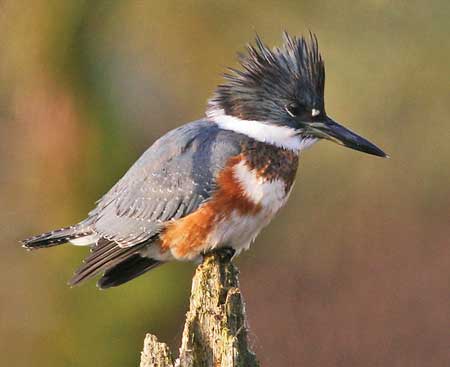 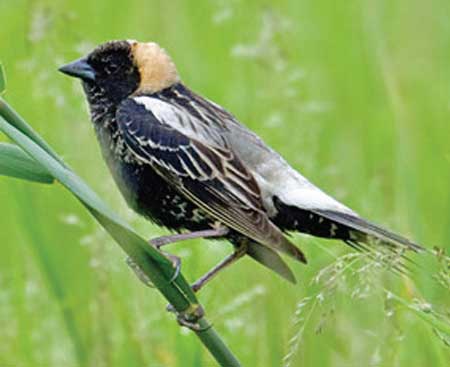 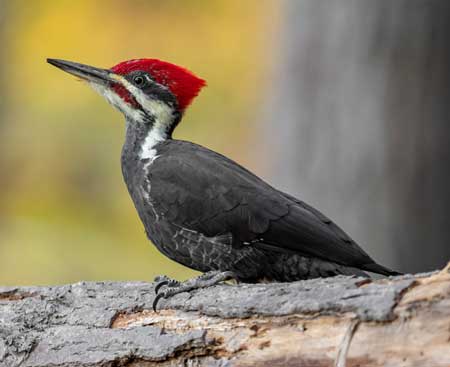 John Burroughs Natural History Society’s website has great content about birdwatching locally. They also have a downloadable ‘Birds of Ulster County’ checklist to take along with you. Go to jbnhs.org/where-to-bird-in-our-area/ for more info.

Winter Recreation for the Whole Family