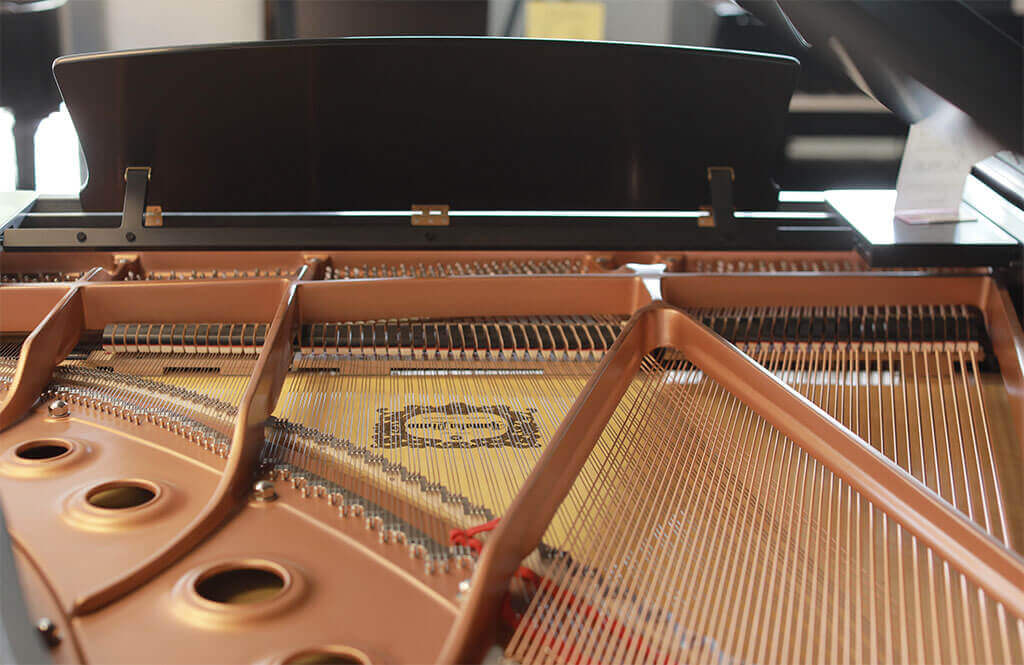 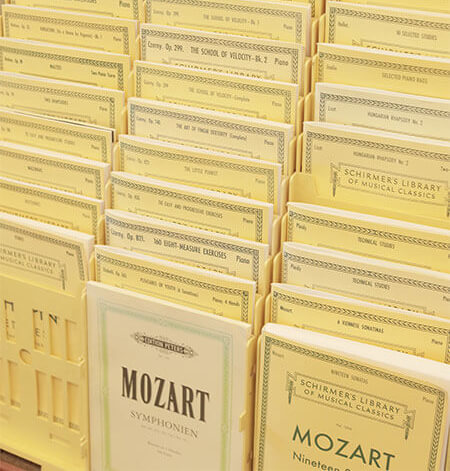 “One of our growth areas is seniors who’ve been doing it for their families for decades and want something for themselves. It’s fun, it’s relaxing, and it makes your brain sharper than ever.”
–Jon Vincitore, owner

Jon Vincitore remembers his introduction to the public as part of the family piano business, where he began helping out at age 13. “I was the dolly guy,” he says. “Mike drove; he was 16, so he had his license. Customers would call the store and yell at my mom, ‘How can you send these children to deliver a piano?’

“Mom would talk them down and ask them to just watch us. After we made it look effortless, she’d usually get a second call apologizing and marveling. Of course, Mom also talked Dad into getting us a ramp.” Dad was Joseph Vincitore, a bandleader in the US Army who took over a Poughkeepsie music shop in 1946, then moved it uptown in the 1960s to specialize in pianos and organs. And in 1965, Joseph became one of the first original founding US dealers of the Yamaha Piano brand, which would grow into a position of global leadership. 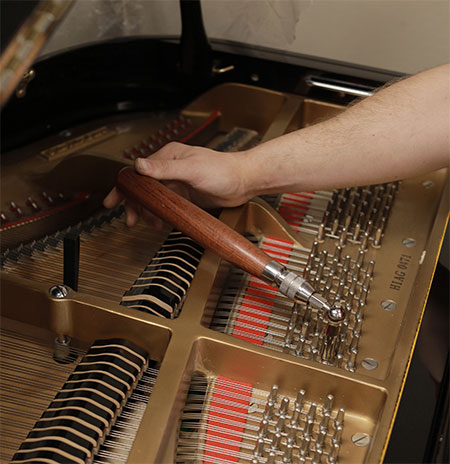 Jon studied business at Marist, graduating in 1977. “All my fellow business students had the dream of owning their own business one day, and most of them knew they would have to work for other people first,” he says. “Meanwhile, there was this opportunity right in front of me, a family business that was decades old.”

Learning to play the piano confers a long list of benefits. “We always knew this in our guts, but now there is hard science to back it up,” says Jon. “Playing piano is one of the best things you can do for your brain. It has benefits for memory, processing speed, reasoning, and comprehension; pianists typically do about 20 percent better on the SATs. They can actually see the changes with brain scans. Not to mention the lifelong cultural benefits, and the purely physical ones.”

Piano lessons were a standard feature of mid-20th-century middle-class childhoods, but public school music education didn’t do much to reinforce that learning. “Kids pick an instrument in 4th grade and aren’t given the choice of piano, which is because of the band instrument lobby—the instruments offered are ones you can only play in a band,” Jon points out. “Meanwhile, for most, piano will be more of a lifelong instrument. And let’s say you choose saxophone and are dedicated enough to want to keep at it—if you go to college for it, you’ll be required to minor in piano to learn chord structure.”

Vincitore’s has managed to help establish keyboard labs at Poughkeepsie High School and at Roosevelt High School in Hyde Park, and they ran a group piano school for 30 years. Now, they work with Paul Effman Music Service in Lagrangeville to provide group lessons. Piano culture in the home, Jon says, has suffered from a modern phenomenon in which potential players or their parents pick up a $99 keyboard as a way to test the waters. “The idea is, ‘Maybe we’ll get a real piano if it takes,’ but what happens is that they get frustrated and bored and the keyboard winds up in the closet gathering dust,” says Jon. “Get a real piano in the house, take a lesson once a week, study a method book and practice half an hour a day, and after three months, you’re actually beginning to enjoy yourself and feel the benefits. Parents say, ‘I’d give my kid the world if I thought she was going to get serious about this.’ Well, this is the way to make that happen.”

“We are a service organization; we know we have a marvelous product and we offer the support, information, and education you need to get the true benefit.”
–Jon Vincitore, owner

It isn’t just kids who can enjoy learning to play; older folks, says Jon, are rediscovering the instrument when they look for an enjoyable hobby with benefits. Vincitore’s just sold a piano to a woman whose doctor had prescribed playing as the best treatment for her arthritis. “One of our growth areas is seniors,” he says, “who’ve been doing it for their families for decades and want something for themselves. It’s fun, it’s relaxing, and it makes your brain sharper than ever.” 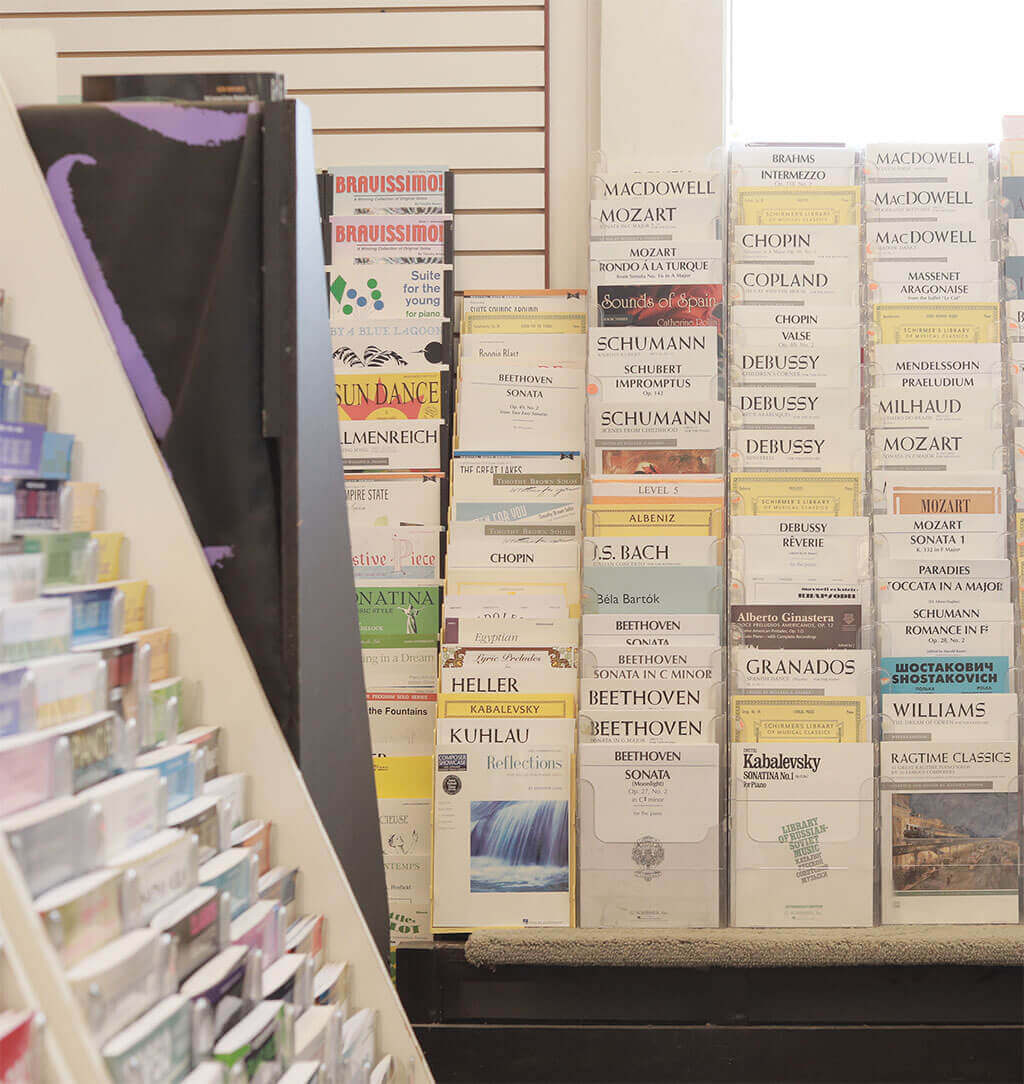 Vincitore’s Hudson Valley Piano Center offers an extensive assortment of previously owned pianos at a variety of price points, with rent-to-own agreements making the instrument accessible, starting at $399 down and $39 a month. Beyond just getting a piano out the door, though, Jon says they try to make sure that its benefits are realized. “Sales here are a byproduct of our success at getting you involved in music,” he says. “We are a service organization; we know we have a marvelous product and we offer the support, information, and education you need to get the true benefit.”

Acoustic pianos provide the strongest path to engagement for a beginner, but Vincitore’s also carries the full line of Yamaha’s Clavinova line of digital pianos, and Jon says they’re a different world from the $99 dust collectors (which, incidentally, Yamaha also makes).

“Our eyes light up when someone comes in and sits down and starts playing a grand piano and we get to show them what a digital can do,” he says. “It puts an incredible power in their fingertips to be able to arrange with violins, horns....Since they are familiar with the keyboard as the roadmap, they can now not only just play, but arrange and transpose and record. I had one musician tell me, ‘I feel like I was always playing in black and white and someone just handed me a full color palette. Now I can really use my knowledge.’”

They deal with more than a few accomplished musicians, being the go-to piano specialists for Bard, Marist, and Vassar colleges and for Bethel Woods Center for the Performing Arts. The expertise to disassemble, repair, and reassemble a Steinway isn’t commonplace, and the Vincitore showroom is an array you won’t find anywhere else in a 70-mile radius.

“What we do is educate people about how the piano can fit in and enhance their life. And once they get into it, they realize it’s all that we say it is. You sit down at the keys, you’re just having fun and expressing yourself, and, before you know it, an hour has flown by.”

But every customer of every age matters here, and Vincitore’s business model will always depend not on raw selling, but on making a love match between customer and instrument. To that end, they’re there to tune, adjust, and service your piano throughout its long life, move it when you move, and cart it away if for some reason it becomes an inconvenience. 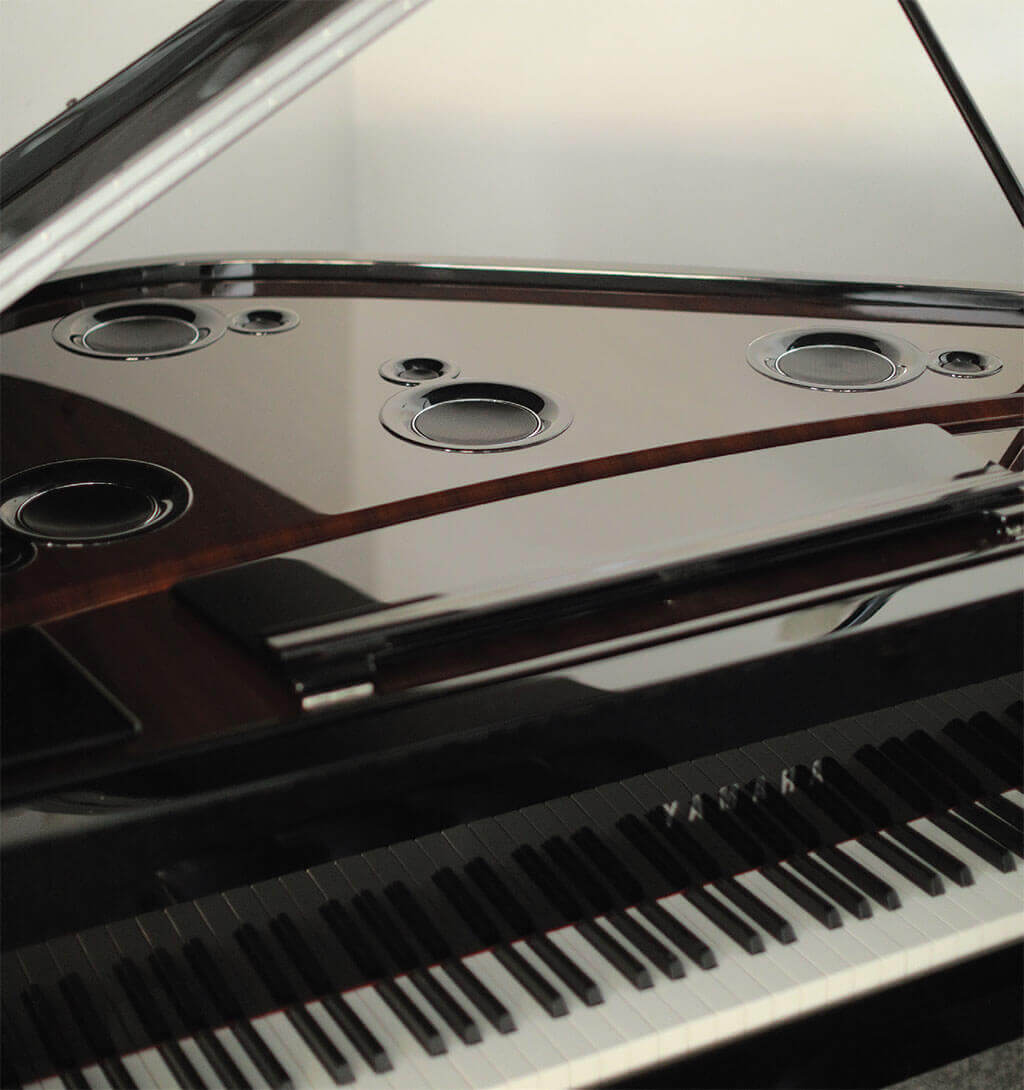 “We strive to help you find the piano you will love in 10, 20 years,” says Jon. “When you do, it is money well spent. So what we do is educate people about how the piano can fit in and enhance their life. And once they get into it, they realize it’s all that we say it is. You sit down at the keys, you’re just having fun and expressing yourself, and, before you know it, an hour has flown by.” 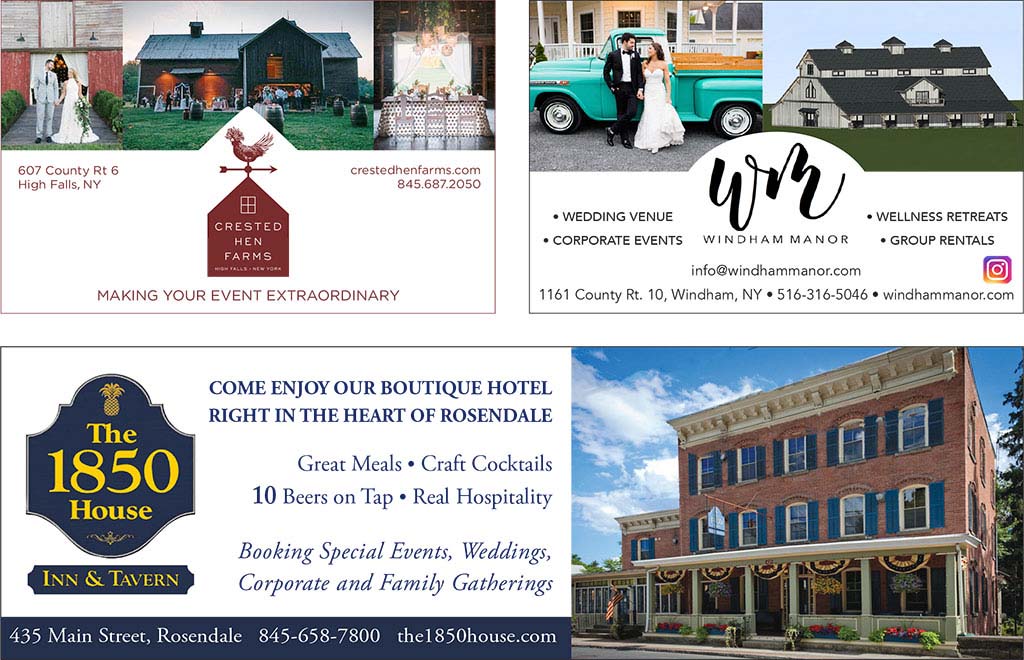 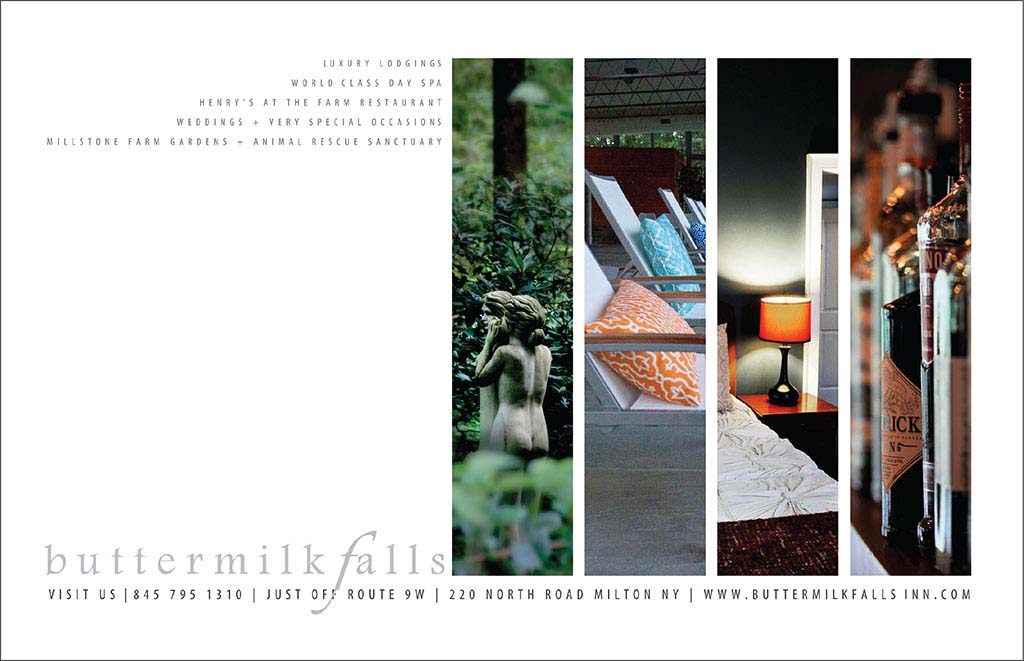 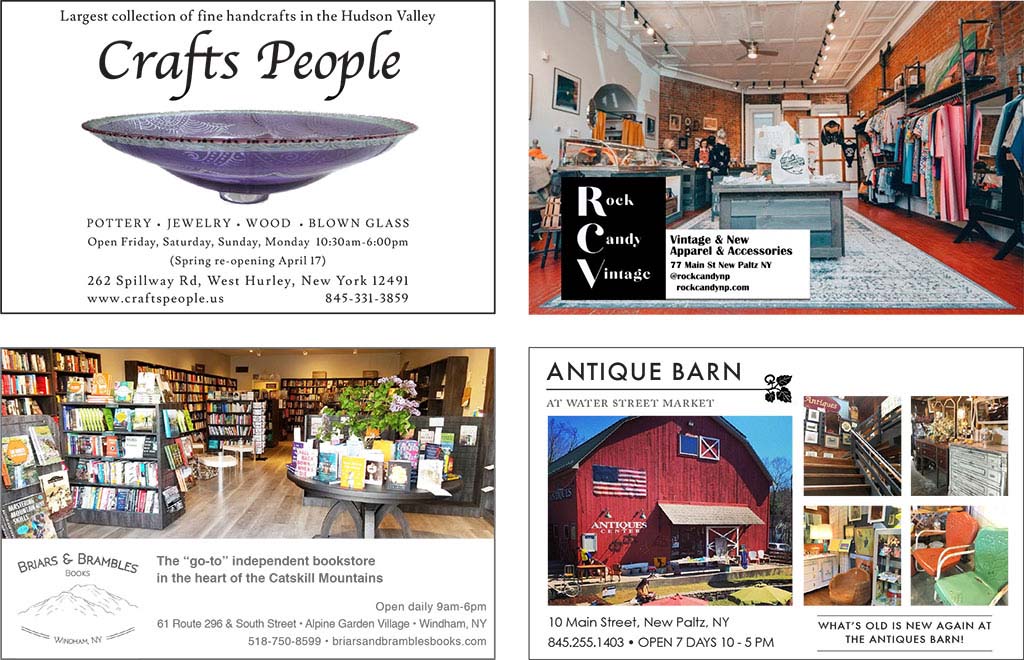 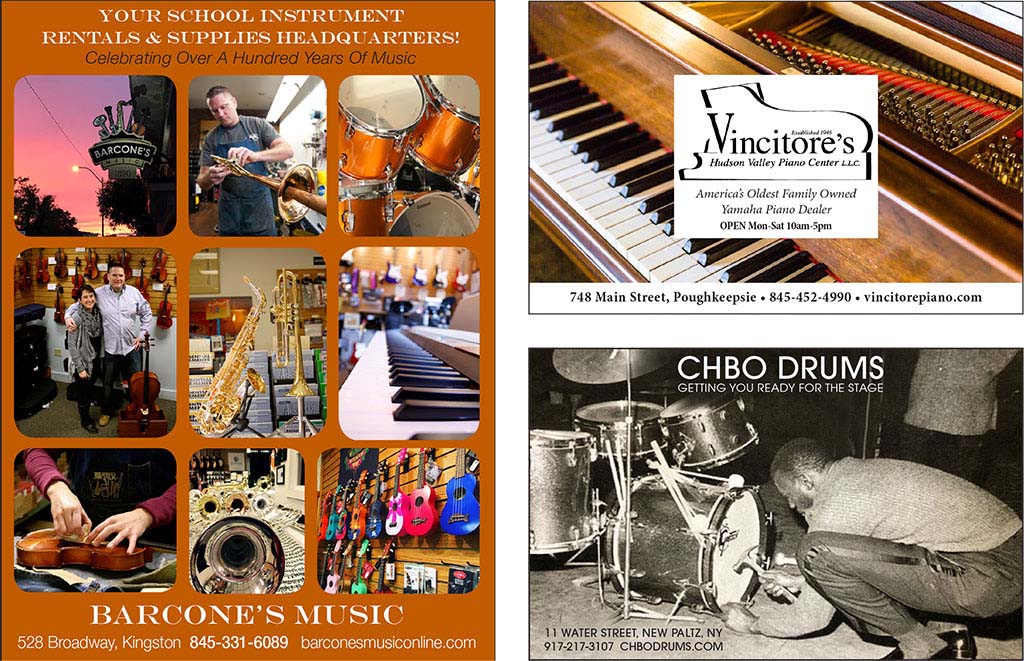