Twenty-two years ago, sushi was a taste most Hudson Valley residents had not yet acquired. Then came Osaka Japanese Restaurant in Rhinebeck, and the culinary cosmos had a newborn star. Locals were converted; weekending “sushi snobs” were amazed.

Some restaurants start off with a bang and fade into complacency; not Osaka, which has consistently scored "excellent" ratings from Zagat and was voted Best Destination Restaurant by The Culinary Institute of America.

“I feel like I'm in a real Japanese restaurant when I go there. They always make my rolls exactly how I want them, even though I rarely order off the menu and ask for weird things.... Osaka is the best. And everyone knows it,” wrote Yelp.com reviewer Zoë A. of New York, NY in October 2016. Other patrons have expressed the wish that they could find a place this good in Manhattan.

“I feel like I'm in a real Japanese restaurant when I go there. They always make my rolls exactly how I want them, even though I rarely order off the menu and ask for weird things.... Osaka is the best. And everyone knows it.”

Osaka founder James Liu grew up on the family farm in Taiwan where he learned traditional pickling techniques at his grandmother’s elbow; his wife Joy began work in a jewelry factory at age fifteen. They became successful real estate agents in Taipei and wanted American education for their kids. Careful savings and courage allowed them to relocate to Kingston where they found work at the Golden Duck, a Chinese restaurant on the Strand.

Jassica Liu was very young when her whole world changed. “My parents had left me with my grandparents in Taiwan when I was five and gone to America to get a start,” she says. “In 1990, when I was eleven, we all moved there. It was crazy. I went from Taipei—a city that never sleeps, where I lived two blocks from a night market—to hearing crickets here. I was the only Asian kid around, which was a lot of pressure; I felt like I was representing my entire race.” 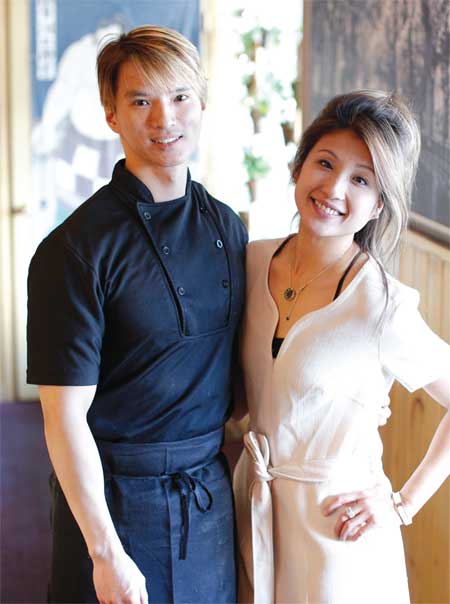 By age twelve, she was speaking English in complete sentences; by high school, she was done studying English as a second language. Taiwan schools had provided a good foundation. “There’s a lot of Japanese influence on education there,” she says.

“The first several years are devoted to learning respect for other people and the environment. No academic tests. School was Monday through Saturday, and we started the day by cleaning the school. Being social, contributing, and feeling like part of a whole is most important.” 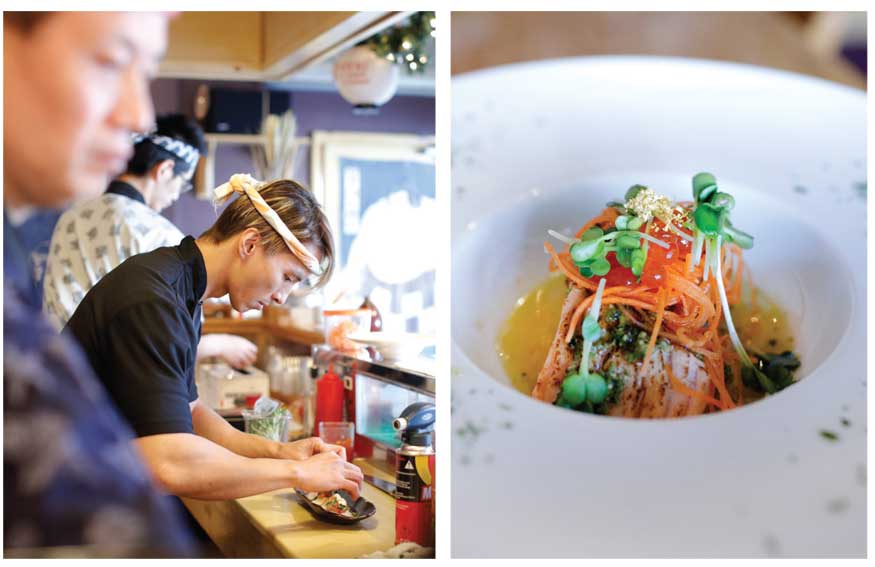 Meanwhile, her dad had a plan. “I didn’t realize it when I was younger, but he was always thinking ahead,” she says. “Every time we ate out, we’d play ‘guess the sauce ingredients.’ He was making plans in a little notebook. He wanted to put us through college, and he figured real estate and restaurants would do it.”

It was a well-laid plan. Jassica studied economics at SUNY Albany, where she was on the dance team, and Japanese at Kansai Gaidai University in Osaka, Japan. “When I went off to college, I was sure I never wanted to take over the restaurant,” she says. “I worked as a currency trader, and in fashion. Then my dad wanted to retire and offered me first choice, and I felt it pulling me back.”

Her father had built a legacy she strives to maintain: simplicity, freshness, and excellence. “We don’t do the fancy knife-throwing table shows—the chef’s in the kitchen, making everything in-house,” she says. “Dad has a little ‘Soup Nazi’ to him—‘this is how we do it and if you don’t like it, there’s the door.’ He was the first guy to bring sushi upstate; there was resistance at first, but people caught on and within a couple of weeks it was packed. And he’s such a good egg—very loyal and kind—that people always felt very welcome."

"We’ve been told that we’re like the ‘Cheers’ of sushi, where everybody knows your name.”

There have been just a few minor tweaks since Jassica took the reins twelve years ago. “We do social media now, and we bottle all Dad’s sauces so people can take them home,” she says. “His ginger sauce is very popular, so we started making a gluten-free version and people love it. My father started something really good, and I don’t try to change it much, although we do have some modern bowls that younger people love.”

Just four years after opening Osaka in Rhinebeck, James felt confident enough to open a second restaurant in Tivoli, now owned by Jassica’s uncle, Marco Liu, and loved by, among others, the Bard College crowd. “When dad retired from the restaurants, he went back to focusing on real estate and being a grandpa,” Jassica says. “But whenever I have special events, I bring him in. We’ve seen customers’ children grow up and go off to college.... We’ve turned a lot of non-sushi eaters, and even a lot of vegetarians, into sushi lovers. A lot of commuters tell us they don’t even eat sushi in the city anymore. They wait till they’re here.” 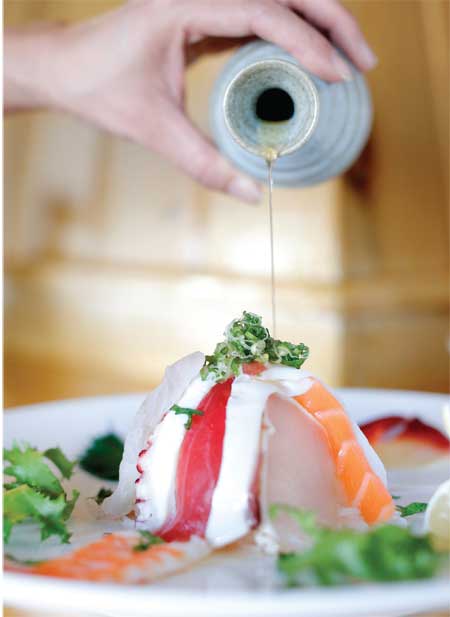 The recipe is part fine ingredients, part top-notch cooking, and part philosophy. “A big part of our focus is balance, how everything comes together. For example, if you made a roll with too much rice and not enough fish, the rice would overpower the fish.”

I get the greatest joy when I get Japanese customers who drive 90 minutes to my restaurant to eat una ju. They say it tastes like home.

And just as James found the right balance between “Soup Nazi” and warmhearted welcome, his daughter continues to uphold tradition while serving takeout boxes to Rhinebeck yoga moms. “I love all my customers, and I’m always happy when they are satisfied,” she says. ”But I get the greatest joy when I get Japanese customers who drive 90 minutes to my restaurant to eat una ju (eel over rice). They say it tastes like home. That is the greatest compliment to me. I believe that's the power of food. It can transport you back to your fondest memories.”