Just walking into Handmade and More is a multisensory blast—good smells, good music, chitchat, and graceful shapes in vibrant colors will draw you in, even if you’re not big on recreational shopping. Before long, you’ll be falling in love with things, each more delicious than the last. Pottery, jewelry, candles, puppets, trinkets, and treasures surround you.

“We were a reflection of our era,” says Handmade and More owner Melinda Minervini, “and we’ve maintained a strong presence as others have come and gone. Something that is intrinsic to us, one of our consistencies, is being open to change. When people’s needs changed, we changed, but without losing our core philosophy. We reflect the community we serve—responsive, but staying grounded in what some might call a hippie philosophy.”

New Paltz in 1974 was a town caught in a glorious culture-quake; at the college, students sat in against the war and designed their own Experimental Studies degrees. Friends Ann Rodman and Brenda Bufalino talked each other into stepping out and living their dreams. 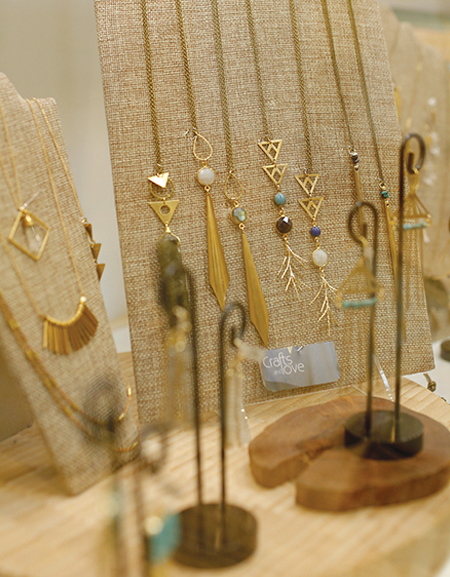 "Something that is intrinsic to us, one of our consistencies, is being open to change."

"I started working for Ann in ‘74 and the business just drew me in more and more.” - Melinda Minervini

In a building just off Main Street, Ann opened Handmade to showcase and market the work of her crafty circle of friends, while Brenda opened the Dancing Theatre upstairs and began teaching.

“I’ve known Ann since I was 11 years old,” says Melinda. “She and Karl taught in the school I went to in New York City in the ‘60s; they ran a summer camp in Wallkill, and I went to camp there and was their babysitter. Ann and Brenda lived right down the road from each other; I worked for Brenda when I was in college.”

Melinda moved to New Paltz in what she recalls as the “banner year of 1968. It was a volatile, exciting era. Those were good times; being in the art department was pretty exciting. I got a lot out of it.”

Melinda was, as a matter of fact, part of that core circle of friends who inspired Handmade’s opening. “I had work in the store from the beginning—I’m a potter, not that I get a chance to do it as much as I’d like,” she says. “For a while I was trying to make it as a potter." 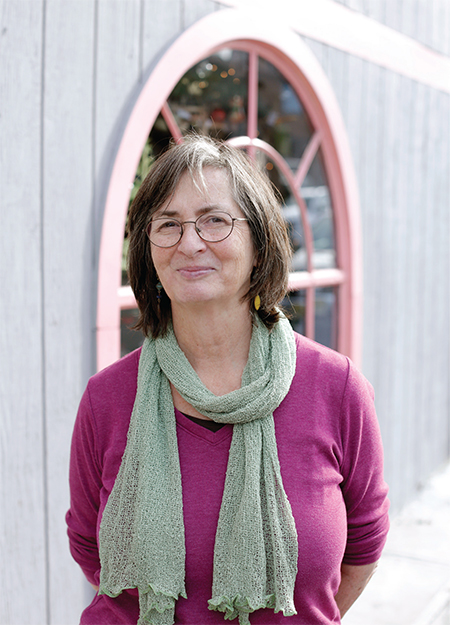 When the Dancing Theatre folded (Brenda had moved on to teach dance far and wide), Handmade took over the upstairs and began carrying clothing, the type that manages to combine extreme comfort with eye-popping elegance. “We just never get locked into trends; it’s about what people want, not what someone is trying to sell us,” Melinda says.

Ann retired in 1994, selling the store to the third member of the core group, Marge Mustello. Melinda took over in 2009. “It really is a family business, we just happen to be a family by affinity,” Melinda explains. “I worked with Marge, and decided to become the next owner, but Marge is still here working for me. It’s all a big circle. The conceptual side has maintained the continuity no matter who owns it.”

"Retail, the way we do it, is not about making a lot of money; it’s work that’s ingrained in me and I do it joyfully.”

Melinda focused for a time on raising two kids. But in the ‘90s, the store beckoned her back—she started filling in part-time and was soon manager. “I’ve always been a person who, when I do something, I do it all,” she says. “I have a strong creative side, but I’ll shovel the walkway, fix the toilet—use my energy every which way. Owner and boss is the newest and most challenging role—Marge mentored me through the transition—but I’m still number one shoveler here."

Handmade and More has added home goods to its cornucopia, sticking with the artsy-yet-cozy aesthetic that’s been a hit in its other departments, and Melinda takes pride in the fact that you can still walk in and find a unique gift or a little day-brightener for yourself without spending a regal sum. “It’s a college town, not an upscale community, and there are people in it leading very modest lives,” she says. “And we run Handmade for the whole community. We’re not based in tourism. We want the people who live here to keep coming back again and again because they had a great experience. We want customers who want us to be part of their lives.”

And they’ve got them: customers who haunted the toy department as children come back with children

of their own, returning to a place where friends meet and talk, made welcome by Jessica and Kelly Covert, who are the new generation representing our vision. “The clothing department is a huge part of our survival; we’ve developed a large base of people who do a lot of their clothing shopping here,” says Melinda. “Jewelry is also strong. The downstairs, the pottery and glass, may not be as huge but it’s the core—handcrafted work is what drives us, and everything has to work with that.”

Sometimes she misses the early days. “I wish we still had a dance studio overhead. All that energy—the ballet kids, the modern dancers. It was exciting to

“I feel very rewarded,” says Melinda, “that I’m managing to keep all the balls in the air. I’m proud that we have maintained this and kept the warmth. And grateful for how much people really do appreciate us.”

be underneath it and have them pounding on your head.” In 2014, Ann, Marge, Melinda, and a large gathering of patrons celebrated the 40th anniversary of a dream brought to vivid life. Brenda and some former students pushed the clothing racks out of the way and danced up a storm.

In 2017, Melinda says, customers can expect to see the clothing department continue to grow; she’s also considering adding some more toys. Yet no matter what changes at Handmade and More, it will always be a crown jewel of New Paltz retail and a place not to miss.