Falling in Love with the Hudson Valley

Falling in love with a person can be heaven on earth. But ask a dozen people why they chose their mate, and you’ll get a dozen different answers: It was his crooked grin or the way her hair shone in the barroom light. It was because he loved collies or she made a killer chocolate cupcake.

When it comes to FALLING IN LOVE WITH A PLACE, the reasons for geographical romance can be just as random, but just as powerful.

Here in the Mid-Hudson Valley, you may find that many of your neighbors are transplants. They fell in love with the region for one reason or another, pulled up stakes elsewhere, and moved here, deciding this was home, sweet home.

A casual survey of these folks—call them late arrivals, downstaters, city people, weekenders, or even interlopers—reveals a variety of reasons why they now proudly call themselves residents. Their personal stories, which range from the intentional to the accidental, reflect a truism that can be agreed upon by both lifelong residents and newcomers: There are many reasons to fall in love with this region.

A great incentive for relocating is identifying a place that accepts you. Lesbian and gay people have been calling the Valley home for decades, comforted by the “live and let live” attitude of natives as well as the embrace of artists and free spirits who relocated here in the last century.

The mighty Shawangunk Ridge offers an irresistible siren call for outdoors enthusiasts. People come on weekends and find themselves hooked on some of the most welcoming rock formations in the world. Susan Friedman had been coming to the area for camping and hiking since the 1960s. In 1981, after three summers as a National Park Service ranger, she moved to Kerhonkson and found work at Adams Fairacre Farms’ garden center and then became a teacher in New Paltz. Friedman, a lesbian, found a women’s gathering space in Kingston where she made new friends, “and the rest is herstory!” She quilts, enjoys swing dancing, and attends gay community events. “Though I travel often for pleasure, that view across the reservoir to the Catskills is as beautiful as anywhere I’ve been to, and I’m always glad to be home.”

Burt Angrist was in medical school in New York City in 1961 when the veteran climber discovered the fabled Gunks. He was hooked and eagerly traveled every weekend up the NYS Thruway to exit 18. By the mid-70s, Angrist and girlfriend Anka bought their first weekend home: a cabin in the woods of Rochester that had neither electricity nor running water. Mountain climbing was Angrist’s prevailing passion; in fact, he recalls very little else about life in this area back then. Weekends began with a breakfast in New Paltz, climbing all day, then dinner at an Italian restaurant they favored, again in New Paltz. Burt and Anka would eventually marry and trade their cabin for a house they erected in the same area. They retired in 2003 and, after four decades as weekenders, the pair moved from Manhattan full time. Burt and Anka have taken part in several protests through the years, when their beloved wilderness was threatened by building projects, from the proposed Marriott hotel in Minnewaska to the bid to build on the Awosting Ridge. “It is, I’m afraid,” said Angrist, “a battle that will never end, because human greed, being what it is, people will always want to capitalize on the beauty of this place and develop it.”


Peri Rainbow arrived in 1978 as a New Paltz college student. Three decades later, she is a SUNY New Paltz professor, “teaching many of the classes I took as a student, in many of the same classrooms!” As a student, Rainbow found New Paltz “an amazing place to be.” As a faculty member, she enjoys the role of mentor. “I have witnessed, supported, and helped shape generations of student activists in our region.” She adds, “Seeing them helps me know that I made the right choice in devoting myself to the quality of life here in the Hudson Valley.” Rainbow lives with wife Tamela Sloan and daughter Cecilia in Stone Ridge.
Ted Hayes and his life partner Jack Waite lived in Ossining, but knew no other gay people in their area. When they visited a lesbian couple here, they were impressed by how same-sex couples thrived here. Upon Hayes’s retirement in 1995, the couple started to look for a home in Ulster County. Within weeks of settling in Stone Ridge, Hayes joined the New Paltz PFLAG (Parents & Friends of Lesbians and Gays) and “thus began my active life with the gay community in the area. I now have a huge family in Ulster County.” (Waite died in 2009.) Hayes also volunteers for the Hudson Valley LGBTQ Center in Kingston.

Another lure to this area is its perfect landscape for winter sports. Vic Work, commissioner of elections in Ulster County, first came here on New Year’s Day in 1971 from Brooklyn to visit his wife’s uncle. His property abutted Belleayre Ski Area. “The temperature was zero degrees outside and minus-five degrees inside the house,” Work recalled. But the skiing was prime and Work returned seasonally. A decade later, the couple bought a summer home in Gardiner. One day, they drove by a sign for an auction and noticed that a farm on the Wallkill River was for sale. “Seeing our kids run across the hay field with the view sold us,” Work said. The Works sold the Brooklyn home and became full-time Ulster County residents. 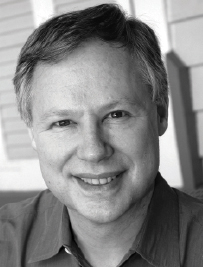 Another public servant active in local politics, Ben Shor of Marbletown, used to travel from his home in Westchester County in the 1990s to hike Mohonk and Minnewaska with girlfriend Cora as a member of the Mohican Chapter of the Adirondack Mountain Club. They would explore the area for a week at a time, staying at local bed and breakfasts. When Shor lost his job, he spent a weekend with a friend in Kingston to plot his next move. He found a job through a Daily Freeman ad to run a homeless shelter in Poughkeepsie. Cora soon followed him here. They rented a house in Marlboro, were married, and relocated to Marbletown where they have lived for eight years.

Diane Silverberg was living in Sag Harbor a decade ago, growing a private practice in acupuncture. She had several New York clients, so she kept a Greenwich Village apartment. She enjoyed the small-town life of the Hamptons, but that soon changed. “The Hamptons became the ‘in’ place,” she said. “Traffic became a nightmare and farms were being replaced with mega-mansions. Everything I loved was disappearing.” By 1999, she had enough; Silverberg’s cousin Harris Safier had moved to the Mid-Hudson Valley in the mid-70s from their native Brooklyn, so she went for a weekend visit. Silverberg stayed at a bed and breakfast called the Fox and Hare on Route 209 in Accord. She was charmed by the farmhouse’s high ceilings, large rooms, and the blazing fireplace in the library. “The owner was friendly and very accommodating, and served a wonderful breakfast.” Silverberg was smitten by the experience; within two weekends, she and her partner Kathy had found a roomy ranch home in High Falls, courtesy of cousin Harris, who owns the thriving Westwood Metes & Bounds real estate company.“I have never been sorry for the switch,” Silverberg said. “I love these mountains, the cool air, the farms, the friendly people.” She eventually gave up her Manhattan pied-a-terre. “The car alarms, the noise, the stressed-out people, I was glad to leave it behind.” Silverberg now splits her time between giving acupuncture sessions and being a real estate agent at Westwood.

Long Island native Rochelle Riservato used to visit her aunt and uncle in Red Hook as a teen during the early 1960s. The area was already in her genes; her mother was born in Poughkeepsie and her great-grandmother had a farm in Hopewell Junction. Riservato found employment and a life in New York City, but she yearned for “a second home and fresh air in the place and environment that always felt more natural as a home to me.” In 1990, she and former husband Tom Maucher found a weekender home in Bearsville. It was relatively nice, but perhaps too isolated; they agreed that they wanted to live closer to the Thruway, and looked for properties in Rosendale. In 1992, the pair found a house on 17 acres for a mere $115,000. After four months of living there and commuting to New York City, Riservato made the switch to living here full time. 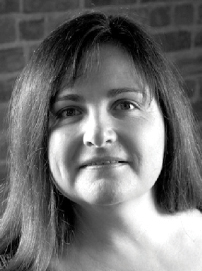 For writer Nina Shengold, a visit one summer weekend to friends in Ulster County led to “impulsively” renting a cabin on the Rondout Creek. By September, she was poring over real estate ads. Shengold recalls her Eureka moment vividly. “I came over Mohonk Mountain Road, and when the trees opened up to the view of the valley and Catskills, I heard the words ‘I live here’ clear as a bell in my head. Note the phrasing: it wasn’t ‘I want’ to live here; somehow I knew that I already did.” 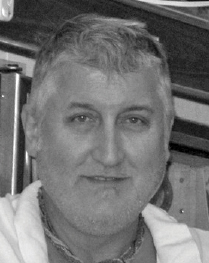 Who would trade balmy California weather for the dramatic four seasons of the Hudson Valley? West Coast native Essell Hoenshell-Watson did. The owner of The Alternative Baker in Rosendale arrived here in 1992 as a baking student at The Culinary Institute of America. From the start, he was enchanted. “I lived on-campus where my dorm room faced the Hudson through the grimiest of windows,” he said, “but still the glory of the river—my narrow sea, I have come to call it—outshone any filth and dirt that might obscure the truth.” While Hoenshell-Watson returned to California after graduation, he “sorely missed the drama,” weather and terrain of the Valley.


Hoenshell-Watson returned and began operating a bakery from his Rhinecliff house. He eventually moved to Kingston and bought a house from a former CIA professor. His bakery opened on the Strand, the Rondout commercial area, in 1997 and became a popular shop for its all-natural goods and neighborhood vibe. He relocated to Main Street in Rosendale in late 2007 and re-opened his bakery there in summer 2008. The new location meant a visible rise in business. “I still count living here a treasure,” he said.