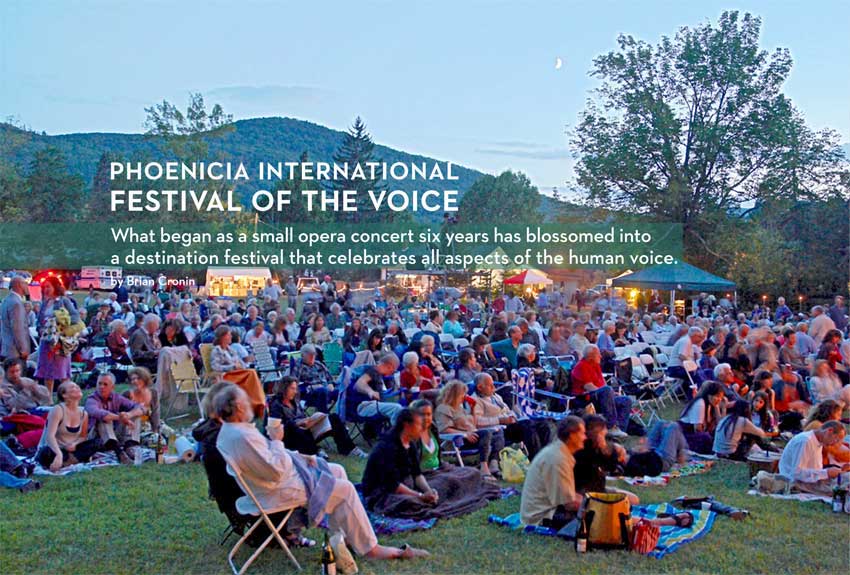 What began as a small opera concert six years has blossomed into a destination festival that celebrates all aspects of the human voice.

AT FIRST GLANCE, PHOENICIA SEEMS LIKE ANY OTHER tiny Catskills town. There’s the bustling Main Street, a few charming residential blocks, a stretch of the Esopus that’s perfect for a bit of tubing or fly fishing, and a whole lot of trees. But there’s much more to Phoenicia than meets the eye.

Take the field behind the post office, for example. It’s a lovely little park, strewn with wild thyme and ringed by mountains. Yet, somehow, this tiny patch of land can fit ten thousand people on it. “The quaintness is an illusion,” says Maria Todaro. “The greatness is the reality.”

That’s a phrase that adequately describes both the field and the town, and Todaro is well-qualified to talk about both. She knows that the field can fit that many people because she’s had to have it professionally measured to determine its capacity because she is the executive director of the Phoenicia International Festival of the Voice, an annual spectacle that’s utterly unique to the Hudson Valley. For five days this summer, Phoenicia's population will multiply twenty times over. That little field fills up fast. 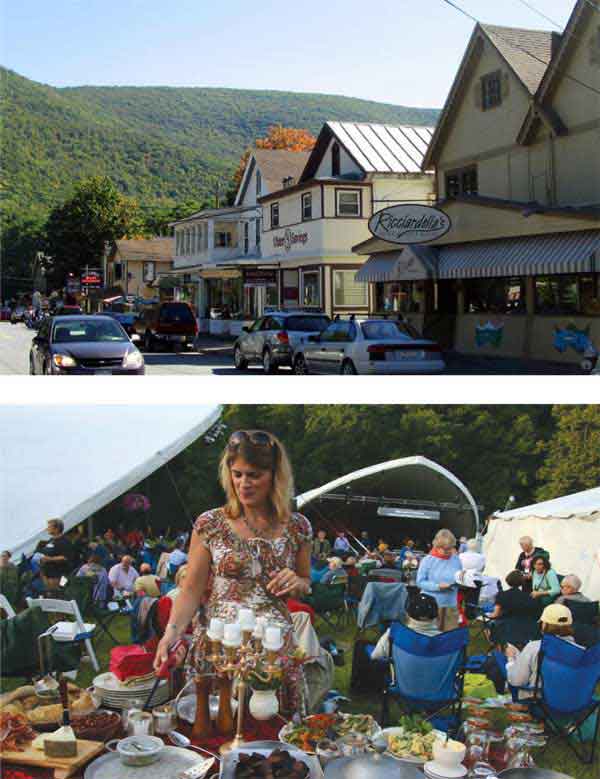 This year, the festival will mount thirty different performances spread across eight venues and countless genres. Almost everyone in town seems to be involved in some way: 189 locals serve as festival volunteers, 55 Phoenicians open their homes to host the internationally acclaimed artists who arrive from all over the world, and some of the renowned local talent usually find themselves on stage as well.

That includes both Todaro and the festival’s advertising director, Carol Urban, both of whom say that as far as the festival has come, it’s just the beginning. “There was some resistance at first,” said Urban. “But now everyone in town welcomes it massively.”

“Things are moving really fast for us,” said Todaro. “The businesses are getting it, and everyone is realizing that this has the potential to transform everyone’s lives. From all of the places in the world I’ve been, I chose Phoenicia as home. We don’t want to change it. We love it just the way it is. But we can make it more sustainable for everyone else who loves it too. Being in a watershed, there’s only two industries we can have here anyway: the arts and tourism.” 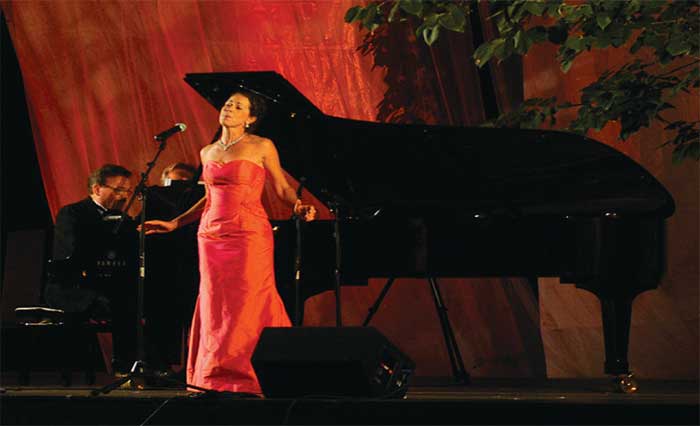 Besides the opera singers, there will be Inuit singers, gospel choirs, barbershop groups, plays, workshops, musicals, chamber singers, ventriloquists, and a rare performance on the glass armonica.

If proof is needed as to just how high the festival’s stock has risen, take a look at this year’s schedule. Performers include Frederica von Stade, Lauren Flanigan, and Kevin McMillian. They’ll be singing works by such contemporary composers as Tom Pasatieri, Peter Schickele, and Carlisle Floyd; and the composers themselves will be in attendance as well. The event, entitled American Classics—Live and in Person, is just one of the festival’s many operatic offerings. There will also be performances of Gian Carlo Menotti’s The Medium, the world premiere of an opera by Robert Manno that chronicles the last days of Dylan Thomas’ life entitled Do Not Go Gentle; and Carlisle Floyd’s operatic adaptation of John Steinbeck’s Of Mice And Men, which Todaro said is particularly emotionally stirring. “You’re going to need a bottle of wine for that one,” she laughed.

Fortunately, bringing a bottle of wine is not only allowed but encouraged at the festival's outdoor concerts. Picnics are permitted, and some patrons even bring full-banquet tables complete with candelabras. Opera may have a reputation as being somewhat elitist, but the communal, anything-goes spirit of the festival makes it the perfect setting for anyone to enjoy this misunderstood art form.

“You’re not paying $250 like at the Met,” Todaro said. “You’re paying $25, and you’re seeing many of the same performers. Don’t worry if you don’t know anything about opera. No one is going to think you’re a fool. I mean, I didn’t know anything about Inuit singers until I booked them for this year’s festival. Have you ever seen them perform?” she asks, leaning forward as her eyes grow wide. “They sing into each other’s mouths! It’s amazing.”

The festival may have gotten its start as an opera concert, but there’s plenty of variety to keep even the most opera-phobic music lovers busy for five days straight. Besides the Inuit singers, there will be gospel choirs, barbershop groups, plays, workshops, musicals, chamber singers, ventriloquists, and a rare performance on the glass armonica, a celestial-sounding instrument invented by Benjamin Franklin that consists of glass bowls on a spindle.

No specialized knowledge of music is required to enjoy anything presented at the festival, although Todaro jokes that sometimes they do have to educate both patrons and performers alike as to the particulars of Catskills living.

“People drive up from the city,” she said. “They leave their car windows open because it’s hot, and they forget that they have food in the car. Then after the show they come back to their car and they’re surprised to see a furry bear butt sticking out of the window.”

THE 2015 PHOENICIA INTERNATIONAL FESTIVAL OF THE VOICE TAKES PLACE FROM JULY 29-AUGUST 2. Visit phoeniciavoicefest.org for more information, tickets, and the full schedule.

The communal, anything-goes spirit of the festival makes it the perfect setting for anyone to enjoy this misunderstood art form.