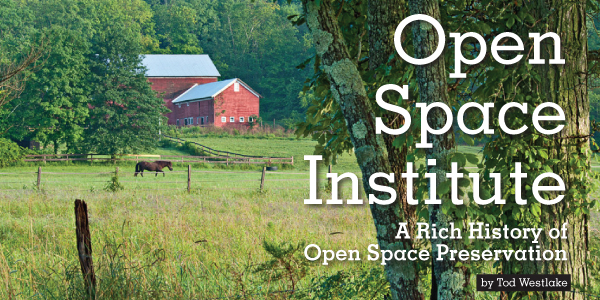 When you think of the reasons people visit the Hudson Valley, its natural beauty has to be near the top of the list. Since its “discovery” just over four centuries ago, the Valley’s landscapes and vistas have enchanted visitors to this area. The river would even inspire one of this nation’s most indelible arts movements, known as the Hudson River School of painters. These days the Valley still attracts artists and musicians, writers and poets—and, perhaps most importantly, farmers and families—who are looking to escape the stifling urban sprawl that lays just a short distance to our south.

Developers, too, have had a keen eye on this area, as they look to create the next bedroom community, or playground for the affluent, often with little regard for that which they may be despoiling. Thus the term “land and farm preservation” has entered into the lexicon of Hudson Valley residents. The concept is a simple one. Rather than “developing” a piece of property, a nonprofit organization steps in and buys it instead, thereby creating green oases that will likely remain ever so.

One of the organizations leading the charge in our area is the Open Space Institute (OSI). Originally established in 1974, OSI is a regional organization that has since managed to preserve more than 116,000 acres in New York through such direct acquisition of property, much of which is right here in the Hudson Valley. OSI also works with land trusts and donors when it comes to financing projects, over the years providing more than $80 million in loans and grants. The group also engages in extensive research in order to ensure “smart conservation,” going beyond the mere acquisition of land, in order to create what it refers to as a “balance between regulation and permanent protection.”

When you travel through the Hudson Valley, taking notice of all the natural beauty that remains unmarred by large commercial projects, you won’t have to travel very far before you encounter land that OSI helped to preserve. And there is still much to do, according to OSI Vice President and General Counsel Bob Anderberg.

“Our work is as important as ever,” Anderberg says, adding that OSI has a rather lengthy resume of achievements. “OSI has been instrumental in expanding and building the New York state parks system, we have preserved tens-of-thousands of acres of state forest land, we’ve protected several thousand acres of productive farmland, and our work goes on in good times and bad times—in hot real estate markets and in depressionary real estate markets.”

Anderberg says that one of the main focuses of OSI is to maintain and improve the quality of life in New York, a quality that some may think is slowly slipping away. And while preservation is a very high priority, OSI realizes that it’s important to strike a harmonious balance with developers.

Anderberg stresses the point that OSI is not an adversarial organization, so it has managed to work well with developers in New York. This said, the folks at OSI believe strongly that certain open spaces need to be saved.

And if you take a look at the lands on the ridge that are now preserved in perpetuity, you’ll find that OSI has been an important component in this transition. A brief survey of the work OSI has done on the ridge and its environs includes (among many others):

» Worked with the Trust for Public Land to acquire approximately 2,500 acres of the Awosting Reserve, which was subsequently transferred to New York. Eventually, these lands will become part of the Minnewaska State Park Preserve.

» The preservation of 2,500 acres of what is now known as the Bashakill Wildlife Management Area just south of Wurtsboro. Once a glacial lake, this wetland is a temporary home to many different migratory bird species, including blue herons and ospreys.

» From 1980 to 1997 OSI acquired the more than 5,700 acres of land that makes up Sam’s Point Preserve. Considered a rare and unique ecosystem made up of scrub pine, laurel shrubs, blueberry and huckleberry, Sam’s Point has been cited by the Nature Conservancy (the group that manages the land) as being one of the 75 “Last Great Places” in the Western Hemisphere.

» The preservation of the Shawangunk State Forest south of the Village of Wurtsboro. With more than 5,000 acres of forest being preserved, these lands will eventually be part of a contiguous 42-mile stretch of parkland running from the Mohonk Preserve to the Bashakill Wildlife Management Area.

» The acquisition of the Lundy Estate, a 5,400-acre parcel that will create a bridge between the Catskill State Forest and the Shawangunk Ridge. These lands also include a section of the Long Path, a 347-mile trail that meanders from the George Washington Bridge all the way to Altamont, NY, near Albany.

OSI’s work also dovetails with the burgeoning “locavore” movement. For those who may be unfamiliar with this trend, more and more people are becoming concerned by the vast distances food items must travel—thereby consuming vast amounts of fuel—before they end up on our dinner tables. Many individuals also note that the foods produced by large factory-farming concerns are frequently of an inferior quality, and that they contain pesticides and other unwelcome chemicals. Instead, families are wising-up and purchasing their produce from local farms and Community Supported Agriculture (CSA) projects—and they’re discovering that the quality of the produce is often far superior, and more wholesome, than that which can be purchased in the big supermarkets.

“We believe quality of life includes the preservation of family farms and the agrarian lifestyle,” Anderberg says. “Quality of life means access to local fresh foods, and farms that are open and working. This is all stuff that we work on.”

Anderberg also stressed that good food grown locally is something that benefits everyone in the area. Good food, and the higher quality of life it provides, is one of the reasons people find living in this area so desirable—and it’s not just people who live here, but also tourists who spend their  dollars on these food products. If the farms disappear, so will the reason many have for coming here in the first place. Thus, balance, again, is something on which OSI focuses continually.

“[Preservation] is not necessarily to the detriment of sound development,” Anberberg said. “The two really go side-by-side.” 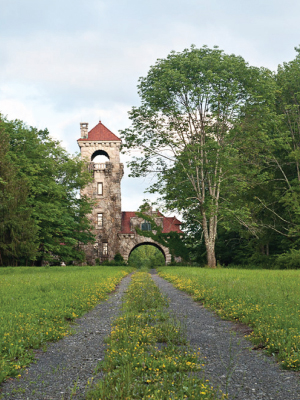 One of the projects OSI will be working on in the coming year is a parcel of land in the Town of New Paltz that once belonged to the Smiley family of Mohonk Mountain House fame. Acquired in late 2011, the project actually encompasses two parcels, the most significant being an 857-acre section that includes the old Mohonk gatehouse that can be seen from Route 299 as you leave New Paltz.

If you’re interested in learning more about what OSI does, visit osiny.org. In addition to the small sample above, you can read about the many other projects OSI has worked, and is still working, on in this area.

OSI’s website also has important information on how you can support OSI’s efforts. Making a tax-deductible contribution is certainly one way you can help. But there is also information on estate planning, for those who may wish to make a larger contribution; and information on gifts of real estate, if you happen to own land that you would like to see preserved. Land easements and stewardship grants have been a big part of OSI’s success in recent decades.

Anderberg says that OSI continues to go strong, despite the fact that the economy hasn’t been doing well in recent years, and that it’s through public support that the group is able to continue its work.