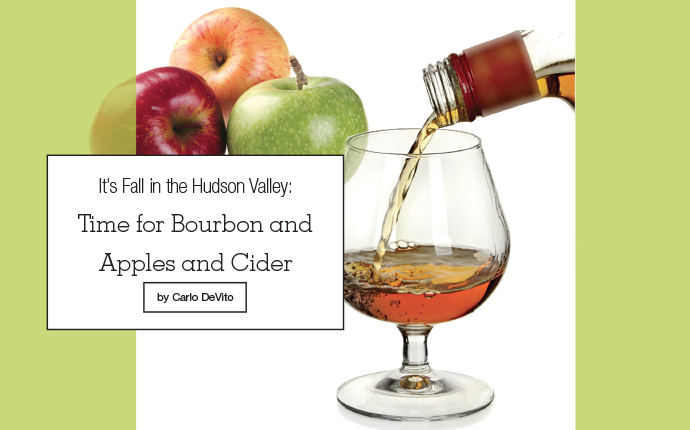 What is it about fall? Is it the crisp autumn days with clear blue skies and trees blazing with orange, yellow, and red? Or maybe the donning of sweaters, afternoons spent picking apples and pumpkins, and cooking up hearty dishes as the weather cools?

No matter, nothing goes with fall better than bourbon cocktails and apples.

So what is Bourbon?
Bourbon is a type of American whiskey—a barrel-aged distilled spirit made primarily from corn and aged two years in charred oak. Bourbon is served straight, diluted with water, over ice cubes, or mixed with soda and into cocktails, including the Manhattan, the Old Fashioned, and the Mint Julep. It is also used in cooking, especially competition barbecue.

Hard cider has a long history in the Hudson Valley dating back to Colonial times. Today, the valley is a hot bed of cider activity and one of the deepest cider regions in North America, with more than a dozen cideries from New York City to Albany. From elegant champagne styles to semi-sweet, easy drinking ciders and cutting edge recipes, the valley offers more variety and depth than any other region.

How about some real baked apples made with bourbon for good measure? Bourbon-baked apples are a great dessert to share with friends and family.

In a small bowl, combine the dried fruit, honey, nuts, and ¼ teaspoon each of the cinnamon, nutmeg, and ginger. Position the apples in the bottom of the slow cooker, bottoms down, and carefully spoon the fruit/nut combo into the openings.

Melt the additional tablespoon of coconut oil in a small skillet over low heat, add the remaining ¼ teaspoons of the spices, and stir and warm the spices. Pour the oil and spice mixture over the fruits. Pour the apple cider and bourbon into the slow cooker along the side so it goes to the bottom.

Cover and cook 3 to 4 hours on low or 2 to 3 hours on high or until fruit is tender. Serve warm or at room temperature. Also, a nice scoop of vanilla ice cream is the perfect garnish. Makes 4 to 8 servings.

And there’s no better time to mix bourbon and apples than in the fall to ward of the crisp air of the autumn. Here are a few cocktail recipes to make fall even more palatable.

Cut the apple in quarters, and stud with the whole cloves. Combine the studded apple parts and all ingredients except the bourbon in a medium-sized sauce pan. Over low heat, bring the ingredients to a simmer. Let simmer for 10 minutes. Remove from the heat. Take out apples and discard. Now add the bourbon. Serve in mugs. 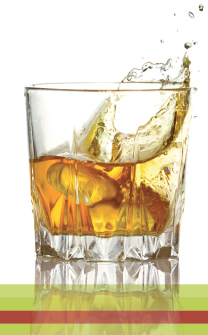 Add bourbon and sugar and bitters to glass, and stir until dissolved. Then add cider. Add garnish.

In a champagne glass, pour the cider first, and then add the stout. 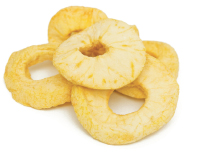 Core your apple from the top, and then slice the apple going sideways, making a donut-shaped apple ring. Put a thin slice from the center to the side, so that you can position it on the glass. Dried apple slices are easy to find in many stores and also add a great fall feeling to any drink! They also are great to munch on!

Tuthilltown Hudson Baby Bourbon is the veritable granddad of Hudson Valley bourbons. Ralph Erenzo and his team broke the hold Kentucky and Tennessee seemed to have on this famous brown spirit when they launched their first elixir, Hudson Baby Bourbon. Hudson Baby Bourbon remains the first bourbon whiskey to be distilled in New York. This single grain bourbon is made from 100% New York corn and aged in small American oak barrels.

The black dirt in Warwick Black Dirt Bourbon refers to the region in the southern part of the Hudson Valley that borders New Jersey where the loamy soil is actually black and known for growing onions and corn. Warwick uses corn grown locally in that famous black dirt to make 80% of the mash. Aged three years in charred oak barrels, it’s smooth and easy to drink.

Hillrock Estate Solera Bourbon is raising lots of eyebrows. Hillrock is the first U.S. distillery since before Prohibition to floor malt and handcraft whiskey using grain and corn grown right there on site. That makes them one of the first and few “field-to-glass” whiskey producers in the world.

Another delicious bourbon is Catskill Distilling Company’s Most Righteous Bourbon made by Monte Sachs, the master distiller at Catskill Distilling. He’s passionate about two things—chemistry and distilling. And he believes that local ingredients make the difference in quality and taste. This is a big, warm, brown bottle of just gorgeous bourbon.

Albany Distilling Ironweed Bourbon Whiskey is made by owners John Curtin and Matthew Jager who are proud to be a part of New York State’s rich heritage of spirit production. Made exclusively from whole grain, water, and yeast, Ironweed acquires its rich color and much of its distinctive flavor from time spent aging in oak.

Millbrook Distillery is located in Stanfordville, whose mascot, interestingly, is a hound. Foxhounds, whose music is dear to foxhunters, were used during Prohibition to warn the owners of stills about strangers who had the unmistakable odor of a federal official. Dutchess Private Reserve has a lovely coppery color to it like an amber maple syrup.