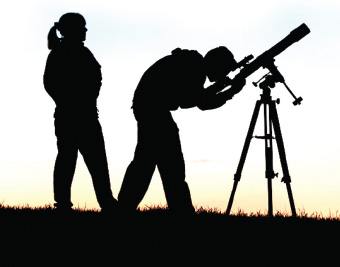 The Draconid Meteor Shower peaks on October 8. This normally quiet shower sometimes produces spectacular bursts of meteors, up to hundreds per minute—but this year, 2011, a full moon will wash out the night sky so, alas, only the brightest of whatever meteors fall will be visible. Still, it can be fun to spot shooting stars, no matter the moon. Look high in the northwest after dark.

The Orionid Meter Shower peaks on October 21. The moon is not full but you’ll need to wait until the wee hours to catch an Orionid meteor; best viewing is after midnight but especially in the pre-dawn darkness. The radiant (the point from which all the meteors appear to come) is just outside the elbow of Orion’s raised arm. Wrap up with a warm blanket, lie back, and enjoy the show. Look to the southeast. No telescope or binoculars necessary.

The Leonid Meteor Shower peaks on November 17. Again, the moon is present, washing out the sky more than we might like, but the Leonids have often produced truly spectacular showers, with thousands of meteors raining down per hour. You never know. Again, you’ll have to wait until the small hours, after midnight and, for best results, right before dawn to see the most action. Look south for Leo’s famous backwards sickle shape, which marks the lion’s head and encloses the shower’s radiant.

The Hudson Valley’s dark, rural skies are terrific for stargazing. At this time of year, the Milky Way is clearly visible—a river of stars and gently glowing clouds flowing across the sky. Grab a blanket and head out to any dark field with a small telescope, a pair of binoculars, or even just your eyes. All the following constellations and targets are easily observable with modest equipment.

To make the most of the descriptions below, you’ll need access to a star map. If you don’t have one, monthly magazines like Astronomy (astronomy.com) and Sky & Telescope (skyandtelescope.com) publish highly usable charts and maps to get you started. Alternatively, you can go straight to the Internet, at either of the above sites, and easily generate an accurate sky chart for your location tonight. 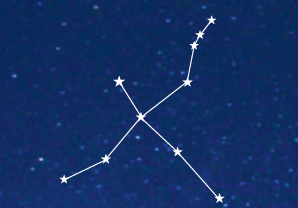 The two Veil nebulas, East (NGC 6992) and West (NGC 6960), make up the visible part of a large and faint supernova remnant that arcs through Cygnus—the remains of a star that exploded about 8,000 years ago, leaving a vast cloud of oxygen, sulfur, and hydrogen in its wake.

Close to Deneb (the brightest star in Cygnus and one of the 20 brightest stars in the night sky) lies the North America Nebula (NGC 7000), so called because it resembles the North American continent, including the Gulf of Mexico. Though tricky to see, even under the Hudson Valley’s dark skies, this is an active star-forming region, packed with nascent solar systems. 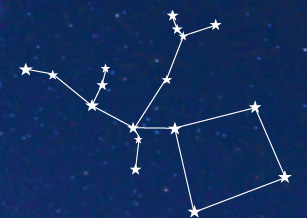 Visible with the naked eye, the globular cluster, M15, is even better with binoculars or a small telescope, either of which will bring out detail in the cluster’s superdense core. Globular clusters are vast, densely packed balls of stars—imagine a solar system made up of thousands or millions of suns—and M15 is one of the oldest known, dating to 13 billion years old.

Ever wondered what our own galaxy would look like from 40 million light-years away? Well, now you can see it with your own eyes. NGC 7331 is very similar in size and structure to the Milky Way. You’ll need a telescope and a dark sky (no moon or city glow) to see our twin galaxy’s spiral arms. 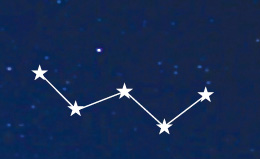 With its distinctive W-shape, Cassiopeia is one of the easiest constellations to spot, and a lovely area to scan slowly with binoculars.

The Owl Cluster (NGC 457) is a small, pretty cluster that, through binoculars or a telescope, indeed looks like an owl with two bright glowing eyes—or even E.T. with his glowing fingertip.

To the south of Cassiopeia is a faint, elongated smudge, just visible to the naked eye: the Andromeda Galaxy—at two million light-years, it’s the farthest thing the naked human eye can see.

A GUIDE TO HUDSON VALLEY butterflies

BIRDING in the Hudson Valley