Tammy Boylan, the fourth-generation owner of Wright’s Farm, strives to keep alive a family business tradition started by her great-grandfather Charles B. Wright when he bought the property in 1904.

At the same time, Boylan must cope with the changes in the once-agrarian society of the Mid-Hudson Valley and accentuate the strengths of her enterprise. It is a constant challenge to stay viable in an era when neighboring farmers are forced to cave in to cruel economic realities. 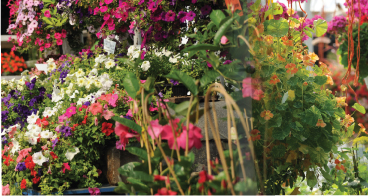 It was a circuitous journey that brought Boylan back to her roots. From age four until 12, she lived in Mexico City with her mother. During the summer, she would return to the family farm to spend time with her father and sell homegrown produce and baked goods at the farm stand. A quarter-century ago, Boylan interrupted a college education in Austin, Texas to move back to Gardiner full-time to help run the 400-acre farm.

“I guess you could say I have always been working on the farm,” she said. “As a child helping, as a teenager working, and now as the owner of Wright’s Farm.”

Wright’s Farm grows several varieties of apples, peaches, nectarines, plums, cherries, tomatoes, string beans, peas, winter squash, summer squash, gourds, raspberries, blackberries, strawberries and blueberries, all sold directly to the public. Annual and perennial flowers are sold at the farm stand from April through November. In the autumn, tourists flock here to pick their own apples and cherries. But the lion’s share of the harvest is sold to supermarkets all over the country.

“This is our main business,” Boylan said. “Growing, storing, packing and shipping. The workload is divided evenly: Boylan and her daughters grow the seeds and her husband and son plant and harvest the bounty.

Boylan introduced a new family tradition when she took the helm: baked goods. She convinced her grandmother to start making sour cherry pies and jam for the farm stand. The reaction was so positive, Boylan kept building the inventory, which now features 10 different flavors of pies, including Blueberry Crumb, Peach-Raspberry, Pecan, Pumpkin, Strawberry-Rhubarb, Sam's Sour Cherry, and Triple Berry. In addition, Wright’s offers more than 20 flavors of jams. Each year, new flavors are introduced, utilizing homegrown fruits or produce purchased from neighboring farms.

“Grandma has since passed away,” Boylan said, “but we do hand-decorate the pie boxes in her honor.” 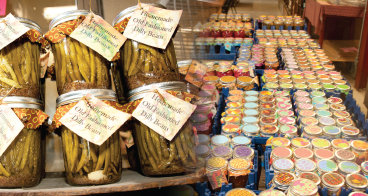 The farm stand offerings are rounded out by a variety of breads, from the traditional banana nut to the exotic zucchini-nasturtium, as well as seasonal staples such as cider doughnuts and autumn innovations like pumpkin brownies.

To maintain the family’s livelihood, Boylan said, people must be educated about the importance of buying local. She preaches the ecological and economic value of locavore purchases at the farm stand at the Kingston Farmers’ Market, as well as at nine other markets throughout the region.

“This has been a great way to meet and inform a whole new customer base,” said Boylan. “People are eager to learn about how their food is grown and to feel a connection with the farmer.”

“Farming is always a struggle. Weather plays a major role and can devastate a farm in one minute.” This year, like neighboring farmers, Wright’s lost half of their apple crop to inhospitable climate conditions.

While setbacks can be maddeningly unpredictable, Tammy Boylan strives to grow her business with a simple and dependable philosophy.

The Works of Wendy Drolma