How Jack Got His Name 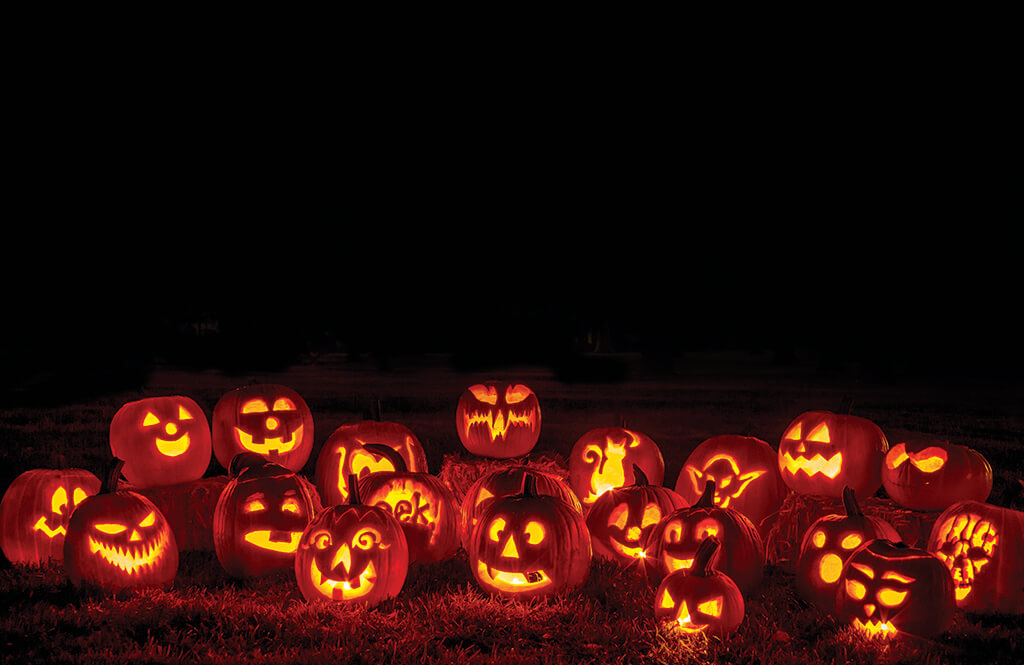 As the days of autumn shorten and the air begins to nip toward the end of October, cheery orange gourds take center stage at our local farm stands and u-pick fields and pop up on many a local porch. Parents teach their children the craft they learned as children themselves: draw the face on the pumpkin’s skin, cut a handy lid from the top (who doesn’t remember the thrill of finally being big enough to hold the knife?) and scoop out the slippery innards before finally carving that face—be it a toothy grin or a menacing scowl—and adding a tea-light inside for full effect.

Why do we do this?
Well, it’s fun. But it’s certainly not the most logical thing in the world to do with a pumpkin. The American continent has grown pumpkins for thousands of years, and people sensibly used them as a food source. The fruit is low in calories and rich in vitamin A and antioxidants, not to mention versatile, lending itself to soups, pies, cakes, and pancakes, as well as being delicious roasted. (There is also pumpkin spice, a controversy which we decidedly are not going to touch.) But spooky lanterns? OK, the Maoris did start using gourds for lighting around 700 years ago. Still, faces?. The answers lie in Ireland where, legend has it, a layabout thief named Stingy Jack thought he could outwit the Devil. Now, the Devil could change shapes, so after he and Jack had a drink together, Jack prevailed upon him to transform into a coin to pay the pub tab. Once he had the coin in hand, Stingy Jack popped it into his pocket next to a silver cross, keeping the Devil in coin form until he had his strategy ready: In return for his freedom, the Devil would have to promise not to take Jack’s soul.

The following year, Jack thought he’d bested the Devil again. “Look at that yummy fruit,” said Jack. “I bet you could climb up there and get it for us in two shakes.” Up went the Devil, whereupon Jack implemented this year’s plan: he carved a cross into the tree and wouldn’t let the Devil come back down till he’d promised to leave Jack be, treacherous thieving habits and all, for ten years. 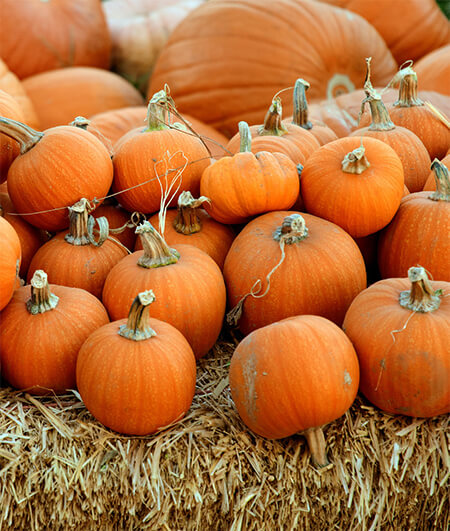 Pumpkins make dandy Jack-o-lanterns, whether you’re lighting your porch for the wandering candy-gatherers of Hallowe’en (Samhain, in Celtic history) or warding off the spirits from Purgatory.

But apparently Jack must have annoyed someone besides the Devil along the way, because—plot twist!—God wouldn’t let him into Heaven, and he’d already gotten himself banned from Hell (No word on the pub where he pulled the original scam). Thus was Stingy Jack sentenced to roam the Irish moors forevermore, carrying a burning coal inside a carved-out turnip as his light, becoming Jack-o’the-Lantern.

If you have never seen what a carved-out turnip looks like with a light inside, rest assured they are 1,000 times more horrific than our modern pumpkin versions, with a decidedly zombie-esque flair. Pumpkins are also far easier to hollow out and carve, of course, so some of the results may relate to the carver’s mood by the time they were done hacking at that turnip. Be that as it may, it was a pumpkin Jack-o-lantern that Washington Irving imagined his Headless Horseman hurling at Ichabod Crane in 1820.

Stingy Jack may still be out there somewhere. He may have immigrated here for a larger landscape to wander. Better safe than sorry—and there’s nothing quite like the festive glow his namesake will bring to your seasonal decor.

Pumpkins make dandy Jack-o-lanterns, whether you’re lighting your porch for the wandering candy-gatherers of Hallowe’en (Samhain, in Celtic history) or warding off the spirits from Purgatory. (And you can dry and toast the seeds into an amazing snack.)

The designs carved into them every year are limited only by the imagination of the carvers. For a truly impressive array, we recommend a Hallowe’en visit to The Bakery in New Paltz, where the Night of 100 Pumpkins carving contest has been a beloved tradition since 1990. And after all, you never know: Stingy Jack may still be out there somewhere. He may have immigrated here for a larger landscape to wander. Better safe than sorry—and there’s nothing quite like the festive glow his namesake will bring to your seasonal decor.

You can eat the seeds from any pumpkin variety. Some seeds are quite large, and others are very small. Some have really thick hulls. There are some varieties, however, that are especially good for toasted pumpkin seeds. Kakai seeds are completely hull-less. How cool is that?!

1. Rinse pumpkin seeds under cold water and pick out the pulp and strings. (This is easiest just after you’ve removed the seeds from the pumpkin, before the pulp has dried.)

2. Place the pumpkin seeds in a single layer on an oiled baking sheet, stirring to coat. If you prefer, omit the oil and coat with nonstick cooking spray.

3. Sprinkle with salt and bake at 325˚ F until toasted, about 25 minutes, checking and stirring after 10 minutes.

4. Let cool and store in an air-tight container. 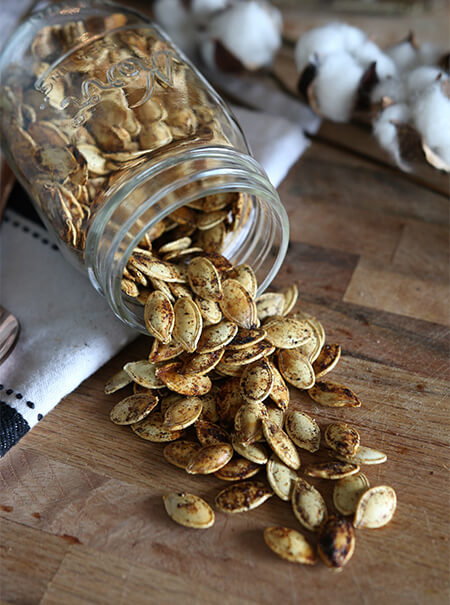 How To Make Local Berry Sorbet