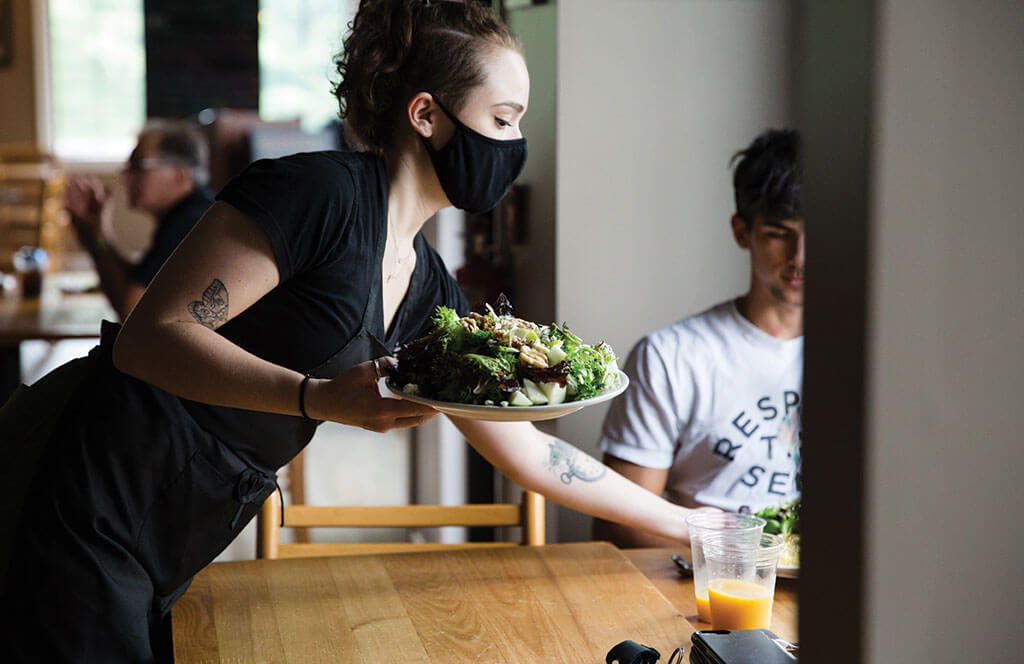 A place to sit down with a good cup of coffee and the paper is always good news in a small town, of course, but when the owner is sourcing local, it’s cause for outright rejoicing. 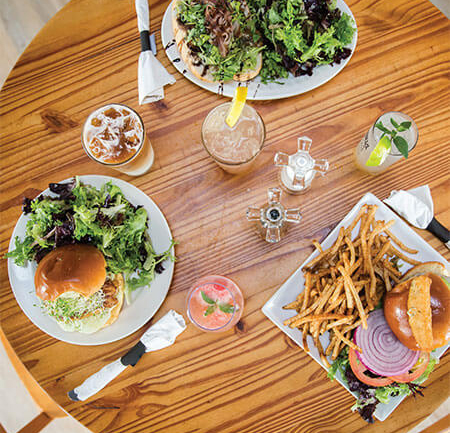 Cafe Mio owner Michael Bernardo is the first to admit that he’s led something of a charmed life. The Reading, Pennsylvania native came to the Hudson Valley to attend the Culinary Institute of America in Hyde Park, met a beautiful woman from Wallkill named Amanda in a restaurant, and by the time he graduated in 2002 was working with celebrated “father of New American cuisine” John Novi at the Depuy Canal House in High Falls.

Of course, it helped that he’d learned to love food and cooking at an early age. “My parents catered and my aunt had an Italian restaurant, and I remember being in the kitchen from the age of five, getting in the way, making messes,” he says. “It’s a big Italian family. Everyone cooks. My mom taught me a lot, she was gifted—they had a chocolate business too.

When I was 12 or 13, I started washing dishes at my aunt’s restaurant. Why it didn’t scare me I don’t know, the way I got hazed that first week. Thankfully, the kitchen I grew up in in the 80s and 90s isn’t the kitchen of today.”

Cafe Mio’s farm-fresh breakfasts have drawn regulars from all around the region who come in for sandwiches, veggie tofu scrambles, and the classic Mio Breakfast (two eggs, bacon, roast potatoes, greens, and toast).

Michael loved working with food enough to tolerate the old-school vibe where line cooks smoked into the exhaust fan and harassment was just the way things were. Taking a year to work after high school, he decided he needed to take his passion to the next level. “My dad helped me decide,” he says. “I felt like, well, if I’m going to get serious now’s the time to do it. I looked at four-year programs, but I was 21 and didn’t want to wait until I was 25 to get into the professional mix, so the CIA’s 21-month culinary intensive was ideal.”

After five years at the storied Canal House (Michael and John Novi still collaborate on annual dinners for the Rondout Valley Growers Association), he went on to reopen and revive the Emerson in Mount Tremper, then to open Oriole 9 in Woodstock with Pierre-Luc Moeys. “I was definitely working with the right people at the right moments, and it’s been wonderful,” he says.

In 2009, Michael decided to spread his wings and fly solo. “I wanted to see if I could do it as the only one,” he says. “Be the one doing the books and the hiring and firing, make it all work. Pierre-Luc was looking for a second location for Oriole 9; at first we were gonna do it together, but I told him this was too little for two. And he had two other restaurants going. I said, hey, it’s gonna be yours even if it’s ours.… It was time. I knew I could handle it. I cooked and washed dishes for the first two years myself.” The central hamlet of Gardiner welcomed Cafe Mio with open arms and eager taste buds. A new place to sit down with a good cup of coffee and the paper is always good news in a small town, of course, but when the owner is sourcing local, it’s cause for outright rejoicing. Not to mention, the quality and flavors of the food— Michael can cook, and from the beginning, his focus has been to provide simple, clean, local deliciousness.

“I wanted to showcase the beautiful farms around here and not overcomplicate, not cover things with a 27-ingredient sauce, not a million spices. Just let the amazing ingredients taste like what they are.” –Michael Bernardo, owner 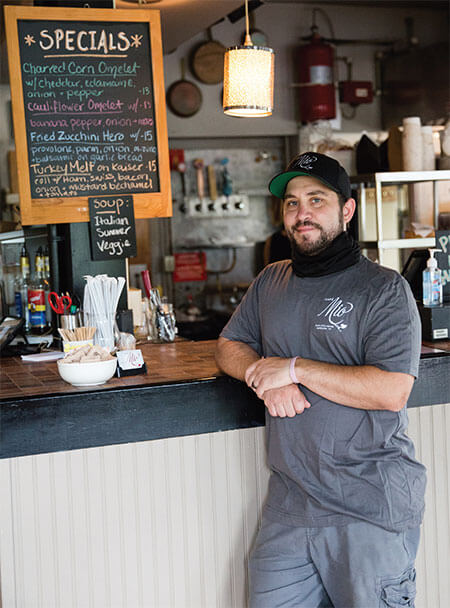 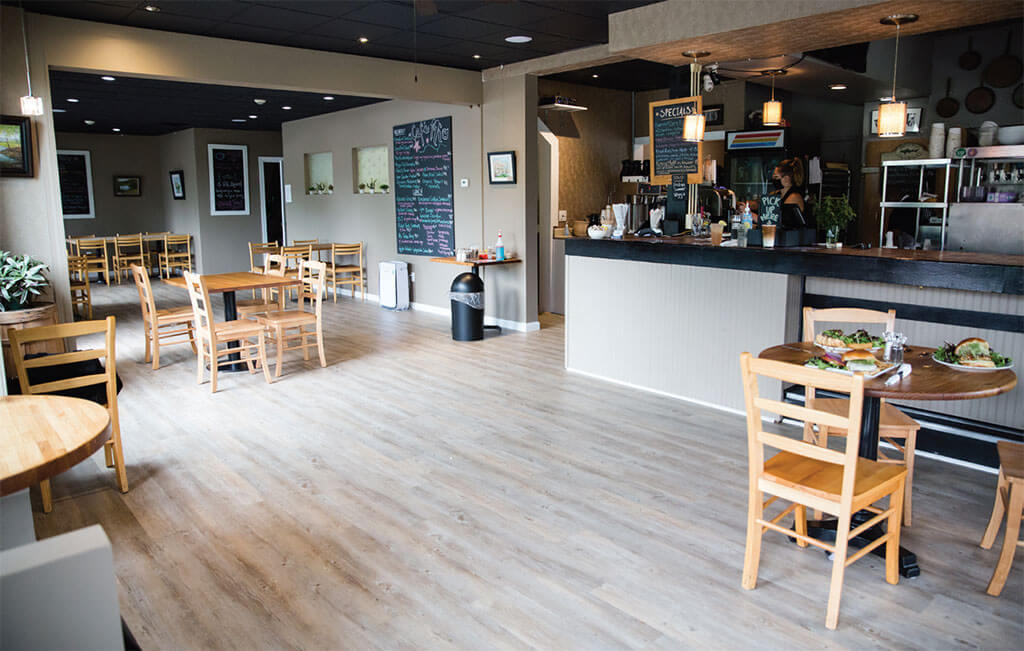 “I wanted to showcase the beautiful farms around here and not over complicate, not cover things with a 27-ingredient sauce, not a million spices. Just let the amazing ingredients taste like what they are.” Simple, in capable hands, is far from boring, and Cafe Mio’s farmfresh breakfasts soon drew regulars from all around the region who come in for sandwiches, veggie tofu scrambles, and the classic Mio Breakfast (two eggs, bacon, roast potatoes, greens, and toast).

Shutting down in March was a shock, of course. “I have the most awesome and super-supportive customers anywhere,” Michael says. “They got us through this.” In return, he worked long and hard creating the addition: 1,000 square feet of bright new dining room space. “Meadowscent Flowers—she’s my neighbor and my landlord—wanted to downsize a little, so she moved one space over and offered me the chance to double my dining area.

“We added a huge new accessible bathroom and were able to make the tables very comfortably spaced out, perfect for right now. Everything is clean and fresh. I did 95% of the renovation— carpentry, plumbing. I learned repairs as part of my overall on-thejob training, you know? I’m pretty handy. If I see something done I can do it and, if not, I watch You- Tube.” 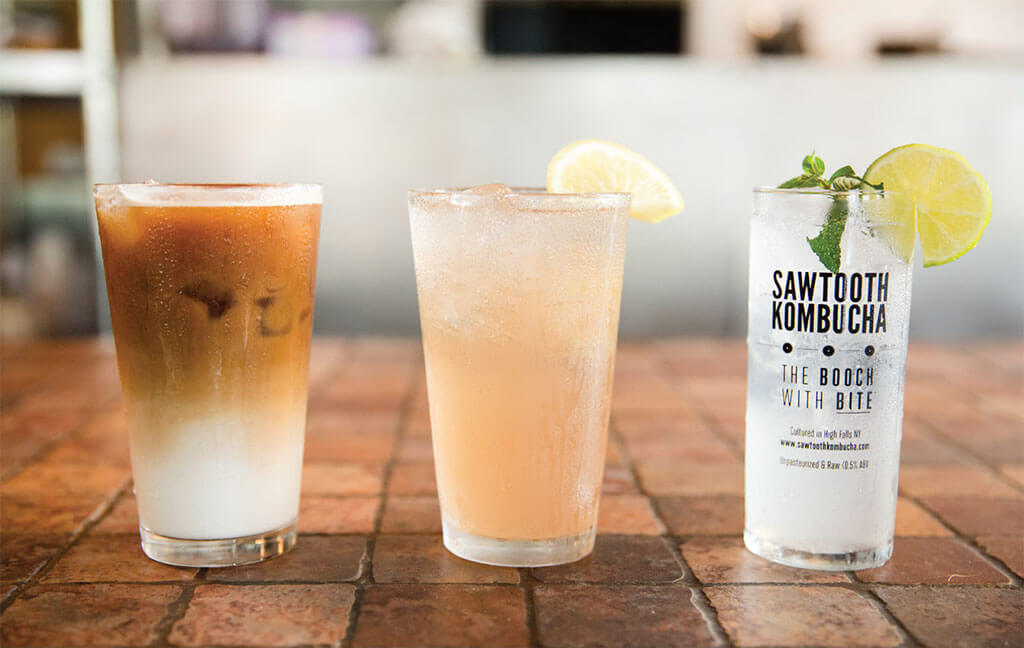 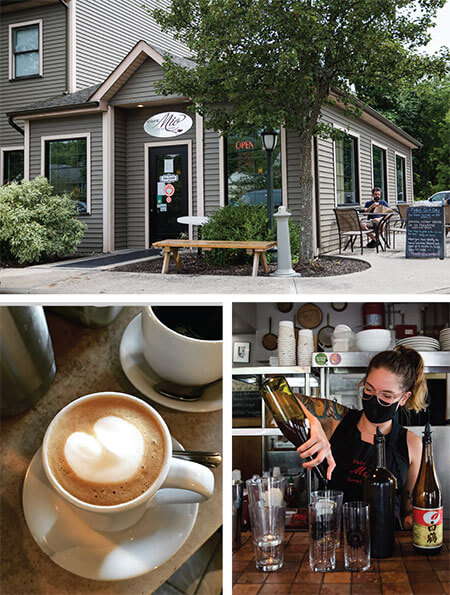 Customers getting a first look at the expanded Cafe Mio last July rejoiced on Facebook, delighted not just by the excellence of the breakfasts and the new roomy look but by the reunion with Michael and his crew. “Everybody came back,” says Michael happily. “People were just super happy to be there. My waitstaff is the greatest. They know everybody’s name, and everybody missed each other.” His reopening menu, he says, is “on the simple side, just our 20 most popular things at first, but people don’t seem to mind.”

In spite of months of uncertainty, Michael’s determined to continue living the dream: presiding over a kitchen where food and humans are handled with tender loving care, while also savoring time with Amanda, now a massage therapist, and their eight-year-old daughter and two-year-old son. “We’re homebodies,” he says. “We just chill, ride bikes, garden, do arts and crafts. I love it so much. “It’s been a scary time for restaurants, a scary time for everyone, in fact. I feel so incredibly lucky to have been able to expand. I can feed the same number of people, so Cafe Mio should be just fine.”