One hundred varieties of apples are grown commercially in the US. Here’s a bite out of seven Hudson Valley favorites. 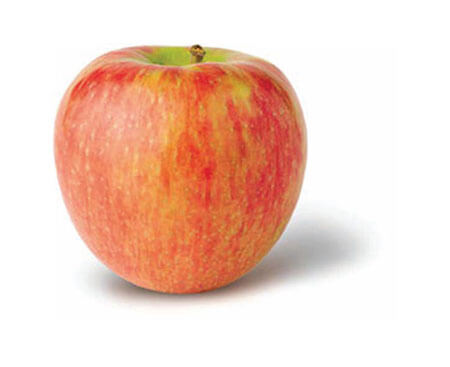 Sometimes the name of an apple says it all. Honeycrisp apples are honey sweet (with a touch of tart) and amazingly crisp, some say “explosively crisp.” 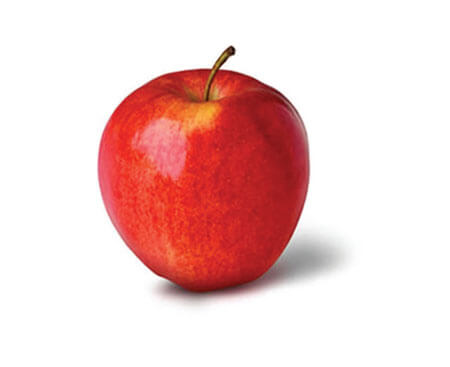 The Gala is a new variety of apple made for kids and developed in New Zealand. It’s got the mild flavor that “picky eaters” prefer and a striking bright red-yellow color that attracts the eye!

Eating: Alone and in salads 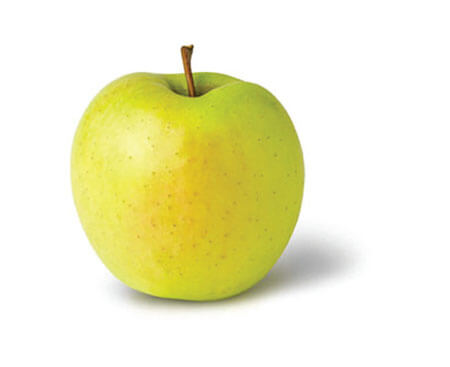 Some people think that Golden Delicious is simply the yellow cousin of the popular Red Delicious apple. They’re actually just related in name only. This honey sweet apple is a special treat all on its own. 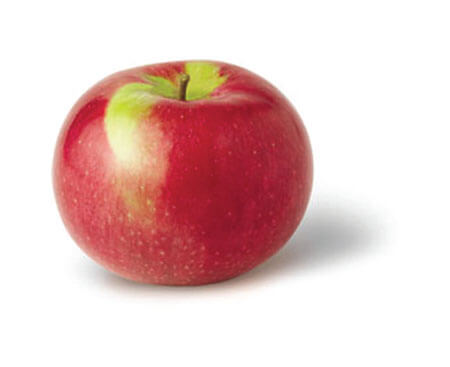 • An apple tree will start bearing fruit 8 to 10 years after it is planted. A dwarf tree starts bearing in 3 to 6 years.

• It takes about 36 apples to create one gallon of apple cider. Two pounds of apples make one nine-inch pie. 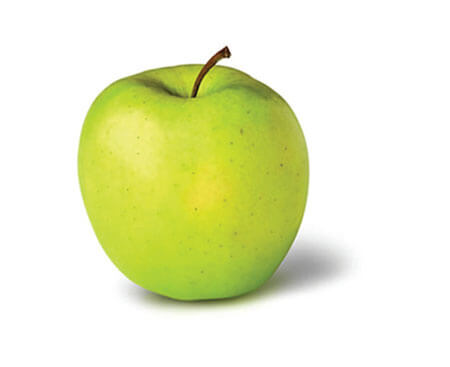 Bite into a Crispin for a great crunch and mouthful of sweet juice. It’s one of the most satisfying snacks around! 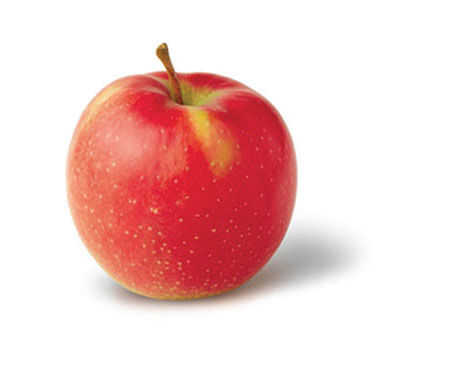 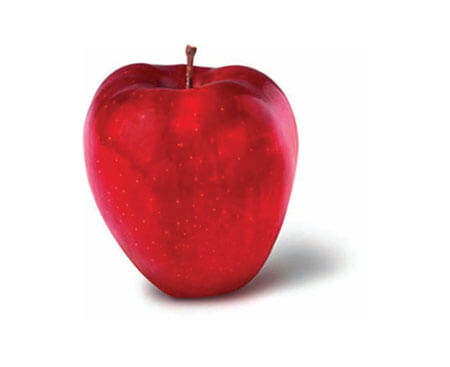 The story goes that in 1868, Iowan apple grower Jesse Hiatt discovered a seedling so strong, it kept coming back after he killed it. It went on to become the most widely known apple in the world.

Eating: Alone and in salads

• Apples are the second most valuable fruit in the United States. Oranges are first.

• Apples ripen or soften ten times faster at room temperature than if they are refrigerated.

• Archeologists have found evidence that humans have been enjoying apples since 6,500 BC. 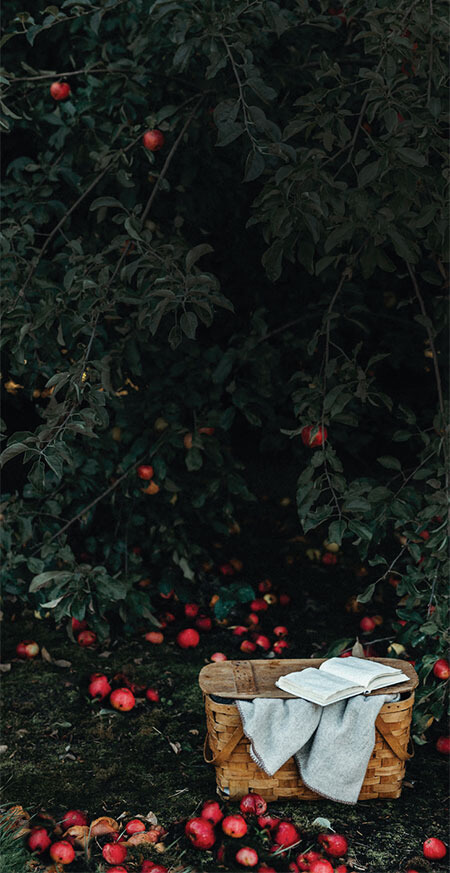 Where to get your apples locally 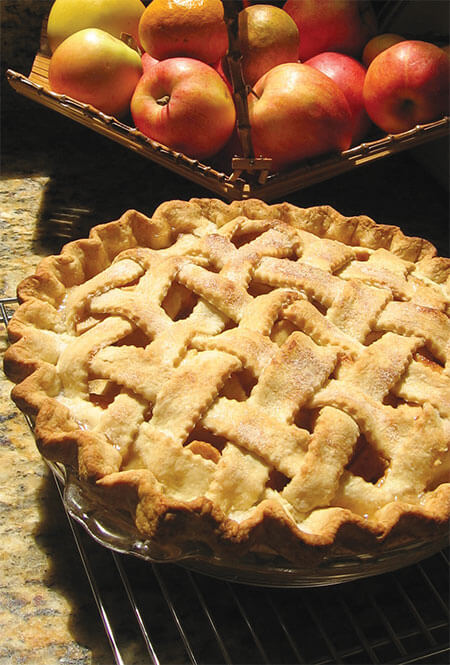 1. In a large mixing bowl toss apples with lemon juice. Combine sugar, flour, cinnamon, nutmeg, and cloves. Add to apples and toss until apples are coated. Set apple mixture aside.

2. Prepare Pastry for Double-Crust Pie. Divide dough in half. Form each half into a ball. On a lightly floured surface, roll out 1 ball of dough into a 12-inch circle. Ease pastry into a 9-inch pie plate.

3. Transfer apple mixture to pastry-lined pie plate. Dot with butter or margarine. Trim pastry even with pie plate. For top crust, roll out the second piece of dough. Cut dough into 1/2-inch wide strips. Lay half of the strips on the filling in one direction, and weave the other half in the other direction. Trim the strips even with the edge of the bottom of the crust. Flute the edges.

4. To prevent overbrowning, cover the edge of the pie with foil. Bake in a 375˚ F oven for 25 minutes. Remove foil; bake for 20 to 25 minutes more or until the top is golden brown and apples are tender. Serve warm or cool. Makes 6 to 8 servings. 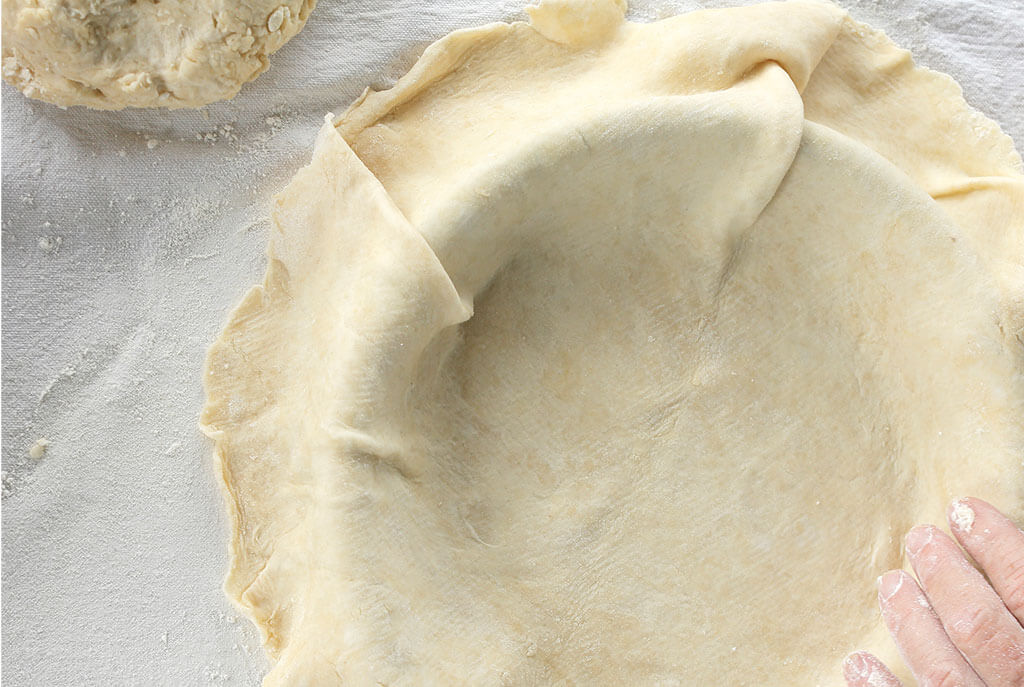 • Invest in a pastry cloth and rolling pin stocking.

• Handle the flour mixture “lightly” throughout the process.

• Be careful not to over stir the flour/butter mixture as you add the ice water.

• Chilling the dough for several hours will make it easier to roll.

• Be careful not to add too much flour to the dough as you roll it out.

• When rolling the dough, roll from the center all around the “clock;” do not roll back and forth, that stretches the dough.

• Never re-roll a crust; rather, patch the tears with more dough and/or cold water.

• The dough is easier to handle if it is slightly wet rather than slightly dry.

• Don’t over fill the pie—this will stretch the top crust which will fall or rise up high while the fruit sinks to the bottom.

• Bake your pie in a hot, preheated oven. Your pie is done when the fruit is juicing and the crust is nicely browned.

• Place your pie in the lower half of your hot oven, so the bottom crust can bake before the fruit starts to juice.