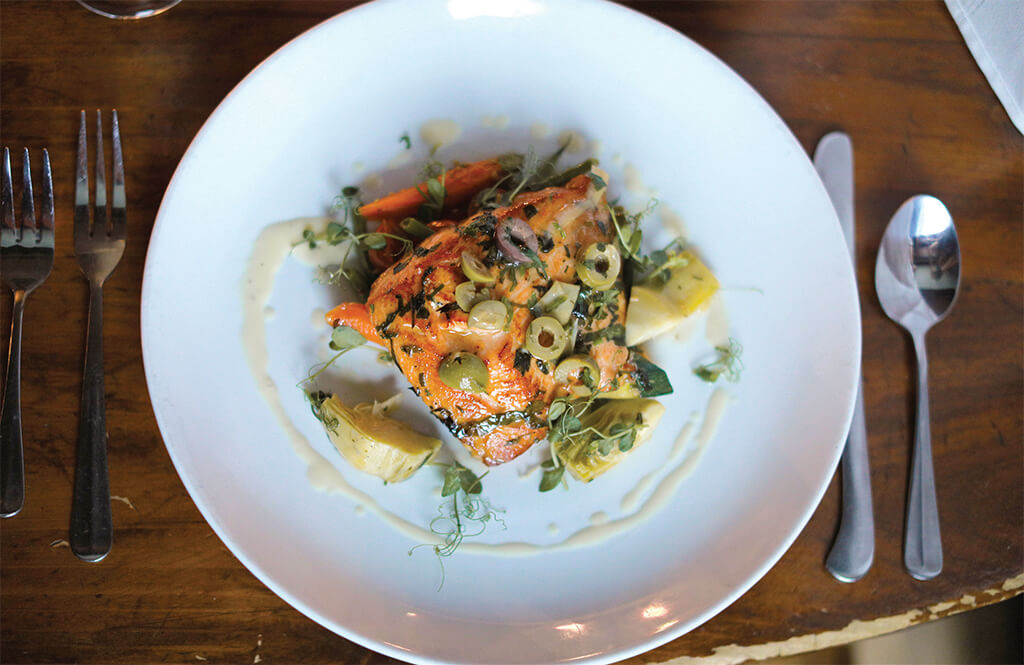 If there’s one pub in the Hudson Valley that needs no introduction, it’s The Tavern at The Beekman Arms. First serving in 1766, it was an addition to the even older Traphagen Tavern, established at the crossroads in 1704, when Rhinebeck was Ryn Beck and the intersection was that of the King’s Highway and the Sebasco Trail. Ten years before the Revolutionary War, prominent landowner Judge Henry Beekman added what was then called the Bogardus Inn, and its reliable hospitality and sturdy construction made it a popular refuge, probably from opening day onward but most certainly during the revolution. The Fourth Regiment of the Continental

This lack of pretention—the refusal to put on airs—is a vital ingredient in the recipe that’s kept the oldest continuously running hotel in America going strong.

Army trained on the lawn; Kingstonians took refuge here when their city was set aflame by the British; and George Washington, Philip Schuyler, Benedict Arnold, and Alexander Hamilton were wartime regulars. It’s a safe bet that by the time there was a nation, the Bogardus had a national reputation. Aaron Burr’s famous duel with Alexander Hamilton began with arguments at the Bogardus Tavern, fallout from the intense 1804 governor’s race.

During the century that followed, Rhinebeck was taking its place as the Parlor of Dutchess County thanks to its lovely shaded streets, elegant homes, and welcoming spirit. The Beekman Arms was town hall, post office, theatre, and newspaper headquarters, hosting luminaries William Jennings Bryan and Horace Greeley.

If you’re local, or bunking elsewhere, you can get a heaping dose of this historic authenticity with a lunch, dinner, or Sunday brunch at the Tavern.

And so it has gone, through renovations (the ballroom was added in 1918) and generations of boldface names alighting from coaches, then rail carriages, and finally limousines. Franklin Delano Roosevelt was a regular. The list of renowned guests from the worlds of politics, entertainment, sports, and media is lengthy, as is the list of kudos from the likes of Harper’s Bazaar, Town & Country, Glamour, and House Beautiful.

Through it all, the Beekman Arms Inn has remained its charming and hospitable self. Lunching locals and travelers are as welcome as Roosevelts and Astors. This lack of pretention—the refusal to put on airs—is a vital ingredient in the recipe that’s kept the oldest continuously running hotel in America going strong. (The Delamater Inn, with fifty elegant guest rooms, was added in 1844.) 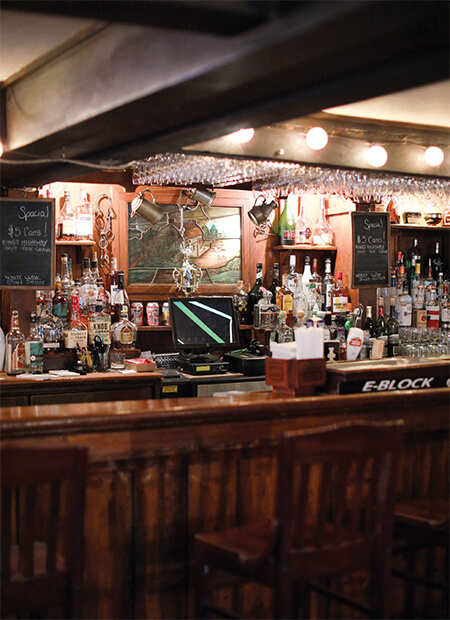 Through it all, the Beekman Arms Inn has remained its charming and hospitable self. Lunching locals and travelers are as welcome as Roosevelts and Astors.

This place has a gift for adopting the best new ideas without abandoning its gracious past. You can book an in-room massage or oxygen infusion facial, hook up to the phone’s data port and sip a glass of wine from your personal decanter beside your in-room stone fireplace. If you’re local, or bunking elsewhere, you can get a heaping dose of this historic authenticity with a lunch, dinner, or Sunday brunch at the Tavern. The Colonial Tap Room, with its exposed beams and stone fireplace, pours craft beverage and creative cocktails from its antique bar.

The kitchen relies heavily on fresh local ingredients from a list of nine local farms and the Bread Alone Bakery. Come to think of it, Washington, Hamilton, and Burr were undoubtedly served local ingredients as well. Menu items like escargot, prime rib, and Dutch pot pie made with farm-fresh turkey and root veggies were probably sighed over by happy diners in 1826, although there may have been less baby arugula readily available. Heirloom dishes, polished through generations of culinary refinement, add to the subtle yet pervasive aura of history you’ll feel.

This fall, you’re invited to come for an enthralling experience on Friday nights: Ghost Stories In The Basement. Your tour will lead down into the oldest heart of the ancient Inn, where you’ll sit beside a roaring fire hearing the lore of this magical place, of countless lives and the restless spirits. (No place could last this long without acquiring a few ghosts in the process.)

Come join in the genteel, high-spirited life at the very heart of the Hudson Valley, the parlor’s living room, capable of welcoming the likes of Gore Vidal, Lauren Bacall, Frank Sinatra, Yoko Ono, and you.

It’s the perfect culinary compliment to a day of exploring the beauty of Rhinebeck and Dutchess County, and, like the early democracy hammered out in the Bogardus over roast and ale, it’s there for all of us, part of the glorious heritage of the Hudson Valley. 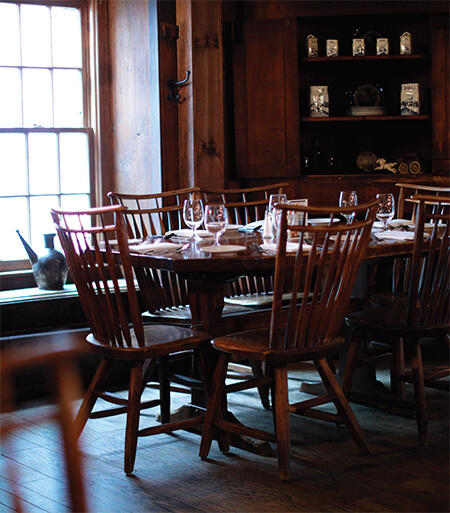