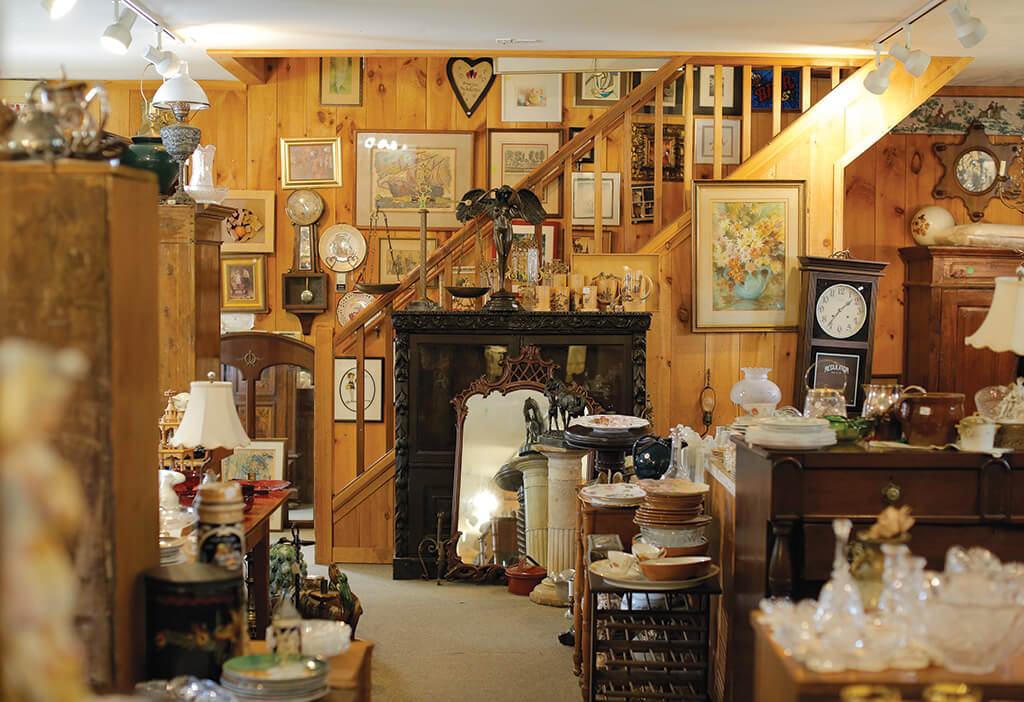 Hyde Park is genuinely old-school Hudson Valley, so rich in long-established assets and attractions that it has no need to brag or gentrify. It was home to Franklin and Eleanor Roosevelt, a stomping grounds for Frederick William Vanderbilt, and is currently home to the Culinary Institute and its array of restaurants. And, as locals have known for generations, one of Hyde Park’s other main attractions is next-level thrifting, and the The Village Antique Center on Route 9 is one of its crowning glories.

“Oh, goodness, you want me to talk about myself,” says Rose Gaches. “Here, talk to ‘Mary.’” (Name changed by request.) “She’ll answer your questions.” Mary takes the phone. Rose and Mary are both originally from the Bronx “when it was countrified, which only people who lived there would understand,” Mary says. “Fifty years ago.

We came up here and watched this change too, from cornfields on both sides of the highway to IBM bedrooms and beyond.” Rose has been an avid antiquer since 1971; she and Mary have been friends since even before Rose founded The Village Antique Center 30 years ago. For 14 years, Mary had her own shop; nowadays, she comes in to hang out and help her friend. Antiquing, says Mary, is something that a person grows into.

“It happened by accident. She became a collector, early on. She started collecting and collecting, and then you have so much stuff that, you know, you sell, you upgrade, you study and learn a little more, and go a little higher-end, a little rarer. “Some of us started early, ahead of the times. And Rose had the gift. She was always really into it. Like a superstar compared to us.” (“I AM NOT!” yells Rose firmly in the background,

The Center includes roughly 20 independent dealers, curated but not micromanaged, with a wide variety of tastes, specialties, and price ranges.

“Oh, she’s not. Yes you are,” says Mary.) Rose’s denial notwithstanding, it is a matter of record that when The New York Times wrote about antiquing along the Hudson in 2008, the story was illustrated with a photo of a marble statue at her Village Antique Center.

There was a spectacular selection of chandeliers ($265 and up, way up), a carousel horse on a rocking-horse base ($4,500), a gorgeous writing box with mother-of-pearl detailing ($1,100), a lovely inlaid walnut Art Deco secretary-armoire ($850) and a pretty collection of jewelry.”

“Rose has a very good idea about things,” says Mary. “She does have a lot of unique items. There are people who live up this way who’ve been dealing with her forever, and she develops a high level of insight into their decorating and collecting needs.” 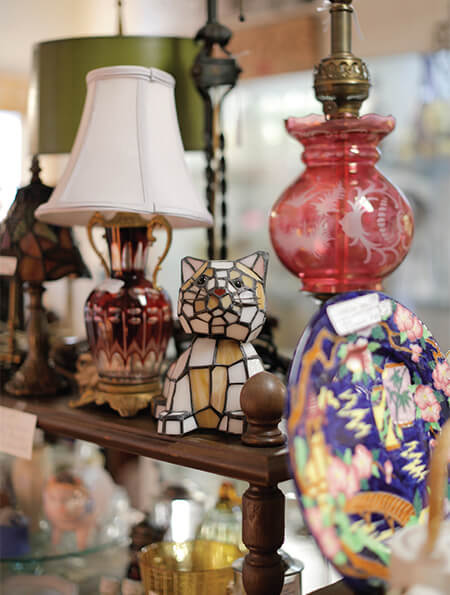 People like coming here because we have so much fun.

There’s a lot more to a pleasurable antiquing experience than simply buying something old. “We treat the customers like family,” says Mary, “whether it’s a collector we’ve been working with for years or a random newcomer. People like coming here because we have so much fun; we have people from other states—both dealers and vacationers—who stop in every year when they’re in the area. There’s a special camaraderie to the fascination with quality old things. A lot of the regulars get a hug when they show up and again when they leave. We like people. They share things with us, and it makes a richer experience.”

The Center includes roughly 20 independent dealers, curated but not micromanaged, with a wide variety of tastes, specialties, and price ranges. “Everybody comes in,” says Mary, “second homeowners from the city, wealthy estate owners, those who don’t have much at all … and they all get the same warm welcome. We’ve helped some people furnish their entire homes. We have a ten-year-old girl who rides her bike here. I heard her telling someone ‘They love me here.’ Yes, we do.

“We were lucky. We grew up in great times. In the 80s, a bunch of us were all learning the business together—what a great time that was! Rose just always dealt with the most interesting and biggest pieces. Besides running the Center, she teaches antiques. There are always amazing pieces here—you should come on in and see.” 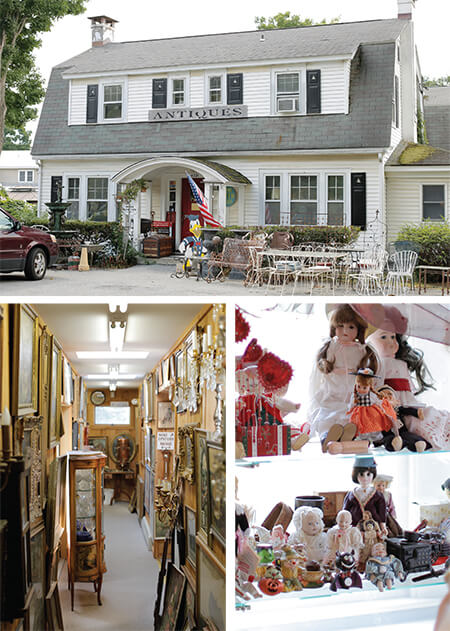 SHOPPING LOCALLY IS A GIFT TO EVERYONE