by Samantha Manzella, Photos by Jennifer May & Liz Clayman 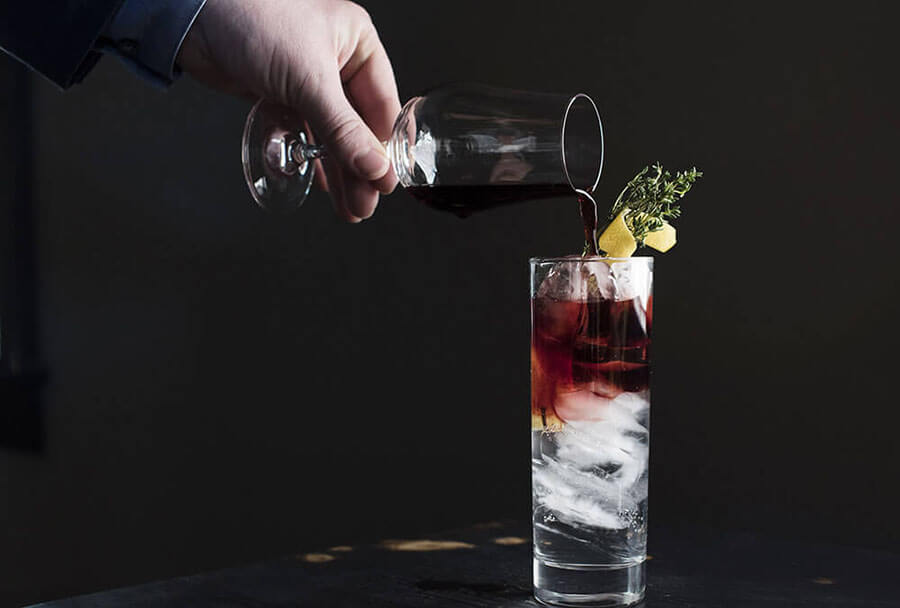 Howard and Chris Jacobs weren’t always restaurateurs. Before they opened The Amsterdam in Rhinebeck, the Jacobs, both originally from Toronto, Canada, spent weekends upstate as a respite from the hustle and bustle of city life. After years of working a myriad of executive roles in marketing and sales, Howard began to consider leaving the corporate world behind. 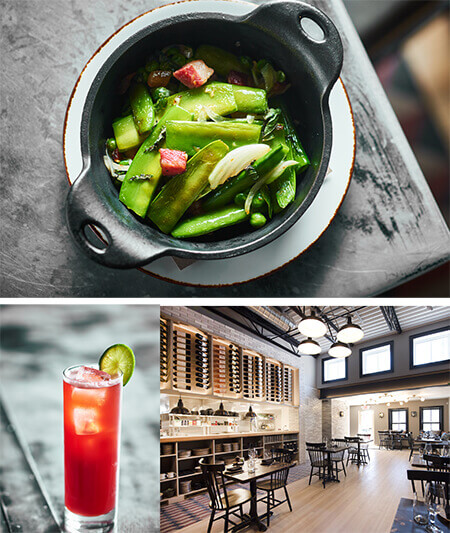 The husband-and-wife duo then stumbled upon a listing for the restaurant’s current location—a picturesque 1700s Dutch townhouse on Rhinebeck’s Mill Street—and knew it was the space they’d dreamed about for years. In the spring of 2017, their pipe dream of opening a restaurant came into fruition, and The Amsterdam—the Jacobs’ city-meets-country eatery and bar—was born.

At The Amsterdam, looking locally for produce isn’t an afterthought; it’s an integral part of how the restaurant operates.

The Amsterdam boasts farm-to-table fare, including seasonal dinner and weekend brunch menus, and an impressive selection of cocktails and wines. The space offers all the comforts of country living with the refined feel of city dining, featuring light-colored walls, dark wood tables and seating, a fireplace, and warm lighting.

Their team works with some of the best local farms to source fresh ingredients. At The Amsterdam, looking locally for produce isn’t an afterthought; it’s an integral part of how the restaurant operates. “It’s in our DNA, and in the soul of everything we do,” Howard says.

The Amsterdam boasts farm-to-table fare, including seasonal dinner and weekend brunch menus, and an impressive selection of cocktails and wines.

The Jacobs’ mission to provide top-notch cuisine doesn’t stop there: The Amsterdam recently added Head Chef Alex Burger, formerly of New York City’s French bistro Bar Boulud, to its roster. Alex is a total professional, Howard says. He’s got an impressive pedigree and acute attention to detail, honed after more than eight years of cooking under esteemed French chef and restaurateur Daniel Boulud. “I love Alex’s optimism and enthusiasm for ideas and what he sees ahead for The Amsterdam,” Howard shares. “The energy he’s brought to the restaurant is unmistakable, and people are really buzzing.”

The restaurant borrows its name from the capital city of the Netherlands. It’s a nod to the Dutch settlers who claimed the land, Howard says, and an homage to his own father, a veteran who served in Holland during World War II. (Years after the war ended, his father, along with other soldiers who helped liberate Holland, were invited back to Amsterdam for an honorary celebration. “It was a lifetime memory,” Howard says, “and [it] forever touched our family.”) 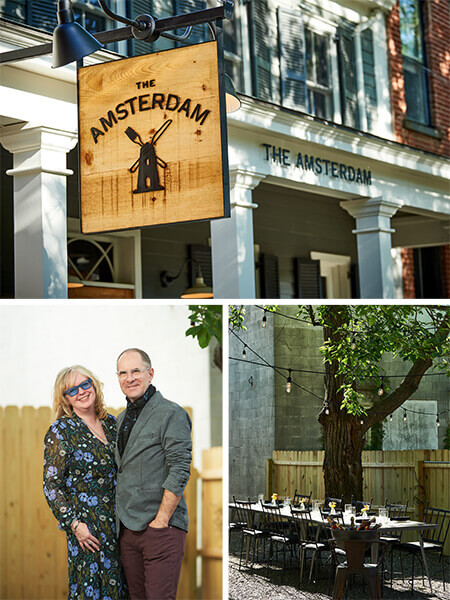 Patrons of The Amsterdam run the gamut: Howard sees regulars every week alongside a broad array of domestic and international tourists. It’s a diverse demographic, he says, but all of their customers value the restaurant’s exquisite bites and cozy atmosphere.

Howard describes it as “refined but casual dining,” made all the more memorable by The Amsterdam’s warm hospitality.

“It’s The Amsterdam way!” he says. Going forward, Howard and Chris hope to expand The Amsterdam’s offerings with a separate lunch menu. They plan to continue hosting private events (the space is booking out well into 2019, Howard notes).

The team also has a few other ideas brewing under wraps. “We’re always talking to our guests about what we can do to serve them,” Howard says. “And I’m super excited about where we can take The Amsterdam.”