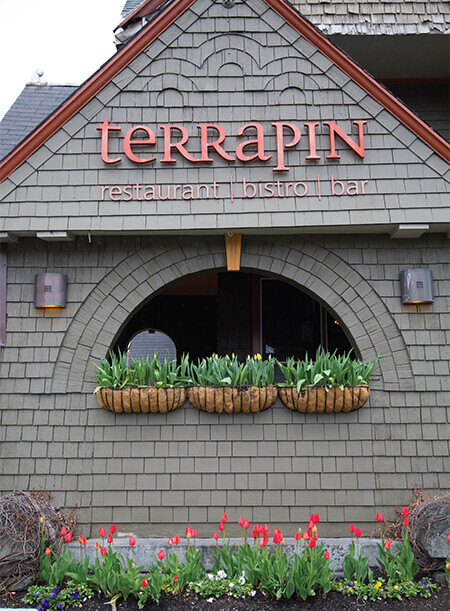 Nearly 20 years ago, chef Josh Kroner discovered a run-down restaurant for sale with an attached apartment upstairs in West Hurley, a sleepy town near the Ashokan Reservoir.

The idea of buying this building appealed to him—the mortgage for the restaurant was less than he was paying for a one-bedroom apartment in the city. Eager to leave city life behind, he moved upstate to begin a new adventure. In 1998, Terrapin was born.

Terrapin offers a wide selection of food from various culinary influences. “It’s very loosely American,” says Josh. “I do a lot of Asian-influenced food. I have French training so there are French flavors.

I have an Italian background so I do a lot of pasta and Italian dishes. I like to do Southern food. I don’t stop anywhere because of my own background. I’ll learn new things.

I feel like if you use good ingredients, the food is going to be good. I want to keep it generally simple and let the ingredients themselves shine through.” 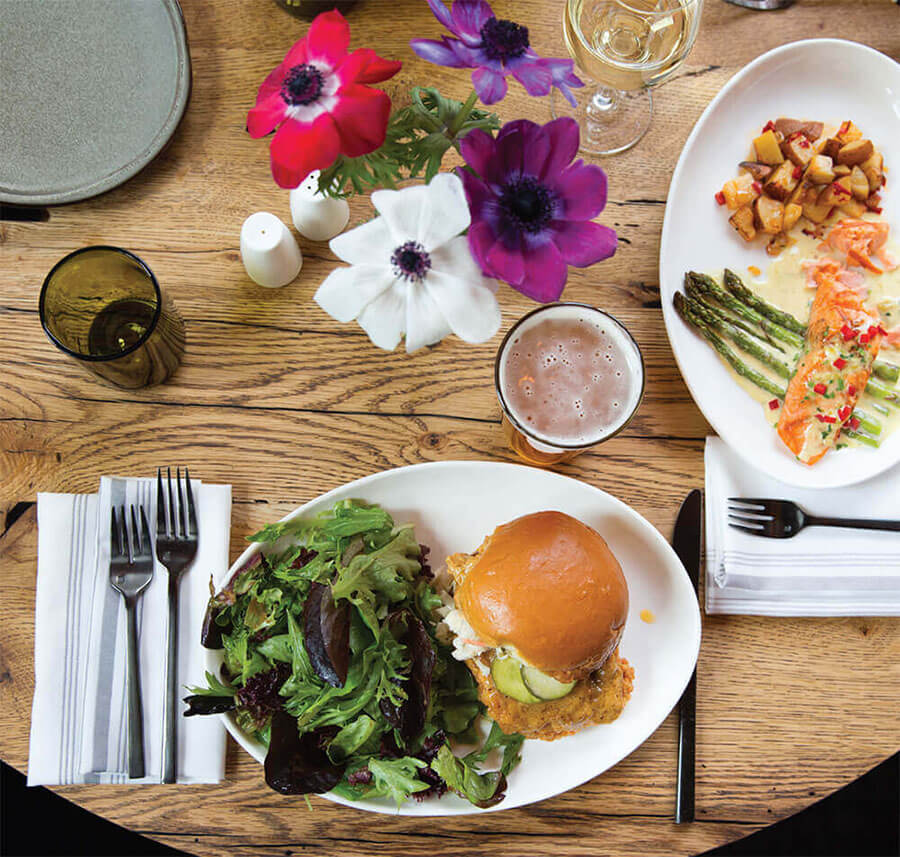 Josh started his culinary career in New York City. After earning an architectural engineering degree at the University of Colorado, he eventually decided to pursue cooking and enrolled at the French Culinary Institute in Soho, now known as the International Culinary Center. He later became an instructor there, and also worked under the guidance of such chefs as Emeril Lagasse and Bobby Flay.

“When I first came up here, there was no farm-to-table. Nobody understood what that meant. Nobody was using local farms.”

During his 20 years as a chef in the Hudson Valley, Josh has been a pioneer of the farm-to-table movement. “This is something that developed over the years,” he says. “When I first came up here, there was no farm-to-table. Nobody understood what that meant. Nobody was using local farms. So I started going to farms and pushing to get local products. I did a lot of things to bring the farmers and the chefs together. It’s harder than you’d expect. If you wanted to get Hudson Valley products, you’d have to go to the city to get them.” His hard work has paid off. Terrapin has received numerous awards, including Best Farm-to-Table Restaurant of the Hudson Valley, according to Hudson Valley Magazine readers in 2017, as well as Best Bistro of the Hudson Valley in 2017. “My whole philosophy has always been—I love food, and I love to eat, and I’ve always wanted to make a restaurant that had the type of food that I would want to eat,” says Josh. 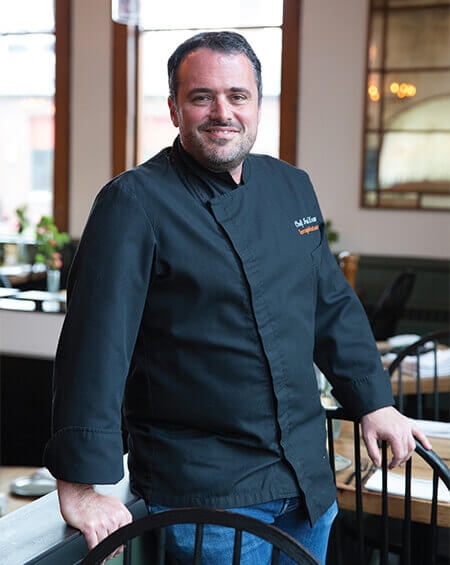 The menu at Terrapin changes seasonally. Josh sources seasonal, local, and sustainable food whenever possible. “Local food is great—you’re going to have a better quality because it’s not shipped across the country. You know it’s going to be fresh.

You can also go see where it was made, go to the farm, and really understand the process. You’re also putting money back into the local economy.”

Two dining options are offered in this stunning space that was for formerly a church: the more casual Red Bistro, which is open for lunch and dinner daily until midnight (later on weekends), or the main dining room, which serves dinner every evening.

The menus truly have something for everyone, and the experience—from the service, to the exquisite food, to the bustling atmosphere—is guaranteed to be a pleasant one.

The Bistro menu includes an array of gourmet sandwiches that can be fixed to your liking, healthy salads, light tapas and appetizers, and soups. Standouts include the Shredded Duck Confit Sandwich (with the diner’s choice of bread and toppings), Goat-Cheese-Filled Wanton tapas, and the Macadamia Nut Tempura Calamari.

The dinner menu offers the same tapas and appetizer options, along with full entrées such as the Blue-Cheese-Crusted Filet Mignon and Guinness-Braised Lamb Shank Topped with Garlic Chips.

The menus truly have something for everyone, and the experience—from the service, to the exquisite food, to the bustling atmosphere—is guaranteed to be a very pleasant one. Stop by for a unique dining experience, or even a unique libation. Their full bar has a long list of high-quality wines, beers, and handcrafted cocktails to choose from, and they are ready to serve you until the wee hours of the night.

Local dishes you have to try