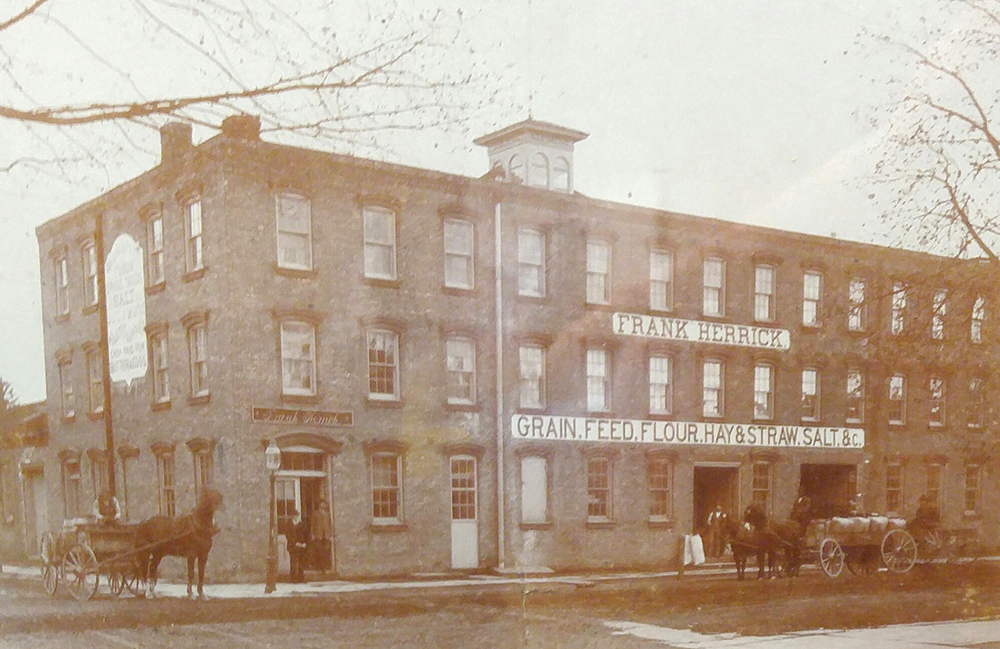 Kim and Kelly Williams start their day at dawn. “I come in at 5:45am and the store opens at 7am,” says Kim, Senior Vice President of Retail Operations in Rhinebeck. “If I don’t get that early start, I’ll never get everything I need to do done. She adds, jokingly, “Our dad always feels that if he’s up and on the job, everyone else should be, too.”

Founded in 1946, Williams Lumber got its start when Kim and Kelly’s grandfather, a young Masonite salesman from Cleveland, moved to New York and made the wise decision to settle in the Hudson Valley and invest in a lumber yard. “My grandfather, Stanley Williams, developed a relationship with A.C. Dutton, a massive lumber reload center,” explains Kim.

“Railcars full of lumber and plywood were coming from Canada and the West Coast and being shipped to the East Coast. The owners there told my grandfather that if the opportunity ever arose he should buy a lumberyard. So young Stanley bought Gibson Feed and Grain in Rhinebeck—where the local fire department is today.”

The business grew, as did young Stanley’s family. Together with his wife Nancy, they had three beautiful children: Sandy, Sally, and Suzie. After Sandy graduated from Dutchess Community College, he began working with his father at the lumber store. 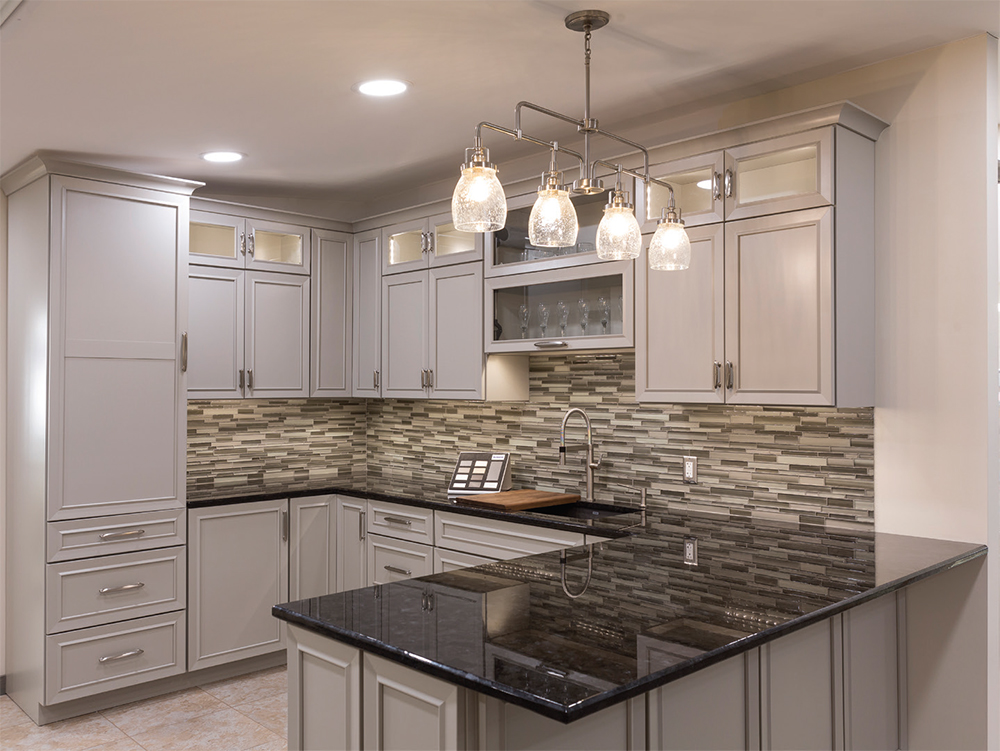 “We have knowledgeable people who can help customers assess their needs and make sure they’re comparing apples to apples, not oranges. And there aren’t many places where you can walk in and speak directly to a company owner about your issue.”–Kim Williams, Senior VP of Retail Operations

By 1969, Stanley and Sandy were doing well enough to build a new store on Route 9. By this point, Stanley and his wife Brenda—sweethearts since high school—also had three young children: Kim, Kelly, and Kari.

“Although I was only five when the new store opened, I got my first opportunity to work when I was 14,” Kim fondly recalls. She remembers quite well the first day she worked for the company. “It was a Saturday and the telephone operator didn’t come in. Dad called my mom and said, ‘Have Kim get dressed; she needs to come in and answer the phone.’ And the same happened for Kelly!” Although Stanley didn’t intend for any of his granddaughters—who graduated with Retail Management and Business Degrees—to work for Williams Lumber, they followed their hearts and did so anyway. “He may have felt that it would be challenging for females to work in a male-dominated industry,” explains Kim, “but if he could see our accomplishments, he would see he had nothing to worry about!” In spite of any initial concerns, Sandy and Kim Williams have both received the coveted Lumber Person of the Year award from the Northeastern Retail Lumber Association, proving that they are equally respected and accomplished in their field.

“Kelly and I still encounter customers who find it odd to deal with women in this industry, but women are in every industry,” says Kim. When it comes to how they handle these situations, she remarks, “It’s one of several aspects of the job that requires patience.” 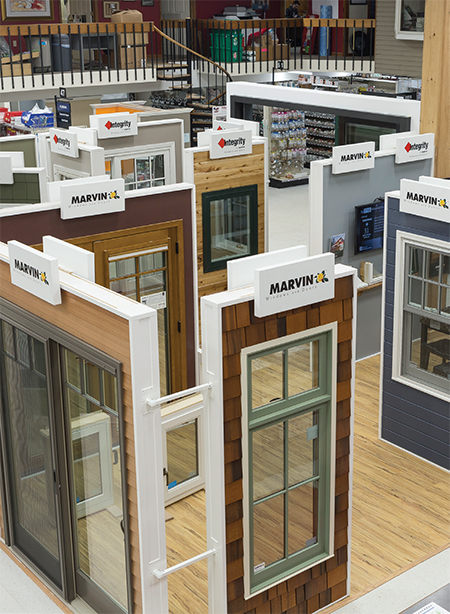 I love what I do. It’s in my blood. Every dollar you spend with us counts and we appreciate each one.”–Kim Williams

Williams Lumber’s customers are a mix of contractors and homeowners… and dogs.

With eight locations and 260 employees, Williams is by no means a small operation. “My father remains at the helm of our business with the help of our committed, knowledgeable associates, who truly make a difference,” says Kim.

“We try to greet all of our customers, ask how they are doing, and how we can help complete a project today. You just don’t find that at the big box stores.” As their father Sandy says, “There aren’t many places where you can walk in and speak directly to the company owners.”

The warmth that the Williams family strives to show their customers carries over to their staff. Many Williams associates have been with the company for their entire professional lives. “We’re very blessed by people who’ve spent decades with us,” says Kim. “One just retired after 45 years.

Larry Bennett. He is sorely missed.” The main reason for the retention rate may be that the Williams family makes themselves available to their associates and customers, alike. 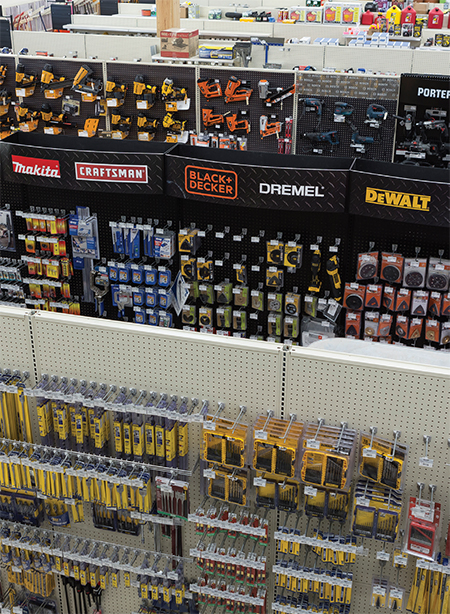 Williams Lumber’s customers are a mix of contractors and homeowners… and dogs. Kim refers to her sister Kelly as the “dog whisperer” because she has a way with dogs and a massive supply of doggy treats. And the canine visitors go straight to Kelly’s office to say hello.

“We do what we can to welcome customers and let them know we’re grateful for their business,” says Kim. “Of course, we also support our community by giving back when we can.” Williams is known for supporting and generously giving

“We try to greet all of our customers, ask how they are doing, and how we can help complete their projects. You just don’t find that at the big box stores.”
–Kim Williams, SVP of Retail Operations

back to their hometown of Rhinebeck. In fact, Sandy himself was a longtime volunteer fireman who became chief and helped establish the Dutchess County 911 system. It is with this spirit that Kim attributes much of their success.

“You must be part of and give back to your community as much as you can.” The community is very familiar with the Williams’ local family-centered commercials.

Viewers have watched Kari’s children (Stanley’s great-grandchildren), Nicole and Joseph, grow up over the past 20 years on the Williams TV commercials, which have led to an odd sort of fame. “People stop me and say, ‘Hey, aren’t you the Lumber Lady?’ And Dad’s been stopped at Yankee Stadium and all kinds of places,” Kim explains.

It was in the midst of a recent crisis that the Williams family found out just how loved and respected they are by the community. Last March, calamity struck the flagship Rhinebeck store in the form of a collapsed roof, and they lost over 10,000 square feet of space. “We were so fortunate that no one was hurt,” says Kim. “Kelly was the only family member onsite that day; she coordinated the evacuation, worked with the authorities, and made sure everyone was OK. She was amazing.”

“The community was wonderful,” Kelly adds. “We had contractors here waiting to come and help, donating their time to do whatever we needed at that time. Our local restaurants (Village Pizza, The Bagel Shoppe) sent food; even people we compete with at times offered their space and support. We felt very grateful to be part of such a beautiful community. Our associates were right there with us through all of it, and we are now fully reopened with a new interior layout and kitchen department!” 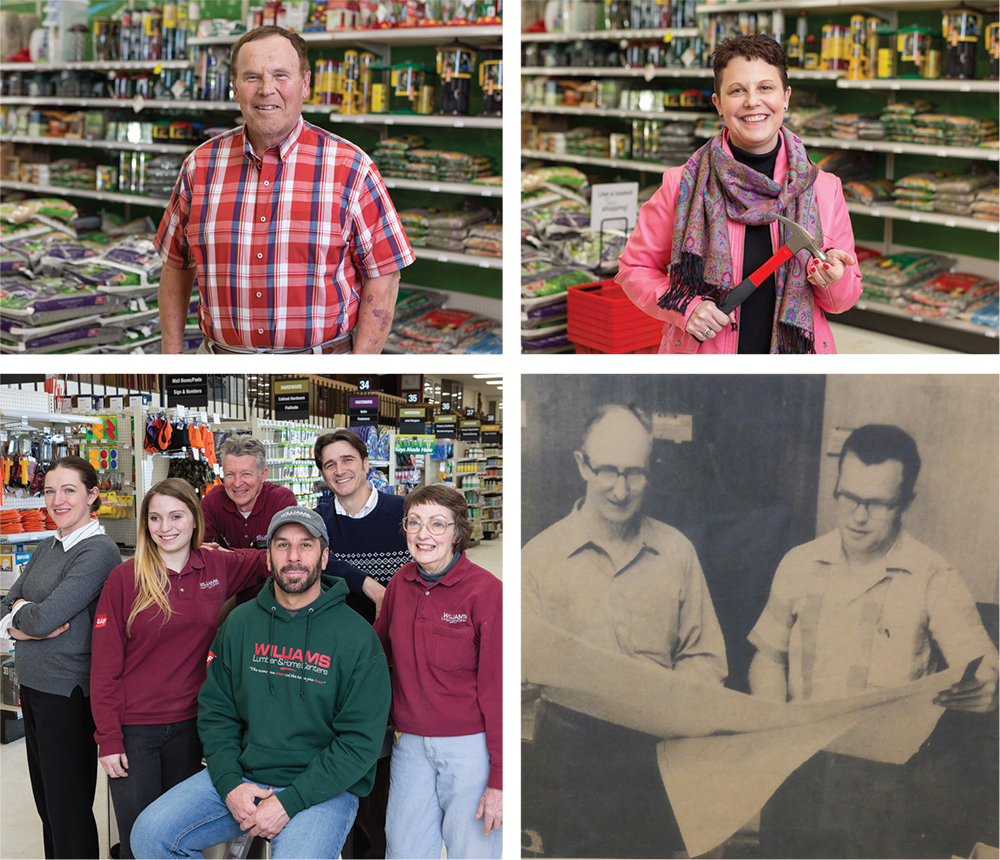 For over 72 years, Williams Lumber has been part of the very fabric of Rhinebeck and the Hudson Valley. We’re left to assume that Stanley would be very, very proud of his family and what became of his lumber store. Williams Lumber has eight convenient locations throughout the Hudson Valley. Please check the website for their hours at williamslumber.com