From the age of three, Rodney Greenblat has been immersed in the creative process—drawing and creating visual art—and has never stopped.

Prior to opening his eponymous retail store in Catskill—The Rodney Shop—he had an expansive career as a freelance visual artist and character designer.

His shop showcases some of his best creations and is a visual feast for the eyes, popping with bright colors and clever, cheerful characters that are as fun for adults to look at as they are for kids.

“It looks like a toy store, but it’s not exactly. It’s more of an artist variety store,” explains Rodney.

The Rodney Shop is like an interactive, ongoing art gallery—people can come in and see the works that Rodney himself has created, and also browse similar items that fit with the cartoonish theme of the store. 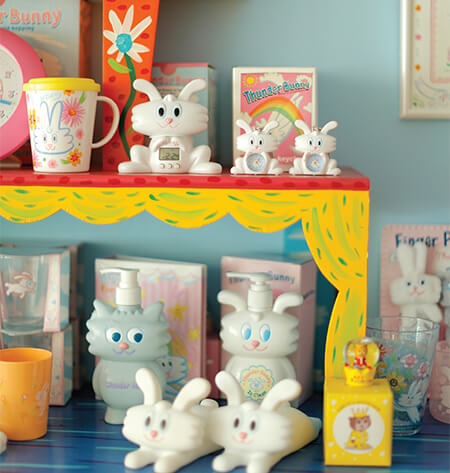 It looks like a toy store, but it’s not exactly. It’s more of an artist variety store.

Rodney got his start in New York City as a fine artist in the 1980s East Village art scene. In the 1990s, he began working as a character product designer for a division of Japan-based Sony. He would travel to Japan for assignments, and then return to New York City to work on his projects.

Rodney is most well-known for the creation of the characters in the video game PaRappa the Rapper. (During this time, character products like Hello Kitty were really popular in Japan.)

As he worked on creating the characters for the video game, he saved many samples, anticipating the day he might open his own storefront. Over a decade later, in May 2017, he opened The Rodney Shop.

When they decided to live upstate full-time, Catskill felt like the right fit for them. They bought a building with two storefronts and opened up The Rodney Shop in one of them. (Their friend opened a kids’ accessory store in the other.) 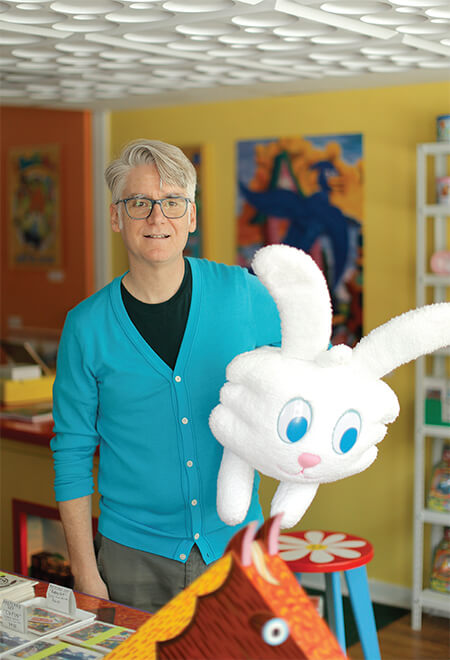 The Rodney Shop is like an interactive, ongoing art gallery—people can come in and see the works that Rodney himself has created, and also browse similar items that fit with the cartoonish theme of the store. The shop attracts a wide range of people: tourists and passersby who are intrigued by the playfulness of the shop, locals who come by to purchase a unique gift for a special event, and fans who come by because they are familiar with Rodney’s work and want to collect his vintage wares. Items of all kinds are sold here, and Rodney assures us that there is something for everyone (not just kids!): t-shirts, prints, ceramics, stuffed animals, toys, and more.

Items of all kinds are sold here, and Rodney assures us that there is something for everyone
(not just kids!) 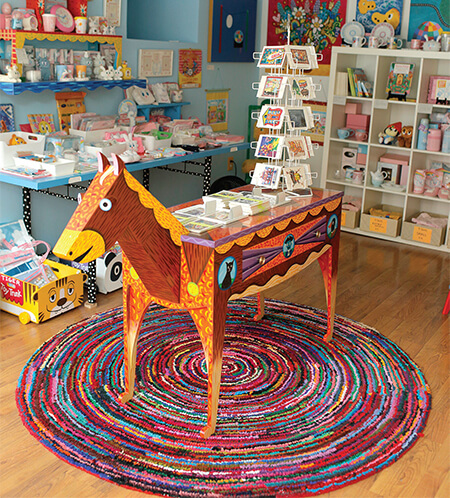 Rodney speaks with a genuine calmness and an underlying trust in the process of a creative life—he’s always done freelance work and has carved his own path in the art world. Although he did have inquiries from major corporations like Disney and Viacom, he had a sense that those propositions weren’t always what they seemed to be.

For now, he just sells his own products and artwork. Rodney enjoys being an independent, entrepreneurial artist because he can set his own schedule. Although that is a caveat to the job, as well—even though it’s art and it’s fun, the work still has to get done, and it’s a lot of work. But it’s all his own and allows him to continue the creative process while enjoying a peaceful life in the Catskills.

In the future, Rodney may begin to sell prints from his own art collection, as he’ll eventually sell out of his own art. But no matter how the merchandise may evolve, a visit to this one-of-kind shop is sure to get your own creative juices flowing and put a smile on your face.