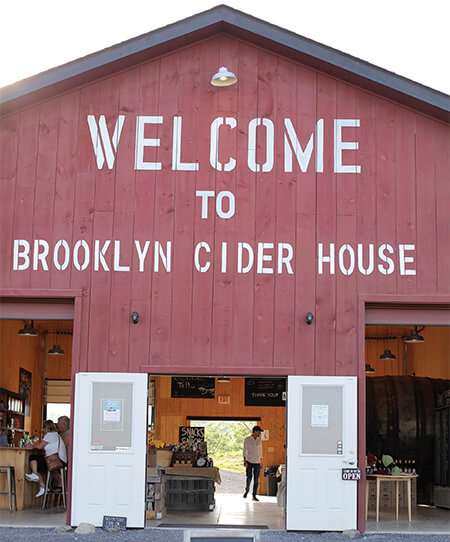 Peter Yi didn’t plan to fall in love with cider. “My first real career was in the wine business,” he says. “I was a taster and buyer of wine for 25 years; it was what I thought I wanted to do for the rest of my life.” And why not? It was a terrific life: fine food, world travel, and like-minded friends, not to mention he exceled at it. But four years ago, while in the Basque region of Spain, Peter got hit with a “thunderbolt moment” that would change his life: “I was on one of my wine-buying trips and stumbled on this incredible natural cider,” he says. “It was so mystical, so friendly with food.

And it made you feel just wonderful, both while you were drinking it and the day after. Even if you consume a large quantity, you’ll be able to run a marathon the next day.” Peter had tried hard cider before and been underwhelmed by it. But this cider—non-carbonated and dry and sour—was a revelation. “It’s more like a wine than a typical cider,” he says. “It’s unfiltered and unrefined, and it’s full of probiotics. I call it ‘raw’ because it seems to be cider in its most raw, natural form.”

You can bring the kids and pets, pick your own apples in season, explore the glorious grounds, shop artisanal goodies, and relax on the pavilion with fine Basque-style cider and live music. 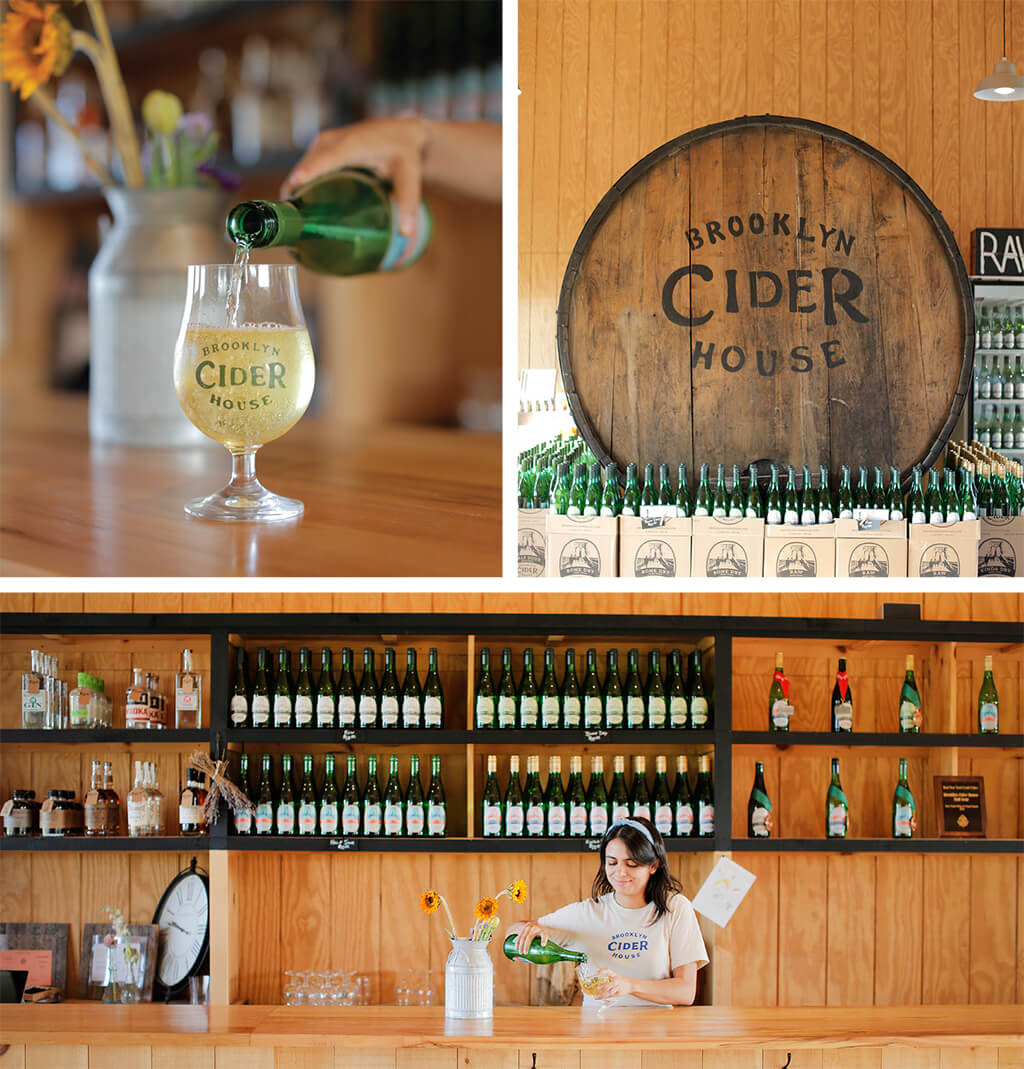 He’d discovered the sagardotegi—a centuries-old Basque cider-house tradition in which the beverage (always “still,” not sparkling) is offered fresh from the barrel and paired with exquisite grilled food. From that moment on, Peter’s energy was focused on bringing that tradition back to New York, his lifelong home and home to some of this continent’s finest apple-growing terroir.

Sagardotegi - a centuries-old Basque cider-house tradition in which the beverage (always “still,” not sparkling) is offered fresh from the barrel and paired with exquisite food.

Brooklyn, he decided, was in desperate need of a cider house. But to make it happen in just the right way, he needed just the right apples. His sister Susan, a teacher by profession, fell in love with the mission, too, and promptly left her career to get the business off the ground.

The four-year journey has been epic. Early on, Peter sold his house and auctioned off his wine collection, devoting every scrap of energy and money to the dream. “We wanted total vertical integration for the business. I knew that we’d have to make the cider ourselves. I called nearly every apple orchard in New York State seeking the bitter hard cider apples, but no one was cultivating them. They’re utterly different from the supermarket table apples; they call them ‘spitters’ because they’re bitter, and if you took a bite you’d spit it out. So we went on a search for apples, to abandoned orchards, forests.... What you need are the cuttings. The seeds don’t give you what you want. We found cuttings of the varieties we wanted and we worked with a nursery to graft them onto rootstocks for us. We revived an orchard in New Paltz on which we’ve recently planted our baby trees. ”

Like the apple varieties, the orchard had to be perfect. “Being from the wine business, I knew it had to be very special. The climate, the soil, the drainage, the minerals.... I found it in New Paltz. It’s a funny thing, but great rock climbing destinations seem to offer incredible terroir; it’s true all over the world and it holds true here.”

Having found the decades-old Twin Star Orchards, just a few miles from Main Street in New Paltz, the team set to work readying the soil. When the time came to craft the guest experience at the New Paltz location, the globe-trotting foodie knew just what he wanted to achieve. “I’m extremely finicky and I wanted to offer food I knew I could make really well,” Peter says.

I could never be happy with B-rated pizza. It has to touch me, the way my ciders touch people.

“I wanted something traditional that could pair really well with the cider, and I wanted the cooking process to be fueled by the land. The solution—Neapolitan pizza cooked in a wood-fired oven imported from Naples and flame-broiled burgers—reinterprets the joys of the sagardotegi for the Hudson Valley.

Apples from the farm are also made into craft cider at the restaurant and bar in Bushwick, where it’s paired with a “Basque Sagardotegi Prix-Fixe” menu and “caught” directly from the barrel between courses. 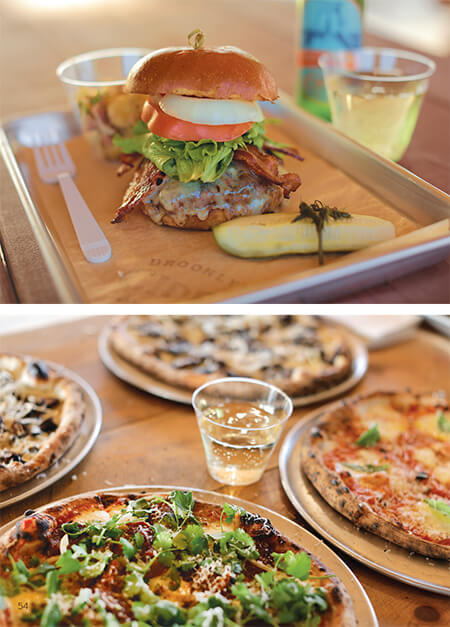 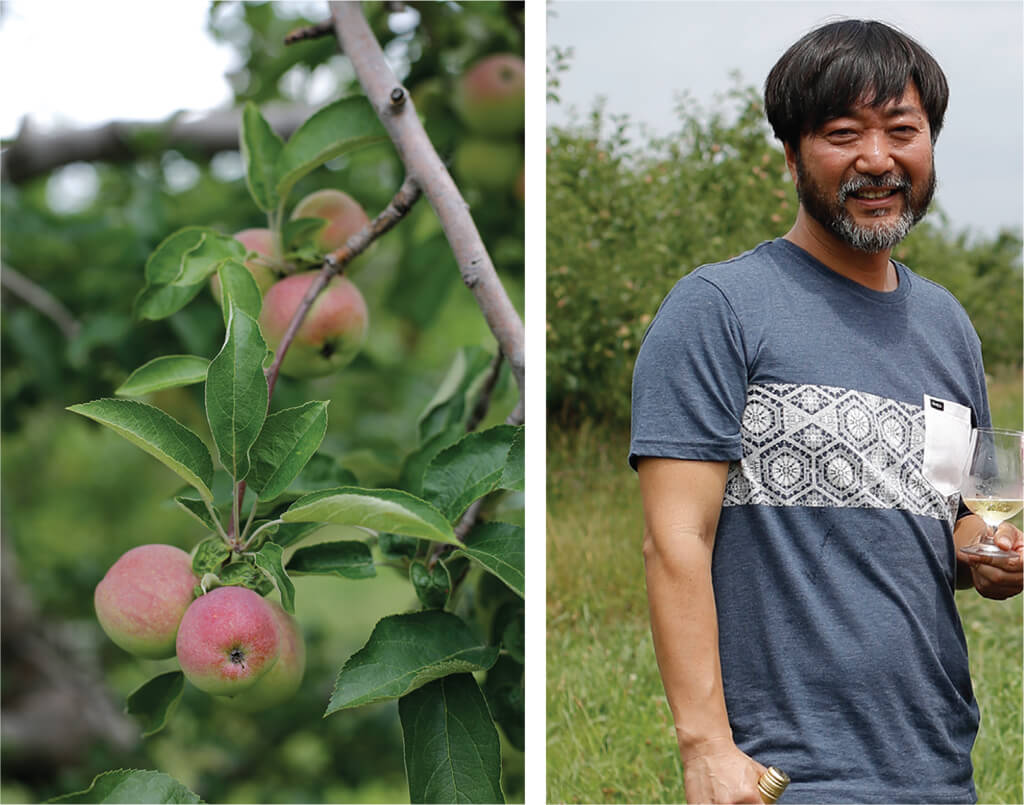 Cider was a beverage of choice in the Colonial era. The tradition was interrupted by Prohibition and factory farming.

Those who visit the restaurant in Bushwick, Brooklyn are encouraged to venture upstate for a look at where the apples are born and then enjoy a pizza on the panoramic pavilion. “We use really fresh mozzarella, San Marzano tomatoes, cold-pressed extra-virgin olive oil that smells of green tomatoes and fresh-cut grass,” he says, “and hand-picked basil from the garden. The crust is made with a Caputo 00 flour—the grain is half the size and it absorbs more water, so it’s fluffier and lighter and easier to digest. I could never be happy with B-rated pizza. It has to touch me, the way I hope my ciders touch people.”

The same level of care goes into the burgers: hormone- and antibiotic-free 80/20 beef grilled to juicy perfection and served with “the best buns we can buy” and homegrown garden vegetables. Even in a region that’s long loved its burgers and pizza, the Brooklyn Cider House versions are causing a stir. The setting, with its sunset-facing pond, and convenient location to nearby nature

preserves and the Thruway, is also winning raves. You can bring the kids and pets, pick your own apples in season, explore the glorious grounds, shop artisanal goodies in the farm store, and relax on the pavilion with fine Basque-style cider and some equally fine live jazz or mellow rock. “We mix it up,” says Peter of the entertainment, “but nothing harsh. It has to work with nature.”

Cider, Peter points out, was a beverage of choice in the Colonial era. The tradition was interrupted by Prohibition, but he’s hoping more and more people will rediscover the beverage that is actually traditional to America. “I have many more dreams,” he says, “most of them surrounding cider and flawless food. In time, you can expect more innovations. And I really believe that once people open their minds and give this authentic cider a try, they’ll want to be part of the tradition, too. As for me, I have truly found what I am meant to do.” 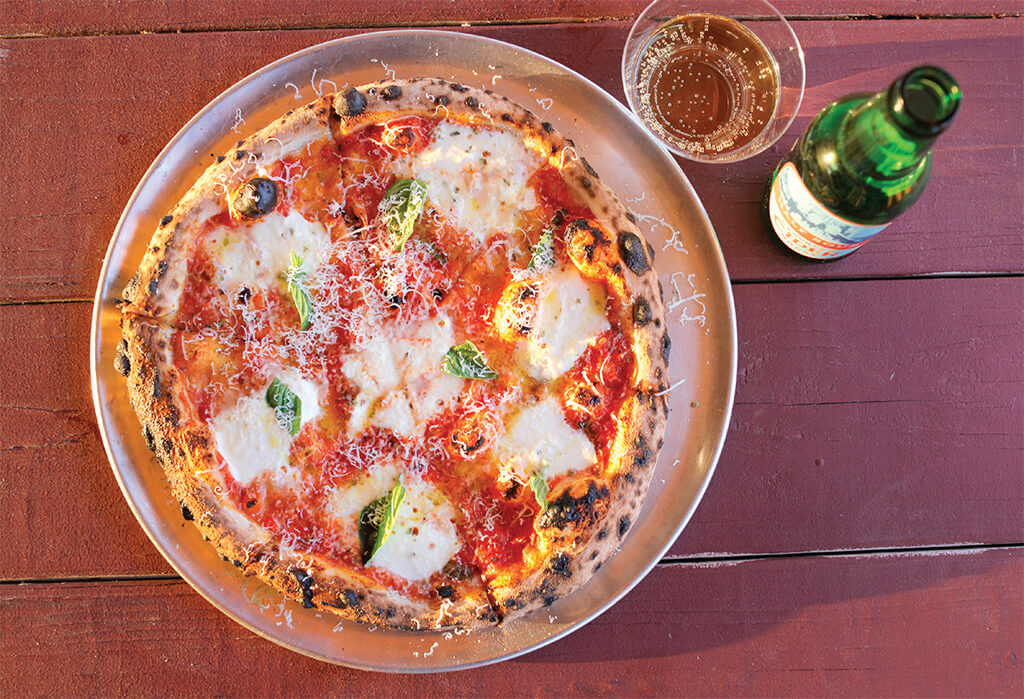