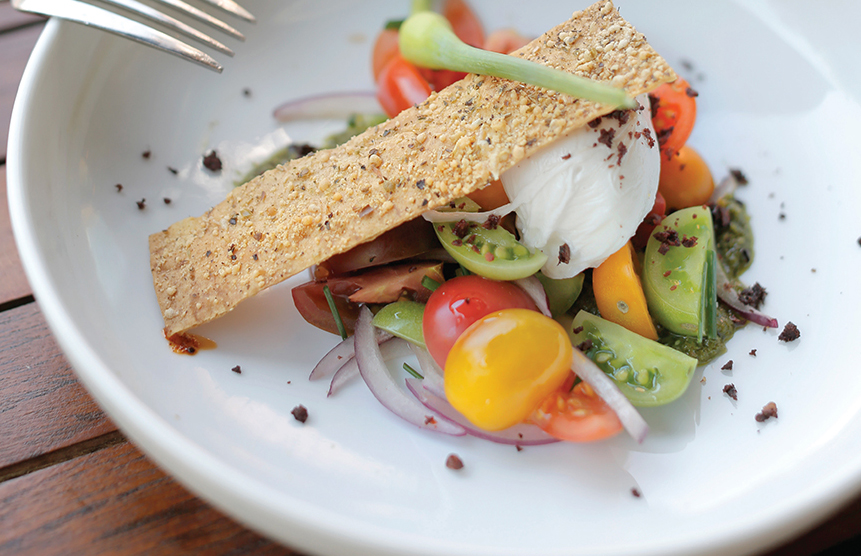 Starting in 1990—long before “locavore” became a national buzzword and “fresh, local ingredients” became a standard feature of local restaurants—there was Bruce Kazan’s Main Course in New Paltz, a casual eatery nestled in a small strip mall where customers could get counter service or order dishes to take out. “Yeah, it’s a counter service/seat yourself/takeout place, but holy moly, the food is still outstanding,” raved Yelp reviewer “Joisey Joe” in July 2017, who noted that it was his first visit in 15 years. “Would be my first choice for food in NP next time I am up there.” Other recent reviewers noted a “phenomenal” salad menu.“Consistently Delicious,” said another, and as any restaurant owner or patron knows, consistency is key. The storefront is an outgrowth of Main Course Catering and Events, which has been supplying the same level of delicious fare and meticulous service to countless area

weddings and events.“Exceeded all expectations” and fabulous,” say the customers. Main Course has been voted Best Caterer by Hudson Valley Magazine readers every year since 1994. Nowadays, having moved into a renovated office building and keeping a casual feel, the business is called Main Course Catering and Marketplace. Bruce Kazan and his wife Vicky are still having a wonderful time. “I came to the Hudson Valley to attend SUNY New Paltz after growing up in Flushing, Queens,” says Kazan of the choice that determined the course of his life. “My older brother, who was living in the Hudson Valley at the time, encouraged me to escape city life. It was the best advice because after SUNY, I attended the Culinary Institute of America. After graduating from the CIA, I returned to the city for nine years to gain access to experiences that lasted throughout my career.” 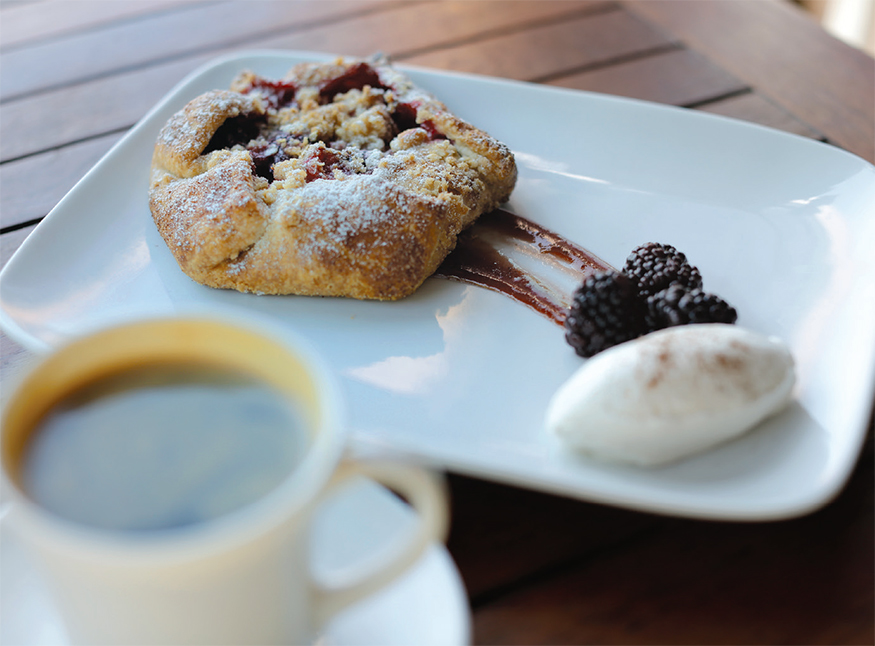 “My clientele are folks that seek creative, clean foods that support their beliefs in sustainability and community.”—Bruce Kazan, owner

That career would soon take a turn back upstate. “Vicky and I were living in New York City, putting in 80 to 100 hours a week,” Bruce recalls. “In the restaurant industry, if you were not Swiss or French, you were not getting executive chef positions.

In this environment, we were deciding which market to be in. We decided to place an ad in the Hudson Valley Yellow Pages for our catering business.

We received calls for events between our full-time jobs in NYC and the volume was such that we had to make a decision.

We made the move, we increased our demand, and the business went to the next level. We settled here in my wife’s hometown of New Paltz and have not looked back.”

Main Course officially opened on May 4, 1990. “I can’t believe it’s been 27 years!” says Bruce. It’s a life that fulfills the dreams that Bruce and Vicky once thought they’d have to live in the metro area to achieve; in fact, the farmy Hudson Valley turned out to be an even better spot. “We have a passion for creating innovative food, so sourcing local ingredients as much as possible became our mantra,” says Bruce.

“Being creative with the conditions we’ve got—a short growing season for just-picked produce in the Hudson Valley, but accompanied with long-storage vegetables and local animal products— is where we excel.” 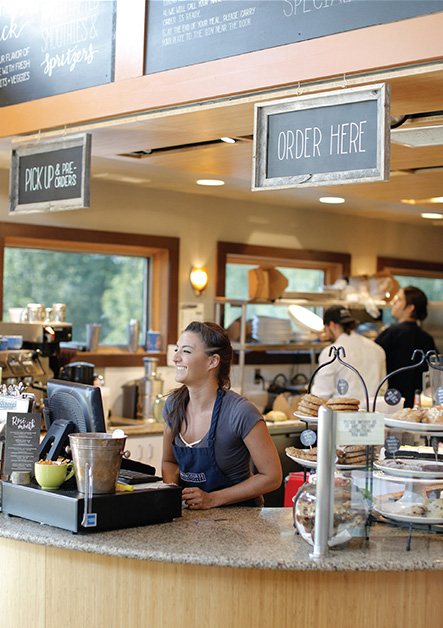 That excellence has brought them some adventures most don’t get to have. “For a local caterer, we have had the unusual pleasure of serving some of my generation’s icons, such as President Clinton and Ted Kennedy,” Bruce recalls. “We’ve served the royal family of the Netherlands, music legends Levon Helm and the Band, and movie personalities Liam Neeson and Robert DeNiro.”

But every last customer of Main Course is a VIP, and Bruce says they’re a wonderful bunch. “My clientele are folks that seek creative, clean foods that support their beliefs in sustainability and community. They understand the pitfalls of consuming overly processed foods,” he says. And management makes sure they get exactly what they came for, prepared with precision and served with a smile. “I’m a true micromanager to all of my co-workers,” Bruce confesses. “I am sorry, but ... it affects my ability to sleep at night.”

The business philosophy is simple, and one that has been emulated over and over with varying degrees of success. “Provide excellent food that is consciously sourced and produced,” Bruce sums up. “Our motto is, you are what you eat. This reflects our desire to offer food that is as close to how it comes from the ground as possible, with minimal processing, in both the store and the catering business.” 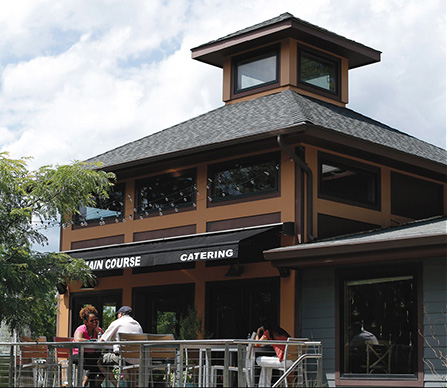 STAY AT - THE BEEKMAN ARMS

CHEF RECIPE from The Hop in Beacon