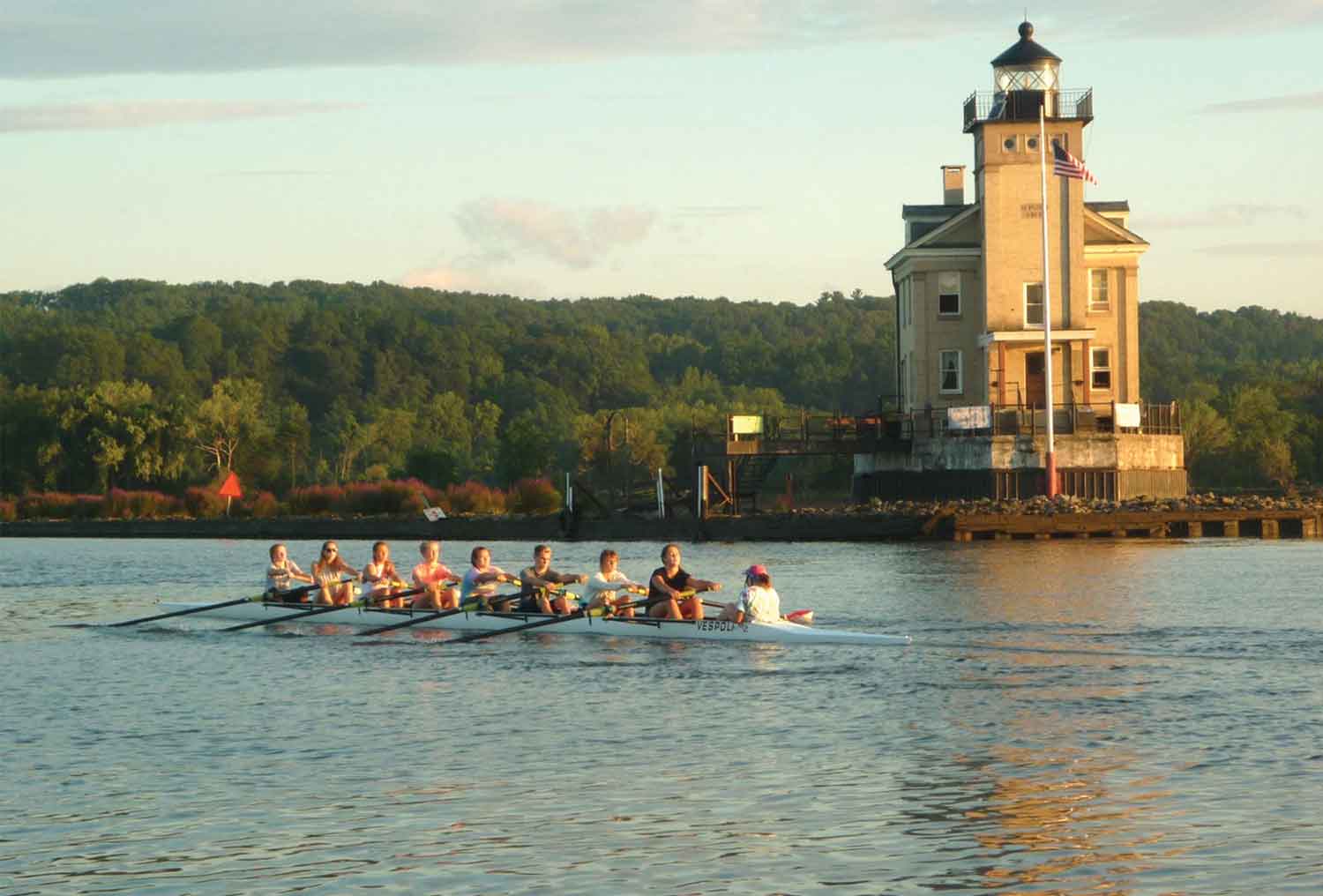 “Being on the Hudson during sunrise, what strikes me most is my own total insignificance,” says Tom Edwards, vice president of the Rondout Rowing Club.

“The sun, the water, the grandeur of it— It’s astronomically, intensely gorgeous, and you’re just a tiny speck within all that, down flat on the surface of the vast water.”

Rowing seems graceful and effortless when performed properly, but the sport actually demands much skill and dedication. It requires use of 84 percent of the body’s musculature. Though it is a fluid and low-impact exercise, rowing offers an efficient, calorie-burning workout that can be as intense as you want it to be.

“People think it’s just like hopping in a dinghy and rowing,” Tom says. “It’s a whole different experience. You’re using your legs, not your arms so much. There’s a whole skillset involved, just as there is in perfecting a golf swing.”

The Rondout Rowing Club, formed in 1999, is a nonprofit, member-supported volunteer organization dedicated to community rowing and the promotion of water sports on the Hudson River and Rondout Creek. The club, currently with 50 members, is in negotiations with Kingston Mayor Steve Noble and Assemblyman Kevin Cahill to build a dedicated crew school on the creek.

The Rondout Rowers’ home base is located in the Hudson River Maritime Museum, a nonprofit that preserves the Hudson’s maritime history and the history of its tributaries.

We like to get out on the Hudson when conditions permit, but what’s great is having a protected creek. When the river’s too rough, we row up to Eddyville and back,” says Tom. “We never have to cancel unless there’s an electrical storm, and there’s always something different to see—herons, osprey—when I was out this morning I saw an eagle.”

“Rowing, once just a method of transport and warfare, has been a competitive sport since ancient times. Egyptian warrior Amenhotep’s talent as a rower was even mentioned in his funerary inscription. Today, the sport has become a cultural identifier in much of the English-speaking world, and it has experienced a resurgence as a competitive team sport at the high school level over the past couple of decades.

“There’s quite a bit of scholarship money out there for kids who get really good, especially women,” says Tom, who also helps to coach the Kingston High School crew team.

Whether you are interested in becoming competition-caliber or just want to get a great full-body outdoor workout, the Rondout Rowing Club would love for you to grab an oar and get on the water.

Members must sign a waiver and be at least 12 years old. Members must also complete a swimming test and a learn-to-row class, both of which can be done either through the club or through another qualified organization. The membership fee is $450, but volunteering twelve hours of your time to the organization per season reduces the fee to $250.
Newbies are urged to complete four coached rows, on which experienced members will crew alongside them and help them polish their form. After that, novices will be welcome to enjoy regular sessions, which happen mornings and evenings on weekdays, once on Saturdays, and once on Sundays. Moonlight rows are offered as well.

If you join, you can meet people you may never have had the opportunity to run into anywhere else.

“In everyday life, we tend to socialize with people who are a lot like us,” Tom says. “Rowing, as the common denominator, brings together a wildly diverse group. The team spirit—the synchronized motion—is a bonding thing, and since it’s a fairly obscure sport, when you fall in love with it, you really value the company of the others who get it too.” 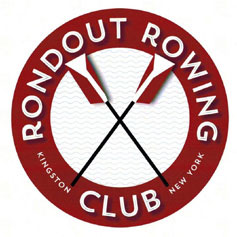 Summer Boating On The Hudson

Winter Recreation for the Whole Family