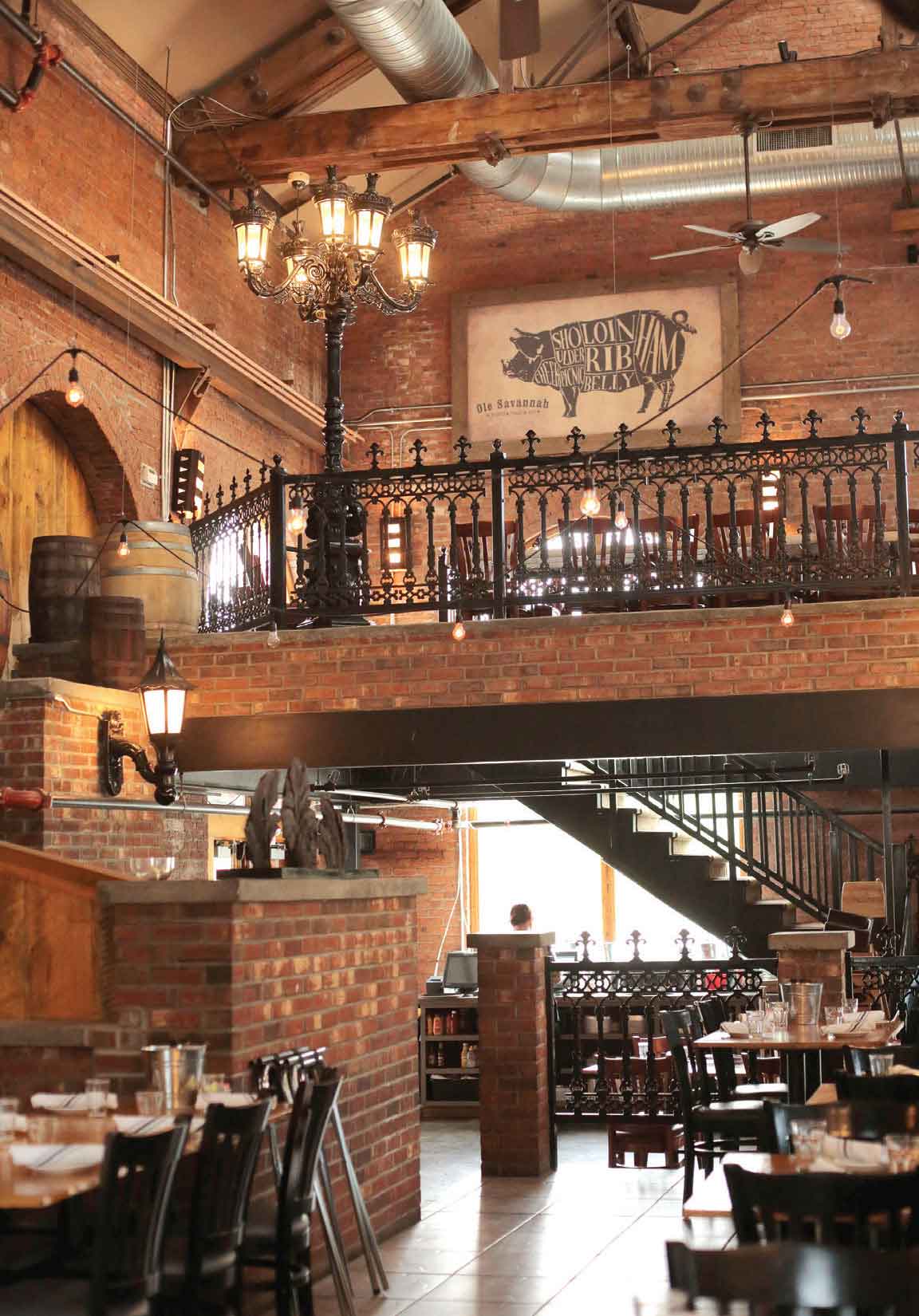 What could be more mouthwatering than fall-off-the-bone barbecue or more satisfying than New Orleans gumbo? Not much. Ole Savannah brings the flavors of the South to New York in a setting that is as uniquely Hudson Valley as a shrimp po’boy is Southern.

Restaurant pros Dave Amato and Mark Guido were thrilled to get their hands on 100 Rondout Landing. With exposed beams and high vaulted ceilings, the historic waterfront location evokes the Rondout’s shipbuilding era and is located right next to the rapidly evolving Maritime Museum for those who would like to soak up some history pre or post-feast. 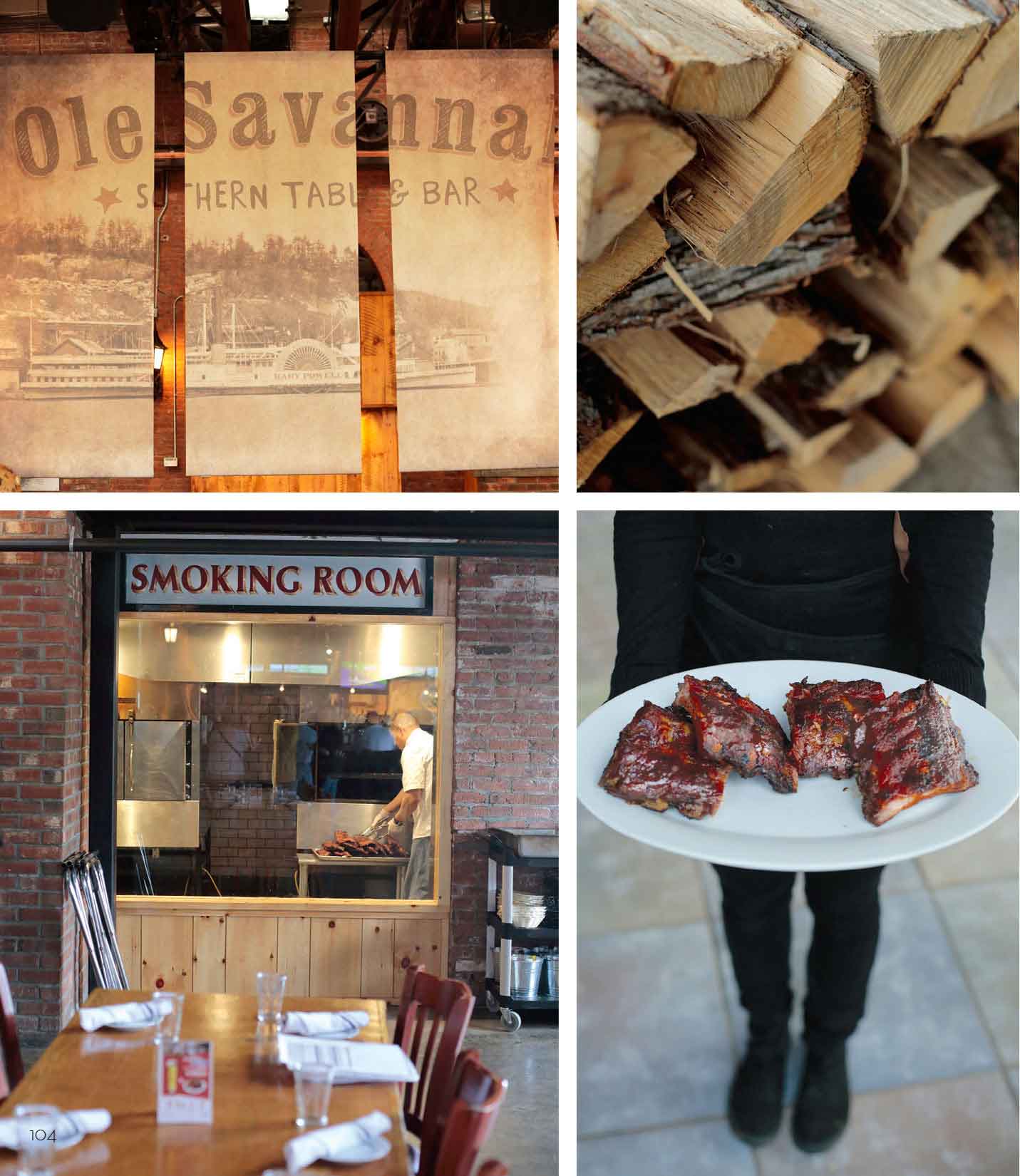 Whether you come to Ole Savannah by land or by water, you are in for a treat that is hard to find in the Northeast.

“The building and setting are unparalleled,” says Dave, a Culinary Institute graduate who started his career by working in his dad’s Italian restaurant as a teen. In his 25 years in the business, Dave’s ventures have included Cosimo’s in Orange County and Carmine’s in Kingston.

“It was originally a steamboat repair business, part of Cornell Steamboat. The building was designed so that steamboats could be piloted into it and hoisted up for repairs,” he says. “The giant hoist is still here.”

Nobody’s piloting steamboats into Ole Savannah these days, but hungry boaters were all over the establishment’s Facebook page this spring, wanting to know if the docks were in yet. Dave, Mark, and their partner Joseph O’Connor put some serious thought into what would complement Kingston’s burgeoning foodie scene, ultimately deciding on Southern food. 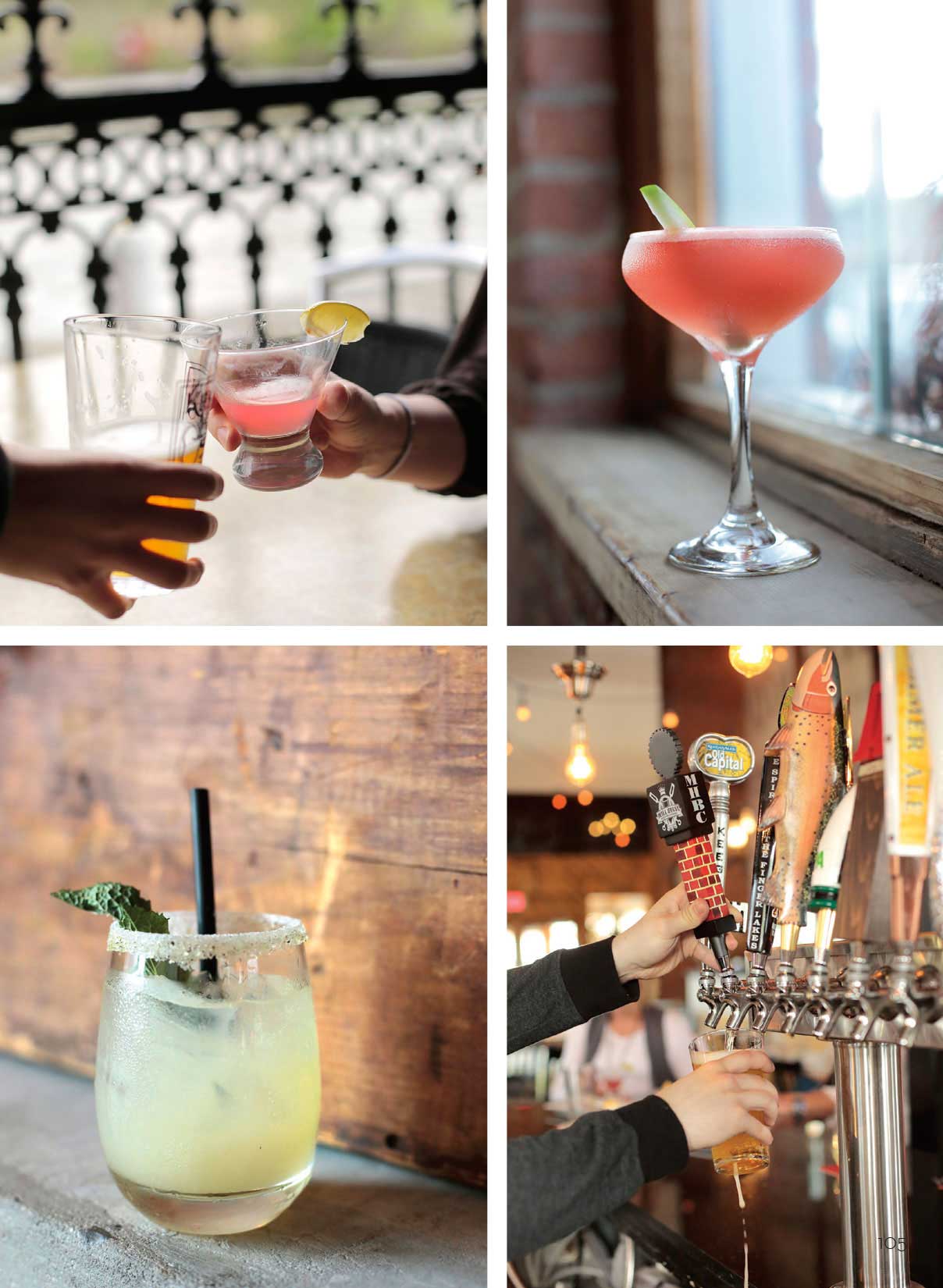 “We wanted to do something trendy and different, and Southern food was growing very popular,” says Dave, who had been inspired by Danny Meyer, a New York City restaurateur and chef known for his Union Square Café and Blue Smoke.

“He’s one of the top restaurateurs in the world, and it was his opening the Blue Smoke that really started the barbecue revolution in the Northeast,” says Dave. “So, I found the guy Danny hand-picked to travel all over the South and research the cuisine before the Blue Smoke opened.”

That guy was Kenny Callaghan, the Johnson and Wales University graduate whose resume includes the Helmsley Palace and the Russian Tea Room. Kenny’s tenure at the Union Square Café also earned the restaurant a spot on Zagat’s “NYC’s Most Popular” list.

“I called Brian Miller, the New York Times food critic, and he put me in touch with Kenny,” says Dave. “It so happened he had just resigned from the Blue Smoke. We hit it off; he’s a great guy.”

Thus, Ole Savannah acquired a top-notch consulting chef. Kenny designed a menu based on his experience bringing Southern and barbecue to a New York setting, and Dave and his crew continue to keep things on point.

“And we try to cater a little bit to everyone. We serve trendy dishes for foodies, comfort food for families.”

“The principles remain the same, no matter what kind of cuisine or where you are: good food, good service, customers first,” Dave says.

The Rondout draws a lot of tourists in the spring, summer, and fall, but locals have also grown very fond of Ole Savannah and its holiday specials, weekday happy hours, fundraisers, and live music. There are also indoor and outdoor bars, and Ole Savannah offers complimentary appetizers and local food and drinks.

The restaurant opened in May 2015, and Dave says he is happy with their first year.

“We’ve had steady business and great feedback,” he says. “People love the Southern fried chicken and the smoked brisket, which is the hardest meat to really get right, and you just don’t find fried green tomatoes everywhere around the Hudson Valley.”

Ole Savannah also caters and hosts private parties, and future plans include acquiring a big tent to expand outdoor event capabilities. They are also thinking of opening a second location, but only if they find one that holds up to their current Kingston spot on the Rondout River.

“Right now we’re having a great time with this one. I hire great people with experience and personality and make sure they share our feeling: this isn’t just any business,” says Dave. “Feeding people and making them happy is a lifestyle, and the best part really is the people—the new ones you meet and the regulars who keep coming back.”

Ole Savannah is open seven days a week for lunch and dinner, from 11:30am to 10pm on Monday through Saturday and from 10am to 9pm on Sunday. Visit olesavannah.com to find out more or scope out the menu. 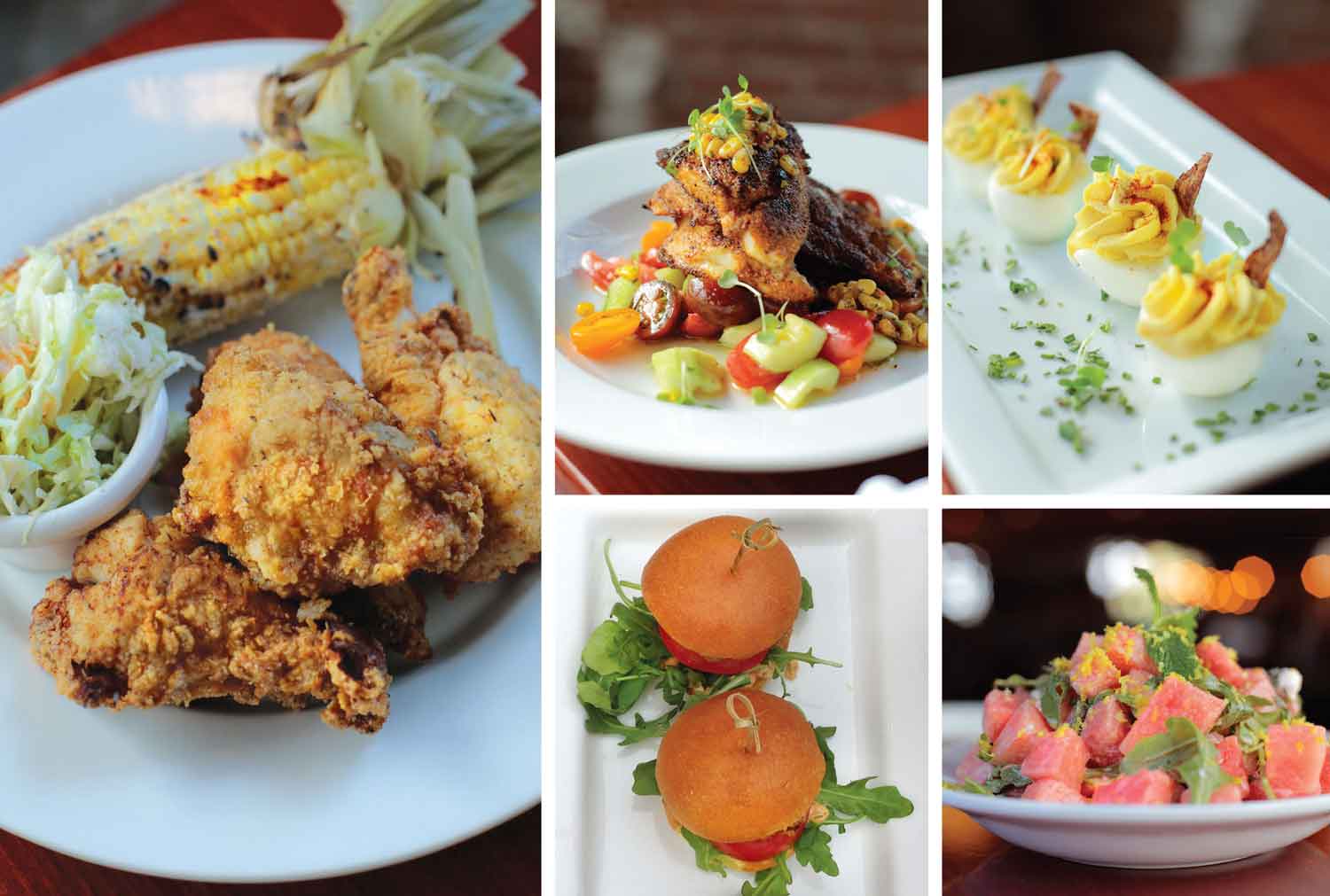