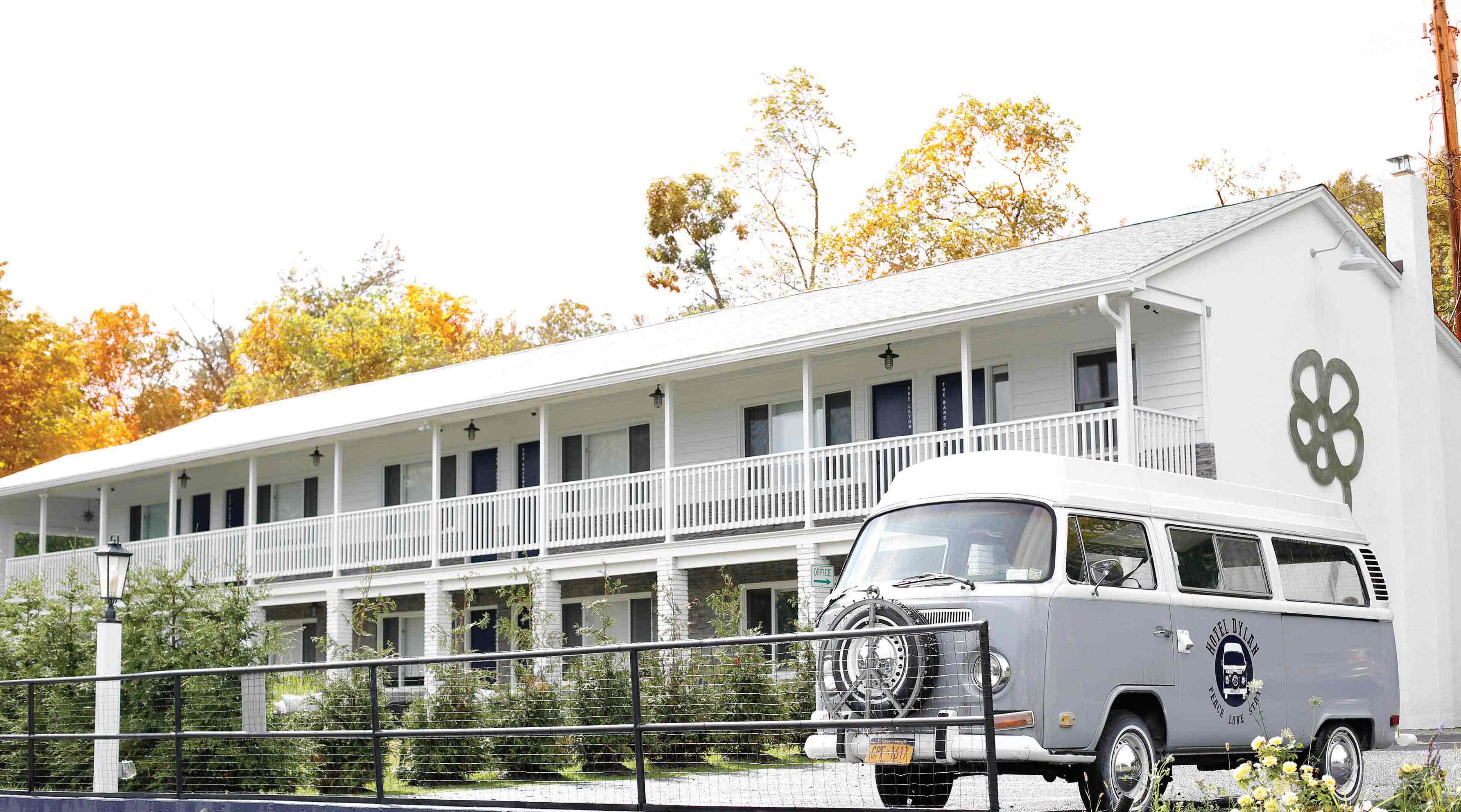 The joyous lake, a Woodstock club that opened in the 1970s, was the place-to-be for decades. Customers would fill the restaurant and bar, leaning back with drinks in-hand and listening to live music. Some nights, a young local band would play, only to be joined onstage by legends like Paul Butterfield.

Paul Covello fondly remembers the music of those days, and the Woodstock-area native hopes to recreate the same atmosphere at Hotel Dylan. Sitting on Route 28 across from the Ashokan Reservoir—and just a seven-minute drive to Woodstock—Hotel Dylan channels the spirit of the iconic art colony through mountainside comfort.

Guests, hailing from places as diverse as the tri-state area, Great Britain, and Australia, frequently meet at the hotel’s fire pit to strum guitar, roast marshmallows, and have a few drinks after a day spent hiking Overlook Mountain or attending a concert at the Bearsville Theater. Hotel Dylan gives them a chance to wind down among like company.

“We just decided to stick with what makes woodstock woodstock and really embrace the communal atmosphere,” Paul says, “so we put the fire pit dead center in the middle of the lawn.” 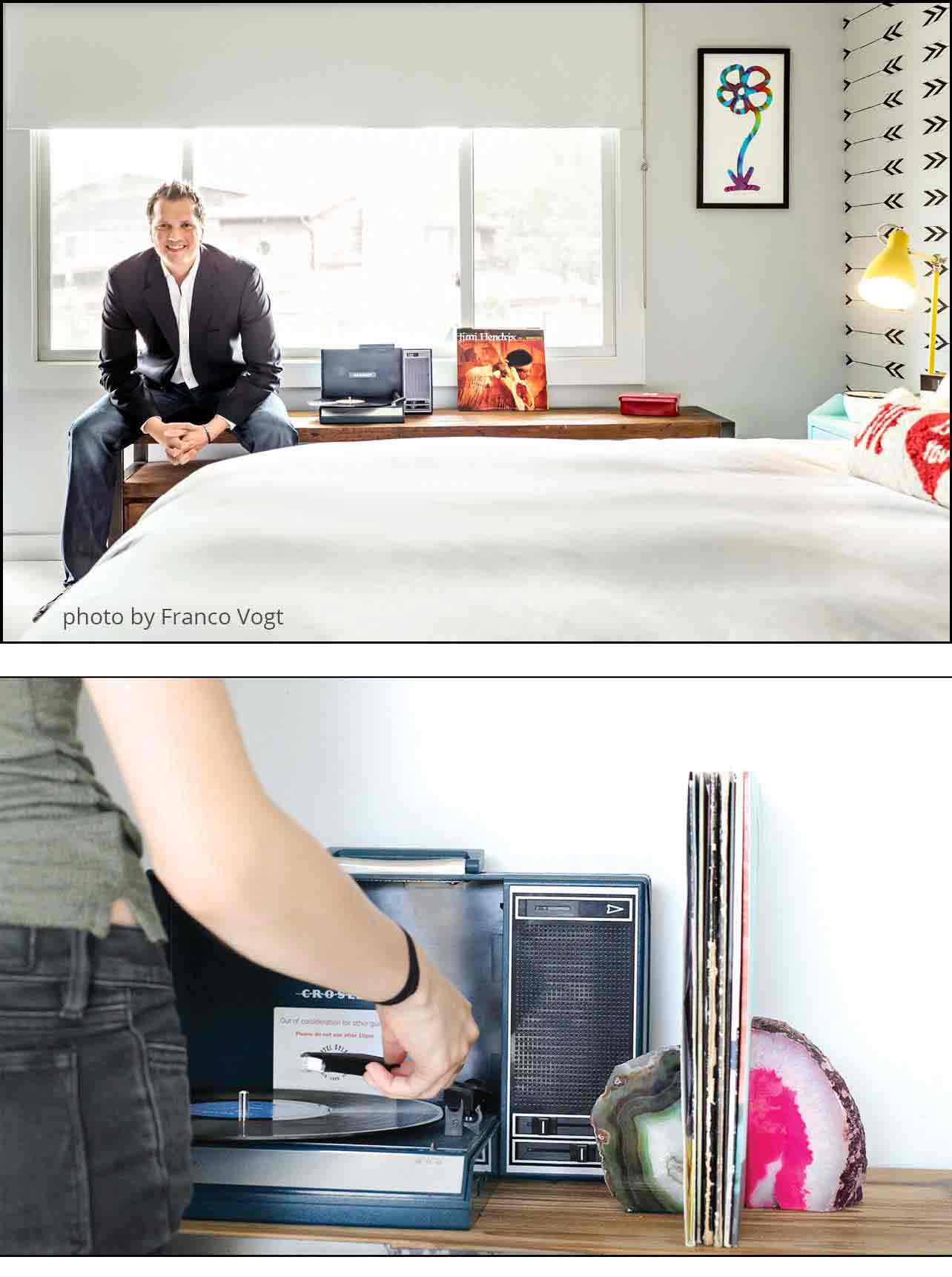 Paul bought the Hotel Dylan property after his brother built 28 West Gym on the other side of Route 28. It was a way to tap back into his Woodstock roots after moving to Manhattan. Now, Covello returns to the Hudson Valley on weekends to check up on the hotel. 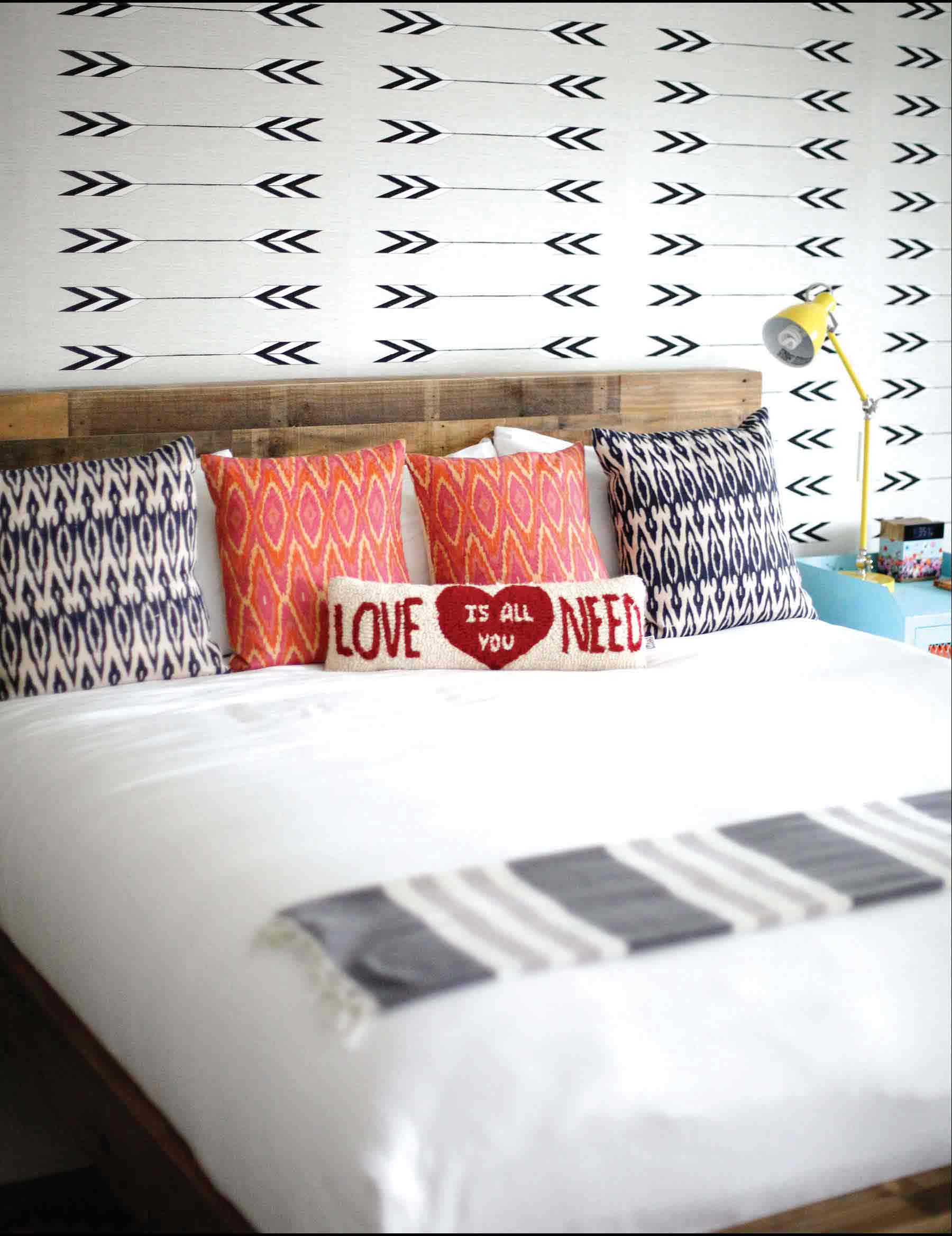 Small nods to Woodstock’s heritage are everywhere at the hotel, including in the names of the rooms themselves.

Hotel Dylan guests can get deeper into the spirit by grabbing a vinyl record from the lobby. They can play Van Morrison’s 1970 album “Moondance”—which was recorded in Woodstock—in the Van room while glancing at a print of the album cover on the wall. In addition to that photo, others by Elliot Landy, acclaimed Woodstock photographer, decorate the rooms at Hotel Dylan.

“The main thing that we really hammered home with the designers is as local a feel as possible,” Paul says. “We wanted to really make everything look homey, like someone lived in the room.” The local theme carries over to the Hotel Dylan shop, which sells local products like honey, maple syrup, jewelry, and artwork. The store is a new addition to the hotel, along with a swimming pool and the Santa Fe Restaurant. With locations in Tivoli and Kingston, Santa Fe expanded to Hotel Dylan with a 150-seat restaurant that can

“ THEY COME BACK AND EAT GOOD FOOD, HAVE A GOOD TIME, AND LISTEN TO SOME MUSIC, says Paul.”

comfortably seat 25 at the bar. Guests and the public can enjoy margaritas and maybe some chips and guacamole, continuing the good vibes into the evening. The hotel does not offer charter service into Woodstock, but lobby workers do frequently drive guests into town.

The music is the final piece of the Hotel Dylan puzzle. Hotel Dylan will be opening an event space in early 2017, where Paul will present regular concerts featuring local musicians. The goal is to recapture some of that Joyous Lake magic.