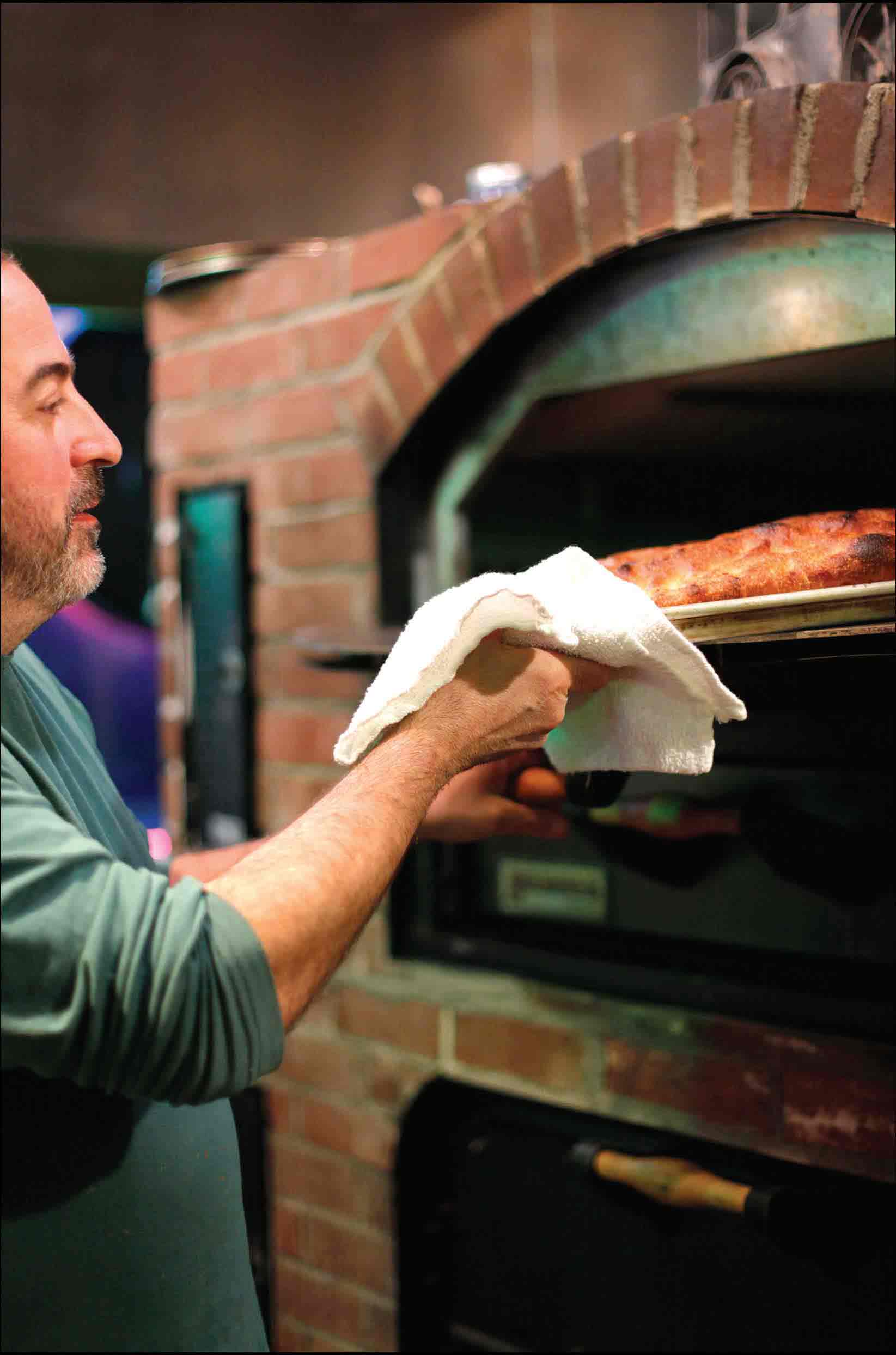 
nestled amid wild hills in the tiny hamlet of krumville the country inn has long been western ulster county’s best kept secret.

Back in the day, only people in-the-know could find this funky, remote roadhouse with a pool table, a jukebox, and over 500 world-wide beer brands, but the favorite Catskill spot soon became a destination for beer enthusiasts from near and far. When craft beer pioneer and former Country Inn owner Larry Erenberg retired to Puerto Rico in 2003, he chose Peter Rinaudo, a New Paltz native, as the heir to his three-decade run of good inn keeping.

The original plan had been for Peter’s daughter, Jessica—a graduate of the Culinary Institute of America in Hyde Park—to run the kitchen while Peter ran the floor, but Jessica chose to pursue a nursing career like her mother’s. Now, Peter’s cooking and loving it. His favorite dish is his Bucatini con la Polpetta: pasta simmered in meat sauce and topped with a giant meatball.

"i married the man for his meatballs and sauces, says Peter’s wife, Diane."

Peter learned to cook “Italian from the heart” from Ernie and Rachel Toscani, owners of the legendary Toscani’s Delicatessen in New Paltz.

“I started working there when I was 10 and stayed until I graduated college,” Peter says. “Then I worked for UPS until this came along.”

Under Peter’s reign, The Country Inn has become much more than a standout beer bar. It is now The Country Inn, Deli, Restaurant, Market, and Love Shack.

“I didn’t want to alienate anybody,” says Peter. “I was buying a business with an established clientele—which is wonderful—and I didn’t want anybody feeling like they’d lost their comfort zone.” So, Peter took his time, making gradual renovations and adjustments to the menu.

“It used to be that funky roadhouse on the hill,” he says. “Now it’s the funky Italian place on the hill.”

Five hundred beers from all over the world are still offered at The Country Inn, but the cuisine that accompanies those beers has transformed from basic pub fare to fresh, house-made food. Peter and Diane raise their own pigs for sausage, and they gather eggs from their own chickens and ducks. 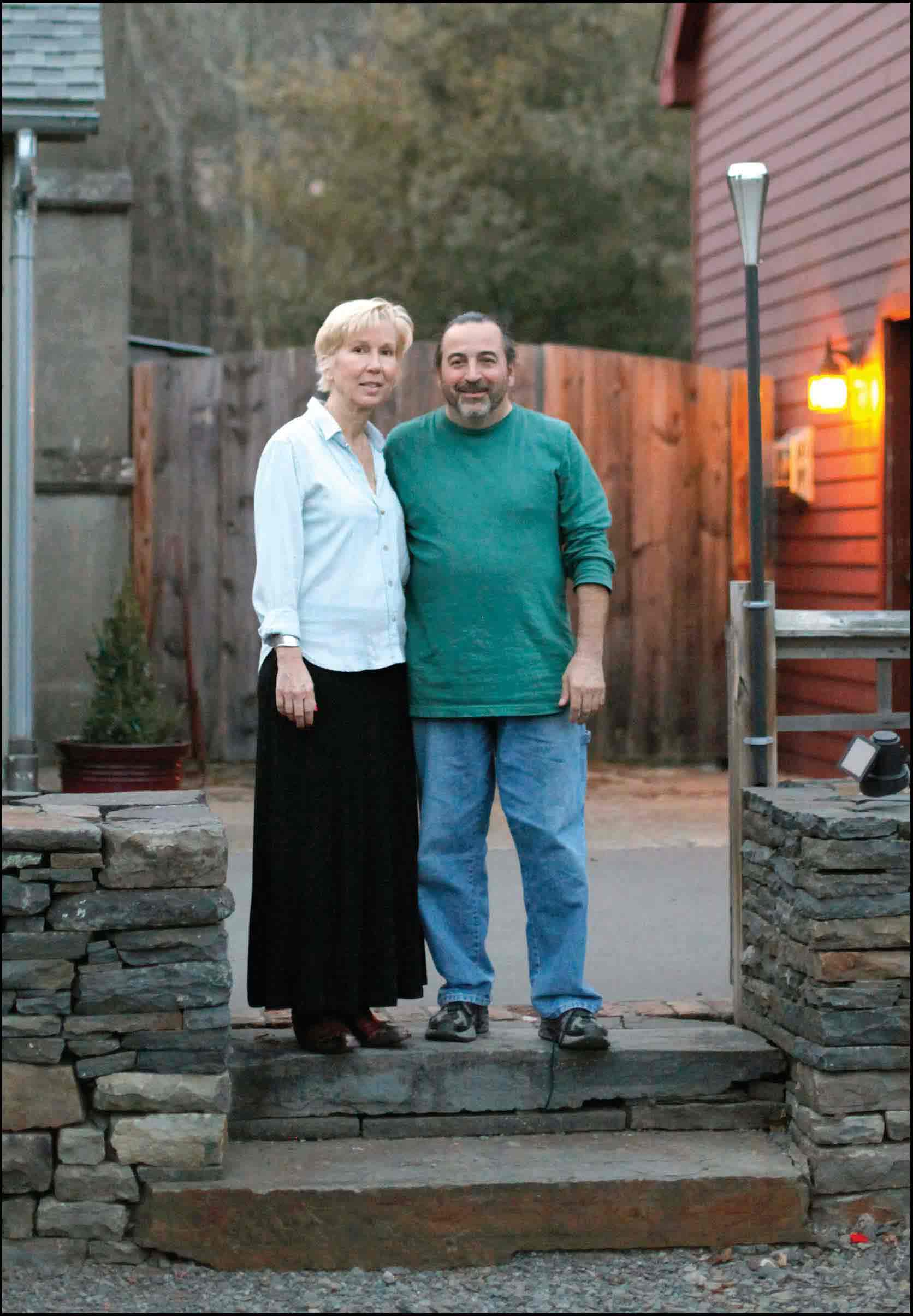 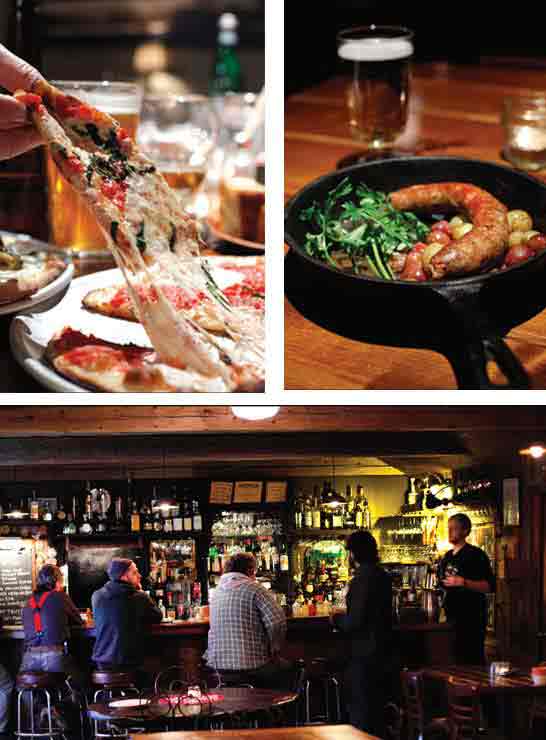 Country Inn customers can choose from a menu of delicious, authentic Italian dishes, like their Homemade Sausage and Grapes, which are glossy and served in a skillet, or their Verdi con Aglio, aka greens with garlic.

A visit to The Country Inn is like a trip back home, with a patio and stone fire pit overlooking a pond. Present-day customers have an easier time finding the inn than old timers did, visiting for dinners, holiday feasts, weekend breakfasts, and long evenings set to jazz tunes.

The atmosphere has always attracted a good crowd, and the Rinaudos are enjoying building relationships with their customers.

“My favorite part of all of it,” says Peter, “is definitely the people. We have no cell service… no distractions... just good food, good beer, [and] great company.”

Diane especially appreciates watching relationships develop from couplehood, to marriage, to the start of families.

“We’ve had a couple of small weddings here—our limit is about 60 people—and there’s been a powerful sense of enchantment and love in the air,” says Diane. The enchanting love is fostered by the inn’s Love Shack: a comfy rental cabin just steps away from

the restaurant. It’s been so successful that the Rinaudos are creating a bed and breakfast. “I want to make it a place of peace and healthy food—a healing kind of place,” says Diane, “a place where you can relax, take a deep breath, and find your Zen.”