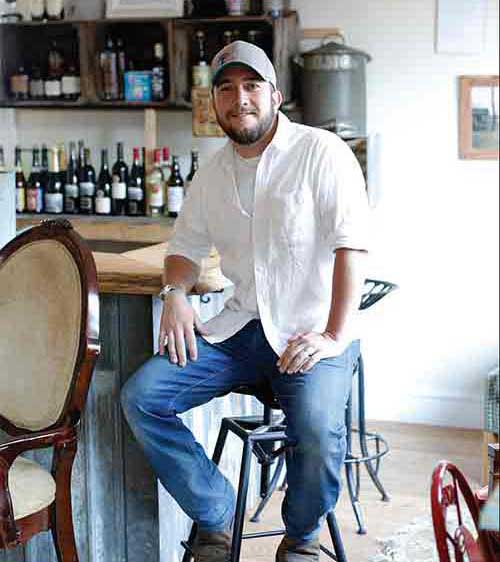 Gardiner Liquid Mercantile is so much more than a great place for a drink; it's a centralized location to find locally made products, to munch at a delectable restaurant, and to connect with the history and the future of New York’s craft distillery culture. Gardiner residents and visitors are delighted to find the hamlet's communal living space has arrived at last.

The Mercantile opened in November of 2015, and people have been quite impressed by its offerings, like blueberry-mint gin, watermelon-pineapple adult slushies, sriracha deviled eggs, and more. Bartender Zoli Rozen and Chef Patti Lowden are making legend as they showcase their hyperlocal supply chain in an intimate 30-seat room where guests rapidly become friends.

Owner Gable Erenzo was attending college in Colorado in 2001 when his rock-climbing dad, Ralph, moved to the area and purchased the historic 36-acre Tuthilltown Gristmill property. Ralph had planned to open a campground and hostel for his fellow climbers and maybe host a few events. Gable returned from

Colorado and enrolled at SUNY New Paltz to finish school while helping his dad with the campground plan, which ran into some opposition from neighbors and never came to fruition.

The door had barely swung closed before another door swung open, and this new idea would impact the entire state economy. Ralph lobbied Albany to change farm distillery laws and open up the field to small-batch startups, succeeding in 2007.

Gable had graduated from SUNY New Paltz by that time and set off to see the world a bit, working with a New York City concert production outfit and discovering a knack for marketing. Then, he was in the final stages of

signing up for a two-year stretch with the Peace Corps when he received still more news from his dad: Ralph and his business partner, Brian Lee, were moving forward with plans for their distillery and would love to have Gable’s help.

“I learned all about distilling and making whiskey,” says Gable. “I went out on the road as the Tuthilltown Spirits brand ambassador, dealing with distributors, doing social media and other marketing stuff.”

To say he did well is an understatement. Ten years later, Tuthilltown’s status on best-of lists is firmly established—and there are over 70 farm-based distilleries in New York. 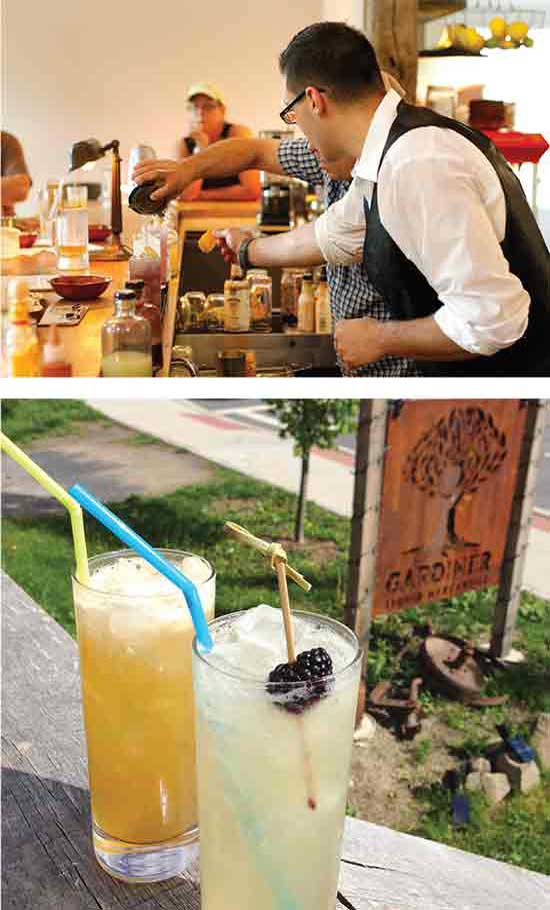 When the Cuomo administration tweaked the law in 2014 to allow farm distilleries to establish and sell from branch offices, Gable saw an opportunity. He’d been wanting to get off the road and back into distilling, and he was interested in hospitality as well.

“I’d always wanted to get more into distilling fruit, so I spoke to Tim Dressel about putting a still on his family farm,” says Gable. “He said ‘absolutely’ and leased me part of his cidery.”

Gable loved turning fruit that would have become compost into something delicious, but he still needed to find somewhere to sell his product.

“I wanted to be on Main Street in Gardiner and found the perfect space at 128,” he says. “It was an empty shell, which was a bit of work but meant we could make it perfect.”

The resulting Farm Bar includes bar and counter seating as well as outdoor seating on Main Street and on a side patio, and the Mercantile is a place where guests can purchase “ethically handmade and delicious” local whiskey, vodka, cider, wine, honey, coffee, bourbon balls, and more. 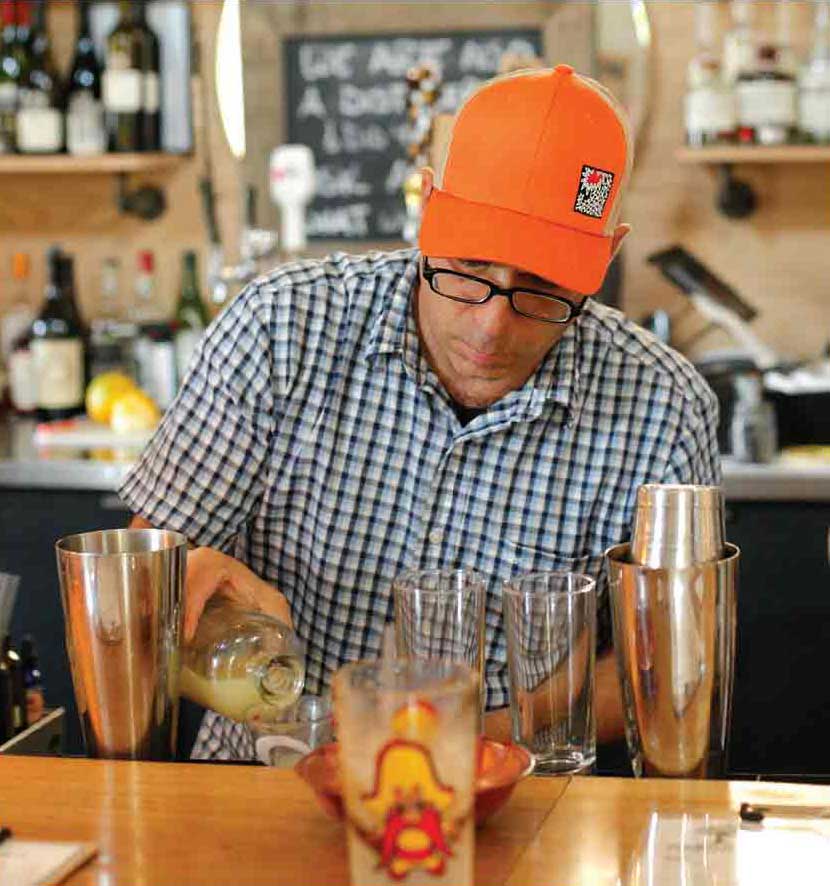 Chef Patti, formerly of what used to be the Hopped Up Café in High Falls, built a menu of tasty mainstays like a ploughman’s lunch, creative sliders, organic chicken liver paté, and pickled goodies.

“The fixed menu is deliberately limited because the special board changes daily, offering unique seasonal food and cocktail specials,” says Gable. “Oh, and there’s always free popcorn! And we run tastings and specials where our producers like Whitecliff and Yard Owl, join us for the afternoon.”

Besides the art of distilling, Gable’s favorite aspect of his business is the people he meets.

“We get a little bit of everybody—locals who grew up here, transplants, and newbies who say they could never have imagined a place like this in such a tiny town,” says Gable. “We get rock climbers, skydivers, and a regular who comes in every day for a beer and food after his two miles on the rail trail.

Gable loves his staff as well. “They’re tight-knit, and they love being here—and it shows,” he says.

In the near future Gable expects to fill the shelves of the Mercantile with more of his own creations. “I have some amazing batches coming up,” he says.
“I’ve been working with peaches, pears, and strawberries.” He also started making eau de vie, an unaged brandy fittingly dubbed “the water of life” by the French.

Meanwhile, papa Ralph now has a good place to stop for a quick nip or a locally-roasted coffee on his way home to Tuthilltown. “He seems to be a very proud papa,” Gable admits. “He stops in a lot, and he’s always got this little grin on his face.”