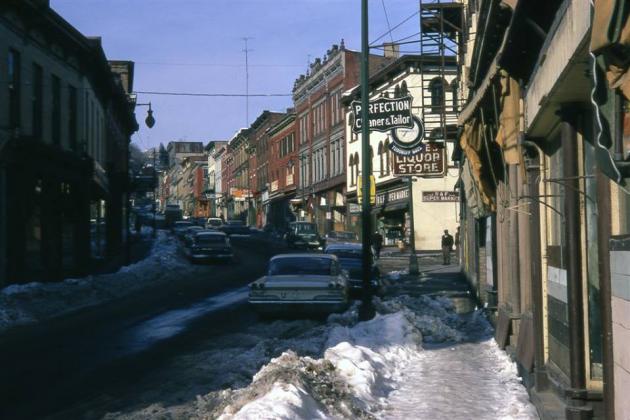 A film showing and Q & A with the filmmakers, Stephen Blauweiss and Lynn Woods.

In the late 1960s, hundreds of buildings were torn down and thousands of residents were displaced in Kingston’s downtown Rondout district in a federally funded urban renewal project. To preserve what was about to be lost, Gene Dauner took 900 photographs of downtown. Based on his photos and interviews with people who were there, Lost Rondout seeks to recreate a vanished community.

Stephen Blauweiss is a filmmaker and graphic artist. Lynn Woods is a journalist and painter who moved to the Rondout nearly 20 years ago.